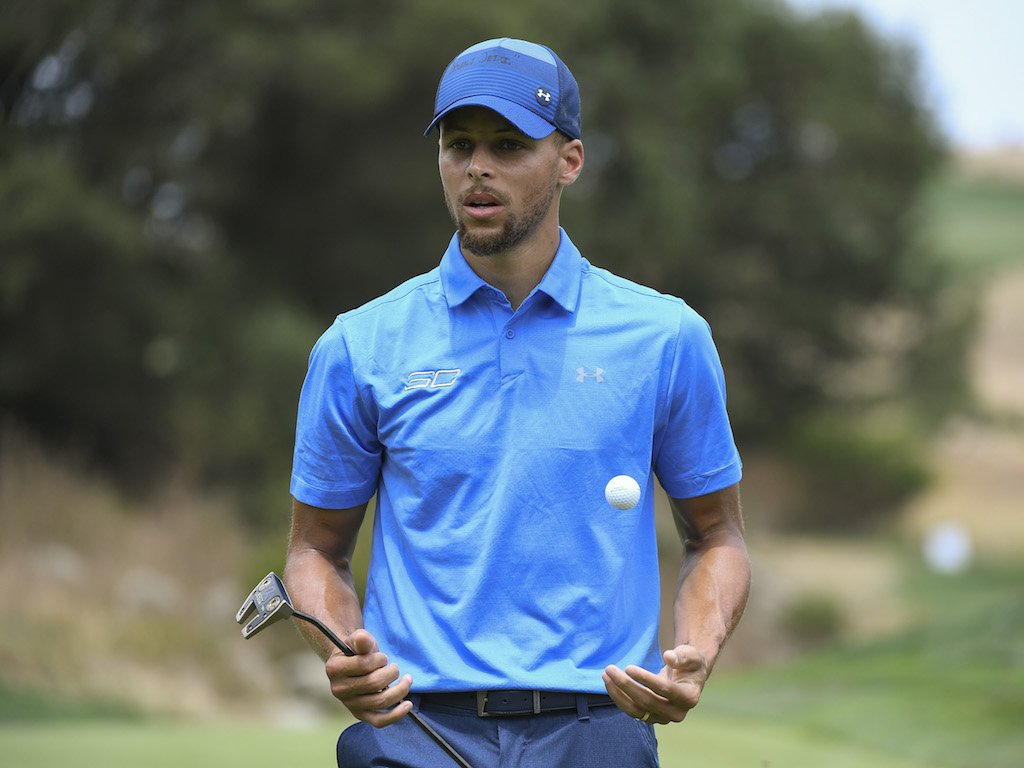 The college golf recruiting process is complicated and often causes undue stress on players and parents, resulting in exhausting financial and emotional resources to secure college placement. Throughout the process, players and parents often attempt to better understand how and why certain players are recruited aggressively while others are often overlooked. To complicate matters, colleges appear to be recruiting players younger and younger, creating an urgency for players to play more competitive, regional and national events at an earlier age.

To help parents, coaches and junior golfers in the process, with the cooperation of the American Junior Golf Association (AJGA), the Golf Coaches Association of America (GCAA) and Dr. Bhrett McCabe, we created a survey for players participating in the AJGA Senior Showcase in Florida. The goal of the survey was to collect information and to help tailor tools to assist players and parents through the collegiate recruiting process.

The online, optional survey created by Dr. McCabe, the AJGA and myself had 8 questions and was sent via email to participants the week of the tournament. The survey was optional. Fifty of the 71 participants in the field completed the survey and spent an average of three minutes. The survey asked players:

What We Learned about the Participants

In the AJGA Senior Showcase field, the average age to become interested in golf was 9.2 years with 30 percent of golfers starting at 5 years of golf or younger, 54 percent of golfers starting between the ages of 10-14, and 10 percent starting between the ages of 6-9 years old. The average age for the participants first 36-hole tournament was 13.48 years and only 10 percent reported playing a 36-hole event before their 10th birthday. We also know that the average player started the recruitment process early into their junior year and have spent, on average, about 43 hours of time emailing and calling coaches.

What the Data Tells Us

The data highlights that many respondents to the survey were at one-time, multi-sport athletes, and while many started playing young, the average player took a larger interest in golf as they grew older. Nearly 75 percent of the respondents felt it was necessary to specialize in golf to be recruited to play collegiately. In our opinion, this is likely creating a struggle, in that players are transitioning to golf from other sports in their early teenage years, but feel that specialization is necessary for collegiate advancement, particularly in Division I. The perception of successful early specialization only creates greater concern when those that have played longer have early success and separate themselves from the field as compared to those that are learning to play at a prominent level after transitioning in from other sports. When the “optimal recruiting window” is shifting younger and younger, those who do not specialize, but who have enormous potential, may be overlooked, feel greater pressure, or possibly overtrain in order to level the playing field.

Although early commitments often get media attention, there is data to suggest that players still have significant opportunities well into their Senior year of high school. Data collected by reviewing numbers on Junior Golf Scoreboard up to 35 percent of people sign scholarships in the late signing period.

Further, a review of data from previous senior showcases (2013 to present) shows a pattern of winners having opportunities at Major Conference schools with past participants getting opportunities at schools like University of South Florida, Oklahoma State, Ohio State and University of Arkansas to name a few. Overall, since the Senior Showcase concept started in 2012, the AJGA reports a better than 60 percent success rate among all players in these events ending up on a college golf team that next Fall.

Below, please see data on previous Senior Showcase participants, the school they attended and their finish in the showcase.

Although the population data here is small and likely involves more than just one week of good golf, it does demonstrate that strong results in tournaments after the November signing period can lead junior golfers to fantastic opportunities. The data is also supported by other tournaments, such as Doral where former winners Hurley Long and Ivan Ramirez, both uncommitted before the tournament, signed to play major conference golf at Oregon and Texas Tech, respectively.

It is important to note that for the class of 2015, the NCAA changed the rules on contacts — when coaches are initially allowed to text, call and email recruits. Up until the class of 2015, coaches were not allowed to contact players until July 1 between their Junior and Senior years. Now, coaches can contact Prospective Student Athletes September 1 of their Junior Year. This rule has had significant consequences for recruiting; now coaches can look at players in their junior years and senior years concurrently. Before this rule, it was more likely to have coaches take a player late, because they did not know the potential for future recruits. With the new rule, now coaches are more likely to opt out of late players and put money into the younger player. Coaches rely heavily on ranking to determine fit and when two players are ranked similarly, they are more likely to take the younger player who has more room for development.

The survey also tells us that 72 percent of participants believe that you must specialize in golf to play Division I golf. Of the data collected, this might be the most significant; clearly young people are getting the message that specialization is necessary if they have dreams of playing Division I golf. This message is understandable; as players see information online which perpetuates the stigma that the best athletes are early developers and have experienced relatively linear development, consistently getting better each year.

Early specialization has gained significant attention over the last few years. In a 2013 American Medical Society for Sports Medicine survey, 88 percent of college athletes who were surveyed played more than one sport as a child. Specialization is continuing to increase, however, despite its reported consequences. In a 2017 TIME article about the growth of the youth sports industry, the industry is estimated to reach beyond $15 billion per year and the pressure to secure college scholarships is only intensifying the specialization urgency. Early experiences in the game of golf were fantastic and in efforts to grow the game, exposing players to positive benefits of the game such as sportsmanship, motor learning, and resiliency, can prepare them for life ahead. It is important that we continue to educate and refine resources to maximize the recruiting process and allow those players ready to compete the opportunity to compete at the school that is right for them. Research done by Dr Neeru Jayanthi of Emory University and associates, suggests early specialization in a single sport is one of the strongest predictors of injury. Athletes in the study who specialized were 70 percent to 93 percent more likely to be injured than children who played multiple sports.

Although some PGA Tour players have significant success at every level like Rory McIlroy and Jordan Speith, many take years to develop their games and represent a comprehensive, longer path to professional success. For instance, I (Brendan Ryan) went to school at Campbell University with PGA Tour player, Brad Fritsch. As a junior at Campbell University in 1998-99, Brad averaged 73.79, which was the 4th best average on the team. As a Senior, he got a half shot worse and averaged 74.32. Today, however, he has played in the U.S. Open, won on the Nationwide Tour, and has earned over $1.2 million as a professional golfer. This story demonstrates that too many parents, coaches and student put emphasis on current results, rather than a commitment to long-term development.

The data collected in the survey demonstrates participants of the AJGA Senior Showcase are on a very healthy development track which includes playing multiple sports background. Many of these players will go on to play college golf and should be aware with further dedication to the sport have possibilities, if they wish, to pursue golf at the professional level, while others will combine academics and athletics to learn invaluable life skills which will give them advantages as they enter the work force and become tomorrow’s leaders.

Yo GolfWRX: What’s your favorite gambling game on the golf course?