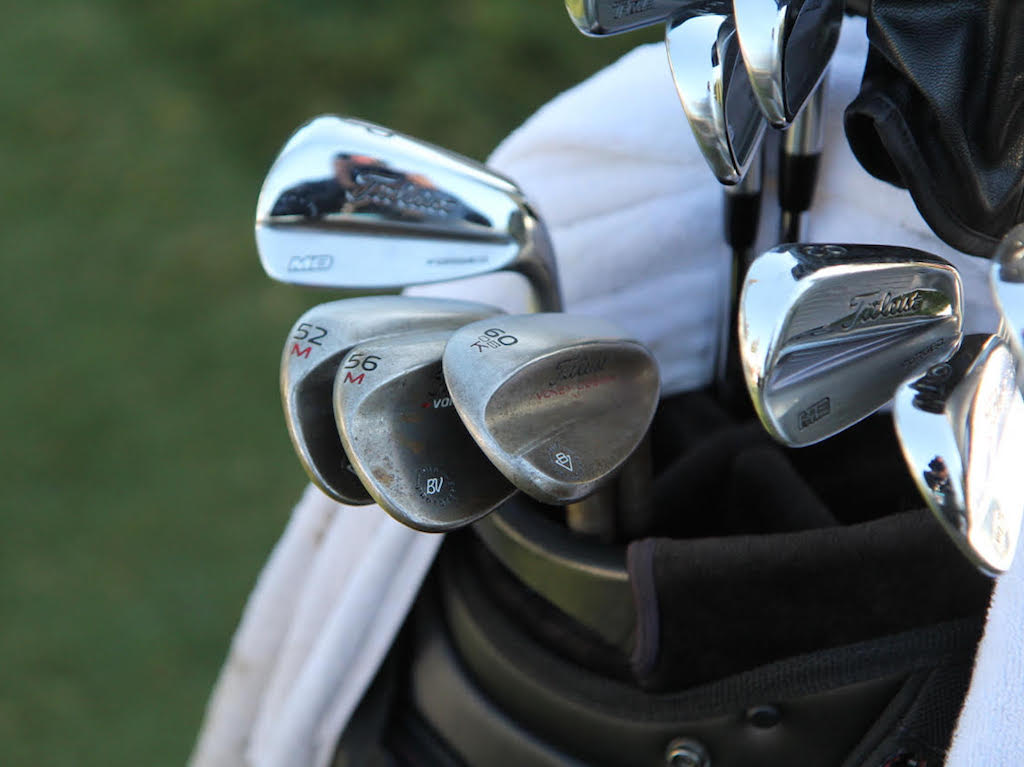 Patton Kizzire nabbed his maiden PGA Tour win at last week’s OHL Classic, outlasting a late charge from Rickie Fowler. He raised his first Trophy with a bag full of Titleist equipment and a Titleist ProV1x.

Following the event, our Andrew Tursky had a revealing chat with Patton about the win and the clubs he used to do it.

GolfWRX: When you’re leading down the stretch, are you leaderboard watching? Does a big name like Rickie Fowler chasing you have any effect on your mentality/gameplan?

Patton Kizzire: For most of the tournament, I try not to look at the leaderboard. I took a long look on 15…and I just wanted to make sure nobody was ahead of Rickie and closer to me, and I just went from there.

GolfWRX: Do you get defensive or less aggressive down the stretch? Are you aiming away from pins, or are you ‘head down, keep it going’?

PK: It’s all situational. On difficult holes, maybe [I] play a bit more conservatively. I certainly wasn’t willing to take any chances with a three-stroke lead. I was playing the percentages. I maybe didn’t hit the best shots of the tournament there toward the end. The beginning of the back nine — 12, 13, 14 — were not my best tee shots. But I certainly wasn’t trying to play defensive. I was trying to play aggressively to conservative targets.

GolfWRX: Were there a lot of nerves coming home down the stretch?

PK: It was a little nerve wracking, but it wasn’t my first time in contention. I was able to draw on some of my near-misses, especially the Safeway Open last year. I was in a very similar spot on the weekend on Sunday, and I didn’t get it done, but I was able to look back at that and learn a little bit.

GolfWRX: It looks like you don’t do a whole lot of switching. You’ve still got a 913 Hybrid in the bag and a putter that’s been in the bag for years, too. What does your testing process look like when Titleist comes out with new equipment?

PK: Titleist has been really consistent for me since I was 15…I’ve played Titleist equipment almost exclusively since I was 15 or so. Every year it seems they come out with something new, and I have so much trust in it. It’s a pretty seamless transition. I don’t switch much. I try to put the new irons in play, the new driver, the new woods.

But something like a hybrid, you kind of have a club you fall in love with over the years, and I’ve been a little bit hesitant to switch that. The new balls, the new woods, the new irons are pretty easy for me to get into. And the Vokey team…have done such a great job with wedges”

And I have to mention the putter. The Scotty Cameron GoLo putter has been in my bag for about five years. And I owe a lot of my success to putting.

GolfWRX: Do you ever look to switch out your putter, or do you just kind of love that one and it works for you? 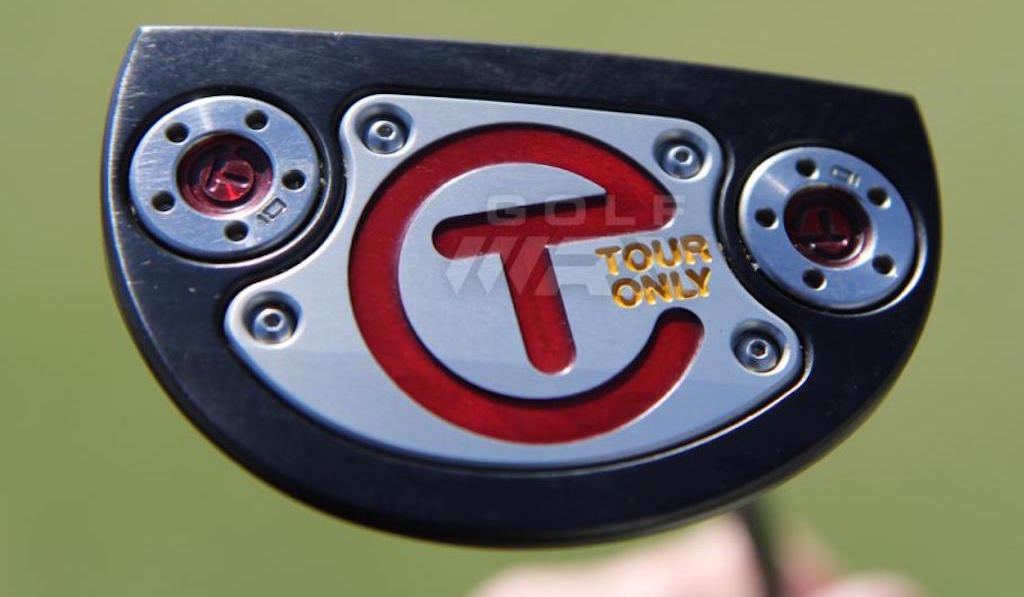 PK: I’ve toyed around with other putters here and there, but I always go right back to the GoLo. For whatever reason, maybe because I’ve used it so long, it just seems like what a putter should be. I feel really comfortable with it. I always gravitate back to the GoLo.

GolfWRX: What makes the wedges a good fit for you?

PK: The way they go through the turf. I like to have a strong leading edge to go through the turf. And the lob wedge needs to perform well around the greens and in the bunker. I’ve really been hitting my bunker shots well with my new 60 degree. I have different versions of the same wedges. Aaron [Dill] does great work in the truck. He kind of tweaks it here and there for me, and they perform like expect them to.

GolfWRX: How often do you switch out wedges?

PK: I get a new 60 degree the most…every four or five tournaments. New 56 and 52 every six to eight tournaments. I try to keep that 60 degree sharp. If we get to a course with firm greens and my wedge doesn’t have the bite that I want it to have, I’ll definitely give the Titleist guys a call.

GolfWRX: What kind of grind do you have on that 60?

PK: We call it the “Dufner grind.” I saw Jason Dufner had one like that about a year ago, and I told Aaron, “I want one like that.” I don’t know what the grind is, but it’s really good for me. [Note: The grind is a modified K grind.]

GolfWRX: One last question… How do the 718 irons look and feel different than the 716 irons?

PK: They don’t look a whole lot different. They’ve been holding their flight better in the wind. I’m able to get the long irons up in the air a little bit. That’s something I look for, being able to control the trajectory. I kind of imagine the shots that I want to hit, and the 718s are coming out on the flight that I want them to.

The good folks in New Bedford, Massachusetts, were kind enough to furnish us with some details about Kizzire’s setup.

Titleist tells us Kizzire switched to from the 915D4 driver to the 917D3 the first week it was available at the Quicken Loans National last year. He switched to the 718 irons to start the 2017-18 season at the Safeway. After missing the cut at in Napa, he has finished T10 (Sanderson Farms), 4th (Shriners Hospitals Open for Children) and then won the OHL Classic.

Titleist Tour Rep J.J. Van Wezenbeeck had this to say about working with Kizzire.

“Patton likes traditional look throughout his bag but needs vertical help with his angle of attack.  A 10.5 degree 917D3 helps him with launch but still controls his swing.  The shaft is based on a platform he had success with us early in his career and he really loves the feel.”

“The 917 F2 was a perfect fit for Patton early on.  He loved the ball speed and having a 16.5 allows him get great launch out of a club he has had trouble with in the past.  Titleist Tour Rep Jim Curran worked extensively on finding him a shaft that felt good, was the proper weight, and yet still launched the way Patton wanted. Tour Blue 95 fit the bill – and Patton has been in it for a year.”

“Patton loves the look of traditional irons and the 718 MB fit the bill for his look and his desire to control flight.  Now, as he moves up through his bag, he has multiple options in 718 which really helps his game. He moves to 718 CB at his 5 and 6 irons, and then carries the 718 T-MB at 4-iron which helps gapping and ball flight at the top of his set.”

“Patton has a old school approach to wedge selection.  When he finds a wedge he likes he will rarely make a switch. He doesn’t blame the wedge for poor or mishit shots. His technique is smooth and accurate with mid to high ball flight. His 52 and 56-degree wedges have been in the bag for a while now, and his 60 has changed a little keeping the width but changing the bounce angle for conditions. He likes an old school look which is why we add offset to his 60.”

“Patton has been using a Scotty Cameron GoLo model since his mini tour days. The one he is currently using was a backup that was made for him when he first earned his PGA TOUR card. He had a stock shaft and silver head version that he used for a long time, but he wanted to shake it up a little so we made him one with a black shaft and a dark finish. He loved it and after his victory said he’s pretty sure this one is in the bag permanently.”

Many thanks to Patton for the talk and the folks at Titleist for sharing some insights on the newly minted PGA Tour winner’s WITB.