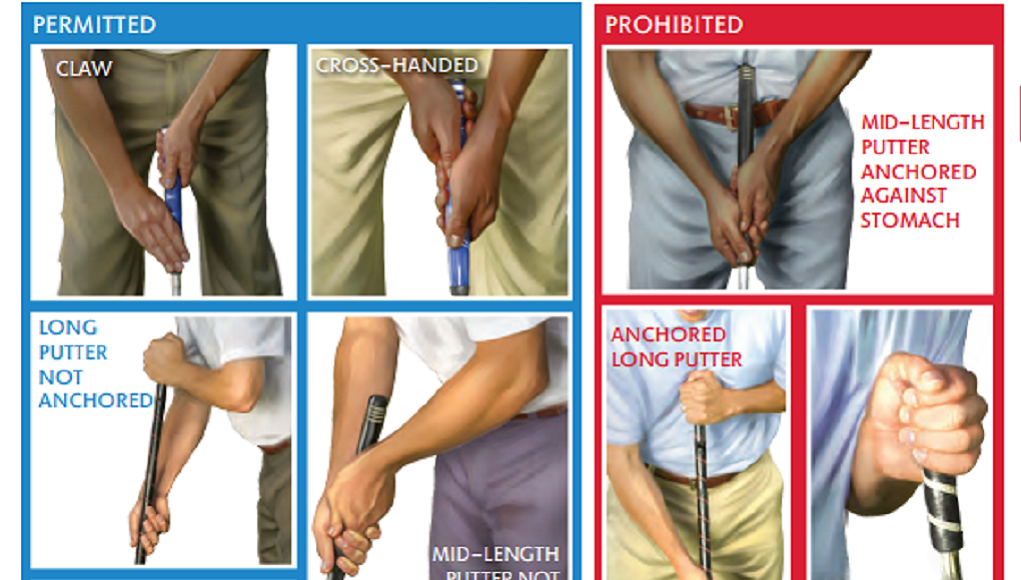 The USGA’s so-called “anchoring ban,” Rule 14-1b, has been in effect since January 1, 2016. In some sense, then, it’s interesting to see the controversial bit of legislation as a hot topic of discussion in the summer of 2017.

Enter Brandel Chamblee, a man whose middle name might as well be “further discussion.”

Chamblee involved himself in a Twitter debate about the legality of Langer’s putting stroke and has followed up at length with additional thoughts in a piece for Golf Channel’s website.

And since the matter of Rule 14-1b remains a topic of conversation, it’s worth looking at what this prominent voice voiced, as it were.

Chamblee’s essential contention is that by inserting the word “intent” in the text of the rule, players (ahem, Bernhard Langer) have a loophole to essentially anchor their putters as long as they claim they didn’t intend to.

No one would doubt Langer anchors as much of his forearm as he can against his chest and keeps the butt end of his long putter as close to his chest as possible. However, as millimeters of space remains between the grip and Langer’s chest and he doesn’t “intend” to anchor the putter (even if it occasionally touches his chest or shirt), he’s in the clear, per the USGA.

“Intent is the get-out-of-jail-free card for both the player and those who are meant to police the player,” Chamblee writes.

Interestingly, Langer’s real “intent” would seem to be to get as close to possible to anchoring without technically violating the rule. And if he crosses the line, well, he didn’t intend to, so… (collective shrug emoji).

This doesn’t sit well with Chamblee, who is troubled by the USGA’s abdication of adjudication on the matter and Langer’s lack of concern for placing himself beyond reproach, an essential element of the spirit of the game and the Rules of Golf, in Chamblee’s mind.

“Sports is about entertainment, but at its best it also communicates values…Which is why I cannot believe what I am seeing on PGA Tour Champions, with regard to the putting strokes of Bernhard Langer and Scott McCarron.”

So, what to do? Well, first we have to agree collectively whether we expect our professional golfers to strive to place themselves beyond reproach, well removed from any hint of suspicion, or whether we are comfortable with those inside the ropes pushing the rules to their legal limit, playing golf under clouds of suspicion.

If we’re not comfortable, Chamblee is again write in suggesting this rewrite of Rule 14-1b if the benefits of “anchoring” are truly what golf’s governing body wants to stamp out:

“The rule should be rewritten to state that there must be a clear separation between the club, the gripping hand and all parts of the forearm, from the body. That in the case of any part of the club, the gripping hand or the forearm brushing against one’s shirt in the course of the stroke, it will be reviewed by the committee, for the randomness of its nature and for the potential benefit of the contact.”