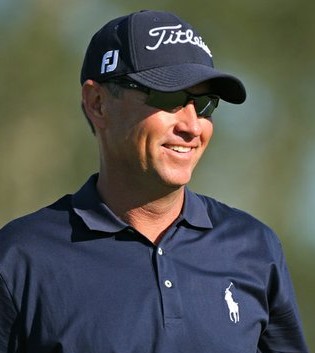 By no means did The McGladrey Classic have a sophomore slump in 2011. In fact, the success of the second playing at St. Simons Island’s Seaside Course set a very high standard for the event to maintain. The field featured 15 major champions and 13 PGA Tour winners from the 2011 season. Tack on a stellar final round — Ben Crane defeated Webb Simpson in a playoff after firing a 7-under 63 — and the event planners could not have scripted a better weekend for a second-year event. While this year’s field (10 major champions and six Tour winners from 2012) may not be as haughty as 2011’s, The McGladrey Classic is still poised to provide plenty of entertainment this weekend.

With a consummate professional such as Davis Love III being tied to the event — his Davis Love Foundation is the host organization and Love himself serves as host — there is no question regarding quality, which is probably what led McGladrey to extend its sponsorship agreement through 2015. Love has quickly developed and promoted the tournament in an effort to attract his peers to the resort destination that many tour professionals call home. Charles Howell III, Zach Johnson and Chris Kirk are three more notable local stalwarts in the early foundation of the event and are once again present to compete for the title.

In a year that has seen a variety of winners, ranging from experienced veterans to the breakthrough up-and-comers, this week’s field involves many of the same elements. The 7,005 yard track has proved possible to score on in each of its first two years, with Heath Slocum and Crane coming away victorious with scores of 14-under and 15-under, respectively.

Host Love is the first of several veterans who could make a run this week, as long as he has enough left in the tank. This week marks Love’s 19th Tour event of the season, all coming amid his Ryder Cup captaincy and of course his hosting duties this week. Love is two-for-two in cuts during the Fall Series, but has a stroke average 72.5 when it comes to the weekends. In his previous two outings at the event, Love has a T-33 and a MC.

John Daly, Jim Furyk and Vijay Singh are three more headlining veterans who have the ability to play well this weekend, but have had seasons marred by letdowns. Daly returns to the course for the first time after his tale of two tournaments in Vegas. After getting into contention with opening rounds of 69-63, the two-time major champion exploded to go 86-77 over the weekend and finish last at 11-over 295. Furyk will tee it up for the first time since the Ryder Cup, which he called the lowest point of his year. Meanwhile, Singh continues to post his name on the leader board and is coming off a T-4 at the Frys.com Open.

However, one common letdown for these players may be the flat stick. Last year, Ben Crane ranked second in both Putts per Round (28.5) and Strokes Gained-Putting (8.155) en route to victory. Each of these vets may still be able to strike it, but the putter hasn’t come through in the heat of competition. On the season, Furyk claims the highest ranking of the four between the two categories, being No. 24 in Strokes Gained-Putting at .407.

Of the young guns, Jonas Blixt is undoubtedly the hottest as he comes to the East Coast. The rookie has back-to-back top three finishes, claiming his first TOUR win at the Frys last week. Blixt boasts a strong putting game, displayed as he sits atop the Strokes Gained-Putting category at .864.

Bud Cauley is another poised-beyond-his-years type of player and has done well in southern events. Some of his top finishes this year include a T-4 at the Arnold Palmer Invitational, a solo fourth at the True South Classic and a solo third at the Wyndham. Cauley’s been consistent as of late, with the PGA Championship at Kiawah being his only MC in his last 10 events.

Meanwhile, Michael Thompson returns to St. Simons looking for somewhat of a repeat performance. Last year, Thompson fired four rounds in the 60s at the McGladrey, but came up one shot short of the playoff. The Tour sophomore has missed the cut in five of his last eight events following his T2 at the U.S. Open. In his most recent outing, Thompson finished with a  T-13 in Vegas, including rounds of 68-69 on the weekend.

Finally, Jason Day and Gary Woodland — both a little more experienced than the previous three players mentioned — will look to contend for the title in their first visit to the event. Both have struggled throughout the year, but both are also coming off their best finish of the year. Day closed in Vegas with rounds of 64-65 to claim fourth while Woodland earned a T-9 last week after a weekend of 66-68.

With a field of proven winners and youthful talent, there is no doubt that Sunday’s leader board will carry an assortment of names. As the McGladrey continues to attract the game’s best to supplement its highly talented locals, it will surely have a home as one of the Fall Series’ most talked about and highly regarded events.

On the range photos from The McGladrey Classic