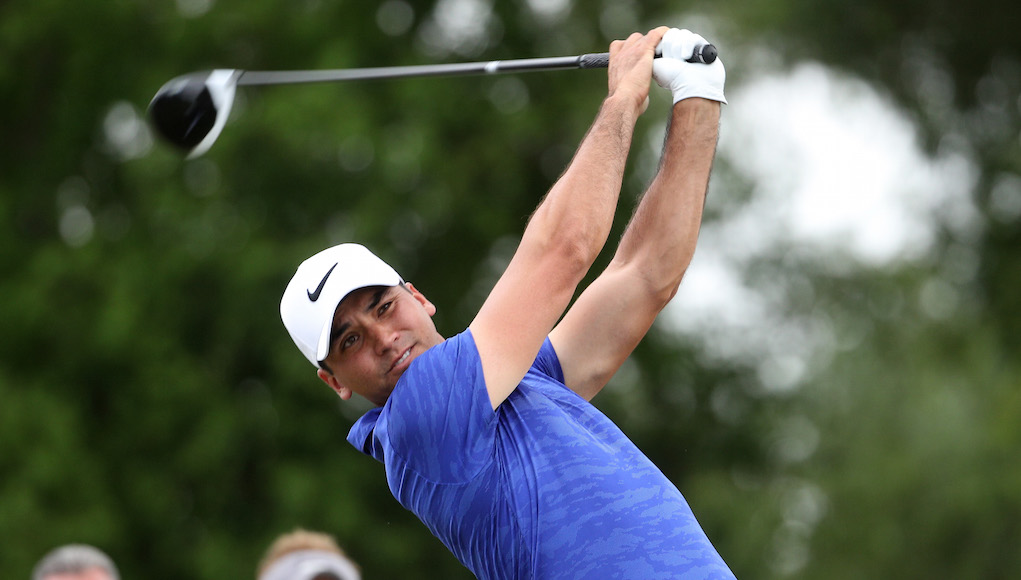 The PGA Tour’s “fifth major,” The Players Championship, has arrived. By all accounts, the Players has the strongest field of the year. Forty-eight of the world’s top-50 players will be in attendance, including the top-5 ranked golfers in the world for the first time in 2017.

Defending Players champion Jason Day looks to hold off Dustin Johnson, Rory McIlroy and Jordan Spieth to become the first player to repeat at TPC Sawgrass. Also in the field is Sergio Garcia, who will be making his first start since winning the Masters. He hopes to add to his streak of 14 made cuts at The Players.

The Players Championship returns to TPC Sawgrass this week for the 36th time. The par-72 Stadium Course, playing at 7,189 yards, is a challenge to all parts of the game. The short game and driving will be both be put to the test, but the Stadium Course will challenge the mental game most of all.

There aren’t many places on the course where the players can lose focus without being severely punished. The architect, Pete Dye, is a master of misdirection and that’s perfectly displayed this week. Even the holes that seem to be straight forward have small twists that can get in a player’s head. There are several tee boxes that aim directly at trouble, water hazards that gradually jut into fairways, and tough club choices off the tee.

No. 12, 358 yards, Par 4: The new No. 12 is a perfect risk-reward hole; the redesign has made it a drivable par-4 with the green and fairway sloped toward water. Laying up of the tee requires an accurate shot with several pot bunkers and a long fairway bunker protecting the landing area. It’ll take a lot of guts to go for it off with the driver, but it may be necessary coming down the stretch.

No. 17, 137 yards, Par 3: Not much needs to be said about the Island Green. It’s among the most famous golf holes in the world, and it has been a source of endless entertainment. Thirty-six balls found the water here last year, which is great for making the fans feel good about their game. It’s also the sight of memorable heroics like Rickie Fowler’s birdie en route to his Players Championship victory in 2015.

My Pick: Dustin Johnson (+700) may not have won last week, but he shook off the rust on the weekend with two 67’s to finish T2, so I’m sticking with him. Outside of his freak injury, he’s been on an incredible run. Since the AT&T Pebble Beach Pro-Am in February, Dustin Johnson has only been beaten by three players; he’s finished 3-1-1-1-T2 in his last five starts. It’d be a mistake to pick against anyone in that kind of form.

Value Pick: It’s not often you get Justin Rose at +2500, so I’m taking him as my value pick this week. He hasn’t won yet this year, but he has been playing great golf and is due for a W. His game is as well rounded as anyone’s, and he ranks 9thin Shots Gained: Total. His biggest question mark is always the putter. If he can manage to sink the short ones (Rose ranks 162nd in putting from inside 10 feet), he should be in contention on Sunday.

Long Shot: I’m going with Jason Dufner (+8000) as my dark horse this week. He doesn’t have a great record at the Stadium course but lately, he’s been around the top of the leaderboard too often to ignore. He has eight top-25s in his last nine starts and has been a birdie machine. He ranks 35th in Strokes Gained: Putting and 26th in birdie or better percentage.

Hole-in-One on #17 (Yes, +350, No -500) – I’d usually stay away from this since it’s specific to one hole, but it’s the Island Green at Sawgrass so I can’t help myself. I’m going with “Yes” this week despite the track record. There have only been seven aces here since it began hosting in 1982, but with this kind of field on a 137-yard hole, it seems hard to believe nobody will hole out.

The Numbers Behind Rickie Fowler’s Improvement