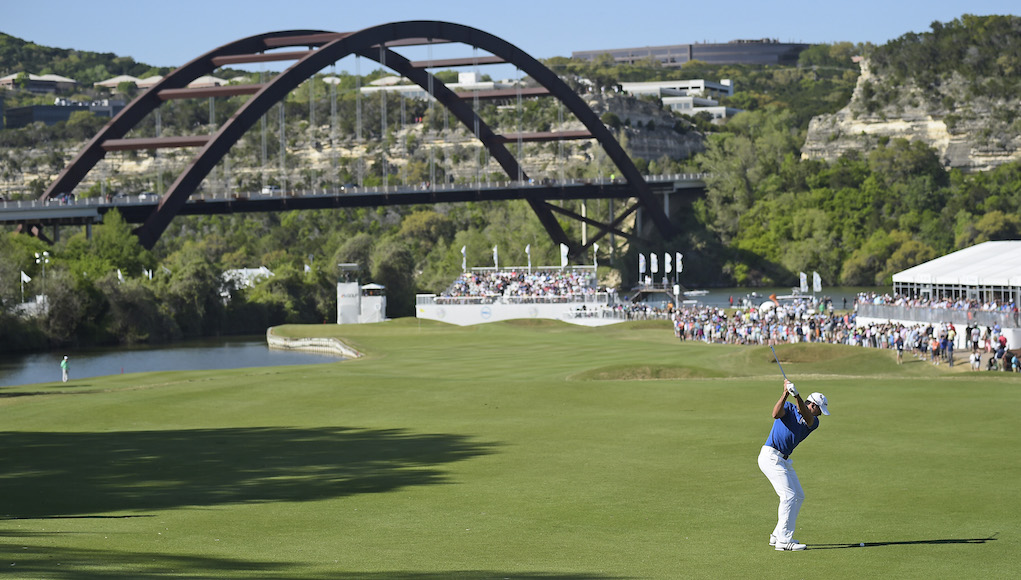 The PGA Tour heads to down to Austin, Texas for the second World Golf Championship of 2017 and one of the few times we get to see the world’s top players go head-to-head in match play.

Sixty-one of the top 64 in the OWGR are in the field, including reigning champ Jason Day, world No. 1 Dustin Johnson and Jordan Spieth. This is golf’s own March Madness. The players are split into 16 groups of four players for round-robin play. One point is awarded for a win and a half for a tie with the points leader advancing to single-elimination. The round of 16 and quarterfinals are played on Saturday and semi-finals, consolation, and finals are on Sunday. Match play is as unpredictable as it gets; this tournament is truly up for grabs.

Austin Country Club is hosting the WGC-Dell Technologies Match Play this year for just the second time. Playing at 7,073 yards, the par-71 course features two very distinct 9’s. The back 9 is played close to Lake Austin in the lowlands, while the front nine is played on higher ground and is more like a typical Texas hills course. Both sides feature severe elevation changes and deep pot bunkers. The par-5 12th is the signature hole at Austin Country Club. It’s a perfect risk/reward hole; reachable in two for almost every player in the field, but an errant shot is can easily find the drink. It could produce plenty of birdies and plenty of conceded holes.

My Pick – I’m going with Dustin Johnson (+800) this week. Match play is made for players like DJ; he bombs the ball off the tee and sticks it close with his wedges. It’s intimidating, even to tour pros, to watch your opponent drive it 315 yards then knock it inside 10 feet. He won three matches here last year and his game has developed quite a bit since then. He may make a big number while being aggressive, but in match play that won’t make much of difference.

Value Pick – Patrick Reed at +4000 is my value pick this week. I love his odds and we all know how competitive he can be during match play. He may not have the same fire this week as he does during the Ryder Cup, but there’s no doubt we’ll see some trash talk and a few fist pumps. He has a 10-5-1 career match play record and I expect to see that win percentage go up this week. Every player in the field knows about Reed’s attitude during match play, and I think that’ll be in the back of their minds.

Long Shot – I’m taking a shot on Francesco Molinari (+5000). He doesn’t have the best match play record, 11-13-2, but he does have quite a bit of experience. He’s been playing great golf this season; 7 of 8 cuts made and 7 top-25s. I’m not sure how he’ll handle playing at Austin Country Club for the first time, but his recent form is definitely inspiring confidence.

Dustin Johnson to Win Group 1 (-105); I’m taking DJ to win outright. I don’t love the odds, but I can’t imagine that he doesn’t even get out of the round-robin play. He’s the No. 1 player in the world. There’s no way Webb Simpson, Jimmy Walker or Martin Kaymer take him down.

Top Rest of World Player – Marc Leishman (+1000); I’m a big Leishman fan – that’s not a secret to anyone who knows me. I’m pretty sure I’ve taken him to win a major every year since he came onto the scene. He plays with a quiet confidence that suits match play. He’ll keep his head up, smash the ball off the tee and sink clutch putts; just like he did to win the Arnold Palmer.

How Often Should You Change Your Golf Clubs?