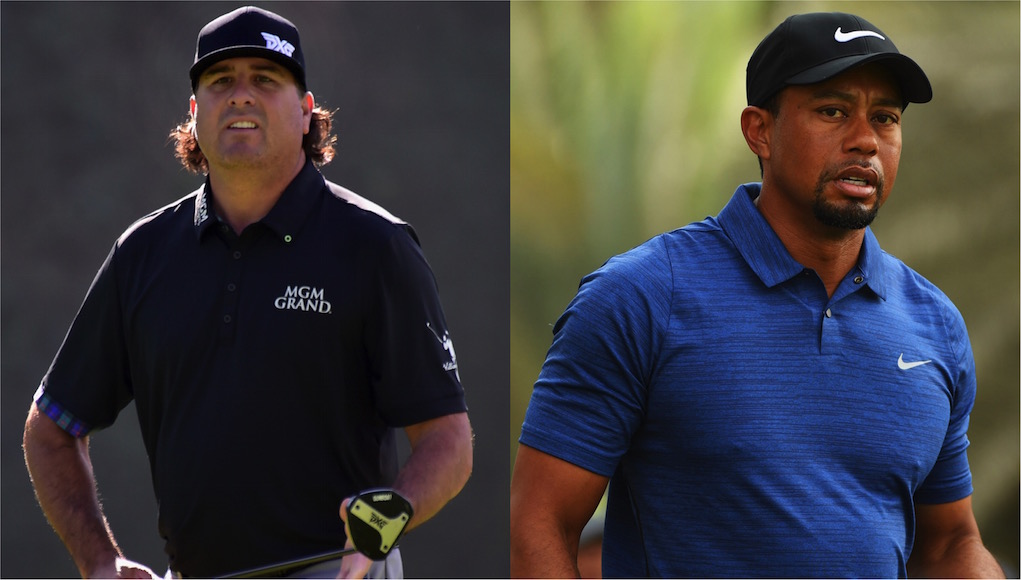 Pat Perez, a two-time PGA Tour winner (2009, 2016), went on SiriusXM PGA Tour Radio on Thursday and dished out some opinions that Team Tiger is NOT going to like.

After briefly praising Tiger Woods on the radio show for being “a needle mover, he is the needle” in golf, he proceeded to say Woods shows up to events for his sponsors and TV time but that “he can’t beat anybody.”

Harsh words from Perez, who once played junior golf with Woods. He also went on to say that if Woods doesn’t play in the Masters that he’s likely done playing golf for the year.

When asked if he was going to play at Augusta, Perez said, “If he doesn’t play Augusta then it’s over… it’s not like he has his favorite major courses after Augusta.”

Listen to the interview here.

Will we see Tiger Woods play again this year? If you ask Pat Perez, the answer is “no.”

Jaco Van Zyl is using a training aid as his actual putter!