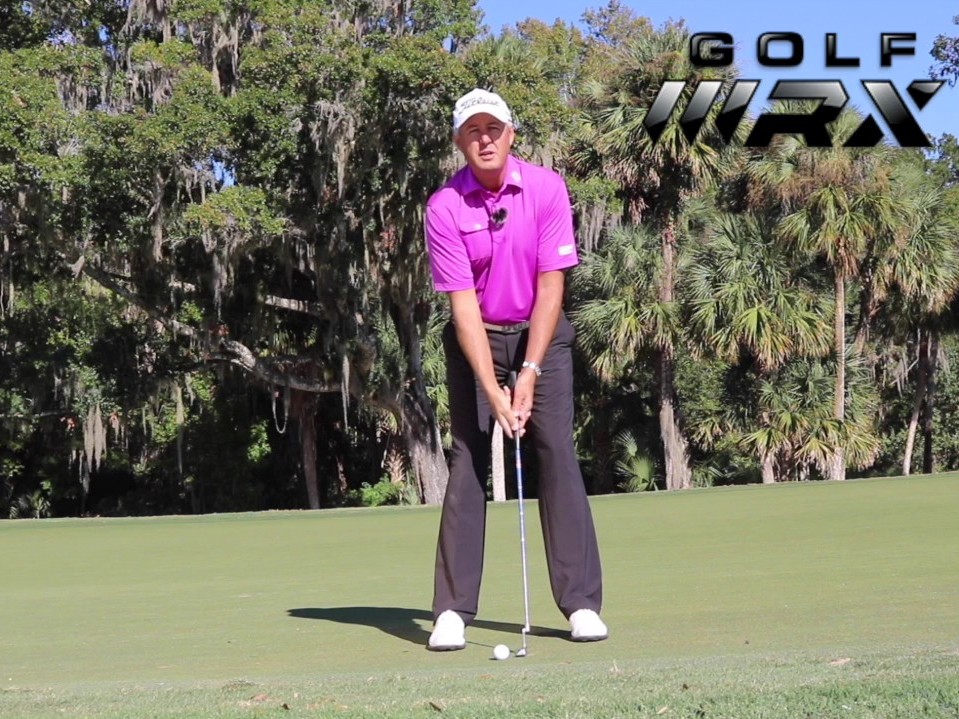 As many of you already know, the full-swing grip should be in the fingers. This allows the wrists to articulate, and gives the hands and arms the ability to load and control the club.

It’s the polar opposite with the putting grip, which designed to eliminate wrist and hand movement. A millimeter here or there can mean the difference between winning and losing an event, so it is vital to immobilize the wrists and hands to a large degree, although there is still some feel and finesse involved.

In the video above, you will see how holding the club in the lifeline is a key to the putting grip. But a recently discovered and over-looked part of the putting grip is the position of the right hand. It should be drawn up and under much more than in the full-swing grip, which unifies the hands and allows them to function as a unit.

Watch the video to get an understanding of how truly different the putting grip is to the full-swing grip. There are other little tour nuggets in the clip, too. Check it out!

A drill to help you hole more breaking putts

The illusion of the putter shaft, and why you should forward press

Jonathan Yarwood is a proven tour and elite development golf coach with more than 24 years experience coaching winners at the highest level. He has had great success at both ends of the spectrum, ranging from taking students of 11 years old to the tour through many years of work to coaching Michael Campbell to his major championship victory at the 2005 U.S. Open. He has also coached two U.S. Amateur winners, two U.S. Girls Junior winners, three AJGA Players of the Year, and winners on the PGA, LPGA, European, Challenge, Asian and Australasian tours. His players have also recorded a slew of amateur victories. Jonathan was voted a UK PGA Master Professional in 2011, and he has also been recognized for his work by Golf Digest Magazine. In 2006, he was voted a Top-20 Teacher Under 40 and was voted a top teacher in the state of Florida for a decade. "Your swing needs to be good enough to control the ball, that's all," Jonathan says. "Your short game does the scoring; your mind glues it all together." Jonathan is currently a senior instructor at Bishopsgate Golf Academy in Orlando.