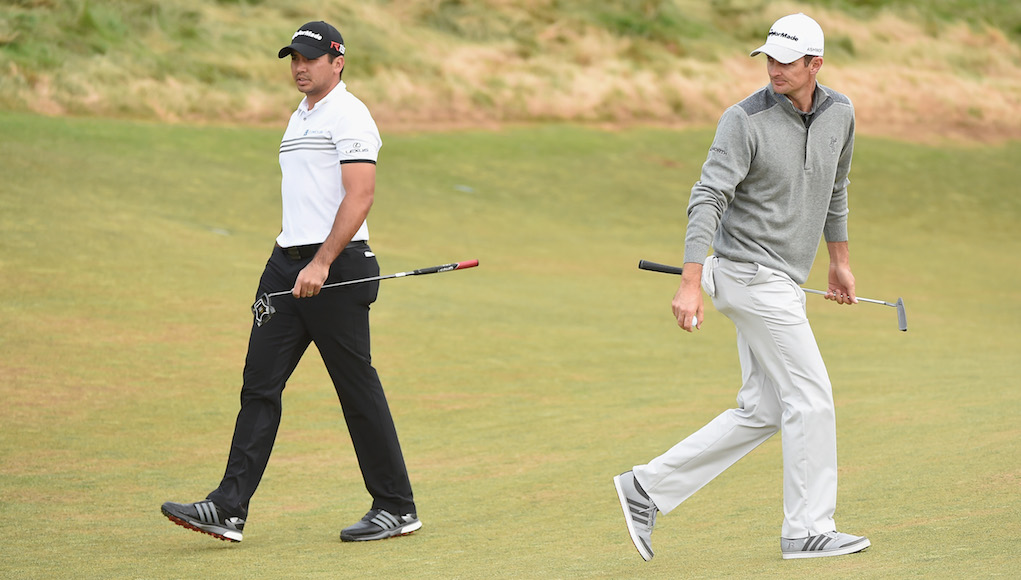 Two of the best golfers in the world will be sidelined this fall as they rehab from back injuries.

Jason Day, the top-ranked golfer in the world, announced he will skip both the World Cup of Golf (Nov. 23-27), as well as an exhibition event, “Battle for a Cause,” a head-to-head battle against Rory McIlroy that was to be played in the Philippines on November 29. The announcement sheds light on Day’s recent back injury, citing a torn ligament in his back for his mid-round withdraws from PGA Tour’s final two FedEx Cup Playoff events: the BMW Championship and Tour Championship.

“The prognosis for a successful return to playing is not at issue, but the timing of the long trip to Australia in the midst of his rehabilitation and rest period was not recommended,” the release said.

Both the World Cup of Golf and the Battle for a Cause event held special significance for Day.

The Battle for a Cause was intended to raise money for continued relief efforts in the Phillipines, which is the homeland of Day’s mother. In 2013, eight of Day’s relatives were killed when Typhoon Haiyan battered the country. In all, more than 6,000 lives were lost.

Sad to have to announce this news but it is the best decision for my rehab. Thanks to my Aussie fans for your patience & understanding. pic.twitter.com/yp4G5IHlbh

Justin Rose, No. 11 in the Official World Golf Rankings, announced that he has been playing through a disc herniation he suffered at The Players Championship in May and will taking the next eight weeks to recover. Rose will miss the European Tour’s Final Series, as well as the British Masters, but his timeline would allow him to return for the Hero World Challenge in early December at Albany in the Bahamas where the golfer lives.

“I worked hard to be able to return at the U.S. Open but my ongoing tournament schedule, combined with heavy preparation for the Olympics, did not allow for full and proper recovery,” Rose’s said in his statement.

The injury could explain Rose’s struggles in the second half of the PGA Tour season. While he won the Olympic Golf Gold Medal in early August, it was his only top-10 finish since the Wells Fargo Championship, which took place a week before The Players. Last week, Rose played in five matches at the Ryder Cup, earning two points for Team Europe, but he lost a crucial point on Sunday when he fell to Rickie Fowler in singles.

Hi guys – disappointed to share this news with you all, but looking forward to being back to competition. #Team???? pic.twitter.com/T4Psb7Eeoa — Justin Rose (@JustinRose99) October 5, 2016