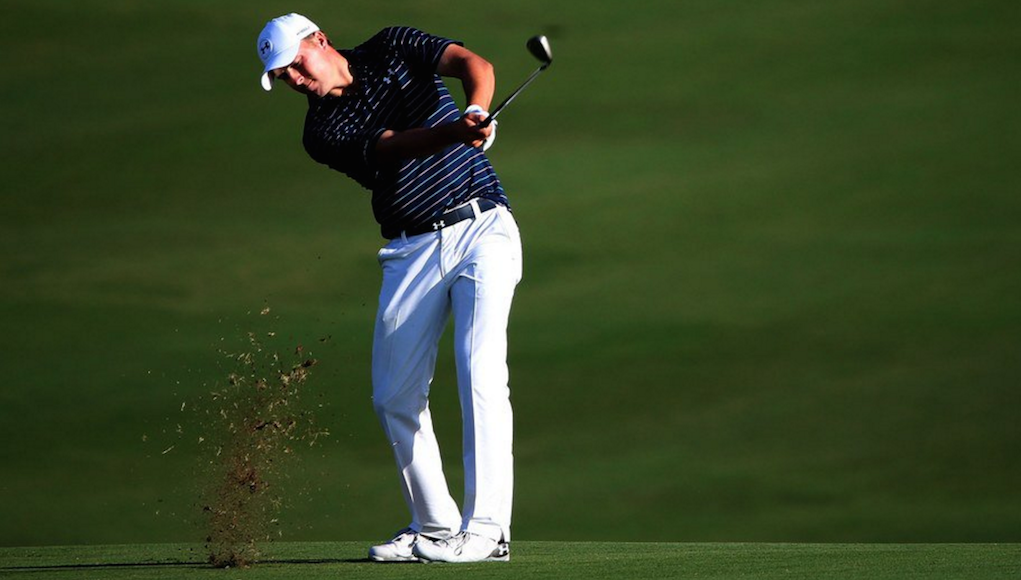 Before the 2016 Masters, I published my annual column, The 20 Players Who Can Win the Masters, which did not include Jordan Spieth. That drew the ire of a lot of fans, and through 65 holes it looked like I was ready to eat some crow on that prediction.

Spieth didn’t hit the ball particularly well by his standards throughout the 2016 Masters. In fact, Bryson DeChambeau said he felt he outplayed Spieth in Round 1, but Spieth was able to score better than DeChambeau. And throughout the first three rounds, Spieth had quite a few hiccups and was on pace to have the most double bogeys of any eventual Masters winner in the history of the event. But the victory was not to be his.

Here’s a look at Spieth’s current rankings in the key metrics of golf.

Spieth did not drive the ball well at Augusta despite driving it well so far this season. But what we can see this season is a large decline in his iron play. In fact, he ranks 119th in shots from 75-225 yards from the fairway/tee box.

Before I go on, I do need to clear up a couple of the biggest myths in golf.

Here’s a look at Spieth’s key metrics in his first three seasons on Tour that should dispel both of those myths.

The decline in his Yellow Zone (125-175 yards) performance and his performance on approach shots from the short grass is what stands out the most.

We know that Spieth started making some changes to his swing last year, so here’s a look at his performances from all of last season to today. 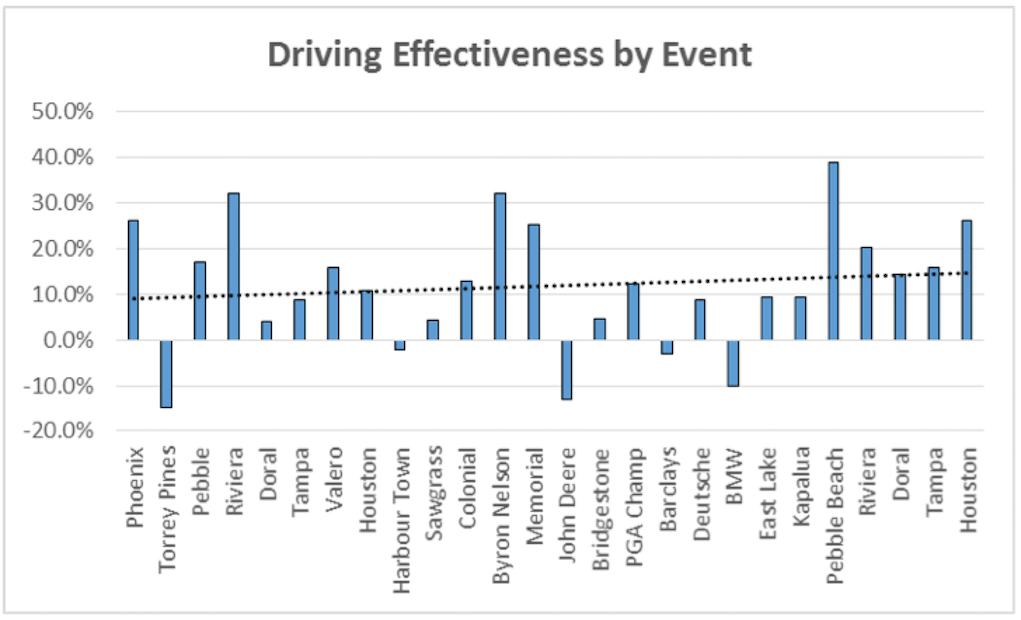 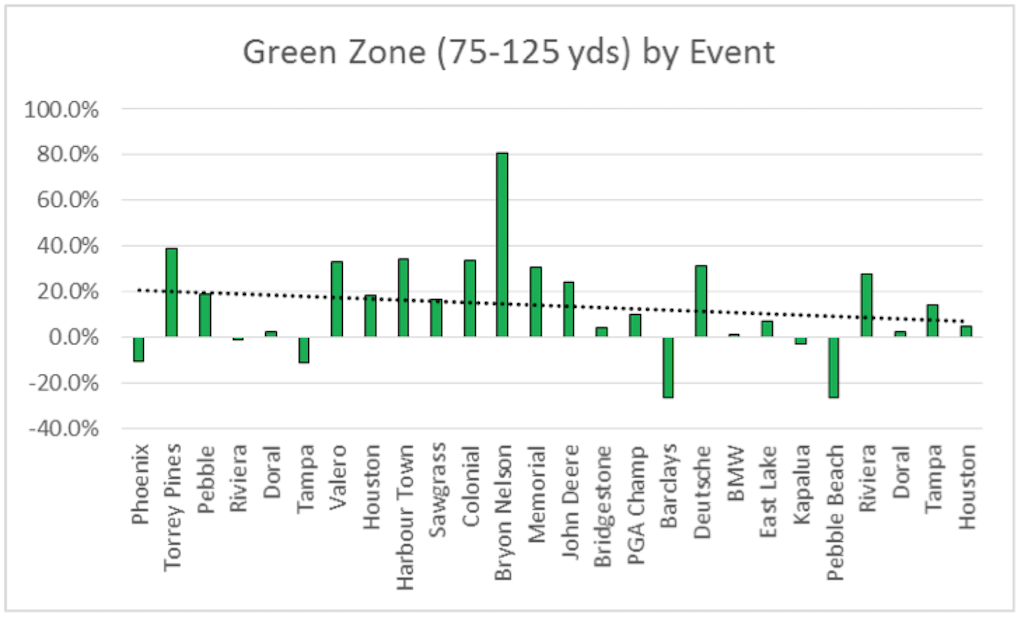 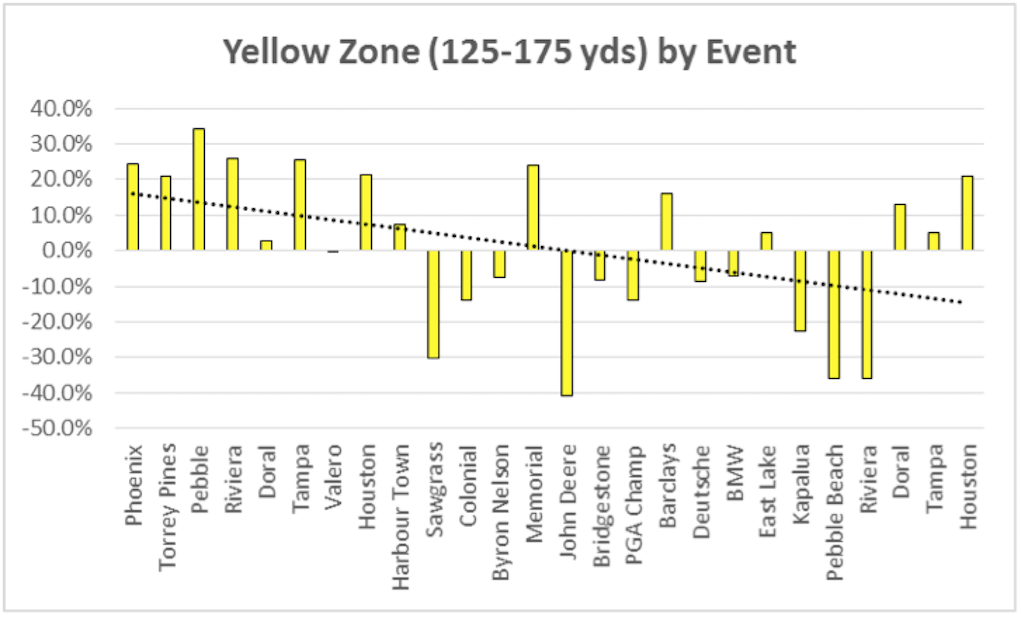 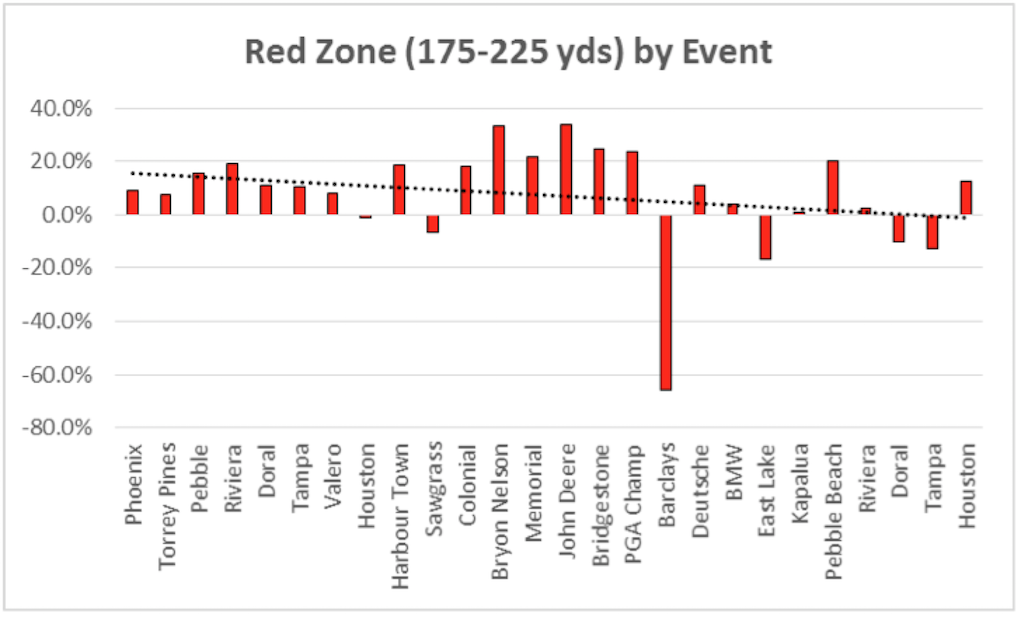 Spieth’s Driving Effectiveness has sustained a flat trend over time. However, his iron play from each of the zones is on a significant decline over time. And it appears to have started right around the 2015 John Deere Classic.

I should remind you, however, that we are talking about the No. 2-ranked golfer in the world who has won two of the past five majors with a worst finish of T4 during that timeframe. And he had held the lead in Masters for 137 consecutive holes before he came to hole No. 12 on Sunday at Augusta National.

I would imagine the swing changes he has been working on were done to help out with his driving, which could be sporadic and have the rightward miss. It just appears that those swing changes have come at the expense of his iron play, however, and that is why I did not have Spieth in my 20 Players That Can Win the Masters list. And that will be what he needs to improve in order to get back to his old ball-striking form. 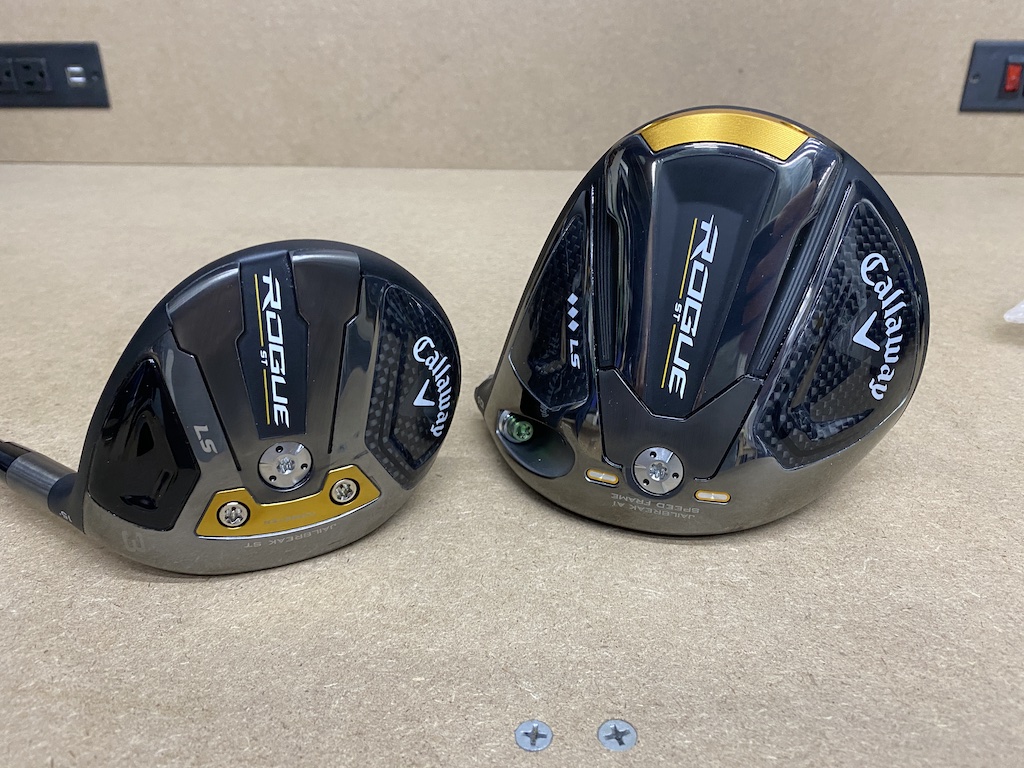