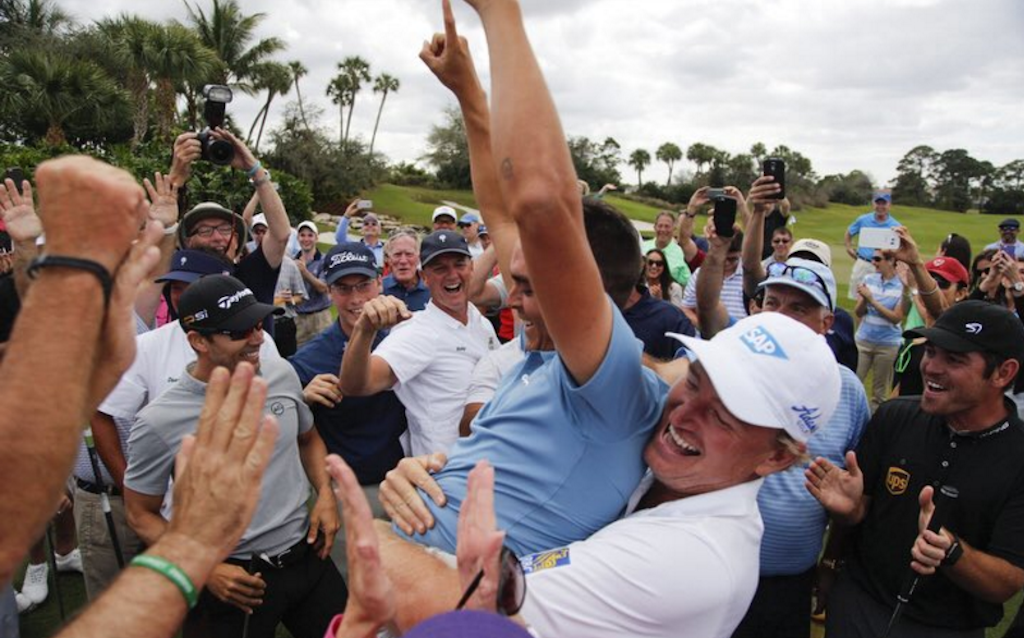 To raise money for Els for Autism, a slew of big-name golfers including Rory McIlroy and Louis Oosthuizen tried their hand at making the 113-yard shot on the 19th hole of the Cigar Aficionado-Wine Spectator Pro-Am at Old Palm Golf Club. All were unsuccessful until Fowler casually stepped up and one-hopped the ball into the hole.

Follow Fowler on SnapChat to see the shot, and the reaction from the crowd (updated: Or watch the video at the bottom of the story).

Making the shot even more impressive is that Fowler used Luke Donald’s pitching wedge, according to a Tweet from Tim Rosaforte, and wasn’t even wearing his signature high-top golf shoes.