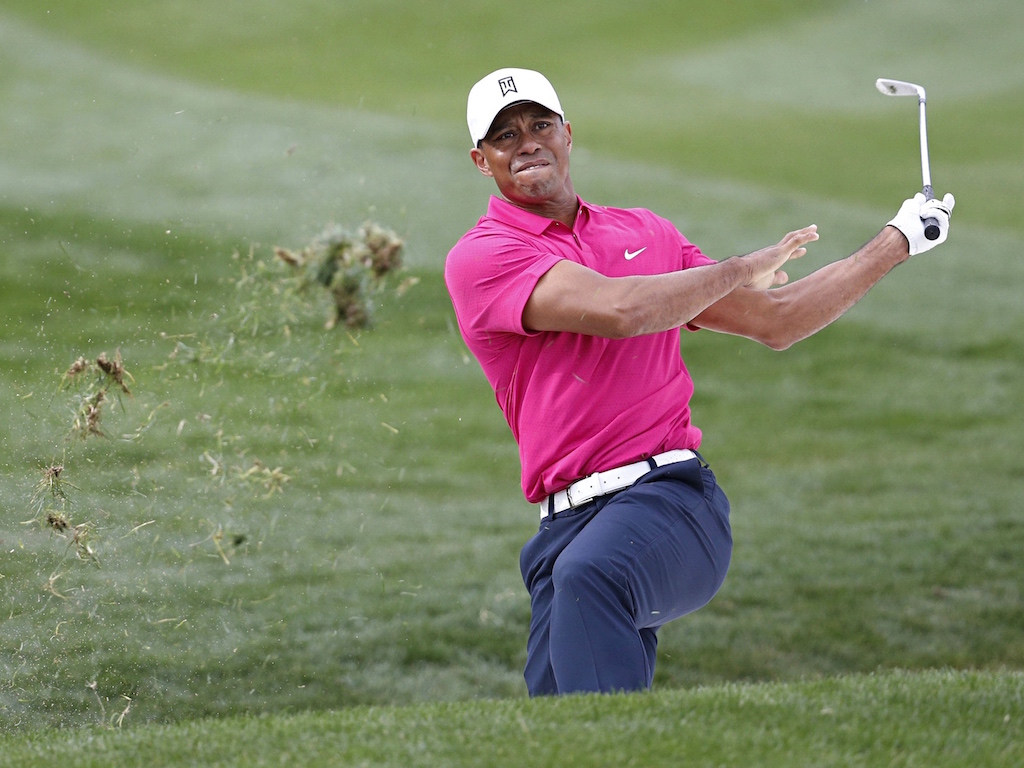 Before players arrived on site for the Waste Management Phoenix Open, I hit a few shots from the rough at TPC Scottsdale to see what the players have to deal with. With the help of Trackman, I recorded how different lies in the rough produce different numbers and ball flights. As you’ll see, certain lies in the rough greatly affect the outcome of the shot.

Let’s jump right in and have a look at the length of grass we’re going to be working with. As an instructor at TPC Scottsdale, I teach just off the right side of the No. 9 fairway, which will be in play for the tournament. The PGA Tour was targeting 3.5 inches of rough, and by the picture below, the grass was already at tournament height at the time of my experiment. 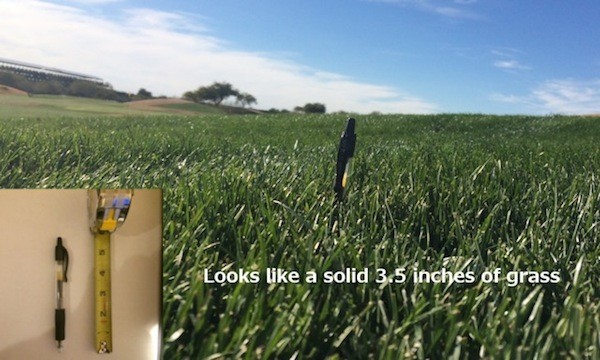 Now that we’ve got some solid rough to work with, let’s talk about how the grain of the grass considerably affects the outcome of the shot. 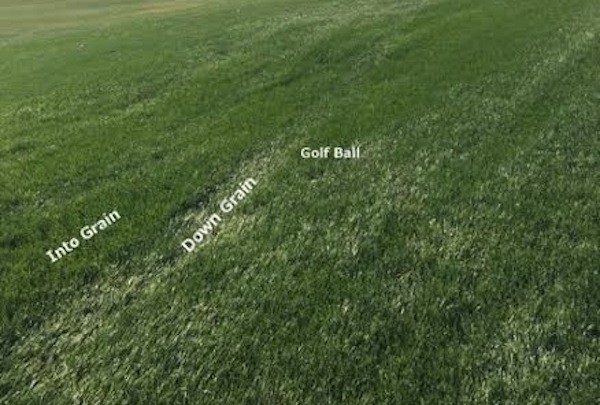 Grass can be mown or brushed to cause grain, and it can also naturally grow in different directions. Shiny grass lays away from you, dark grass lays toward you.

With the help of Trackman, let’s take a look at what happens with the different lies pictured above. The idea for my experiment was to make very similar swings, specifically in club speed, using a 7 iron from the various lies to see how much the grass can affect ball flight characteristics. 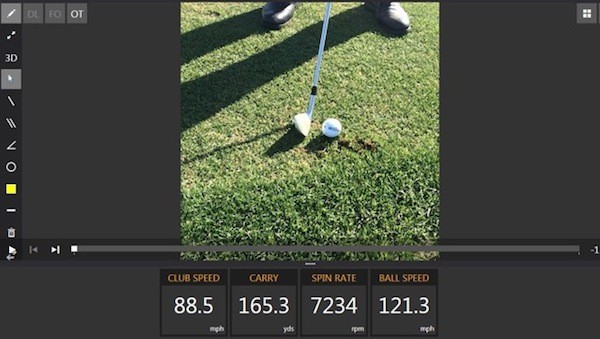 First, let’s look at a standard shot from the fairway. A good rule of thumb on spin with your irons is a 1000 rpm for each number. A seven iron should have roughly 7000 rpm, an 8 iron 8000 rpm, etc. In the photo above, you can see the numbers for my normal 7 iron.

Thick lie, slightly into the grain

Now that we know what a normal 7 iron looks like, let’s take a look at our first lie in the rough. This ball is down in some thick grass that is slightly into the grain. I added a pen to the photo for some scale. 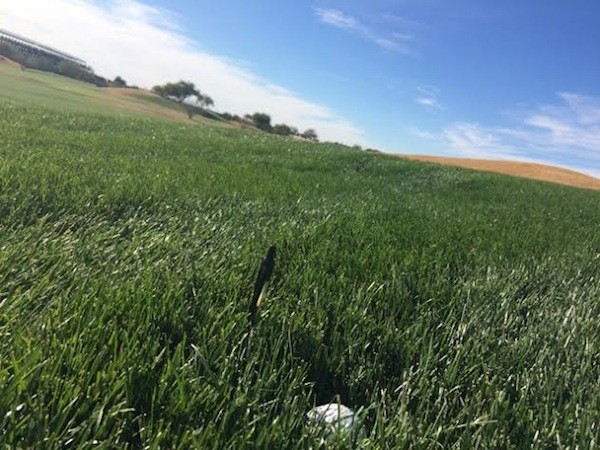 That’s surely some deep sticky grass, and as you can see from the Trackman numbers below, 87 mph of club speed produced a shot that carried only 87 yards and had just 1300 rpm of spin. 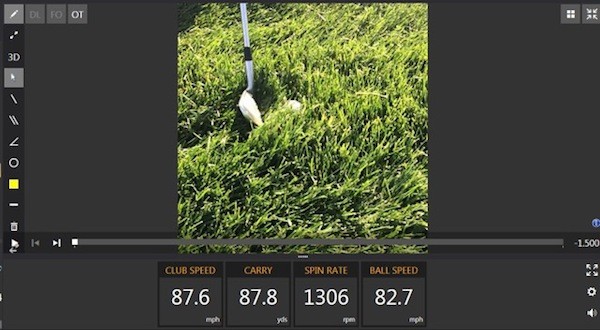 This kind of lie is brutal to hit from. As the club gets into the grass, the hosel of the club has a tendency to contact the grass first and slow down the heel of the club down, causing the club face to close. The only thing you’ll be able to do is hit a low line drive with little spin that runs slightly more than a normal shot because of the greatly reduced spin.

Higher club head speed and strength make a huge difference here — more speed has almost a one-to-one ratio to carry. More carry doesn’t necessarily make the shot easier to stop on the green, but it gives you the ability to fly the ball a greater distance.

Catching a break, the down-grain lie

Let’s take a look at what happens when you get the ball to land in some down grain grass. You can see the lie below. A tire track matted the grass down in the direction I’m hitting the shot. This rye rough is so dense the ball doesn’t sink to the bottom of the grass. It rides high, giving the player a fighting chance. Check out how much difference a down-grain lie can make compared to the shot out of the thick stuff. It carried 80 yards farther! 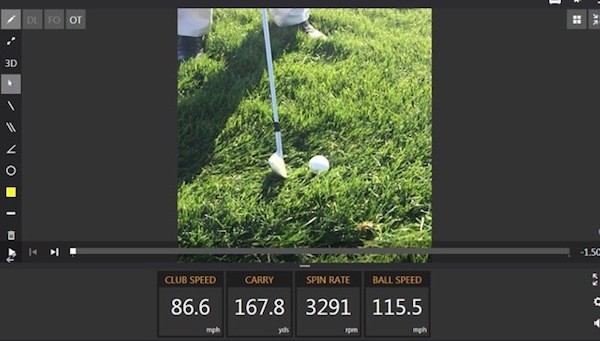 Digging into the numbers a little deeper, a couple things stick out to me.

First, even though the club speed is similar, the long, down-grain grass will take some speed off the ball. I got 115 mph of ball speed from the down-grain lie and 121 mph of ball speed from the fairway. My guess is that a couple of blades of grass got stuck between the face of the club and the ball. Like a baseball pitcher throwing a change up, shots hit from the rough move a little slower.

Even though the ball was traveling 6 mph hour slower, however, the low spin rate caused less friction in the air and, in turn, helped the ball fly the same distance as a shot from the fairway. With less than half the spin rate, however, it won’t stop nearly as quick as my stock 7 iron with 7200 rpm of spin. Plan accordingly.

When you’re watching the Waste Management Phoenix Open this week and you see someone play a shot out of the rough, you’ll have a much better idea of what is happening.

Things to remember when playing shots out of the rough