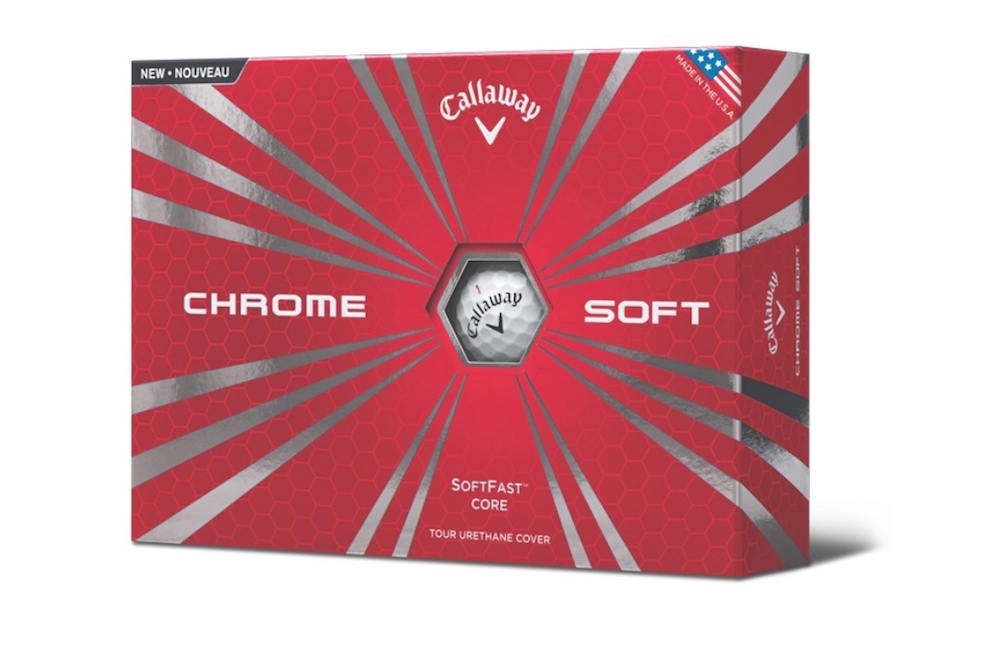 The “have your cake and eat it too” of golf balls? It just might be Callaway’s new Chrome Soft, a golf ball that’s promising tour-level distance and short game control that’s not typical of its marshmallowy soft feel.

In general, softer golf balls tend not to go as far as harder golf balls. Think of it this way: when a grape hits a supermarket floor, it goes splat; when a marble hits the same floor, it bounces back. That’s an extreme example, but you get the point. 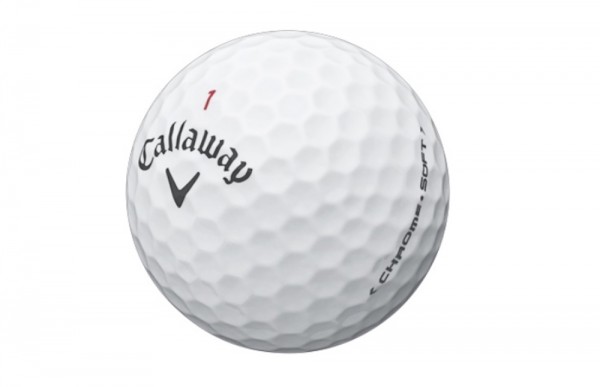 Callaway has invested heavily in the science of low-compression, softer-feeling golf balls, the result of which is the Chrome Soft. The three-piece ball has what Callaway calls a Soft Fast core, which works together with its slightly stiffer ionomer mid layer to retain more energy than Callaway’s previous low-compression models.

“In general, as you make the materials inside the golf ball softer they get slower,” says Dave Bartels, Callaway’s senior director of golf ball R&D. “We’ve been able to buck that trend with [Chrome Soft].”

All this talk about speed leaves out what is often the most important component of a golf ball: spin. The Chrome Soft’s low-compression design makes it lower spinning with a golfer’s long clubs (driver, fairway woods, hybrids, long irons and mid irons). Less spin creates less drag, which creates more distance.

But what about short-game spin, you might be asking? The Chrome Soft’s urethane DuraSpin cover is Callaway’s softest ever, which helps it grip the grooves of the club face on wedge shots and generate tour-level spin around the greens. 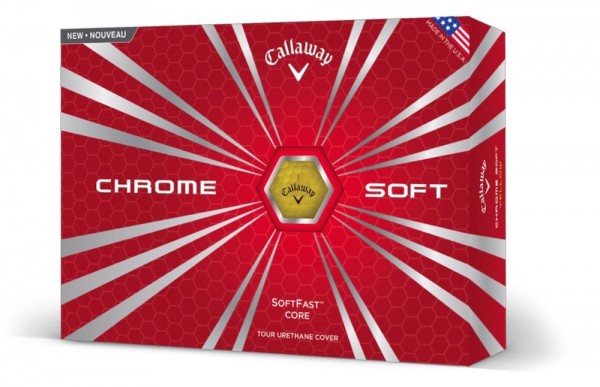 Above: Callaway’s Chrome Soft is available in White and Yellow.

My take? I tested the Chrome Soft on the course this fall. It felt balata-ball soft compared to today’s leading tour balls, which have compression around 90. The Chrome Soft has a compression of about 65. Discerning golfers will be able tell the difference with every club, especially with the putter.

At my swing speed of 115 mph, I saw similar driver distance with the Chrome Soft and slightly increased distance with my fairway woods, hybrids and irons. Golfers with slower clubhead speeds, particularly those under 105 mph, should see the most gains.

With wedges, the Chrome Soft launched slightly lower, but it carried enough spin to stop where I wanted it to stop. The ball’s extremely soft cover actually improves durability, a plus for golfers who play balls for consecutive rounds.

Bettinardi to release 10 new putters for 2015