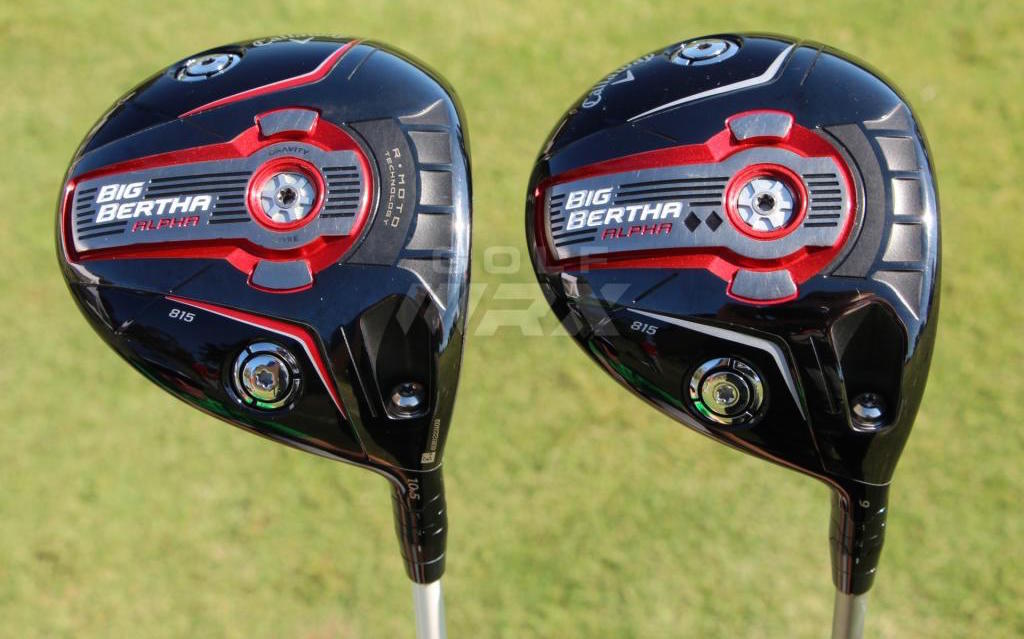 The Big Bertha Alpha 815 ($449) and Big Bertha 815 Double Black Diamond ($499) use two distinct shapes and three forms of adjustability to help golfers dial in the launch, spin and shot shape that will give them maximum distance. They’ll be in stores November 13.

The hallmark of the two new drivers is the inclusion of Callaway’s Gravity Core technology, which allows golfers to adjust each driver’s center of gravity (CG) lower or higher in the clubhead.

More spin? “Who needs that,” you might be saying.

According to Evan Gibbs, Callaway’s manager of performance analysis, plenty of golfers.

Callaway debuted the Gravity Core in its 2014 Big Bertha Alpha driver. While it wasn’t as popular as the company’s 2014 Big Bertha driver, it was an important fitting tool for many golfers on the PGA and European tours.

[quote_box_center]“If 90 percent of the players were in the low-CG position, we’d say, ‘we don’t need this mid-CG position,’” Gibbs said. “But the split was about even. That validated that there was value in having this Gravity Core.”[/quote_box_center]

It’s not just better players, however, who can benefit from a higher CG.

[quote_box_center]“Some people need a little big higher CG in order to generate enough spin,” he said. “And if a player tends to contact the ball high on the face, they tend to lose ball speed with a low-CG club.”[/quote_box_center] 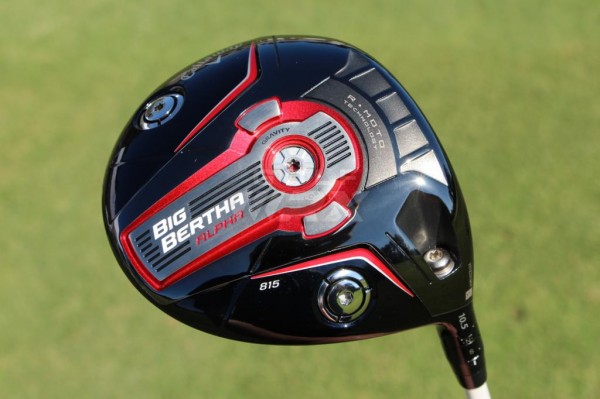 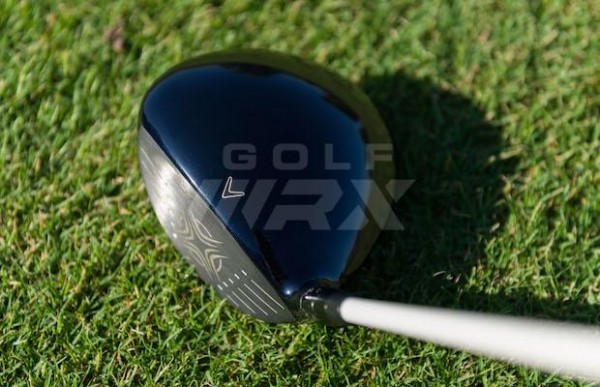 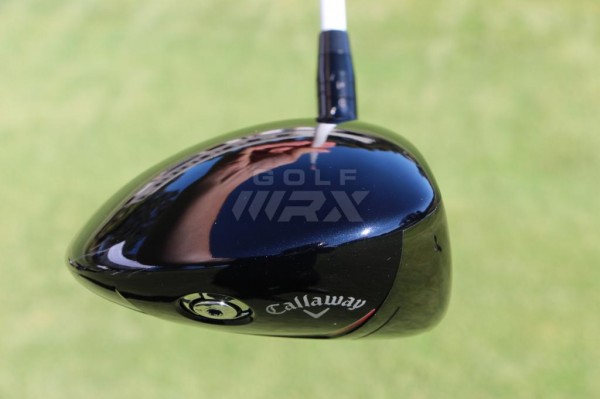 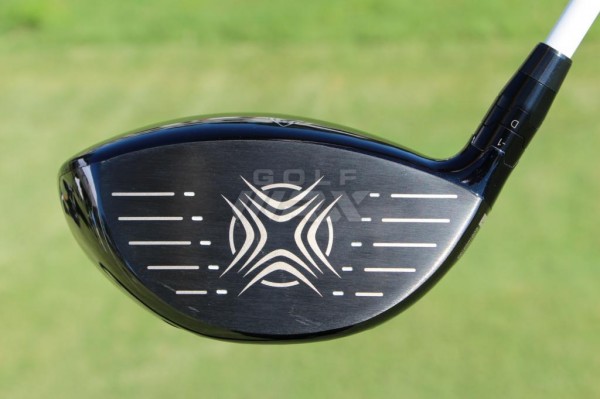 The Big Bertha Alpha 815 also has a Forged Composite crown that makes it surprisingly low spinning for its level of forgiveness — unless the Gravity Core is in the “up” position, that is. 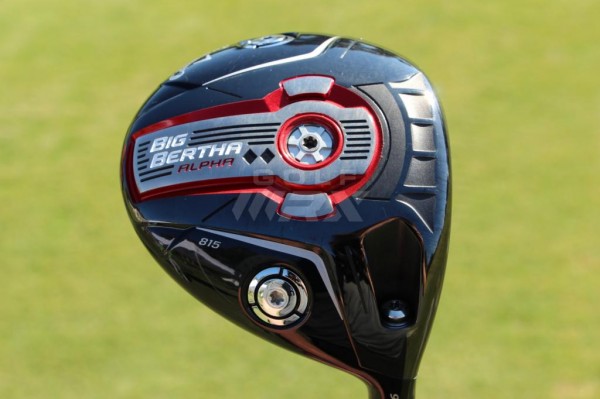 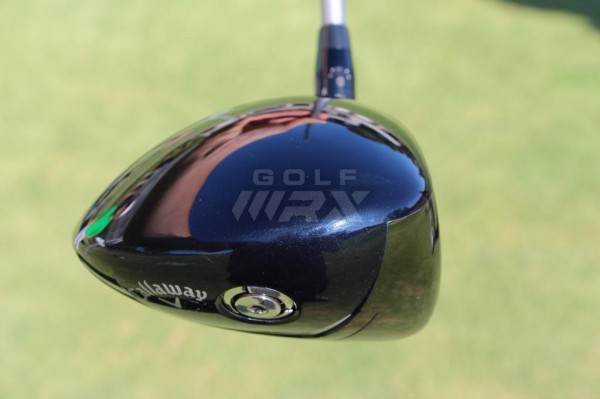 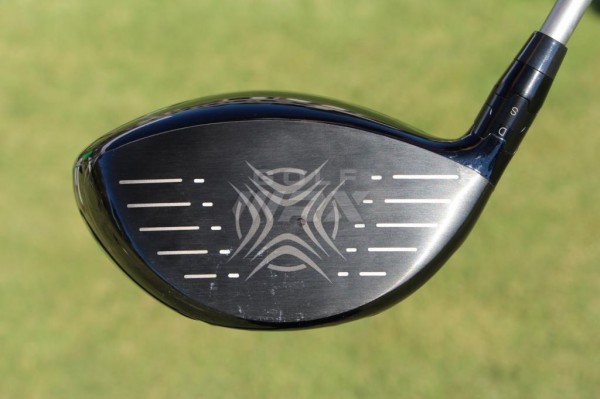 The Double Black Diamond has all the technology the Alpha 815 has, but as its name indicates it was designed for experts. The low, forward CG position that allows it to be so low spinning also makes it the company’s least forgiving driver for 2015. In other words, golfers should steer clear of the Double Black Diamond if their main goal is to improve performance on mishits.

According to Gibbs, the Double Black Diamond is about 100 rpm lower spinning than its predecessor, the 2014 Big Bertha Alpha, and it adds more forgiveness to shots hit high on its face. That’s partly thanks to the company’s new RMOTO technology (also used in the Alpha 815), which is a new geometry on the inside of the club head that allowed engineers to remove about 3 grams of weight from the face and place it lower and deeper in the head to improve MOI. 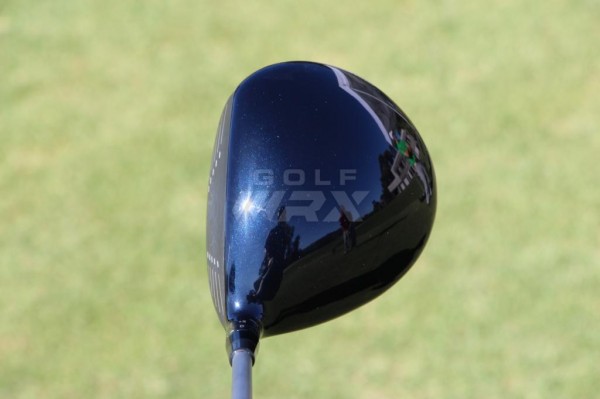 Visually, the Double Black Diamond has a rounder, more opened appearance than the 2014 Big Bertha Alpha at address that should resonate with better players.

Enough talk, where are the numbers?

I had a chance to test the Big Bertha Alpha 815, the Double Black Diamond and Big Bertha V-Series drivers at Callaway’s Ely Callaway Performance Center in Carlsbad, Calif., on a Doppler Radar launch monitor to see just how different the three drivers would perform.

Testing process: I hit about six shots with each club in the following order: V-Series, Double Black Diamond and Alpha 815. I then hit about five more shots with each club and they were hit in the same order. The outliers – those one or two shots that were radically different from the eight or nine other shots – were then deleted to create these averages below. 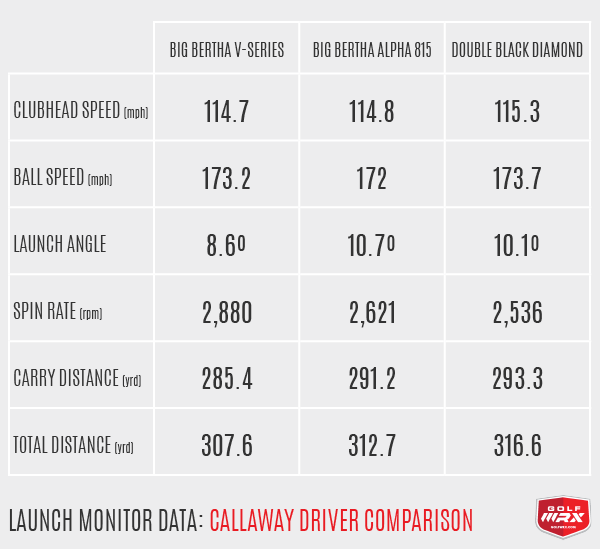 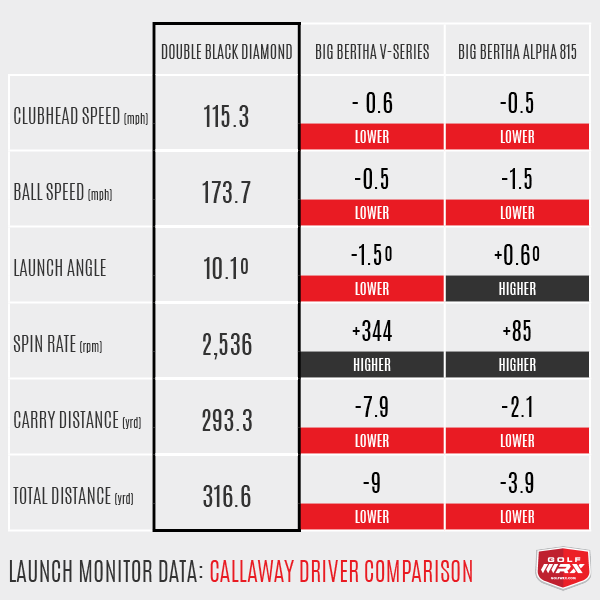 Don’t walk away from this story thinking that the Double Black Diamond is Callaway’s best driver for 2015 because of my experience. What’s important is to notice the distinct performance of each head. 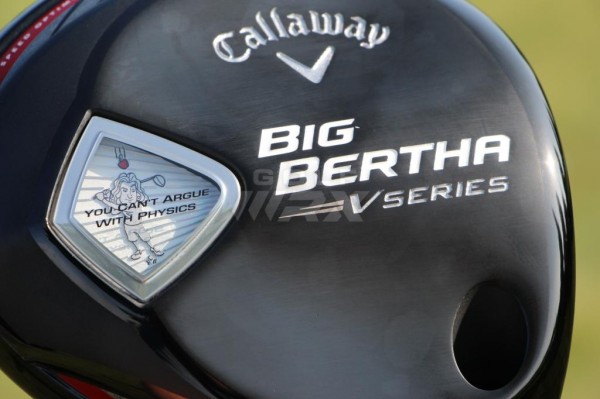 V-Series is Callaway’s most forgiving 2015 driver, with a CG that is higher and more rearward than the other drivers in the line. For most golfers, this will translate to more consistent ball speeds across the face, but it will also contribute to the lower launch and higher spin that I saw in my testing. 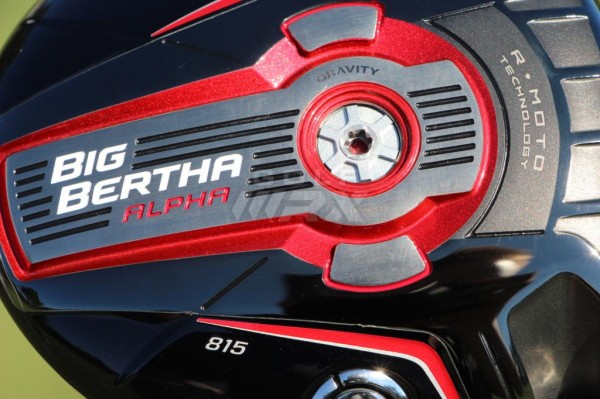 This will likely be Callaway’s most popular driver, both at retail and on the professional tours, because of its balanced design. My numbers show its ability to launch the high with a fairly low amount of spin and still retain a high level of ball speed on mishits. 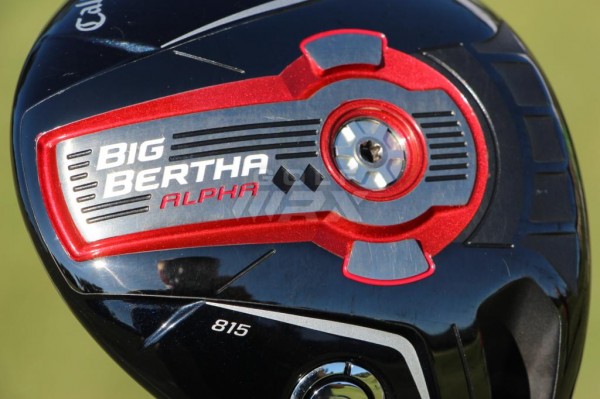 Most golfers won’t be a fit for a Double Black Diamond, but when they are the results will be fantastic. With nearly identical builds, the Double Black Diamond was an average of 9 yards longer than the V-Series thanks to its higher launch and lower spin.

How did they perform on mishits? 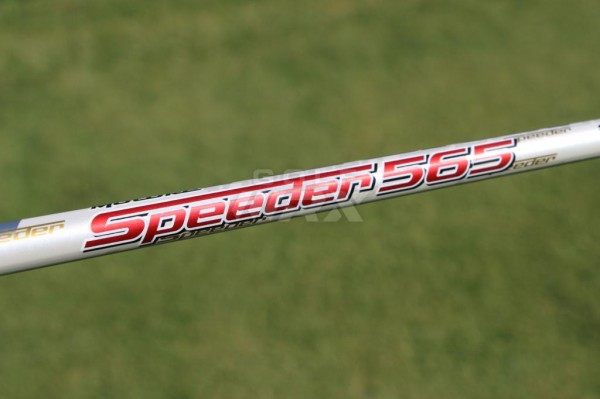 The Alpha 815 driver will be available in lofts of 9, 10.5 and 12 degrees and comes stock with Fujikura’s Motore Speeder 565. The Double Black Diamond will come in lofts of 9 and 10.5 degrees with Aldila’s Rogue Silver 60 shaft.

Click here to see what GolfWRX Members are saying about the new drivers in our forum.

Don’t like those offerings? Callaway is offering the following 13 shaft options at no upcharge: 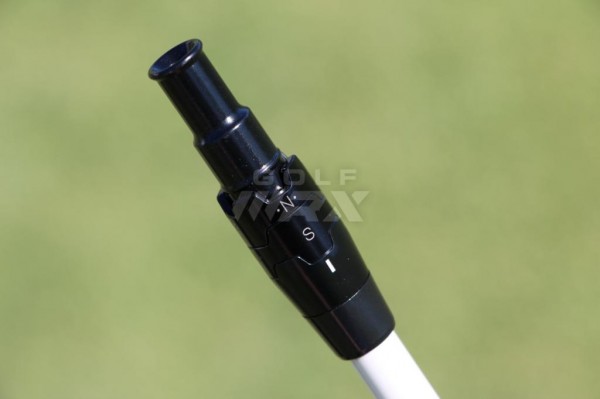 Click here to see what GolfWRX Members are saying about the new drivers in our forum.