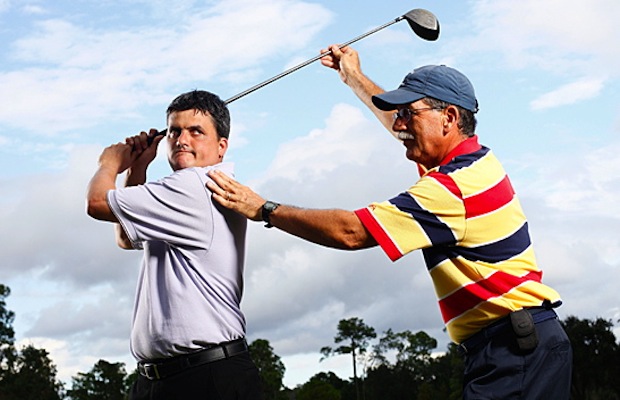 Golfers, in their never-ending quest to improve, will listen to almost anything if it means knocking strokes off their score. They should be aware that this practice can be really dangerous for their game, because not all swing advice applies to everyone. Even a good suggestion may not be good for them.

I come across these scenarios all too often. Let’s say that Golfer A, a well-meaning friend or playing partner, passes along a tip that helped him improve to Golfer B. Golfer B tries it and suddenly can’t get the ball on the clubface. The very thing that was great for Golfer A was the worst thing for Golfer B’s game, and this happens more often than you might think it does.

Let’s look at a few situations. As you will see, good swing advice can often make things worse if the audience is wrong.

Throughout my years as a golfer and instructor, one of the most common swing flaws I see is the “reverse pivot,” or what the great John Jacobs more aptly described as “rocking.” Rocking is when a golfer’s weight shifts to their front foot, or towards the target, during the backswing. The golfer then falls away from the target in the downswing, moving weight to the back foot. This causes a very shallow attack angle into the golf ball and leads to a number of problems. 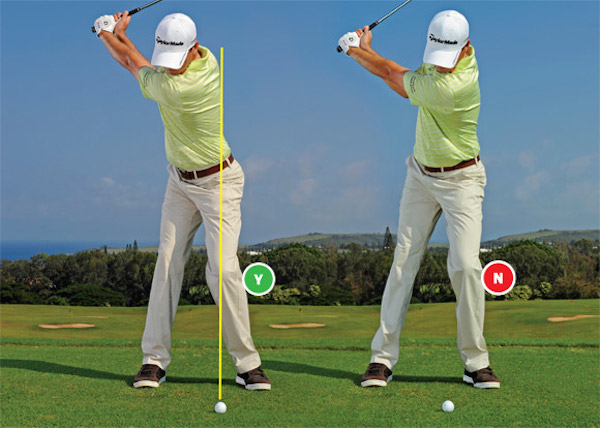 Most golfers who cannot take a divot are rockers. When the body backs up to the rear foot, this causes the golf club to ascend, or hit UP on the ball. Golfers can get away with this on a tee shot since the ball is elevated on a tee, but they rarely hit clean shots from the turf.

Here’s where good swing advice from a friend can kill your game. A well-meaning friend points out that you are “rocking” and suggests that you “get more weight on the rear foot in the backswing.” He/she heard Mr. Analyst talking about it on TV or heard it said at the 19th hole.

It sounds good enough, so you shift your weight to the right foot as you take the club away. Great. Now you have placed yourself in a perfectly good position to miss the golf ball entirely. Why? Because you have corrected only one part of the problem.

A rocker’s body is very in tune with falling away on the downswing, because you rocked to your front foot in order to keep your balance. The trouble is that if you fall away from the new position at the top of the backswing you will hit UP more than ever. You went from shallow to MORE shallow, which can be a killer.

The original downswing move was somewhat compatible with a reverse pivot, but now it’s the WORST thing you can do. You will most likely miss the golf ball altogether if you shift your weight toward the back foot. This is a perfect example of good advice falling on the wrong ears and it can destroy a golfer’s progress. There will come a time to work on a better backswing. It’s just not the FIRST thing this golfer should do in this case.

Good teachers understand this dynamic and handle it with care. When to introduce a change and who should make that change is every bit as important as the change itself. Nothing happens in a vacuum in a golf swing; every single part of the swing is closely related to every other part. You cannot isolate a new move and simply try it on its own.

In the example I just discussed, the player would have been much better served to turn through the ball (as much as possible) until the attack angle actually gets steep. THEN he can work on turning AWAY from the ball.

A few more scenarios will help show that good advice in the wrong ears can hinder progress.

The dreaded outside-in swing path, usually accompanied by a steep plane, is a move that about 75 percent of golfers are guilty of to a certain degree. It usually results in a “fade,” which is just a nice word for a slice (the only golfers truly “fading” the ball are playing for a living). 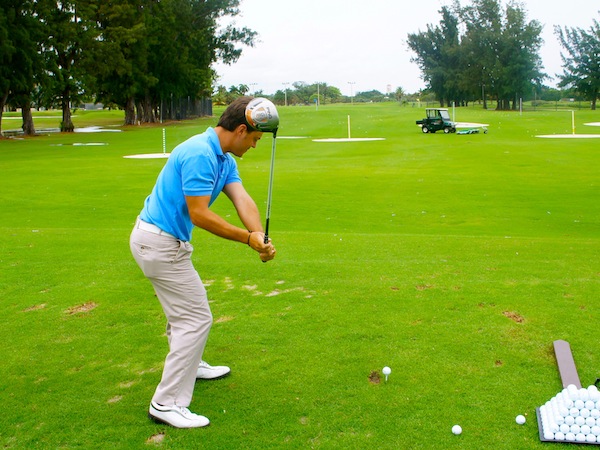 Again, when you are informed about this age old problem, your buddy tells you to “hit more from the inside.” However, until you’re able to correct the cause of the over-the-top move in the first place — a majorly open face — the dreaded outside-in path will be unaffected by his/her advice. So, the observation that you’re coming over the top is accurate, but you’ll need to learn to square the clubface if there is any chance to correct the path.

Golfers who release the club too early tend to slide in front of the ball. They MUST or they will hit well behind it. Are you going to:

Here’s why it matters: You need positive reinforcement as soon as possible. 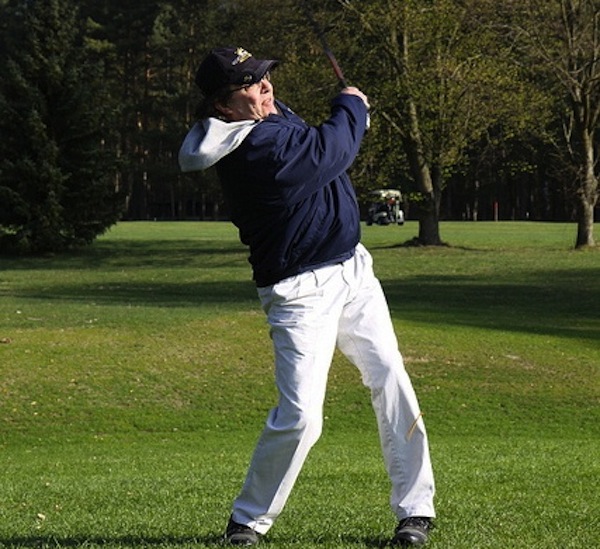 Let’s say your buddy tells you to “stay more behind the ball.” If you do so before you correct the early release, you’ve made the problem much worse. In other words, getting in front of the ball complements an early release. It is not optimal, but it can be functional. By changing only one part of the problem, you are no longer functional at all. 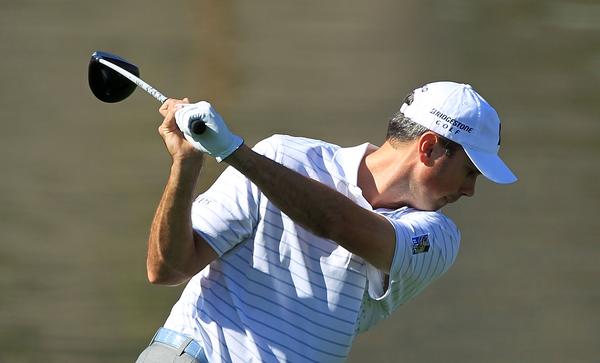 Matt Kuchar has one of the PGA Tour’s flattest swings, but his position at the top of his backswing matches the rest of his swing. That’s part of the reason why he’s one of the Tour’s most consistent ball strikers.

Golfers with flatter backswings tend to turn their body into the shot from the top, which is done out of necessity so they don’t get too far underneath the ball. If he/she first learns a more upright takeaway before the “turning into it” move is corrected, most of the shots will be skulled or topped to the left. While the flat backswing MAY have to be corrected at some point, the order of the correction is all important to avoid that dreadful first shot negative feedback.

There are many scenarios that illustrate the moral of this story, but one thing is certain; the early days of changing your swing can be frustrating, often tempting you to dismiss the whole idea of making improvements. Find a teacher you can trust, however, and he/she will guide you on how to get the entire swing ready for the golf course. If you are a regular reader of my GolfWRX articles or one of my regular students, you know that I warn golfers all the time about the action/reaction dynamic in golf instruction.

No matter what your major swing flaw is, make sure to seek professional teaching advice and not just accept a band-aid fix from a playing partner. Often times, these quick fixes can cause more swing problems than you had in the first place, hindering your scores and enjoyment of the game in the process.

Before making any changes, think about their cause/effect on YOUR swing and whether that change will help or hurt YOUR game. If you don’t know what those causes and effects are, it’s often best to seek the advice of a professional.

As always, feel free to send a swing to my Facebook page. I will do my best to give you my feedback.

Tips to get the most out of your swing changes