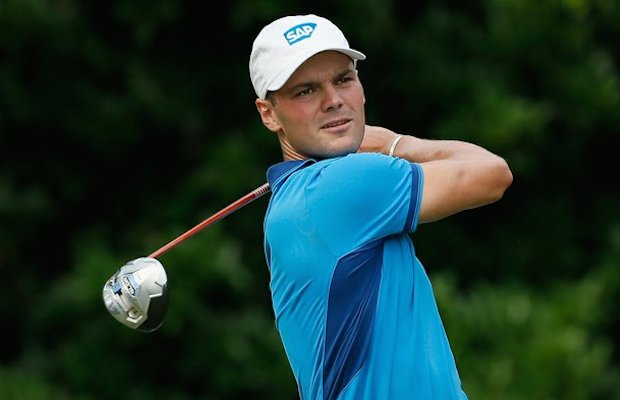 The final stretch of The Players Championship seemingly never fails for a thrilling finish. Sunday was no different, as Martin Kaymer withstood a double-bogey on the 15th, made a hard-sliding 28-1/2 footer for par at the famed 17th’s island green and got up-and-down from the front of the 18th green to claim the 2014 Players title by one stroke over Jim Furyk.

The win at TPC Sawgrass is the second of Kaymer’s PGA Tour career, with his first coming at Whistling Straits in the 2010 PGA Championship.

Furyk, who resides in Ponte Vedra, posted a Sunday 66 to charge up the leaderboard and take the solo second-place finish at 12-under par. Sergio Garcia looked to heal last year’s wounds, but couldn’t make the final charge and took a solo third-place finish (11-under) with a final-round 70.

Justin Rose appeared to be a threat early on Sunday after turning in 33, but a trio of bogeys on his inward nine derailed his charge. Rose settled with a final-round 69, finishing tied for fourth with Jordan Spieth at 10-under. After navigating TPC Sawgrass without a bogey through his first 58 holes of the tournament, Spieth carded five squares over his final 14 holes Sunday en route to a 74.

Kaymer was in full control of his game during Sunday’s final round, but a 91-minute weather delay quickly changed the momentum of the tournament.

After the delay, Furyk slid in a par putt on the final hole to post the clubhouse lead of 12-under.

Meanwhile, Kaymer two-putted for par on the 14th after the horns resumed play, giving the 29-year-old German a three-shot lead with four holes to play.

An errant tee shot into pine straw led to troubles for Kaymer on the 15th hole. His approach then missed the green, and his next shot found a greenside bunker. After being solid from the sand all week, Kaymer’s shot went long and two putts later, his lead suddenly shriveled to one with three to play.

After a par on the par-5 16th, Kaymer made things interesting once again at the 17th.

His tee ball caught the grassy greenside knoll, kicked onto the left portion of the green and nearly spun back into the water. His chip from the collar came up well short of the hole, missing the slope, leading to the bottom right portion of the multi-tiered green. But, Kaymer found the bottom of the cup on the breaking 28-1/2 footer to maintain his one-shot lead.

Going to the home hole with darkness threatening, Kaymer drilled a driver to the right portion of the fairway. While his approach came up just short, he putted from off the green within a couple of feet and calmly—at least on the outside—knocked in the putt for his final-round 71 and 13-under tournament total.

Kaymer displayed a bit of emotion following the Mother’s Day win, making mention of a text he received from his brother this morning. Kaymer’s mother passed away in 2008 after battling cancer.

Furyk wasn’t the only threat that Kaymer withstood Sunday.

Spieth, who began the day tied with Kaymer, started strong by tallying birdies on two of his first four holes to take a one-shot lead. But, two bogies in four holes stifled Spieth’s try for his second PGA Tour win.

Rose posted a front-nine 33 to jump to 10-under and within striking distance for his final nine. But, bogeys on Nos. 10-12 slid Rose back to 7-under. He birdied three of the final four for the late charge and T-4 finish.

After making the cut on the number, Rory McIlroy once again wound up with what he called a “backdoor top-10,” shooting rounds of 69-66 on the weekend for a T-6 finish (9-under).

The PGA Tour makes its way back to Texas next week for the HP Byron Nelson Championship, where Sang-Moon Bae is the defending champion.