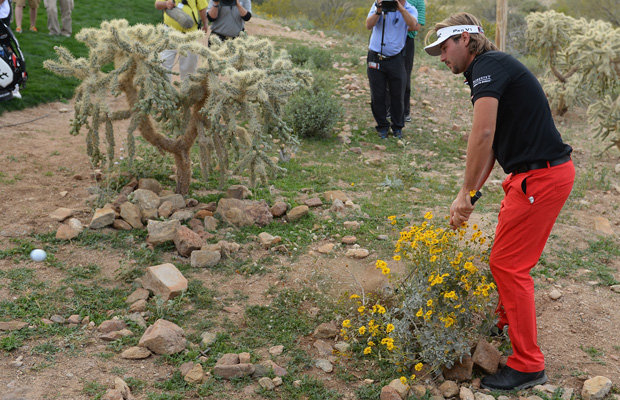 As golf fans, we are seldom exposed to the extremely electrifying format of match play golf. When such weeks arise on what has recently become a very full calendar of golf, it definitely sparks some more attention from the viewers, as we know we will get to witness a form of competition that is much different from our weekly dose of stroke play.

While the fans seem to love when the PGA Tour switches its scoreboard from “even” to “all square,” it appears that the actual Tour, or the gentlemen and ladies who represent it, might not feel as strongly as we do. It’s been just over a week since one of the most exciting renditions of the WGC-Accenture Match Play, where 23-year old Frenchman Victor Dubuisson had his “hello world” moment. After watching Dubuisson hit two of the most miraculous recovery shots that match play has ever seen, to the average viewer it seemed as though such a Sunday performance from Dubuisson and eventual champion Jason Day reinforced that this tournament is as alive and well as ever.

However, if last week at the Ritz Carlton Resort at Dove Mountain appeared to be really great for golf, and more specifically the match play event, then why did PGA Tour Commissioner Tim Finchem announce that the location and sponsor for next year’s championship is unknown?

Well, there isn’t too much to look into at this point as the details on the subject are far from concrete. However, from a sponsorship standpoint it’s pretty tough to wrap your head around the fact that half of the tournament’s field is on a plane home before the second round even begins. Even more so, from a TV perspective, it has to be difficult to get huge viewership when there are only four golfers to watch on Championship Sunday, especially when none of the names include Tiger, Rory or Phil.

When addressing the media on the subject on Championship Sunday in the desert last weekend, Finchem went on to say that “the idea that players can come and play a day and be gone has always been something that we kind of looked at and wondered whether another format would be (better).”

While Finchem went on to say that he wouldn’t assume they are going to change anything at this point, there have been conversations circulating about format change for the season’s first World Golf Championship, in an effort to keep the games top stars around for as long as possible. In his article on GolfChannel.com, Senior Writer Rex Hoggard made it known that a member of the PGA Tour Advisory Council confirmed the Tour has been looking to alter the format to 36 holes of stroke play, followed by a cut, with either the top-32 or top-16 players moving on to a match play format on the weekend.

So we have established some pretty basic points as to why a title sponsor might not be getting the bang for their buck when you look at the format of the WGC Match Play event. After all, the PGA Tour is a business. And as a business if something isn’t working, well then you better fix it. Out of principle, there are some people who may not agree with having a match play event that is actually half stroke play. But if it means seeing the best players in the world play for one more round, subsequently increasing viewership, revenue, and all that jazz, then sign me up!

Back to my point about the match play format, with regards to a regular Tour event, whereby only four players are left for the final round. If 4-to-6 hours of golf coverage is centered around one match, then shouldn’t that match mean a little more to the players, the viewers, the sponsors, etc., than every other Sunday on Tour? With the exception of the Volvo World Match Play Championship, a European Tour event that doesn’t attract the same star power as the WGC Match Play, we only get to see the best players in the world compete on in match play event one other week of the year — in the Ryder Cup or President’s Cup matches. The extreme sense of pride that comes with representing your country in these events, according to the players, undoubtedly outweighs the paycheck that comes with a victory at a regular Tour stop. But what if the payout for a match play event was substantially more than just your average $1 million-plus Sunday?

Since its inception in 2007, and including all of the changes to the format to the FedEx Cup playoffs, there always seems to be those who criticize how the Tour crowns its $10 million man. But the new format changes proposed by the Tour for the WGC Match Play would probably make the most amount of sense for the season-ending Tour Championship. Why not have the end of the season and The Playoffs, with one of the biggest purses in sports, end in dramatic fashion like the NCAA March Madness tournament? The first three Playoff events would remain the same, being played as stroke play events, while the Tour Championship could operate as a 32-man match play event. While it appears that people are not as interested in seeing a head-to-head match up for a regular event (even though the Match Play is a WGC), I am pretty confident that such a format — with $10 million on the line — would spark a greater interest level from the fans than the current finale to the PGA Tour season.

New Blue Monster lives up to the name

Overrated? That’s not what the stats say about Rickie Fowler

The Wedge Guy: Lessons from your glove 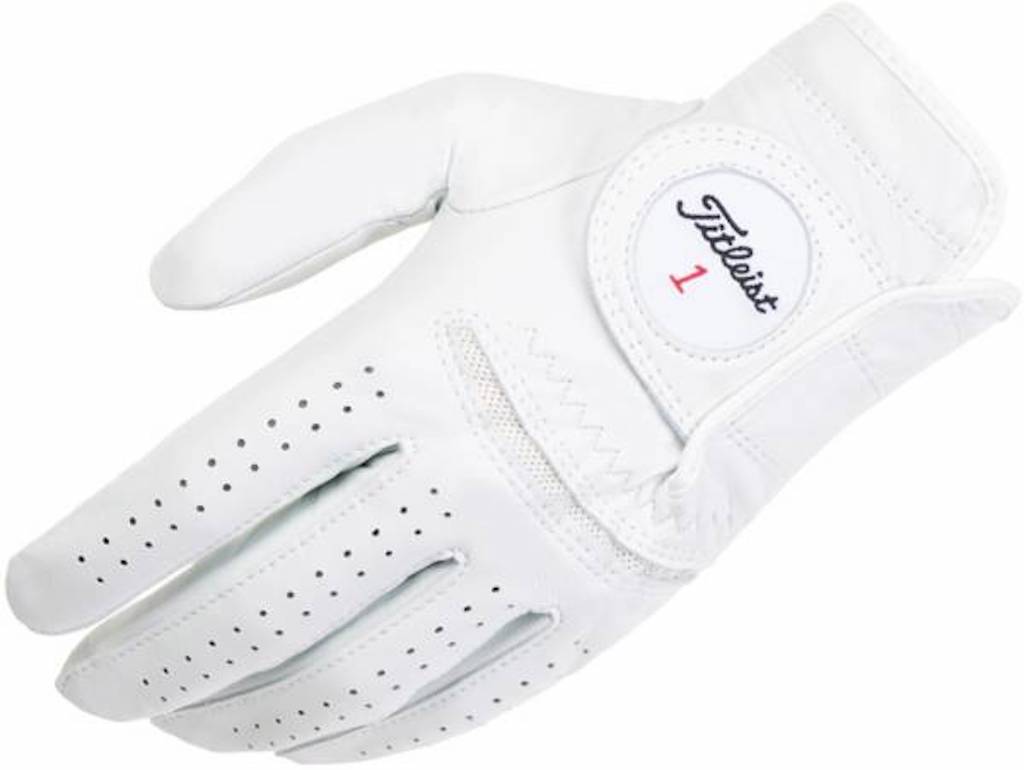 Almost all golfers wear a glove, but most don’t realize that a close inspection of your glove can tell you a lot about your golf swing and your equipment. It’s like your own little barometer of some things that could be going on that can negatively affect your performance.

One of the simplest things to look at is how quickly your new white glove begins to turn black . . . even if you are using grips on your clubs that are some other color. That’s because the moist and tacky glove picks up dirt and grime from your grips. Yes, they get dirty down in the bottom of your golf bag, and grips need to be cleaned regularly. The best way to do that is with a soft bristle brush and a dry, mildly abrasive cleanser like Ajax, Comet, etc. It’s a good way to invest about a half hour in your equipment on a regular basis.

Just rinse each grip with warm water, sprinkle the cleaner on it, and brush away. The white foam will quickly darken as dirt is removed from the grip and then you can just rinse thoroughly. Be sure to rub the grip with your hands while rinsing so that you can feel when there is no more soap residue – you do NOT want to leave any soap on the grip. When you are finished, your grips will feel like new.

Another great reveal from your glove is the soundness of your left hand hold on the club. The vast majority of golfers wear out their gloves in the heel of the hand, many of you much more quickly than you should. That’s because almost all golfers allow the club to move in their left hand during the swing. There are two reasons for this movement, which, by the way, is a power killer and accuracy thief.

The first problem is that most golfers hold the club too much in their palm, so that the club is across this heel pad – rather than under it – from the start. That kind of hold on the club prevents you from having the left-hand control good golf requires. [NOTE: This is actually aggravated by the fact that the largest part of the golf club grip is being held by the shortest pinky finger. Why that has never changed is beyond me.]

If you will grip down on every club even an inch, you will find that it is easier to hold the club firmly in the fingers of the left hand, and that will improve your distance and performance dramatically. Don’t worry about “shortening” the golf club as you try this, but I knew a very good player once who purchased all his clubs an inch longer than standard, so that he could grip down on them by that same amount to get a better hold on the club . . . pretty smart idea, actually.

The other reason golfers wear out their gloves in the heel pad area is that they are allowing their wrists to “hinge” in the downswing, rather than rotate through impact. The angle between the golf club and your left forearm should remain relatively constant from address to top of backswing back to impact. Yes, there is a little hinging, but it must be minimized to allow a proper rotational release through the impact zone.

If you do that incorrectly, you will lose much of your stored-up power. But if you do it right, the golf swing becomes much more efficient . . . and your gloves last a lot longer.

Another wear pattern I see often is a wearing of the glove at the first segment of the forefinger. This also indicates “looseness” at the top, which allows the club to “hinge” at that point. Again, a firm hold with the left hand throughout the swing is paramount to repeated solid contact.

So, take a close look at your gloves and see what you can learn. My bet is that it will be a bit eye-opening for you.