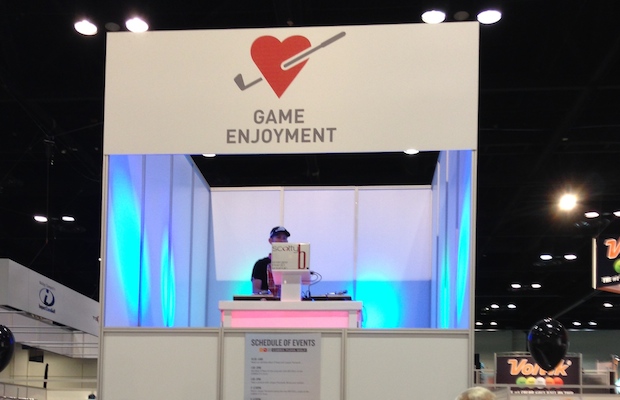 For any golf nut, taking to the floor of the Orange County Convention Center for the annual PGA Merchandise Show is like entering Willy Wonka’s factory. It is wonderfully overwhelming. If you love golf, then your aching feet by week’s end will be a very fair trade for the opportunity to browse so much of what the golf industry has to offer for the coming year.

The Show isn’t just a gigantic interactive gallery, though—it’s a place of business. Thousands of club professionals arrange meetings with multiple manufacturers to determine how they will stock their pro shops for the following year. Significant amounts of revenue are at stake, and like male birds trying to court females with their plumage, major manufacturers are courting any potential new business and shoring up existing accounts. The rest of us get to sit back and enjoy the spectacle.

As a result, each manufacturer seems to exhibit a certain personality through its presence at the Show. Here are my impressions. 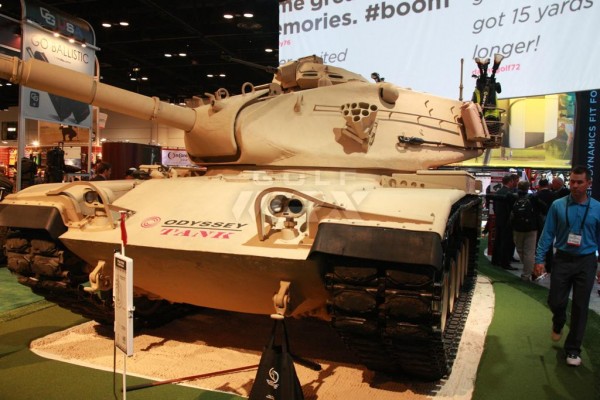 Callaway brought a big tank to their Odyssey booth at the 2014 PGA Merchandise Show.

Show Presence: Given their big recent Big Bertha revival/rollout, Callaway made a big splash in Orlando. Their main booth (of three) featured a 25-foot tall Isaac Newton in the middle. Across the aisle, Callaway’s Odyssey brand promoted their new Tank putter with…a 106,000-pound military tank. Totally normal. Hung from the rafters were banners promoting Callaway’s impressive and ever-growing stable of PGA Tour players. Good contrast of whimsy and authority from the Tour. 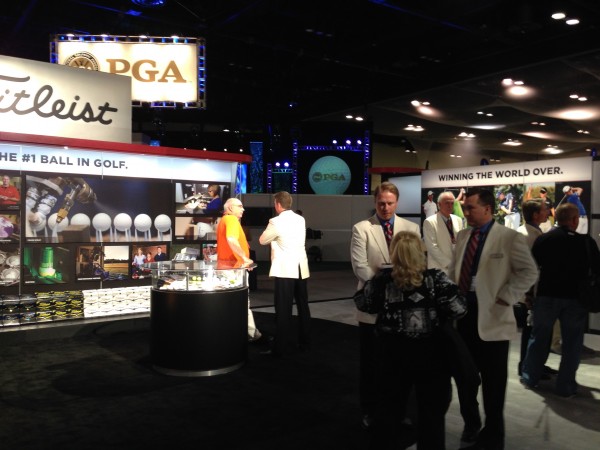 Well-dressed reps at the Titleist booth at the 2014 PGA Merchandise Show.

Show Presence: There is little doubt that Titleist has the best-dressed reps. They are visible from afar; with white blazers and black pants, their ensemble is unique among exhibitor uniforms without being obnoxious. Likewise, Titleist’s (and subsidiary FootJoy’s) booth set a formal, highbrow tone that included (like its television ads) heavy support from their robust Tour staff. Their most notable new feature was their wedge section, where Titleist is clearly trying to give noted wedge designer Bob Vokey his own brand in similar fashion to Scotty Cameron. 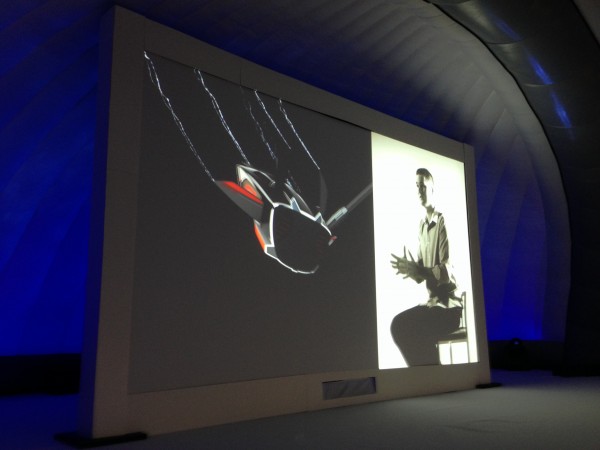 Part of the video presentation about TaylorMade’s MOAD “concept club” at their booth at the 2014 PGA Merchandise Show.

Show Presence: TaylorMade has arguably the most daring and flashy PGA Show presence each year. A key aspect of this is where they choose to situate their booth: beyond the scores of apparel dealers, at the opposite end of the enormous exhibition hall from the rest of their competitors. TaylorMade clearly intends their booth to be a destination for visitors to the Show, and they back that intention up by going all-out to create a space that is equal parts learning space and nightclub-like scene. The introduction to their booth came in the form of an 11-minute video focused on TaylorMade’s R&D department’s efforts to stretch the boundaries of golf equipment in order to explore new avenues of golf innovation. It was impressive. 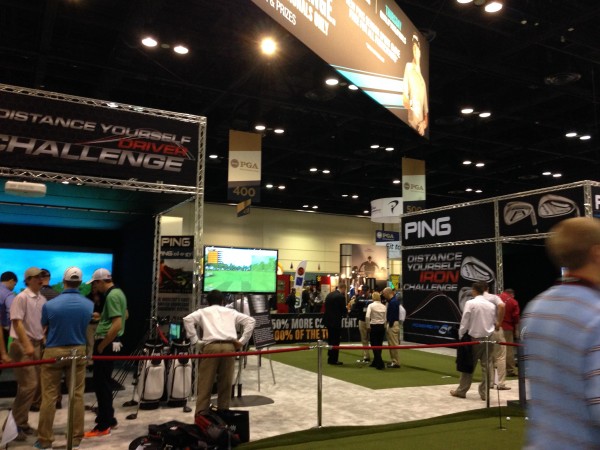 Show Presence: PING almost seems to treat their presence at the PGA Show as more of an obligation than an opportunity, and that’s not necessarily a bad thing. That makes it one of the more accessible and simple booths on the floor, especially for a company PING’s size. They posted up right next to the large indoor club testing area, giving visitors easy access to their products. PING also hauled in one of its fitting vans, which presided over the exhibit as a reminder that PING was into custom fitting quite a while before its recent rise in popularity. 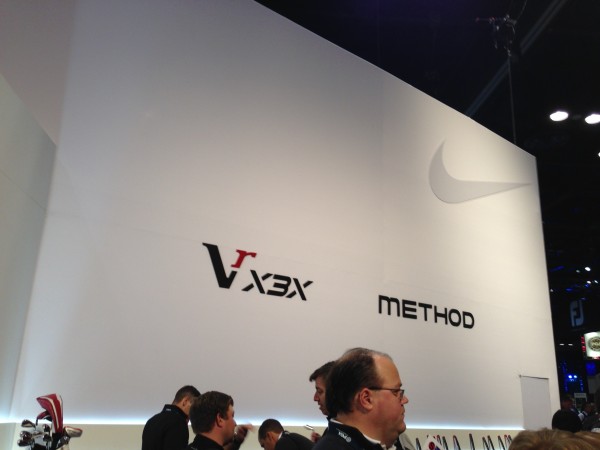 The brooding minimalism of Nike’s booth at the 2014 PGA Merchandise Show.

Show Presence: Personality-wise, Nike has always been somewhat enigmatic, vacillating between über-serious ads like the infamous Earl Woods voiceover ad to their recent turns with Rory McIlroy and Wayne Rooney and their excellent “Play in the Now” ad. Their main Show booth was minimalistic and rather serious—almost brooding—with a great deal of emphasis on the new RZN golf ball series. As always, the famous Swoosh was everywhere, as was Rory McIlroy’s curly-headed visage. 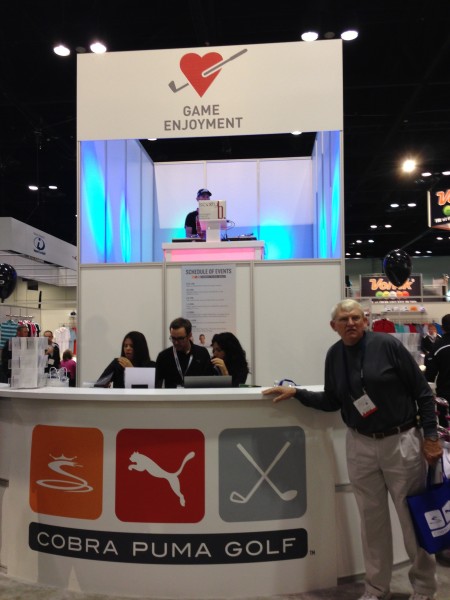 The Cobra/Puma booth at the 2014 PGA Merchandise Show had a DJ loft.

The up-and-coming tag team of Cobra and Puma is golf’s most obviously hip major brand. Whether or not you like their aesthetics is one matter, but it is undeniable that they have a vision for the image they want to portray, and they’re pursuing it hard. That’s admirable in itself, and indicative that golf is becoming “cooler,” which bodes well for the game no matter what. The outside of the booth featured both mannequins and live models, side-by-side, showing off the newest outfits. There was, by the way, only one way in and out, while many other booths were much easier to wander through. The middle also contained a tower where a DJ was presiding over the musical selection. The white walls of the booth and the brightly-clad, trim staff within gave off a distinctly European vibe.

If you had a chance to visit the Show and have opinions to add about these brands, their personalities and their products, make with the comments. 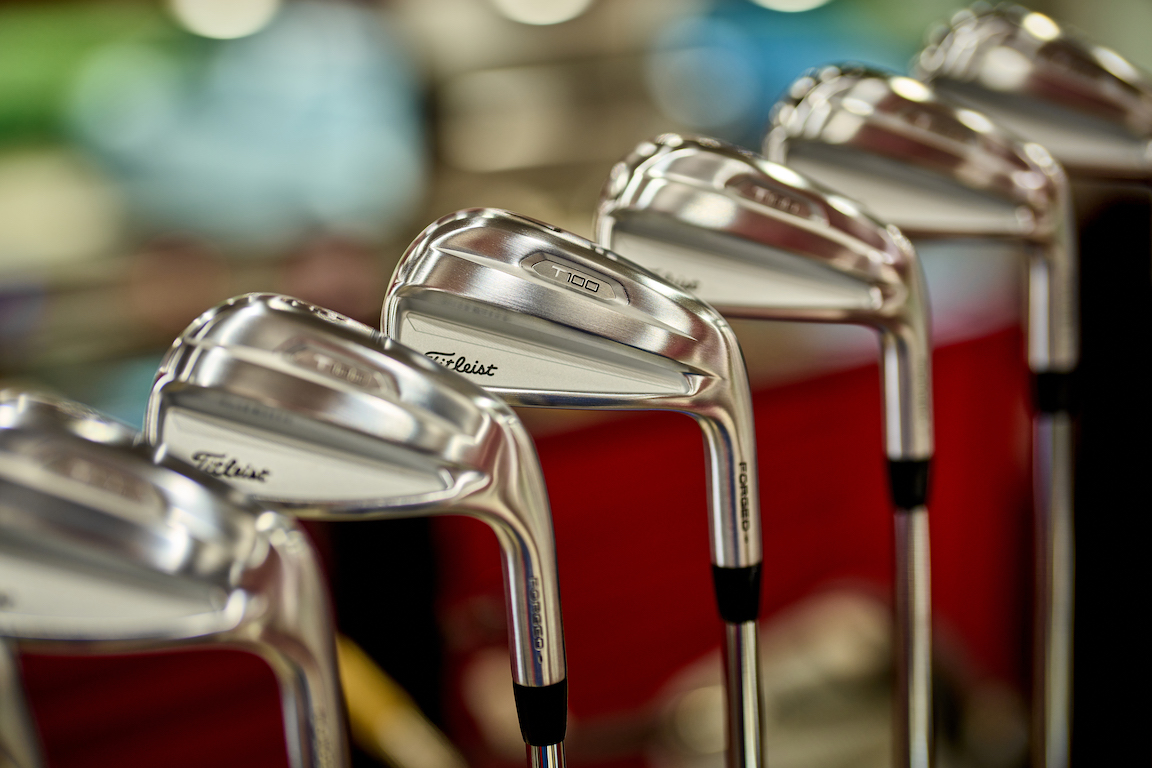 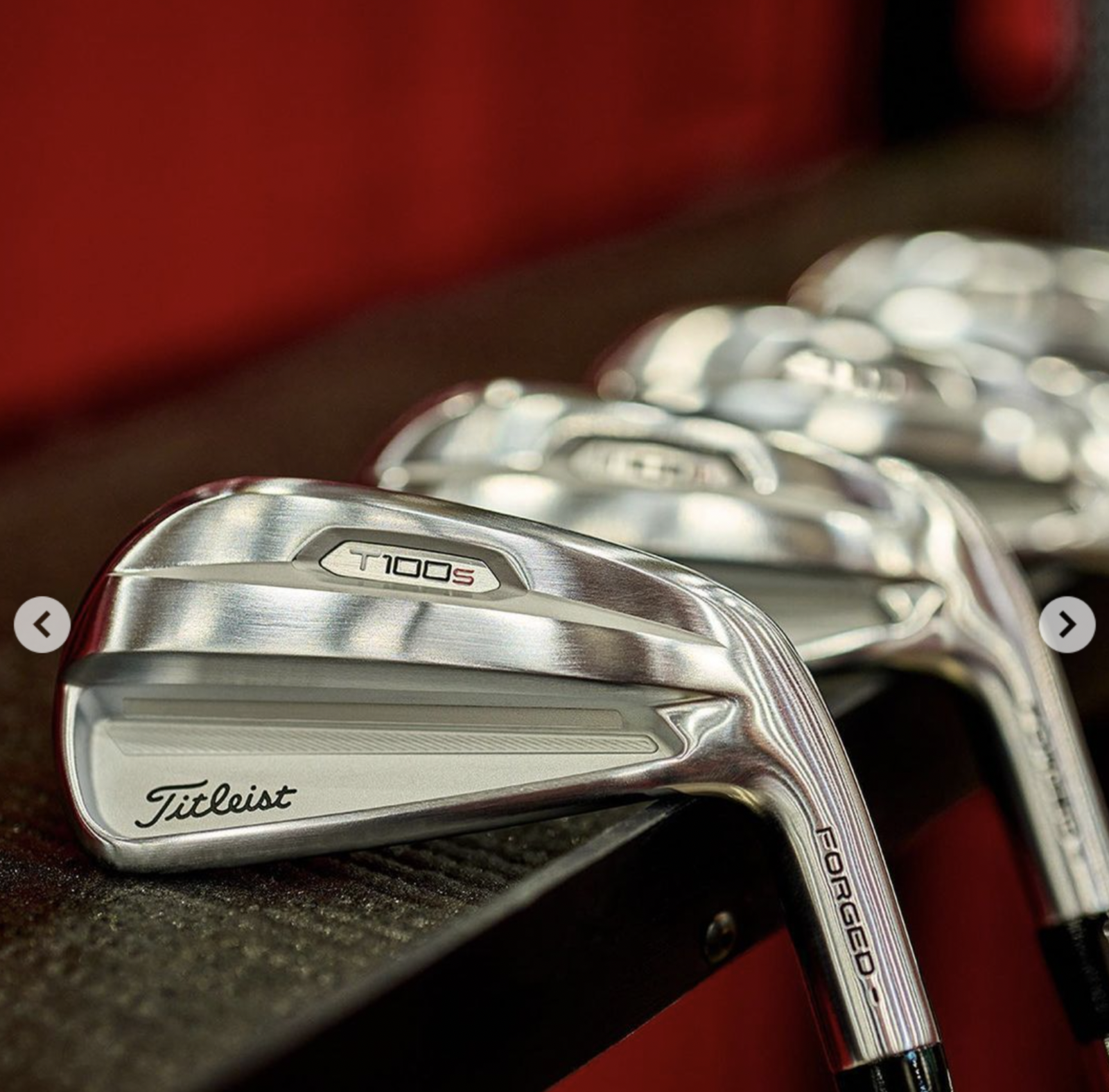 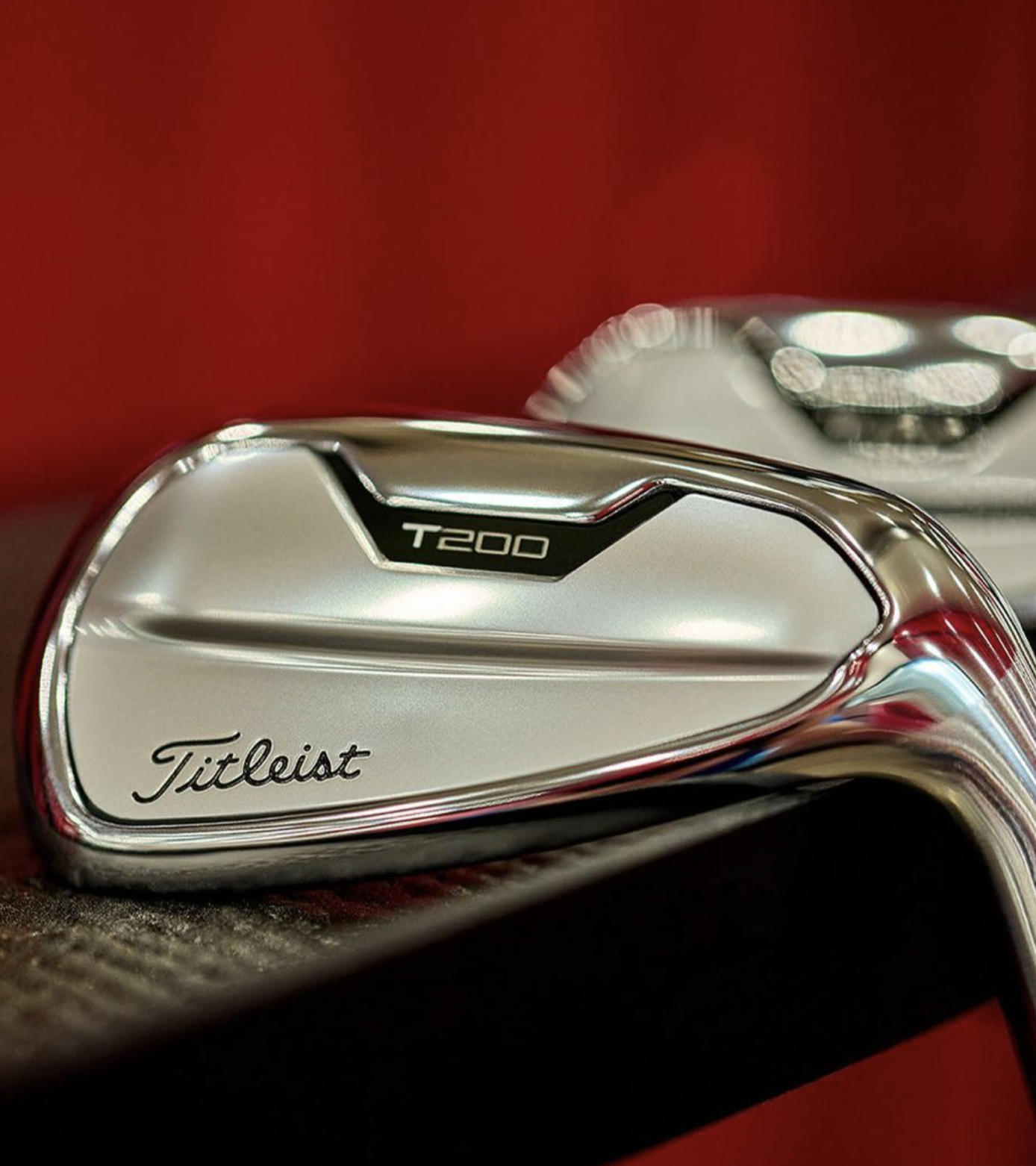 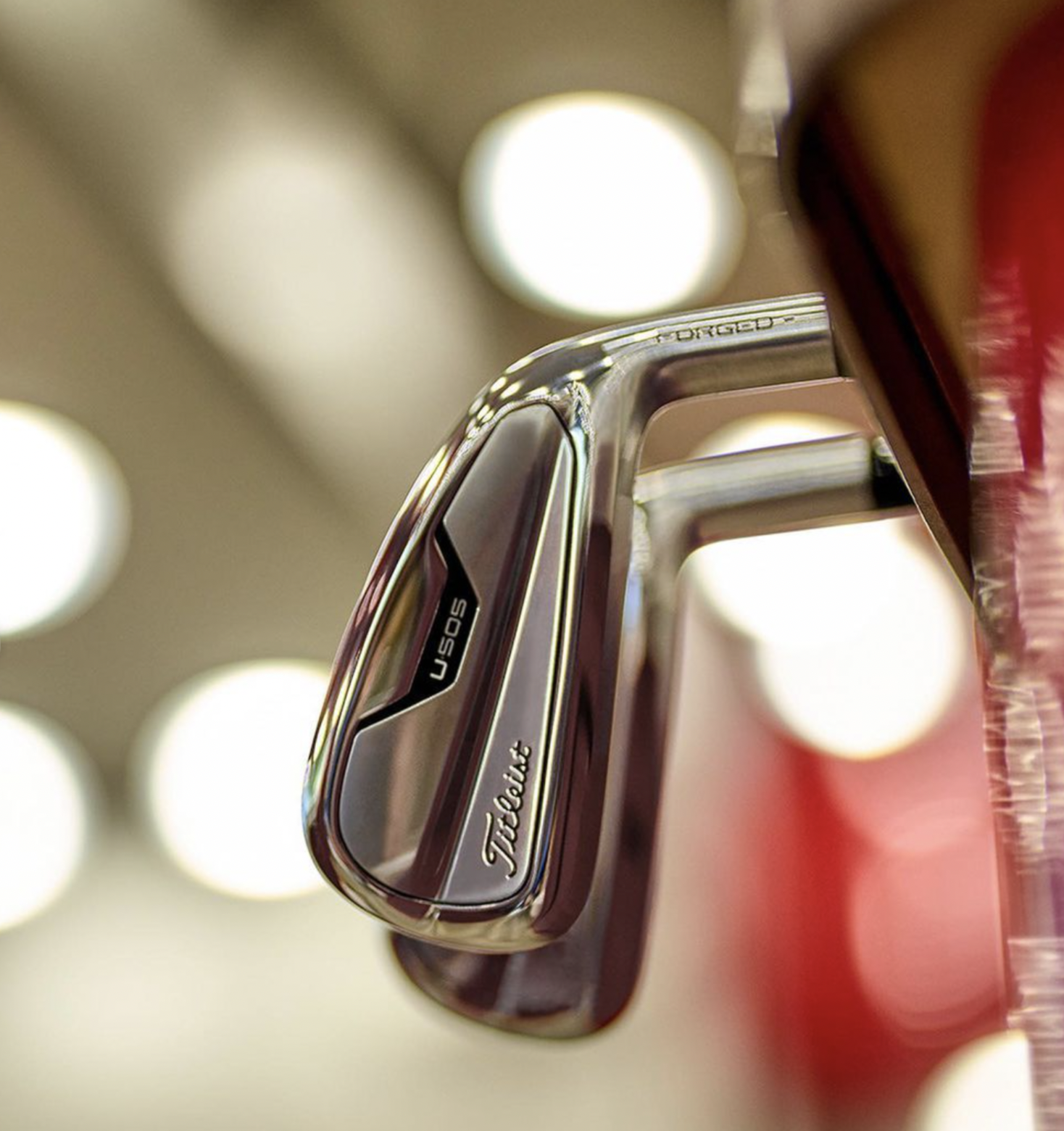 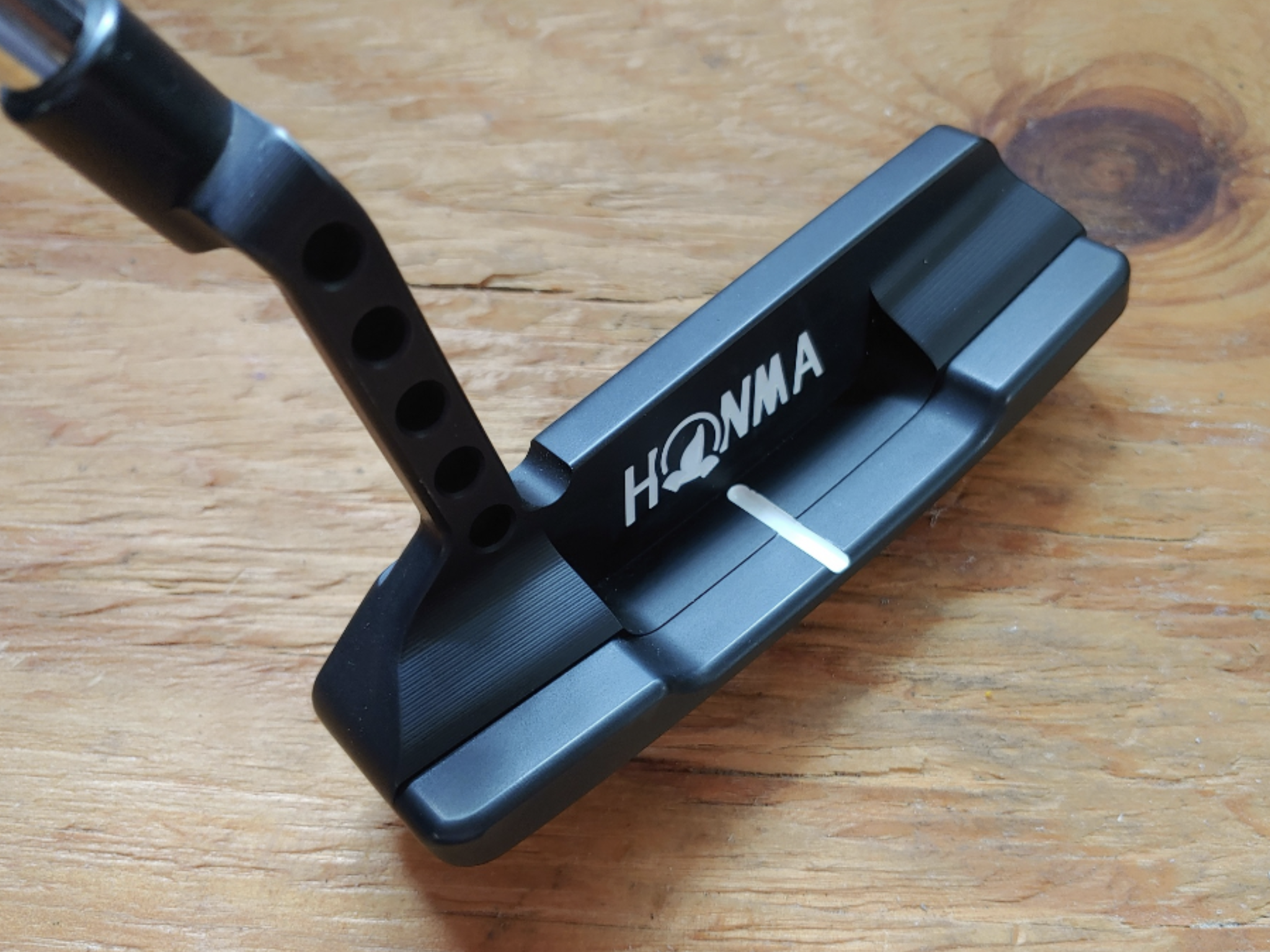 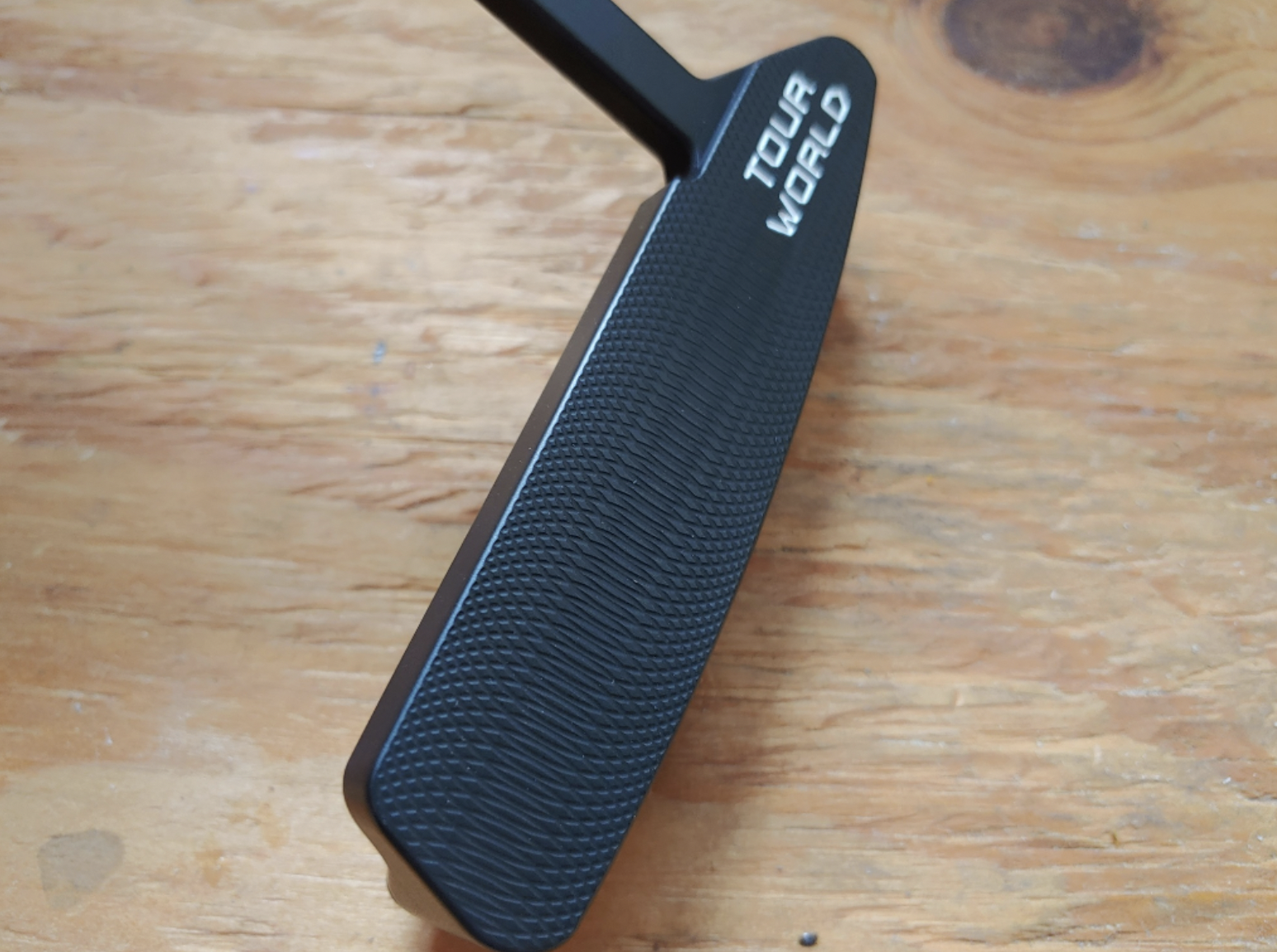 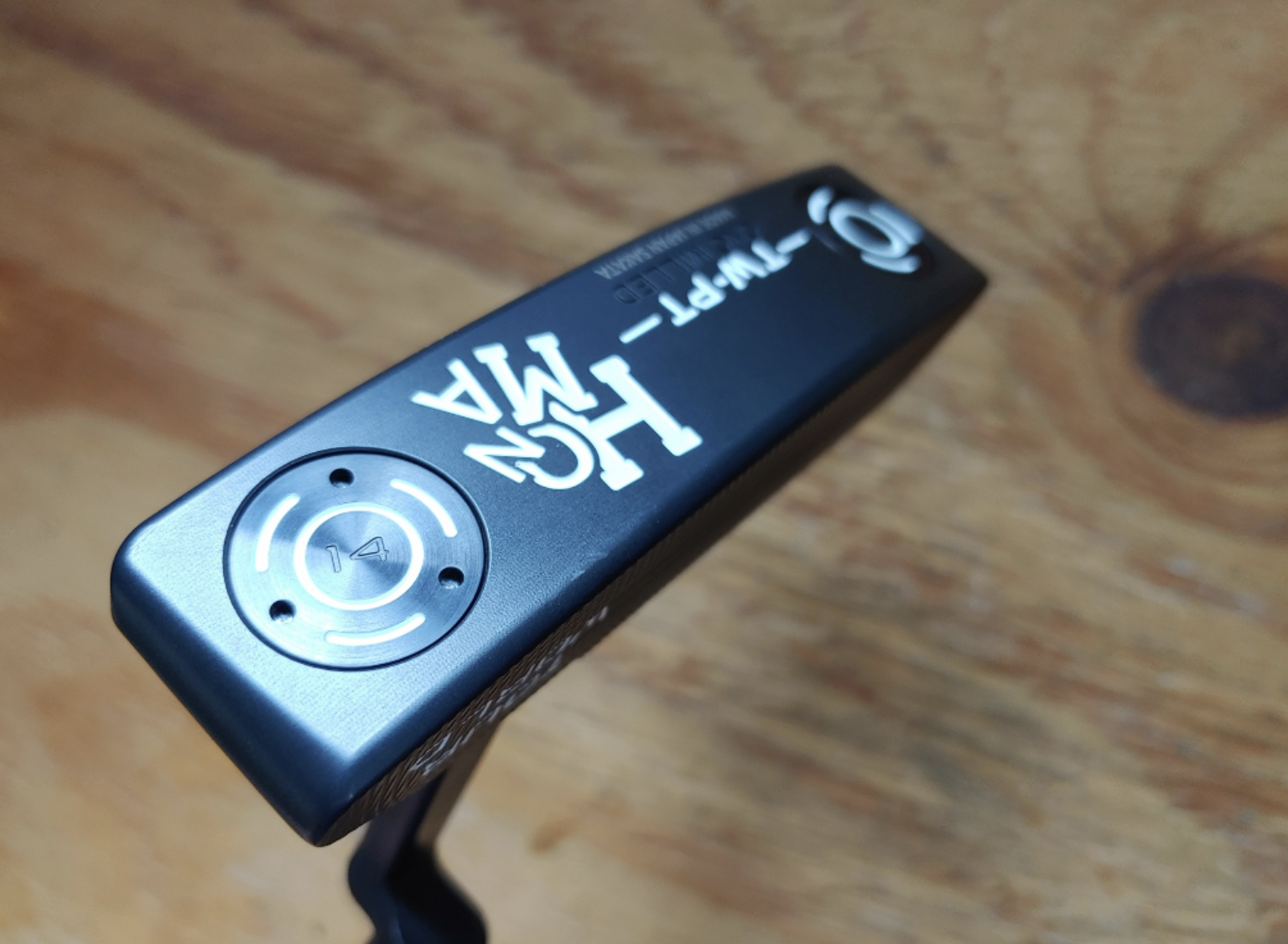 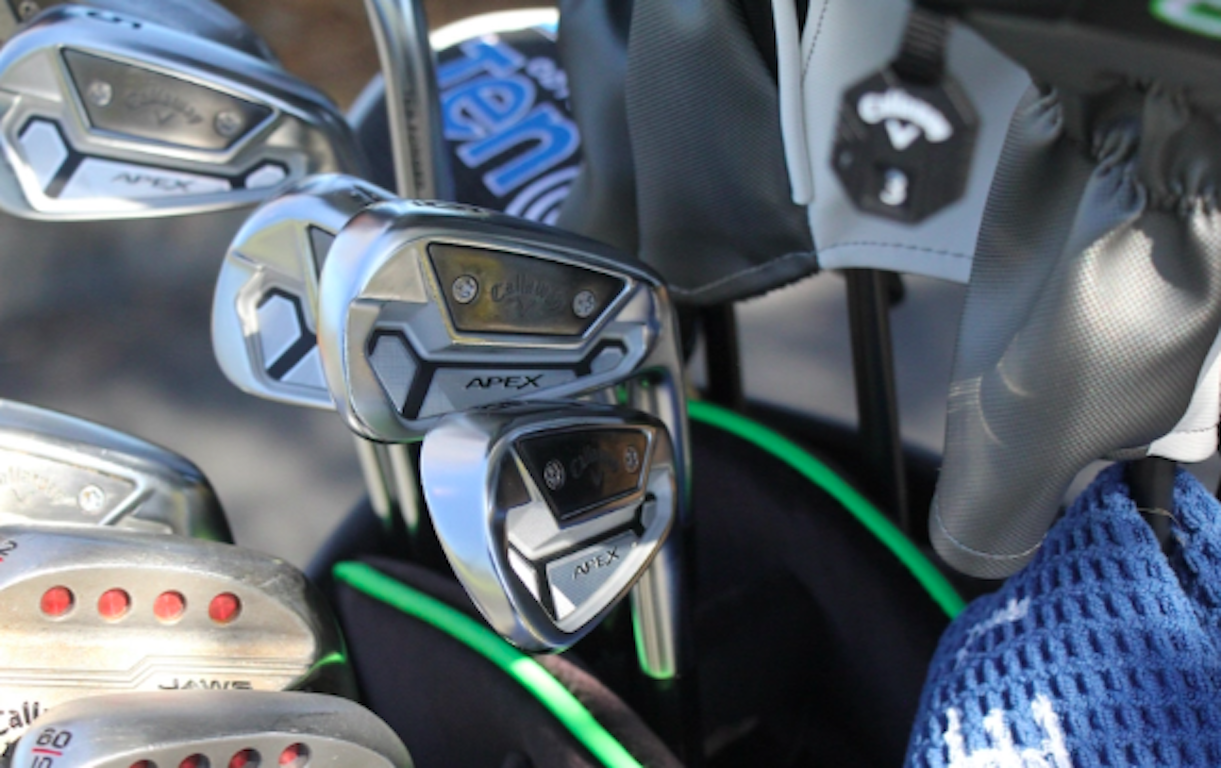 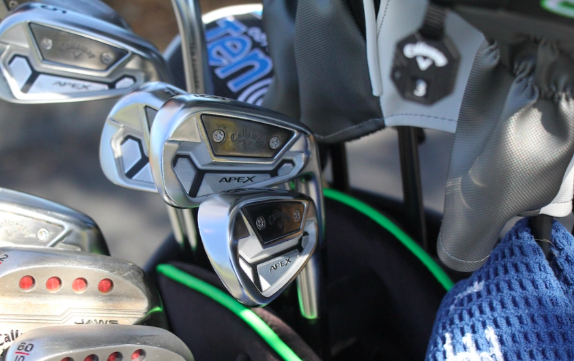 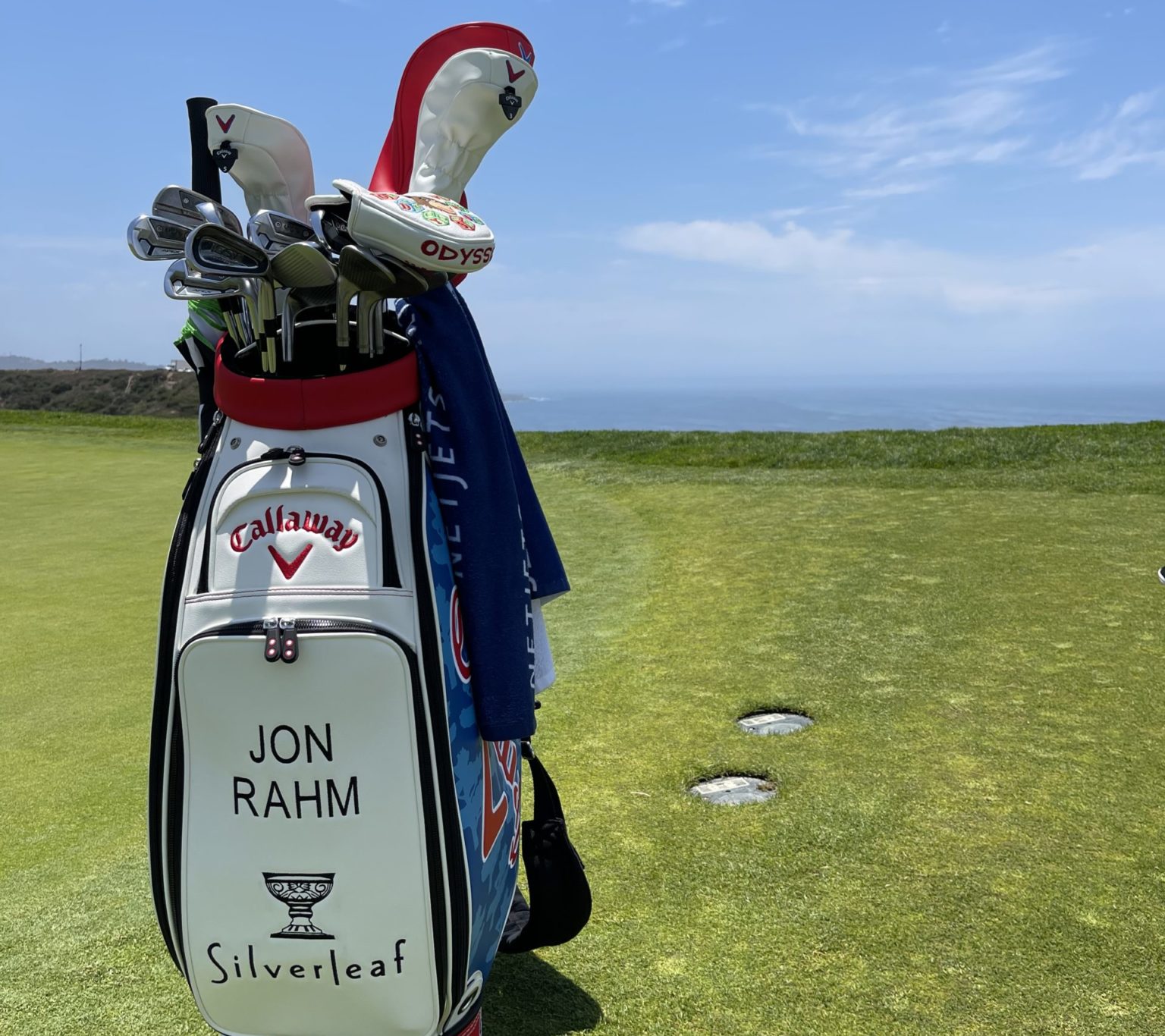