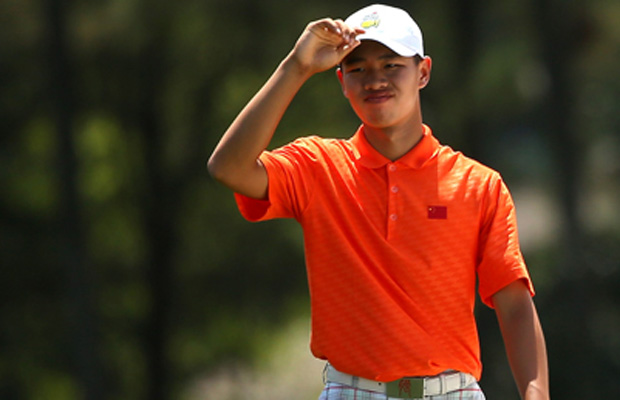 While in Shanghai for the WGC-HSBC Champions, PGA Tour Commissioner Tim Finchem announced the creation of the China Professional Golf Tour (PGA Tour China). The Tour will debut in 2014 and will feature 12 tournaments throughout the country, with purses of approximately $200,000 per tournament.

The tournament, which brought top players from all over the world to China, signifies the increasing globalization in the world of professional golf. The game is growing at an incredible rate in Asia and especially China, and the creation of the PGA Tour China promises to continue the growth of professional golf in this region.

Assuming the PGA Tour China follows the lead of the PGA Tour Canada and the PGA Tour Latinoamerica and offers Web.com Tour membership to top players, we can assume that this Tour could offer an avenue for top Asian players to showcase their skills across the world in years to come.

The PGA Tour Canada, originally the Canadian Professional Golf Tour (and before that the Peter Jackson Tour) became known as the PGA Tour Canada in late 2012. The Tour now offers Web.com Tour exemptions to top players. In the past, top players such as Steve Stricker, Todd Hamilton, Jason Bohn, Mike Weir and Graham DeLaet have honed their craft north of the border in Canada. This past year, 28 former PGA Tour Canada players teed it up at the Web.com Tour Championship.

Down South, the PGA Tour Latinoamerica was also formed in 2012. The tour consists of 14 tournaments (in 2013) hosted across Mexico and South America. Like the Canadian Tour, the top five players each season earn status on the Web.com Tour, with the money leader becoming fully exempt. Although the majority of the Tour’s players hail from South America and Mexico, there are several other nationalities represented, including the U.S.

In comparing these three regions of the world, we see that there is potential (and even current success) in these geographies. The following table shows the number of top players from Canada, China and South America respectively. Although players from these three tours will come from all over the world, there is and will be a great opportunity for local players to compete and grow their games on these tours.

Going forward, the creation and growth of PGA tours in Canada, China and Latin America promise to grow the success of professional golf in these areas. Local tours with direct pathways to the Web.com and PGA tours provide players with the ability gain entry into top tournaments with increased purses and more OWGR points on the line.

It should also be noted that these rankings are only representative of the professional game. Many amateur players are making their marks in the worlds of junior and collegiate amateur golf. Canadians have had more and more success in collegiate golf, and Chinese/Asian players (such as Guan Tianlang) have already shown incredible promise on the world stage.

The continued globalization of golf as a world sport leads perfectly into golf’s resurgence as an Olympic sport in 2016. The XXXI Olympic Summer Games in 2016 in Rio de Janeiro will be (among many other things) a showcase of the world’s best golfers.

Look for the Olympic Games to feature an incredibly diverse leaderboard of players from all over the world.