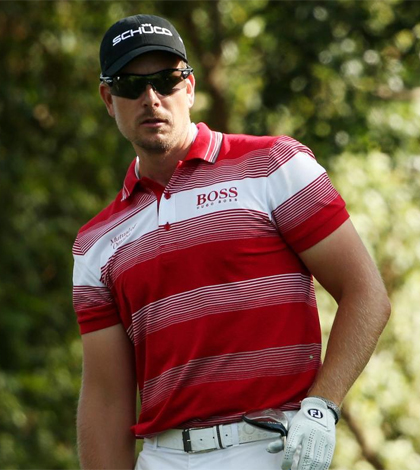 After three days of sharp play, Sergio Garcia’s Sunday woes continued with a final-round 73 at the Deutsche Bank Championship, while Henrik Stenson fired a 66 en route to his third career PGA Tour victory.

Stenson’s tournament total of 22-under (262) ties the tournament record shared by Charley Hoffman (2010) and Vijay Singh (2008). The Swede has been on fire as of late, carding top-3 finishes in four of his last five tournaments.

Stenson now claims the lead position in the FedEx Cup points list, knocking Tiger Woods out of the No. 1 spot for the first time since Woods’ victory at the Arnold Palmer Invitational in March. Woods finished T65 this week after weekend rounds of 72 and 73.

Adam Scott (T-53) dropped to third, Matt Kuchar (T-4) remained in fourth and Graham DeLaet improved from seventh to fifth in the points listing as the PGA Tour’s Playoffs moves to the BMW Championship at Conway Farms just outside of Chicago.

Garcia and Stenson both bogied the par-5 second hole, but Stenson proved to be stronger mentally, carding three straight birdies on Nos. 4 through 6. He added one more birdie on the par-3 eighth and made the turn in 3-under 33. Conversely, Garcia continued downward with three bogies to one birdie on his final seven holes of the front nine. Garcia’s final round average was 72.33 coming into this week, ranking 165th on Tour.

Roberto Castro held the lead after birdies on three of his first four holes, but faded after the mid-round weather delay.

Steve Stricker was the next closest threat for Stenson, posting a 4-under, 67 for a tournament total of 20-under. He birdied the final two holes to add pressure, but a clutch hole out from a bunker on No. 17 gave Stenson a two-shot cushion with one hole to play.

DeLaet, also playing in the final group with Stenson and Garcia, birdied the final hole for a final round 69 and a solo third place finish.

Meanwhile, Jordan Spieth closed his round on a tear, going birdie-birdie-birdie-eagle on Nos. 15 through 18 just before the horn blew. Spieth’s Monday 62 rocketed his name up the leaderboard for a T-4 finish. He stands 9th in the FedEx Cup race, an astounding feat considering he began the season with no tour status.

Spieth and Russell Henley are the lone Tour rookies who continue their march in the playoffs. At the same time, this was Spieth’s final chance to leave an impression on President’s Cup Captain Fred Couples, who will finalize his team this week. In other President’s Cup standings, Zach Johnson birdied the final hole Monday to claim the 10th spot on the automatic qualifiers list, now making Webb Simpson the first man out.

Kevin Stadler made a large leap this week in FedEx Cup standings after a T4 finish. Friday and Sunday rounds of 64 helped Stadler move from 75th to 32nd place. Brian Davis was another big mover. He started the week at No. 80 and will move into next week at No. 49. Ian Poulter also played his way into next week, moving from 77th to 52nd with a T9 finish.

Marc Leishman (T16), Ernie Els (T20), Brendan Steele (T20), Nicholas Thompson (T22) also recorded strong finishes this week to move inside the top 70 that will advance to the BMW Championship. Els finished right on the line at No. 70.