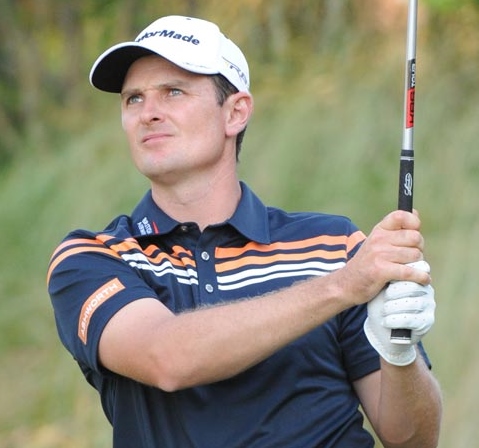 There was no fixed recipe for Sunday at Merion, no table where appetizers, main course or dessert added up to a certain outcome.

Two double bogies sandwiching a birdie, followed five holes later by a hole-out eagle from the rough kept Phil Mickelson in the hunt. Two six-hole stretches made up of birdies, bogies and one slim par joined Justin Rose to the fray. Thirteen pars and one bogey to start his round might have done the trick for Hunter Mahan, were they not immediately followed by a double-bogey six on No. 15. And star-crossed Aussie Jason Day, opening two strokes better than par over his first 10 holes, closed this U.S. Open as he did this year’s Masters, with too many bogies and no birdies for another excruciating, top-three finish in a major.

As the shadows grew longer, Justin Rose fulfilled the promise inherent in the unabashed jubilation of an 17-year old in 1998. There, at Royal Birkdale, the English teenager holed a long pitch from the rough on the 72nd> hole to finish tied for fourth, suggesting that he would rise to certain prominence. He did, but for reasons he would prefer to forget. Throughout those 21 consecutive missed cuts that started his professional career was forged the determination to succeed as a professional. Rose would win European Tour events, World Golf championships and FedExCup playoff tournaments, and shine for Europe in the Ryder Cup, but he would not win a major until fate called his reservation at Merion.

Click here to see the clubs Rose used to win the U.S. Open at Merion.

From nearly the time that Rose began his professional trek, Mickelson began to match the great Sam Snead in an ignominious fashion: he collected second-place finishes at U.S. Open Championships. Five in fact, in a variety of fashions. He lost to the late Payne Stewart’s final golfing miracle in 1999, twice at Bethpage Black (2002 and 2009) and twice more in the state of New York, 2004 at Shinnecock and 2006 at the famous “I am an idiot” Winged Foot tournament. In a city apparently named for him (Philadelphia), during a week where he proved his worth as a father by flying cross-country twice before teeing off on Thursday, Phil Mickelson added a sixth runner-up finish in the U.S. Open, his second by two fragile strokes, all six by a total of 11 inconsiderate shots.

After crushing a career drive up the center of the fairway, just a few yards shy of the Hogan plaque, followed by an exquisite iron just past the hole on No. 18, Rose nearly chipped in, leaving his birdie effort on the lip. He gave hope to Mickelson, whose own approach to No. 18 from the left rough came up 20 yards shy of the putting surface. Buoyed by the crowd’s chant of “Let’s go Phil,” the left hander from the left coast surveyed every inch of the trajectory between himself and the hole, placed the ball back in his stance, sent Bones, his caddy, to tend the flag, then slid the pitch inches to the side, harmlessly past the jar.

It should be written that the final two hours of a proper major golf championship make the viewing public forget the first three and three-quarter days. The Masters is famous for the saying that its championship does not begin until the final nine on Sunday. Lost among the heroics of the final hours at Merion were the gallons of rain water that saturated the course in the weeks and days leading up to the championship.

Momentarily ignored was Merion’s return to the U.S. Open stage, mere decades after it was relegated to lesser tournaments, shunned by men’s championship golf for being too brief and quirky an experience. Briefly forgotten were the heroics of Charl Schwarzel, Steve Stricker, Hunter Mahan and Luke Donald, replaced by nearly-innumerable scorecards at 6-over, 7-over and higher.

Since 1970, when Tony Jacklin hoisted the trophy named for no one in particular at Hazeltine in Minnesota, great names from England had tried and failed to emulate him. Nick Faldo, Lee Westwood, Luke Donald, Paul Casey and others made valiant runs at the title, but to no avail. In 2013, on No. 13 of the final round, Rose took the lead for good and brought the train into the station. At the awards ceremony, USGA President Glen Nather hung the Nicklaus champion medal around his neck and the dream became reality. “Oh boy,” he exclaimed.

The Scorecard: U.S. Open at Merion