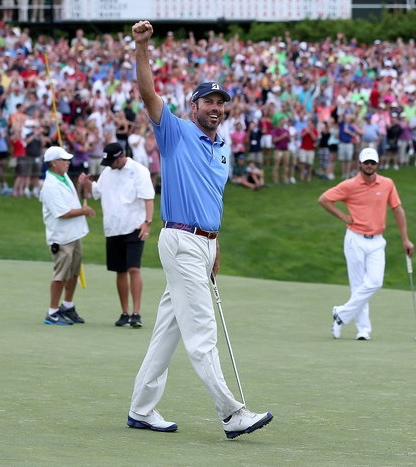 Matt Kuchar isn’t a fan favorite on Tour because of exuberantly combative fist pumps like we see from Tiger Woods. And he’s not a fan favorite because of dominating, record-shattering performances like we’ve seen from Rory McIlroy.

The always smiling Kuchar is a fan favorite for a much simpler reason. “Mighty Matt” genuinely loves the game of golf and is grateful for everything around him.

“This is such an amazing feeling,” Kuchar said after winning the Memorial Tournament at Muirfield Village this weekend. “This never gets old. To have Jack Nicklaus congratulate me is a real treat.  This is as special as it gets.”

And the Tour’s “Smiling Assassin” is proving that nice guys do finish first.

Click here to photos of the clubs Kuchar used to win the Memorial.

Kuchar hasn’t missed a single cut in 14 events this season, and only missed one cut in 22 events last year.  Since 2010 — the year he ranked first in scoring average and was the Tour’s money leader — he’s notched a Tour best 35 top-10 finishes.

Kuchar’s victory at “Jack’s Place” was his sixth career Tour win, and second of the season – including his February triumph at the WGC-Accenture Match Play Championship.  Throw in Kuchar’s two previous victories: the The Barclays in 2010 and 2012 Players Championship, and he’s quietly building quite an impressive resume that makes it seem likely that a major championship could be next.

But not so long ago Kuchar was barely noticeable on Tour.  Two years after his rookie season, the 1997 U.S. Amateur champion lost his Tour card and competed on the Nationwide Tour to regain his playing privileges. It taught Kuchar valuable lessons, the first of which was learning to deal with adversity.

“I wasn’t going to let [losing my Tour card] bother me,” Kuchar said. “I think some guys look at it as an insult. Some guys it bothers. Some guys don’t recover. I knew this is where I belonged. I was just going to say I was going to do my job down there and get back out here. So I look back at it and a lot of things came out of it.”

Instead of becoming one of the Tour’s “whatever happened to” players, Kuchar became a model of consistency — in large part because he maintains his composure, is patient and plays smart.  As Kuchar himself once said,

“Golf will beat you up. You don’t need to help it by beating yourself up.”

During this time Kuchar also decided to overhaul his swing.

“I love that golf is strictly performance based, and I hadn’t performed well enough,” Kuchar said of going back to the Nationwide Tour.

So Kuchar worked on developing a more consistent swing he would be comfortable with and confidently rely on. A flatter one-plane swing taught by Chris O’Connell, his teacher since 2006. 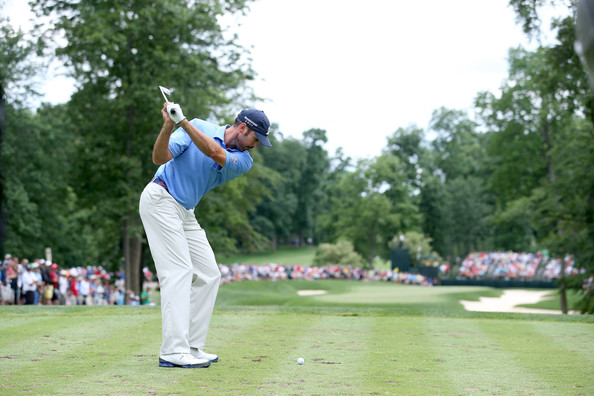 Today the 34-year-old’s swing is widely considered one of the most repeatable on Tour, and often draws similarities to that of Ben Hogan. And with the U.S. Open at Merion this year, the site of arguably the greatest shot in golf history — Hogan’s immortal 1-iron in 1950 — Kuchar hopes the similarities run even deeper. Hogan was also 34-years old when he won his first major.

But perhaps the greatest lesson that came out of Kuchar’s time on the Nationwide Tour was learning just how much he loves the game and how grateful he is for all it’s given him.

“I love the game,” Kuchar said in a 2010 press conference. I love practicing. I love everything about it. I love having chances. And even when the chances don’t go your way, I think it makes you tougher, makes you stronger.  If you don’t get beaten up by it, if you keep on stepping forward, all those close calls, they’re going to make you better for opportunities in the future. It’s fun. I have a great time out here. I enjoy life as a professional golfer. I think it’s a great life. And I feel awfully fortunate.” 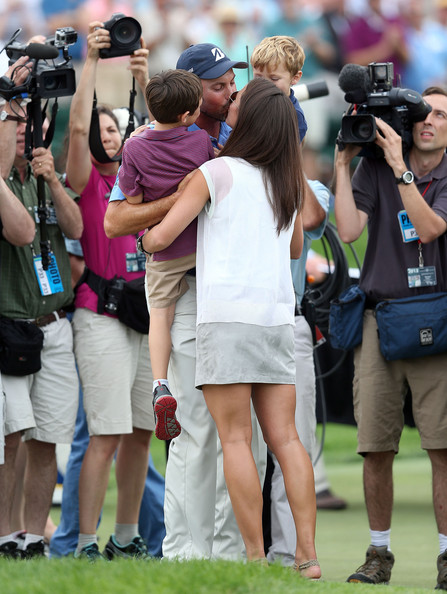 Sunday evening after the Memorial Kuchar candidly admitted there were a couple things missing from his pedigree when the season began. One was winning multiple times in a season. He can check that off his list. The other? A major championship.

The Most Important Fitting Elements for Accuracy 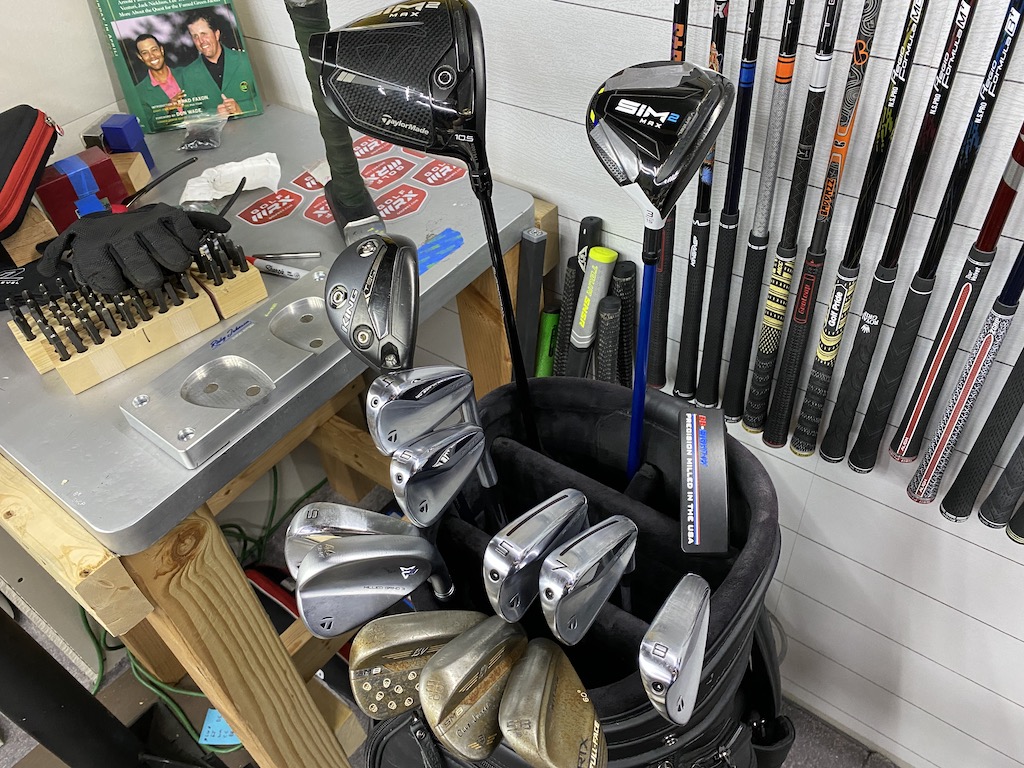 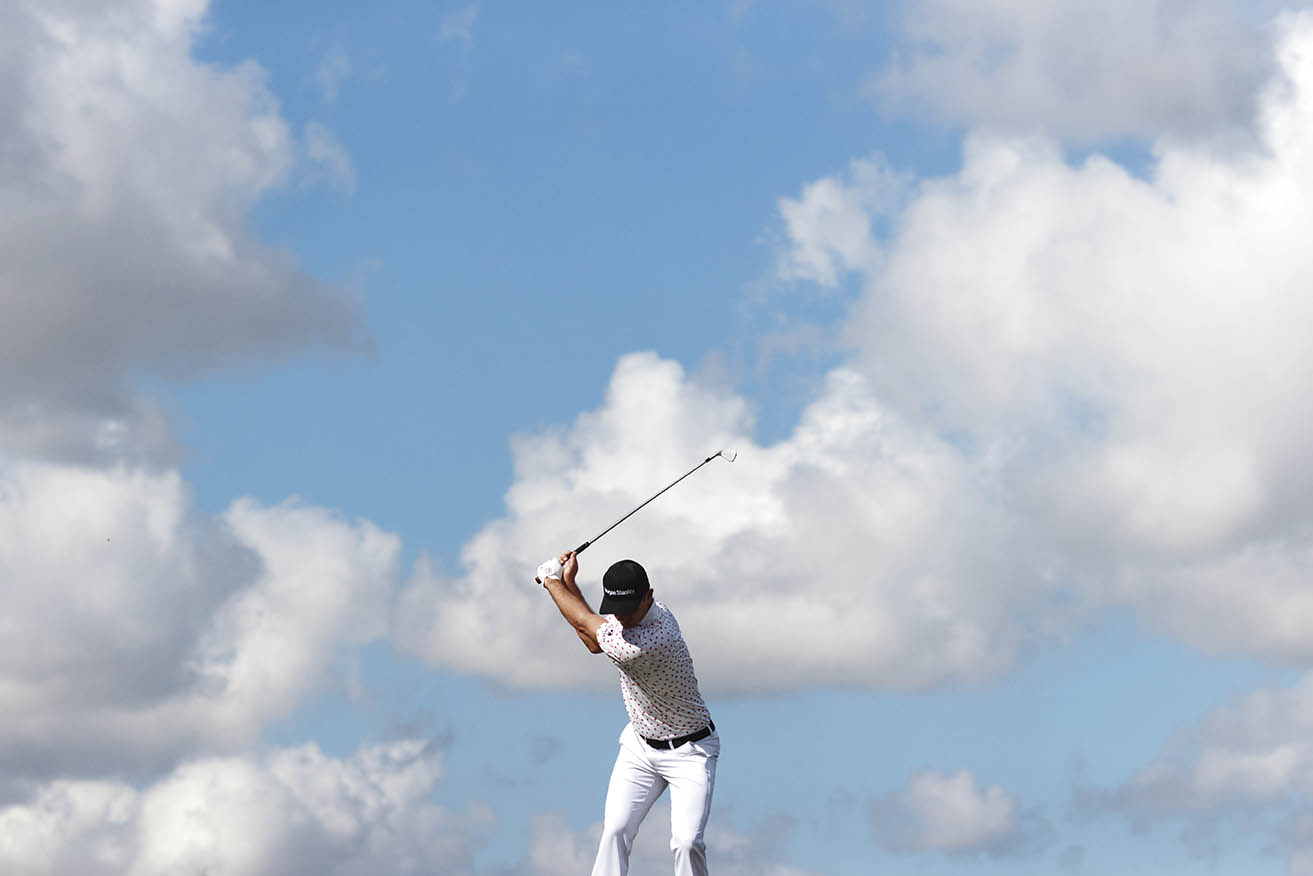