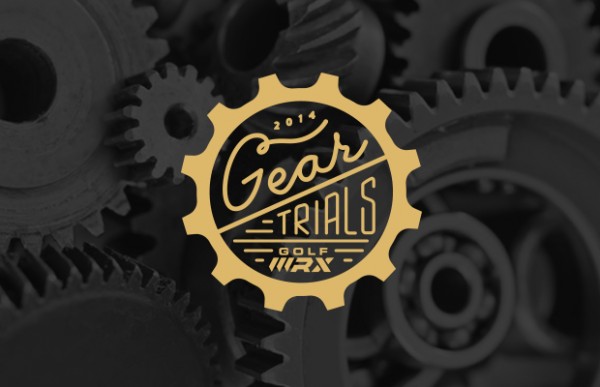 GolfWRX’s editorial team recognizes golf equipment of the highest quality, design and performance with our “Gear Trials” award, which signifies that a club is one of the best in its category.

This year’s selections and nominees are the result of votes cast by our panel of expert club fitters. We ask six of the most elite club fitters in North America to participate in polling to determine the winners, and we repeat polling every three to four months to make sure our lists are up to date with the latest products.

Their feedback, combined with our new player testing managed in partnership with Miles of Golf, allows us to filter through the hype to provide the GolfWRX readers with a list of the absolute best golf equipment currently available.

Each year for several years, GolfWRX has been publishing our “Best of” equipment awards, a list of what we believed were the absolutely best golf clubs on the market for that year. This year we are making changes to the process and the name.

The two biggest parts of our evaluation process have been:

We’ve recognized, however, that an ultimate club test has to grow larger than the opinions of our equipment editors and panel of custom fitters.

Explaining the changes for 2014

1. Editor Reviews (REMOVED): While we will continue to have members of our editorial staff review the latest equipment, we will no longer factor their ratings into our yearly club test. They will remain an important part of our site, however, as they provide context that can help golfers better understand the newest golf equipment and provide feedback on looks, sound and feel that is difficult to capture in a mass player club test.

2. Custom Fitter Panel provides more data (MODIFIED): The feedback of our panel of custom fitters has proved invaluable through the years, which is why it will remain as a key part of our evaluation proves.

All of the clubs in our mass player club test were evaluated with Doppler radar launch monitors that captured every data point imaginable, and we placed a special emphasis on their performance in launch, spin, ball speed and smash factor. That data allows this year’s test to go deeper than those of the past, and we’re adding another component, breaking down 2014’s best equipment into three major categories:

The custom fitters we poll spend most of their time helping golfers find the ideal combinations of club heads and shafts. Is there really any better source of information than those who earn their livelihoods by helping golfers hit the ball longer, straighter and more consistently?

As a member of our custom fitter panel told us, “Anyone who tells you that there is a bad driver out there is lying. They’re all good. The question is, what driver is best for each golfer.”

3. Mass Player Testing (NEW FOR 2014): This year’s list, more than ever, will address the specific needs of golfers who understand that there is no “best club,” but only the best club for them. And this year’s player testing gives us the clearest picture we’ve ever had of the strength of weaknesses of each product.

The feedback of our panel of clubfitters, not us, account for 60 percent of a club’s score in Gear Trials. Another 30 percent is based on the data from our club test, leaving our equipment editors with a mere 10 percent of the vote and the ability to settle ties.

We set our scoring process up that way because of the faith we have in our panel of custom fitters, who are some of the best in the business and have staffs that fit everyone from the best players in the world to weekend hackers on a daily basis with the latest technology available.

Our Panel of Clubfitters

Add all this up and one thing becomes clear; we take our awards very seriously. You can spend countless hours in the GolfWRX forums reading, writing and asking questions about the latest golf gear. If you’re really hardcore, you might even buy and sell clubs in our BST (Buy/Sell/Trade) forum to find the best match for you.

We certainly don’t want to discourage you from doing that; it’s a lot of fun, and our team and up to 1.5 million monthly visitors do it every day. But we offer the Gear Trials list as a much quicker and easier route to equipment nirvana.