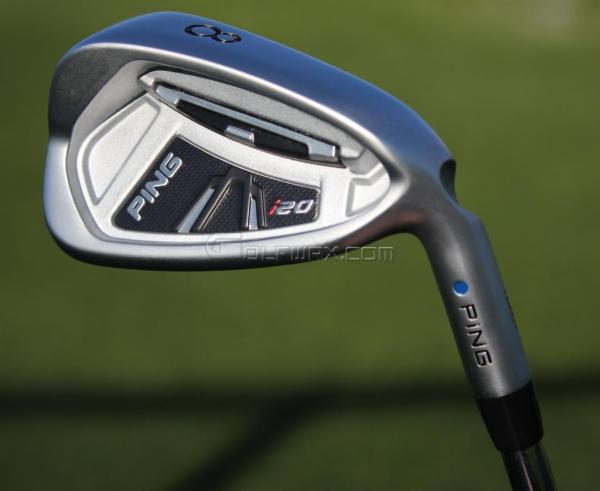 GolfWRX Exclusive! An In-Depth, First-Hand Look at the New Lineup

ust a few short days after PING announced the G20 irons, interest immediately shifted over to what the i20s might hold. With nothing more than a low-quality TiVo’d screen capture of a wedge on a desk and lots of hearsay, WRXers speculated on what PING had up their sleeves. Last month PING had a few of us come down to put the rumors to rest and let us know exactly what we had to look forward to. And I gotta tell you, the buzz was warranted. Now, because of the interest generated on this site, PING is letting GolfWRX showcase the i20 lineup!

Click here to see more photos and read discussion in the forums… http://www.golfwrx.com/forums/topic/561705-very-first-look-at-the-ping-i20-irons/

At first glance, the i20 irons are an obvious departure from the i-lines of the past. The most obvious of these changes are the use of the vertical custom tuning port (CTP) and stabilization bars in the cavity; carryovers from PING’s S56s. The stabilization bars help improve feel along with a thicker face in the impact area, while the vertical CTP construction allows for a lower center of gravity and different options for weight positioning.

Another key feature to the design of the i20s is PING’s blended set concept. As was the case with the i15s, the i20s are noticeably longer heel to toe in the long irons, gradually decreasing in size to the wedges. This time around, PING made the top rail thicker in the long irons transitioning toward a thinner topline in the wedges, dramatically increasing the MOI where golfers need it most.

Along with the tungsten weighting in the toe, these three features increase the MOI across the horizontal axis by about 3% throughout the set, and between 4% (PW) and 12% (3iron) more vertical axis forgiveness over the i15 irons. Given the greater headweight and smaller size that irons have compared to drivers, that increase is substantial. Basically, the i20 irons provide golfers a pitching wedge that has almost the same workability as the S56s with a 3 iron that’s even easier to hit than the i15 counterpart.

New to the i20s is the variable cavity pull construction. Here, PING moved the center of gravity down and toward the front in the wedges to give players a more piercing trajectory, progressively pulling the COG back to elevate ball flight in the long irons. This feature makes the clubs more user friendly while maintaining workable distance control throughout the set, prioritizing accuracy in the short irons and forgiveness in the long irons.

The last key design change in the latest i-iron, is the decreased moment of inertia around the shaft axis. In keeping with the varying nature of the blended set design and the cavity pull construction, PING decreased the axis MOI in the i20s by 14% in the 3 iron and 22% in the pitching wedge over the i15 irons (with the middling 7 iron coming in with a 20% decrease). This makes it easier for golfers to manipulate the club through rotation, working the ball left or right as needed, while not losing forgiveness off mishits.

To accommodate all these new features, the differences in how they’ll cause the ball to react, and the adjustments that golfers may make, PING adjusted the sole design so that turf interaction wouldn’t detract from the clubs’ utility. Changes include more material in the heel to decrease digging, more bounce, a slightly blunted leading edge, and a little trailing edge relief. These changes were needed because when the lower the center of gravity is placed, the more the clubhead wants to deflect down into the ground when impacting the ball (which is why you don’t take divots on practice swings).

In standard PING fashion, the i20 irons will be available both lefty and righty in 3-9, PW, UW, SW, and LW configurations. The standard shaft offering will be PING’s proprietary CFS shaft.

For those new to this shaft, it’s based on the ZZ65, but has been expanded from the original hard stiff flex. One of the characteristics that made the ZZ65 unique was the thicker tip section, which reduced tip action at impact and flutter immediately after. In the Stiff flexed CFS, PING extended the tip by an inch to bring the stiffness to the current industry standard. Short irons get slightly less tip reinforcement to help with feel. The X-flex CFS shafts have a tip that is 1″ shorter and 5 grams heavier, while Regular and Soft Regular CFS shafts have no tip reinforcement to help activate the tip.

I am REALLY looking forward to these irons. My impressions were…very favorable.

PING today unveiled the i20™ driver, fairway woods, hybrids, and irons, relying on innovation and custom engineering to ensure that every design attribute helps to optimize performance, right down to the color of the clubs’ finish.

“In the i20 series, we’ve combined workability, distance and forgiveness with the goal to make any golfer a more versatile and complete player,” said John A. Solheim, PING Chairman & CEO. “We’ve engineered the i20s with a solid feel and generous forgiveness but also a degree of workability for the player who wants full command of the clubface for controlling trajectory and shot shape. Anyone who is passionate about their game is going to be very confident and capable with this game-improvement technology.”

In the multi-metal irons, a progressive set design features long irons that are slightly larger, high launching and more forgiving. The smaller short irons feature less offset and provide exceptional control. Distance control, a key to consistent iron play, was a priority in the irons’ design, Solheim said. “The stabilizing bars and the thicker face offer great feel and ensure that golfers can hit to precise yardages. Distance control is an absolute must for better players, but precision is going to help anyone lower their scores.”

Click here to see more photos and read discussion in the forums… http://www.golfwrx.com/forums/topic/561705-very-first-look-at-the-ping-i20-irons/ 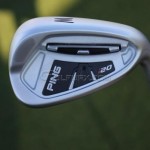 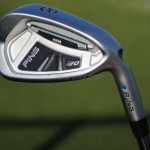 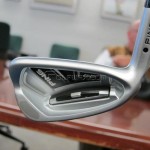 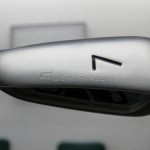 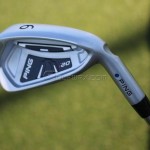 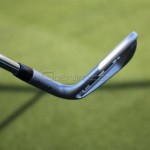 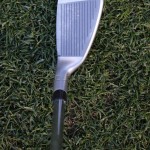 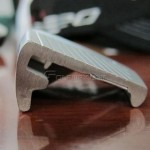