New year, and LIV look to have landed another PGA Tour professional.

As reported by The Telegraph, Mito Pereira is expected to sign with LIV Golf next week.

The Chilean has long been rumored to join his compatriot Joaquin Niemann on his Torque GC team, and Niemann said last month he was “doing everything possible” to get Pereira to join LIV.

While the 27-year-old isn’t the elite superstar that really moves the needle towards LIV, he is a good up-and-coming golfer who had a big year in 2022 that included three top-ten finishes and an infamous near-victory at the PGA Championship at Southern Hills.

The LIV Golf season is set to begin at Mayakoba on February 24. 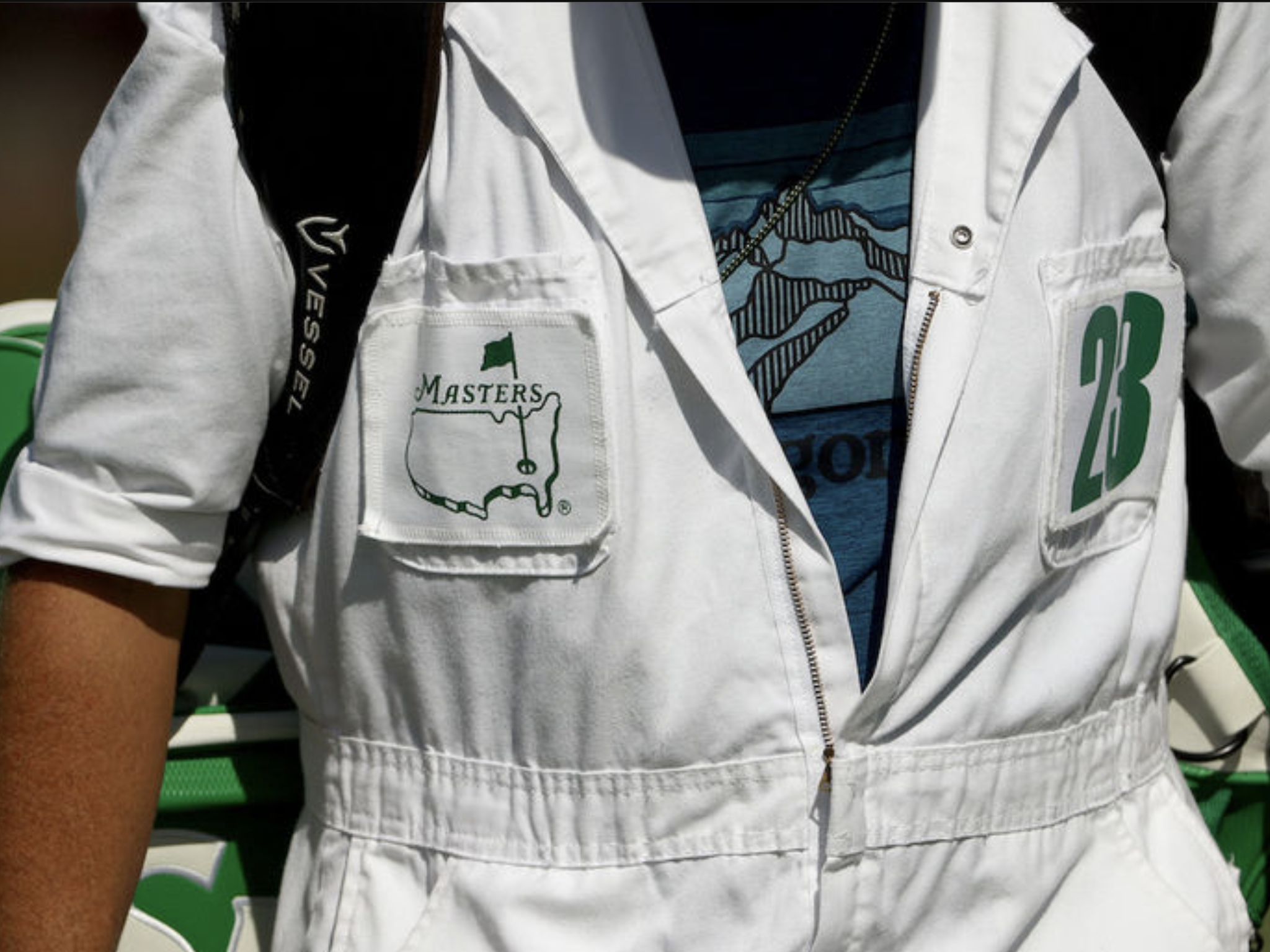 Even the most seemingly ideal player/caddie relationships don’t last forever, with news emerging this week of a very surprising split.

As first reported by the Irish Independent, Shane Lowry has split with long-time looper Brian ‘Bo’ Martin with sources saying that the pair had lost their “spark” or “chemistry.”

Per the report, the two had been considering going their separate ways for weeks, and after an inconsistent start to the new season, Lowry has decided to shake things up.

The pair enjoyed plenty of success during their relationship, with the high point coming at an emotional Open victory for the Irishman at Royal Portrush in 2019.

However, things did not appear all rosy between the two in recent times, most notably at the 2022 Masters, when Shane delivered an on-course rant at this caddie, who he blamed for a poor layup decision.

The 35-year-old is now in the market for a full-time caddie and will likely want to snap up one soon, with the Ryder Cup coming later in the year. 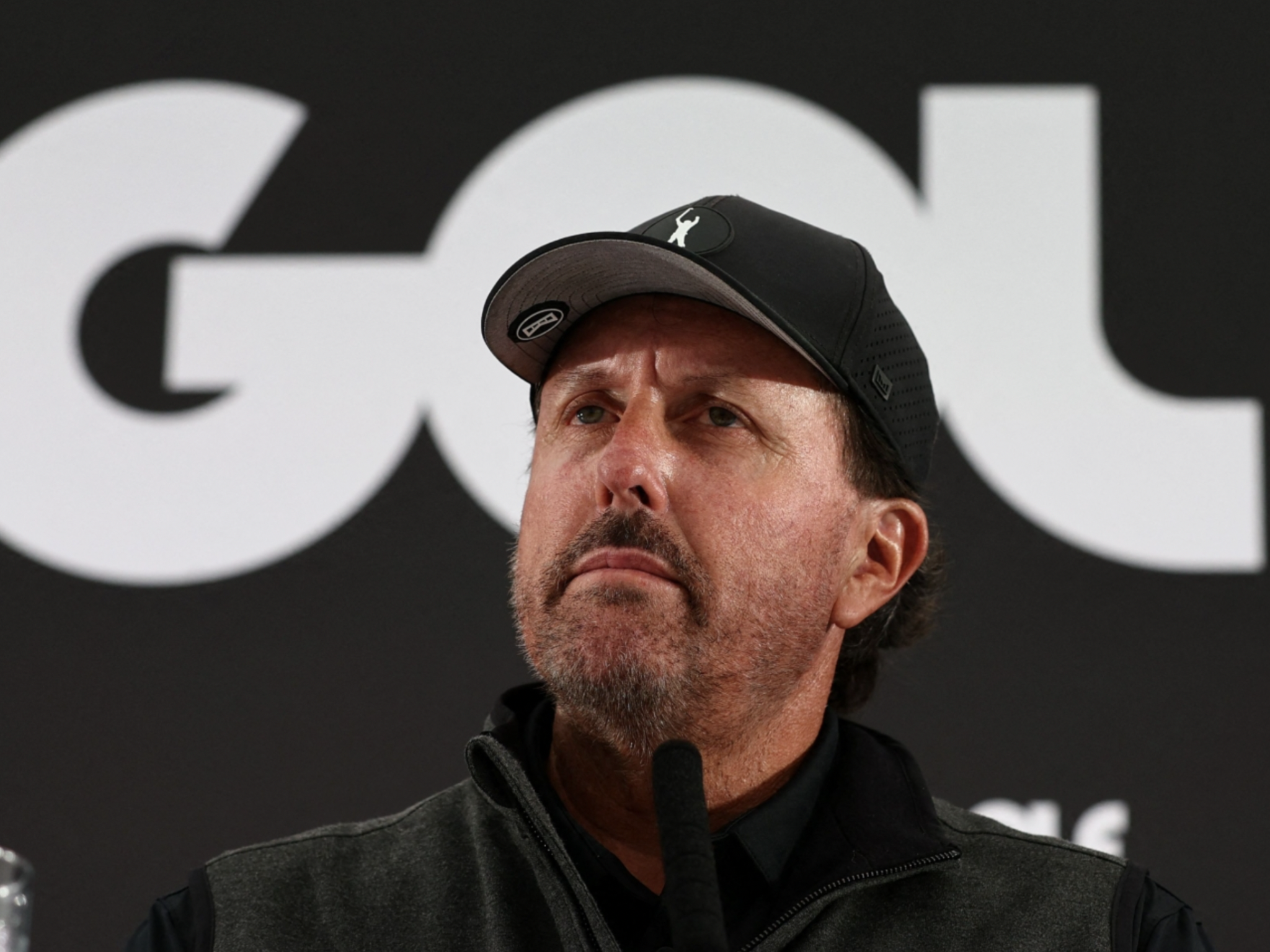 In a new wide-ranging interview with Bob Harig of Sports Illustrated, Mickelson has been speaking on a renewed focus, not interfering with rows between tours and his peace with being where he is in terms of a return to the main tours.

The 52-year-old said that he is “in fantastic shape. I’ve never had injuries. I’ve made changes. I’m just putting last year out of my mind and disengaging. A lot of stuff happened, and I’m refocused on today and starting the year.”

Confirming he still has the desire to compete at the highest level, Mickelson told Bob Harig, “I’m in every major for the next three years and I think I have a chance to win one or two more and create these accomplishments that haven’t been done at this stage. I feel like I can duplicate Kiawah.”

Kiawah was, of course, the venue at which Mickelson became the oldest-ever major champion, an event he was forced to withdraw from last season, and therefore unable to defend his sixth major.

He still believes he has what it takes, saying, “Now that I’ve had this time off, I’m ready to have a special year and do some things that have never been done by a player my age. That’s really what is driving me. It’s a unique opportunity nobody else has ever had.”

Mickelson maintains he still has good friends on both sides of the tour versus tour row, telling Harig:

“The relationships that are going to be affected were not really close and were more acquaintances. Their views are going to be altered by public perception or whatnot. The friends are still close.”

He is keen to forget what has happened, preferring not to comment on the current McIlroy/Reed saga – “That’s between them. That’s not really my thing or anything I want to get into,” but says he is fine with any decision regarding his own future on the PGA Tour.

“If I were never to play another PGA Tour event, I’m totally at peace with it,” confirmed Lefty.

“But I believe by next year I’ll have the opportunity if I want [due to the pending litigation]. I don’t know if I’ll have the time.”

“I’m playing 19 events and don’t know how much more. I’d actually rather scale down the number of tournaments, because I’m also in the four majors. That’s a lot of golf.”

“But,” he said, “ I’m motivated and excited to get started. All of these things create new energy. Having teammates to push each other. I’m motivated, but I don’t see the benefit to playing more. The tournaments where you are going to leave a mark are the majors. That creates a life memory. If I win another Tour event, who cares? It’s not like it’s going to do anything for how I look at my career. Another major would be a unique, special moment. That’s really where I want to thrive. And sure, it would mean a lot to win some LIV events because of the role I’ve played as it’s been created.”

As with a handful of European tour players, there was a time when specific names would almost certainly be Ryder Cup captains.

Harig asked Mickelson how it felt to maybe not finish his own Ryder Cup legacy in a similar vein:

“I’m totally comfortable. … I’ve loved being part of the Ryder Cup as a player 12 times and as a vice captain once. I’ve had more great experiences than probably anybody. If I’m not a part of it, I’m at peace with that as well. And I’m proud of the role I’ve played in that. And the role in creating change and integrating player input and involvement. Having more continuity from year to year. I like seeing us play our best golf in the Ryder Cup, even if I’m not ever part of it again.”

Lefty speaks about his role at LIV, how he likes that, “we’re bringing golf to different parts of the world. And LIV has some of the greatest characters in the game. Controversial characters. Good or bad, love them or hate them, people are interested in them, positively or negatively,” and also comments on the current OWGR world rankings, saying, “This one has lost any credibility.”

Ultimately, it appears Mickelson has had enough of the fighting, and summed it up by answering how he would look back on this period in a few years.

“It’s a short-term disruption for a long-term gain. That’s all.” 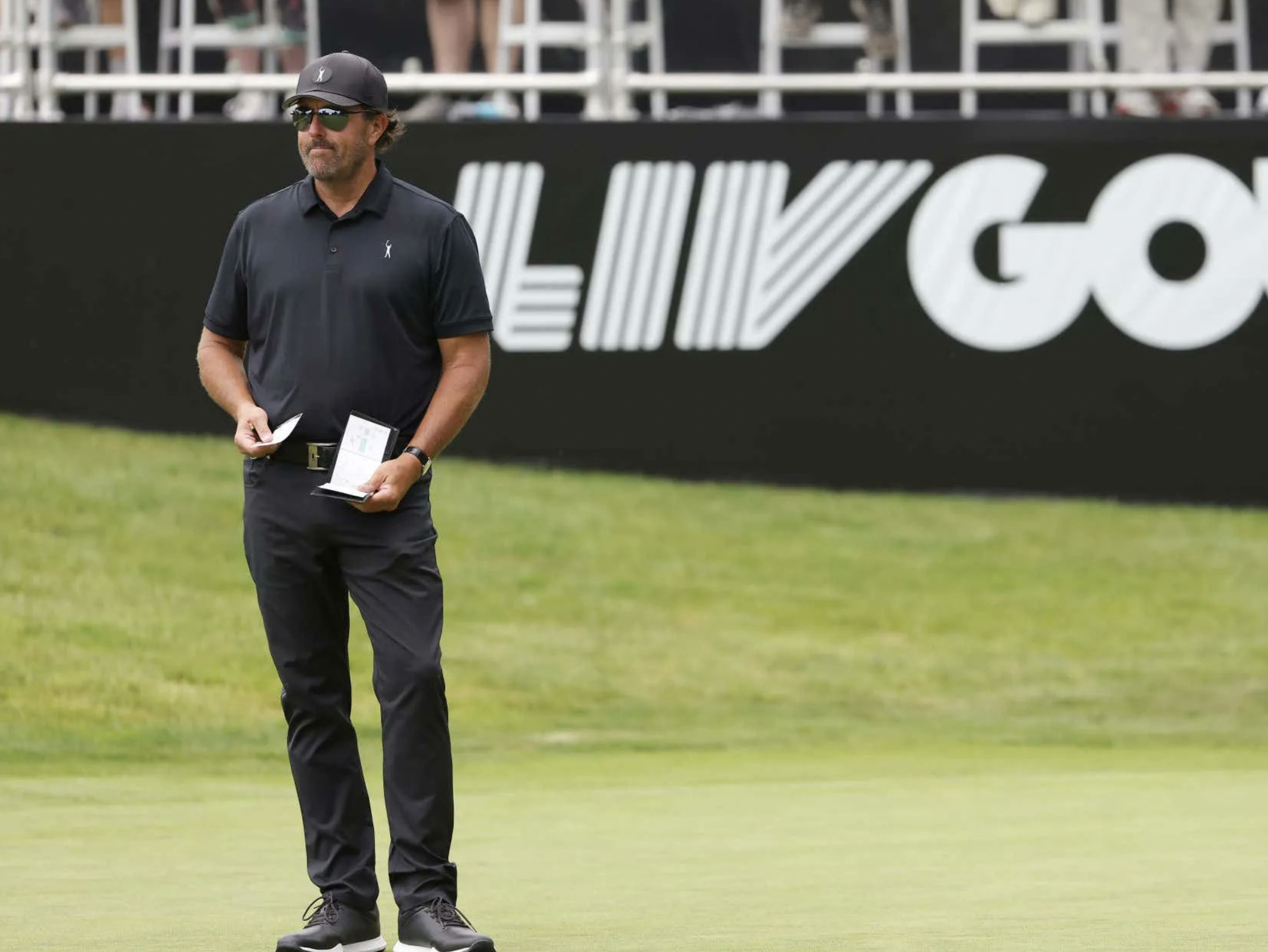 Phil Mickelson is active once again on Twitter and is spicing things up in typical Lefty fashion.

There are tomes now written about the 52-year-old since last May, when he pulled out of the defence of his PGA Championship crown,  joined LIV, justified the choice, and spoke of never taking part in an interview with Alan Shipnuck. Each story providing its own element of Lefty as we know him.

Over the weekend, Mickelson posted a tweet that most interpreted as a dig at the PGA Tour’s non-shorts policy, saying:

?
The Tour doesn’t allow shorts but does allow this weeks leader to wear joggers with ankle socks? Showing 4 inches of ankle? I’m no fashion guy, never will be, but there are some things I won’t ever understand ????

Then the three-time Masters champ has ramped it up, going after the world number one, Rory McIlroy. In a back-handed compliment, Lefty requested that viewers “see if he can finish it off,” while capitalizing the word “Dubai” and making sure everyone knew the event was being held in the middle east.

What a great -7 3rd round by @McIlroyRory in DUBAI to open up a 3 shot lead. See if he can finish it off. Watch live final round action from the Middle East on the golf channel.

The replies were biting but, let’s face it, quite amusing!

To the comment that his career has been loaded with Sunday chokes, especially in majors, Mickelson replies, “I have won 6 though,” a jibe at McIlroy with four majors and none since 2014?

Of course, with less than a month to the start of the 2023 LIV calendar, it is time to ramp up interest again, particularly with a brand new broadcasting agreement.

Mickelson even made a cheeky claim that LIV events are tougher than PGA Tour events, since he’s yet to win on LIV but has “won 45 of those PGA thingies.”

I agree. I’ve already won 45 of those PGA thingies. They were pretty easy. Captains choice tournaments (LIV EVENTS) are much tougher with such stronger fields. I haven’t even won one yet ????

Whatever Mickelson might or might not say and how much we are to believe him, he’s doing the job of generating noise if not interest.