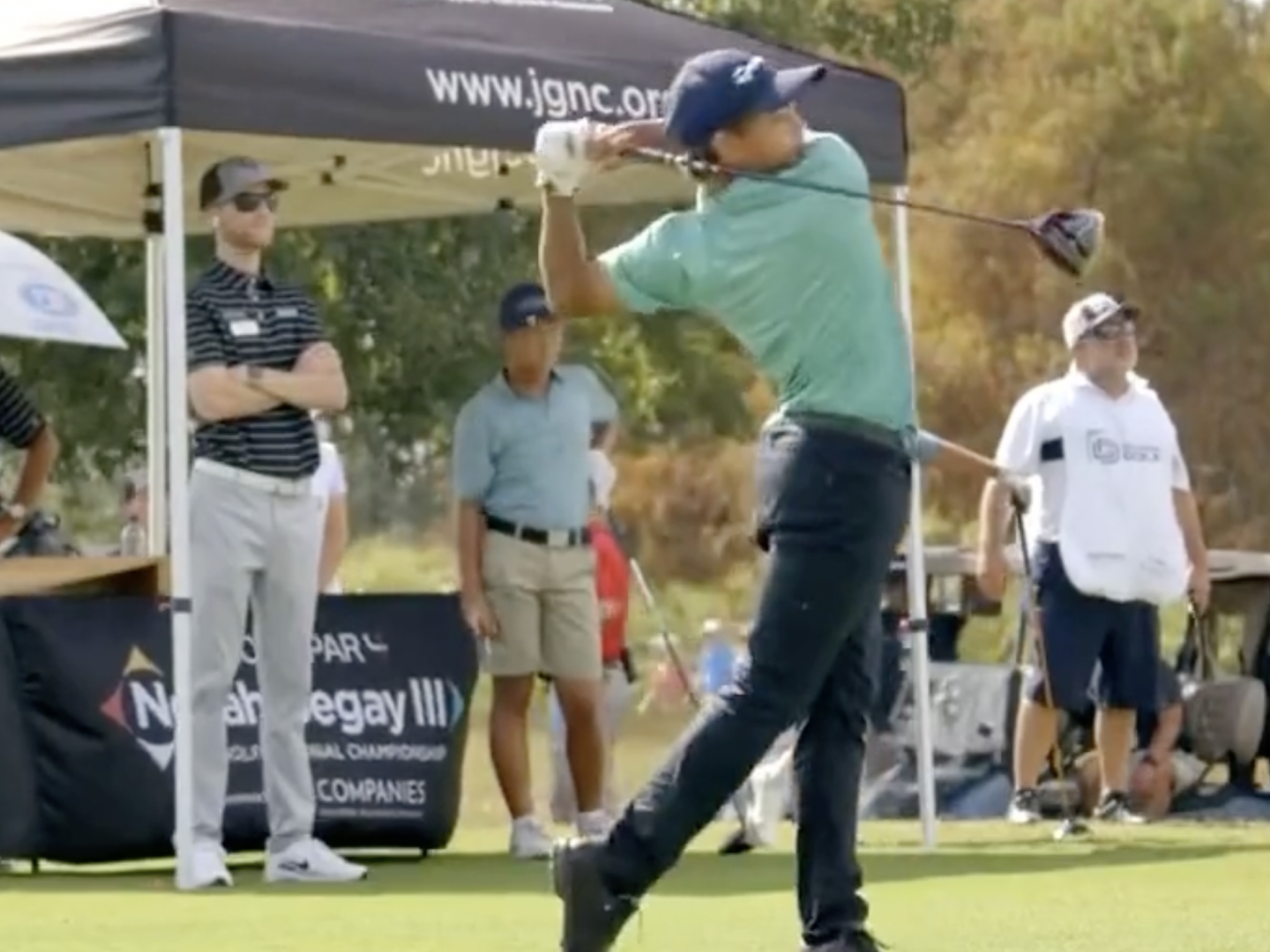 Despite having to withdraw from his own tournament, it was always going to be the case that Tiger Woods would make his presence felt at the Hero World Challenge.

Already this week the 15-time major champion has questioned the new OWGR system and called for the resignation of Greg Norman from the LIV organization.

Each day, during the telecast, Tiger joined the NBC booth to discuss much of the current status of the event — the improving young players such as Cameron Young and Tom Kim — as well as playing in the wind, and his current state of health.

Son Charlie, who will join his father at the PNC Championship on the 17th of December, was also in the booth, listening to Tiger eulogize about his playing partner’s driving prowess. According to analyst Paul Azinger, Charlie, who is just 13, has recorded a swing speed of 117 mph, an average that would have him sitting next to Jordan Spieth and Tommy Fleetwood in the current table for PGA Tour ‘club head speed’.

Tiger also commented on an important piece of advice he told Charlie: “Don’t copy my swing.”

“Have you ever seen Rory off balance on a shot? No. Not ever,” Woods said during Saturday’s third round. “You can swing as hard as you want on a shot, but you need to have balance.”

With Tiger still on the way to full recovery, maybe Charlie dominates the pairing in Orlando, although after the ‘miracle’ victory at the 2019 Masters, it would be hard to rule the old man out of yet another phenomenon.

As Tiger told both Azinger and co-analyst Dan Hicks, he has passed on advice he received from his own father, Earl. In life, as well as golf, “You get out what you put in.”

As the video below, posted by CBS, shows, Charlie is doing just fine.

Bubba Watson hits back at Justin Thomas over OWGR claim