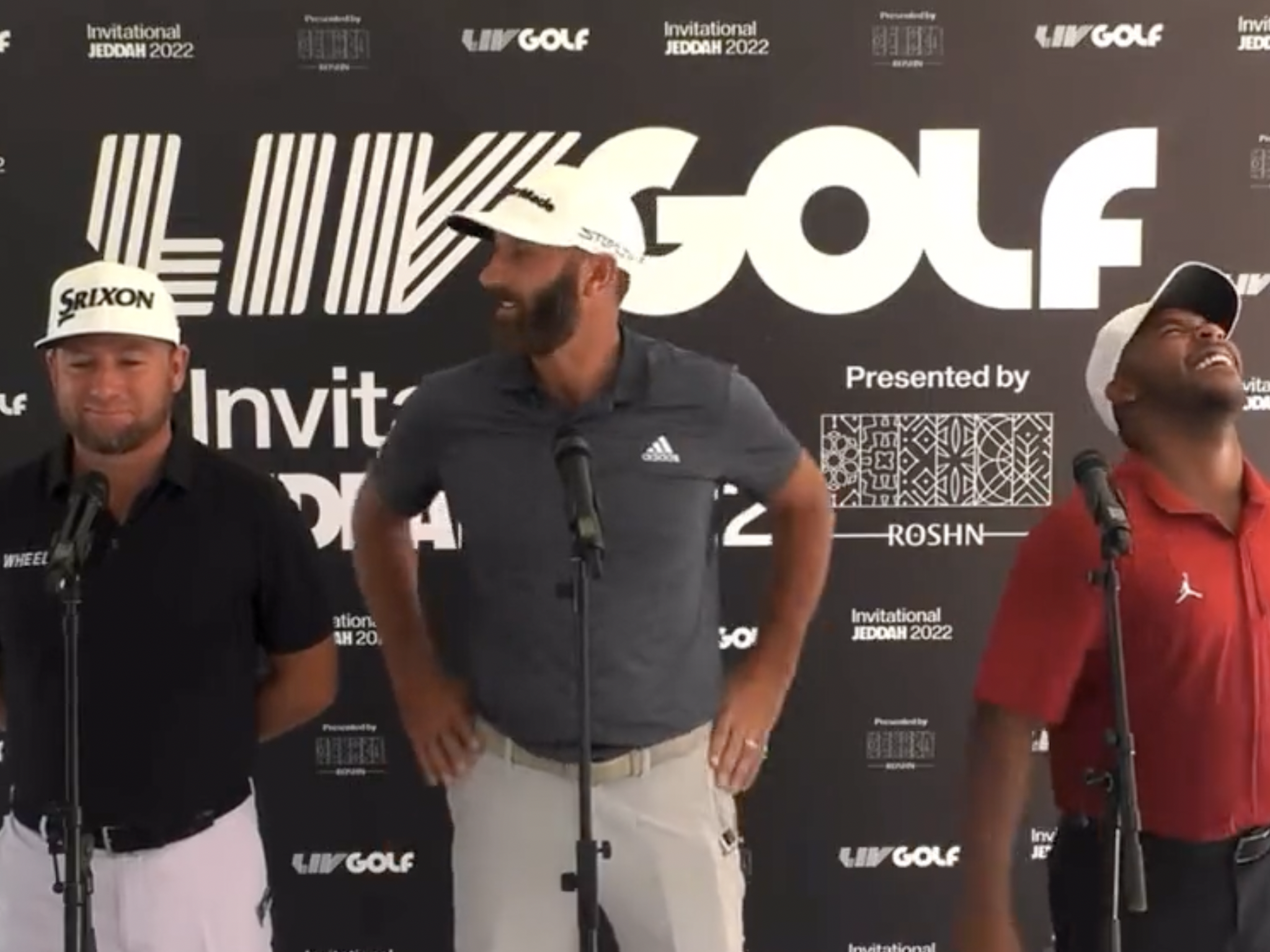 While speaking in his pre-tournament press conference at LIV Jeddah this week, Dustin Johnson joked about regretting his decision to join LIV Golf.

Dustin Johnson finally admits that he regrets his decision to join #LIVGolf pic.twitter.com/XdQ5d3Iy6Z

“We talked about this yesterday. I really regret my decision to come here. It’s just so terrible.”

It was clear Johnson was being sarcastic, which generated a lot of laughs in the room.

“I’m sitting there last night thinking about it, it was really bothering me a lot. Yeah, [I] just can’t get over it.”

Johnson has made over $30 million in just six starts on the LIV Tour.

“DJ” was also asked about the Official World Golf Rankings debate, and he seemed very certain that they would eventually be given points.

“We’re going to get world ranking points,” he said.

“Just right now it’s another way. And the longer it takes, you know, obviously the more low [we will go down in the rankings] it becomes for us. If we wait too long, all of our rankings are going to drop so much, it’s not going to matter.

“We are hoping they [the OWGR] do the right thing, and all of us hope to hear in the next week or so and this will all go away.”

Johnson is set to tee it up at Royal Greens Golf & Country Club this week for LIV Jeddah. The two-time major champion has been excellent throughout his career at course. He’s won twice and hasn’t finished worse than 8th in any of his past four starts.