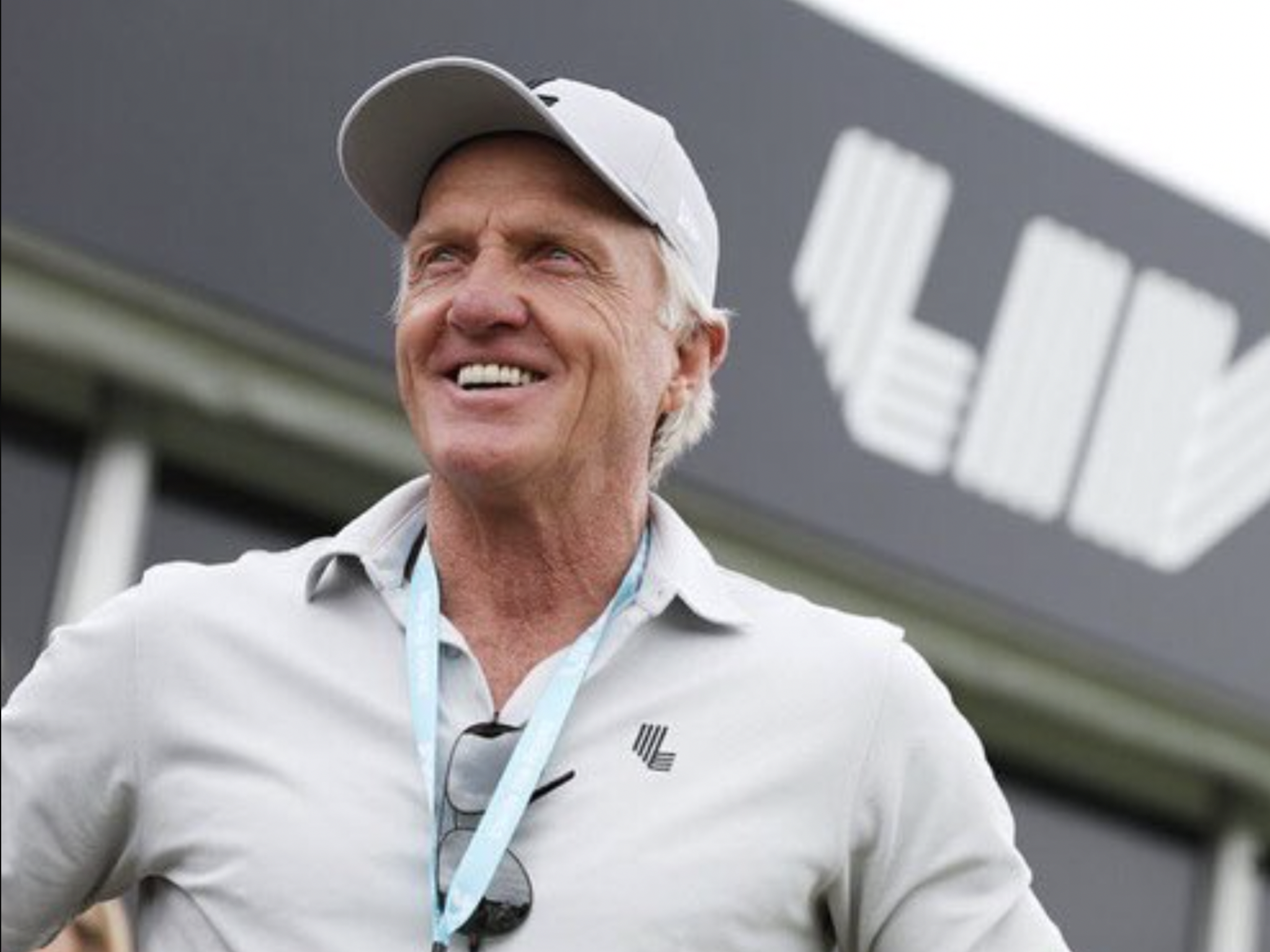 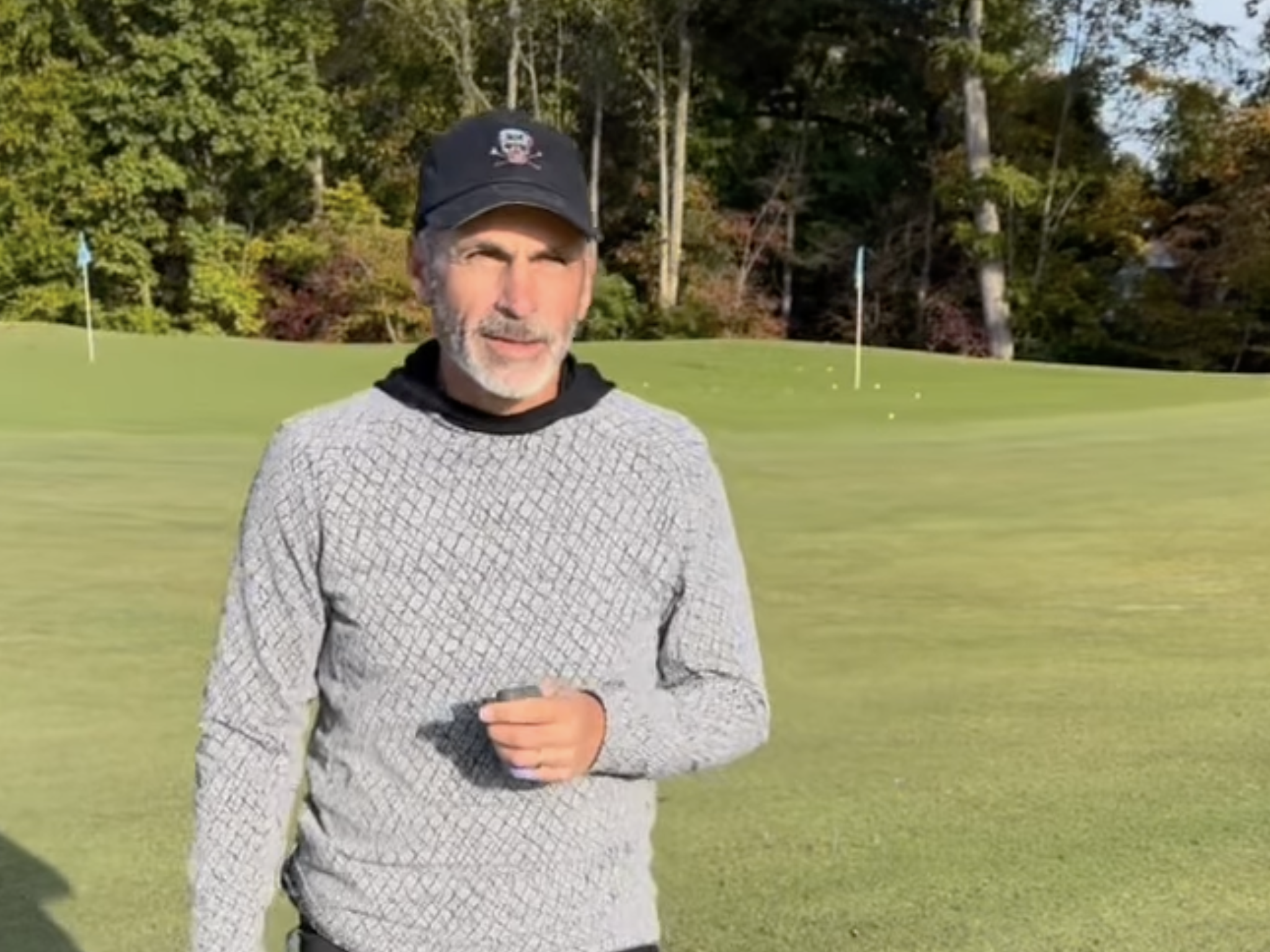 Rocco Mediate, who famously took Tiger Woods to 19 extra holes at the 2008 U.S. Open at Torrey Pines, has come out firing at LIV golfers.

On the Beyond The Clubhouse podcast, Mediate said those who’ve left the PGA TOUR need to show it some respect.

“What’s going on now, it kind of p***** you off the way guys talk about what gave them everything that they have,” he said.

“Think about Greg Norman, everything he has came because he played on the PGA Tour, and what, that wasn’t that good enough? What would you have been without it? There was no other platform, and there still isn’t now – 54 holes in shorts, whoop de doo.”

The 59-year-old took less issue with the fact that they chose to go and take the money than with how they’ve acted towards the PGA TOUR after making the decision.

“Of course it’d be great to make the money, I don’t blame them at all. They’ve been going to Saudi Arabia for a million years for appearance money, that’s not even an issue. But do it the right way, how about a thank you?”

NEW POD: With @RoccoMediate on what frustrates him about LIV golfers who left @pgatour, @usopengolf memories & more.

Rocco said that if they happened to want him to play for LIV, he’d probably accept, but would do it the “right way”.

“You know what, if they called me and said they wanted an old guy on the LIV Tour, I’d say ‘yeah that’d be cool, and I want to thank the PGA Tour for giving me everything that I have, but I’m done now’.”

“That’s how you do it, you don’t be a d***, because you’re already being paid way more than you ever earned. 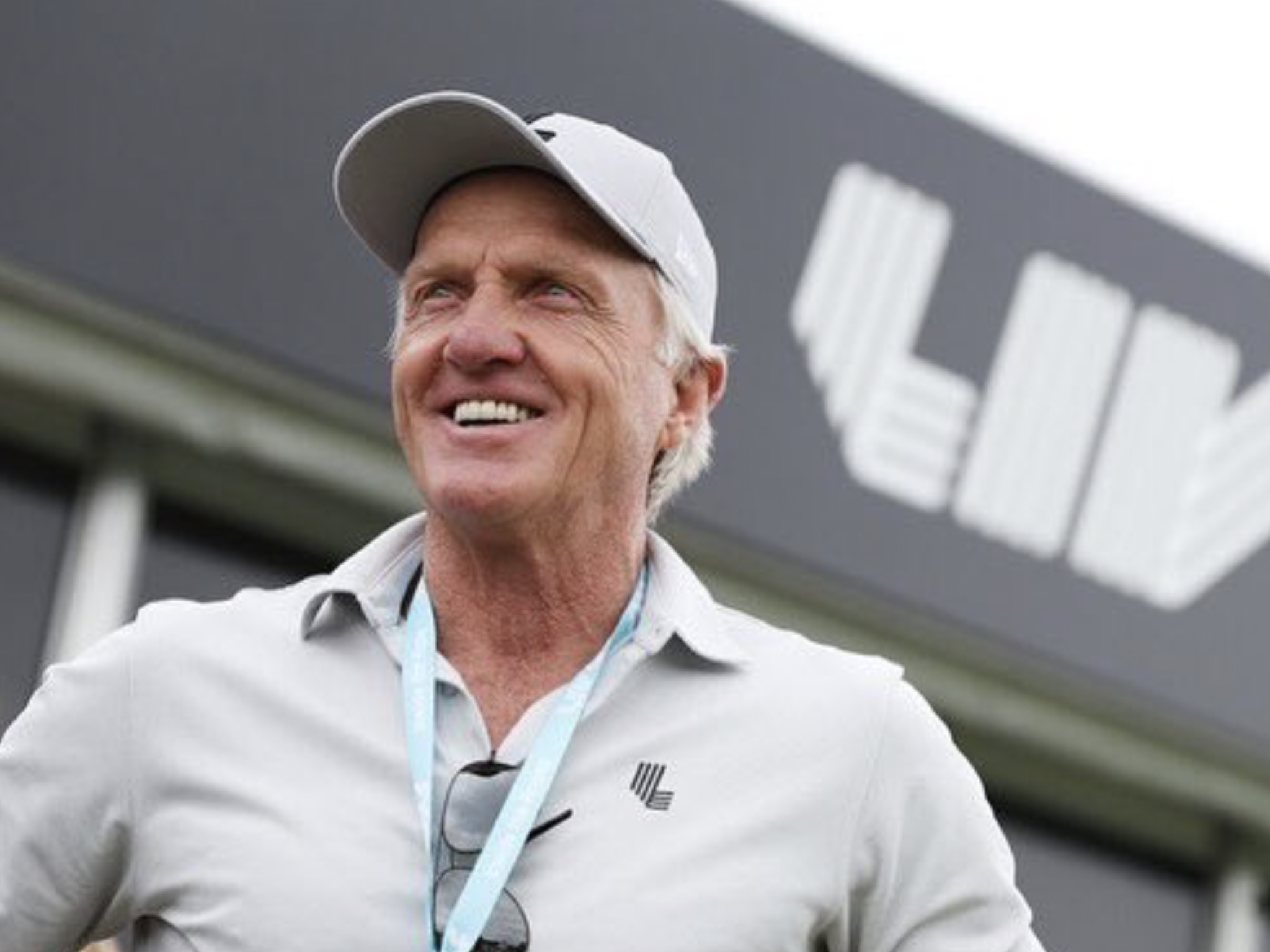 With the inaugural season of LIV Golf in the books, CEO Greg Norman has shifted his attention to 2023.

While speaking to the press, “The Shark” stated that one current priority is to secure more high-end talent for the upcoming LIV Golf season.

“Basically, we’re looking for maybe seven players, something like that.”

Earlier this week, it was speculated in a report from The Guardian that PGA Tour stars Xander Schauffele and Patrick Cantlay could be amongst those moving to LIV for next season.

While Norman didn’t give any names, he made it clear that he thinks players have plenty of incentive to “be liberated” and join LIV.

“Quite honestly, the players on the outside looking in to see what’s happening with LIV today, these guys still talk to each other, right? The ones on LIV feel like they have been liberated. There are players on the PGA Tour that we’re speaking to today that want to be liberated.”

The CEO also said that most of the field from last year will be back once again in 2023.

“The percentage of players that will come back probably – doing quick math – 85 to 90% of the players, I would say.”

Both Greg Norman and LIV president Atul Khosla have spoken in the past week of the importance of getting a U.S. television deal and securing sponsors for the league prior to season two getting underway. 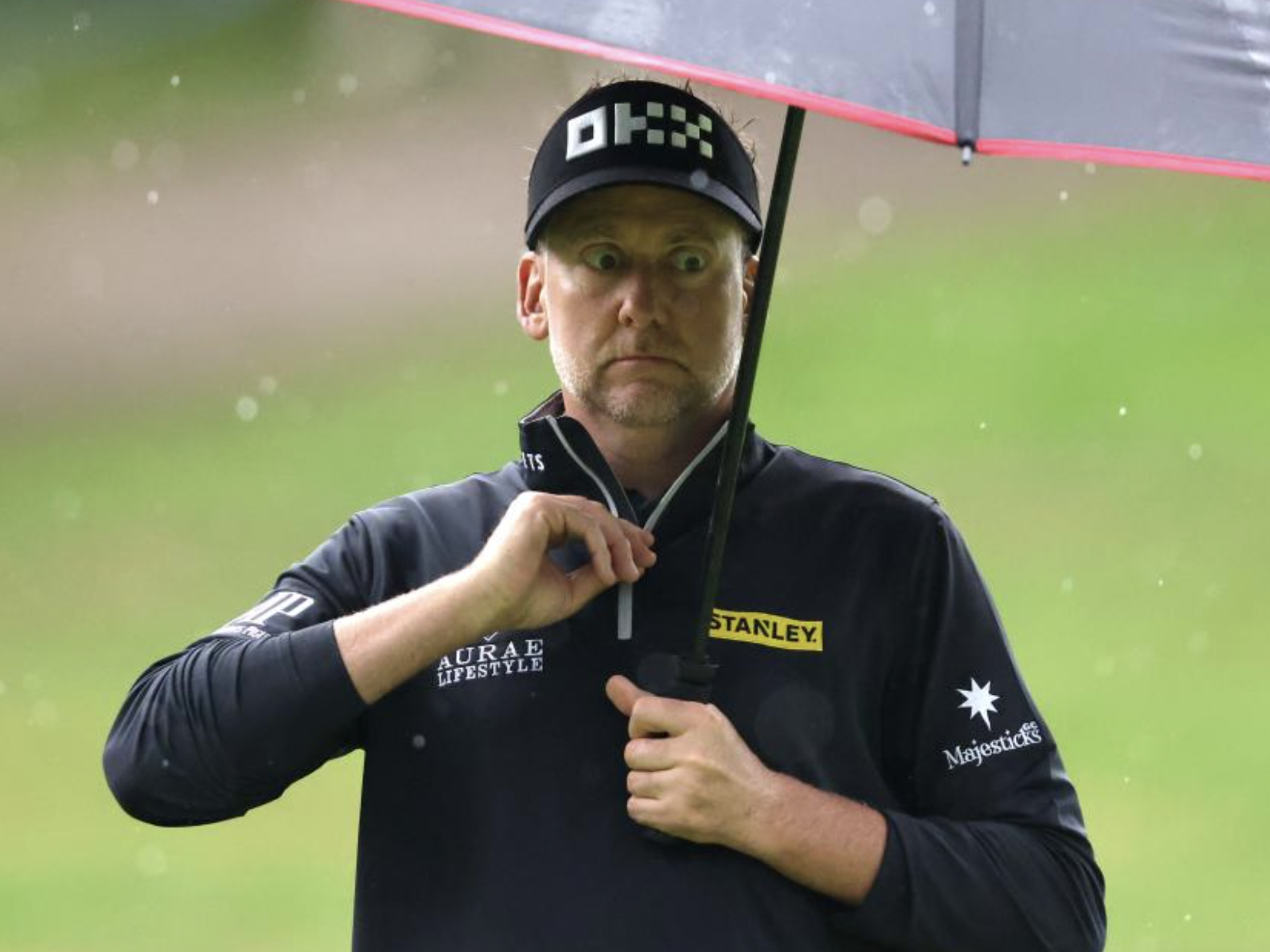 After several months of negotiation, the richest man in the world finally bought the social media site at the end of October, because “buying Twitter is an accelerant to creating X, the everything app.” Yeah, your guess is as good as mine.

Musk got to work with immediate effect. He and his team sacked some of the existing top-level management personnel, and his latest move is to modify the ‘blue tick’, the award given to users who, according to the old site at least, must be ‘authentic, noble and active”.

The ‘everything’ of Tesla and SpaceX now wants to charge an $8 monthly fee to go blue, a move that hasn’t gone down well, with The New Statesman claiming it would be a “disaster.”

Twitter’s current lords & peasants system for who has or doesn’t have a blue checkmark is bullshit.

Power to the people! Blue for $8/month.

One of those in total disagreement with the view of the respected political publication is Ian Poulter, a frequent poster on Twitter and a player that has used the social media site to argue his case for LIV Golf, as he did a few weeks ago when involved in an ugly spat with Eddie Pepperell.

The 46-year-old has recently been noticed fighting back against anonymous trolls on social media and welcomes any move by Musk to remove these from his feed.

Having 2.2 million followers can be good. However I am very excited that @elonmusk has taken control of twitter hopefully he will get rid of Bots & Sad lowlife bullies who write nothing but abusive comments when they have 0 followers & 0 posts. It’s getting boring blocking people

The 46-year-old recently finished 29th on the end-of-season LIV rankings, earning just over $3million in combined individual and team earnings.

Poults’ latest effort for the Majesticks GC team was as first-time captain, a move made so he could play in any singles matches instead of Lee Westwood – a tactical decision tailor-made for a man with a Ryder Cup singles record of six wins and one half from seven matches.

Away from the course, Poulter will be happy with the way Twitter is facing up to the “hateful conduct” on the site. And for that, we should all be grateful.

Since Saturday, we’ve been focused on addressing the surge in hateful conduct on Twitter. We’ve made measurable progress, removing more than 1500 accounts and reducing impressions on this content to nearly zero. Here’s the latest on our work, and what’s next. 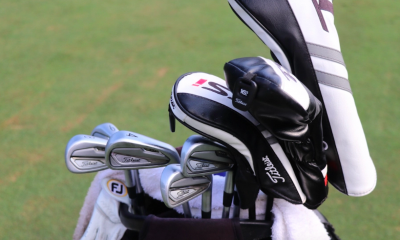 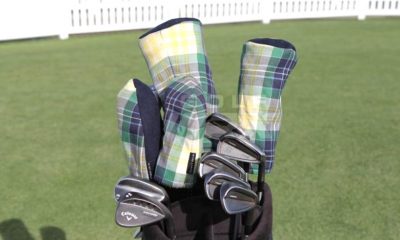 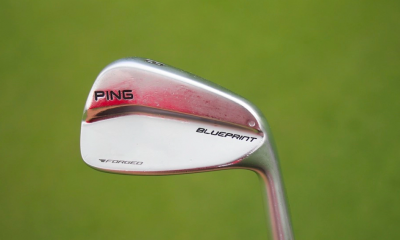 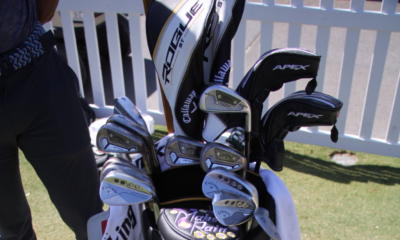