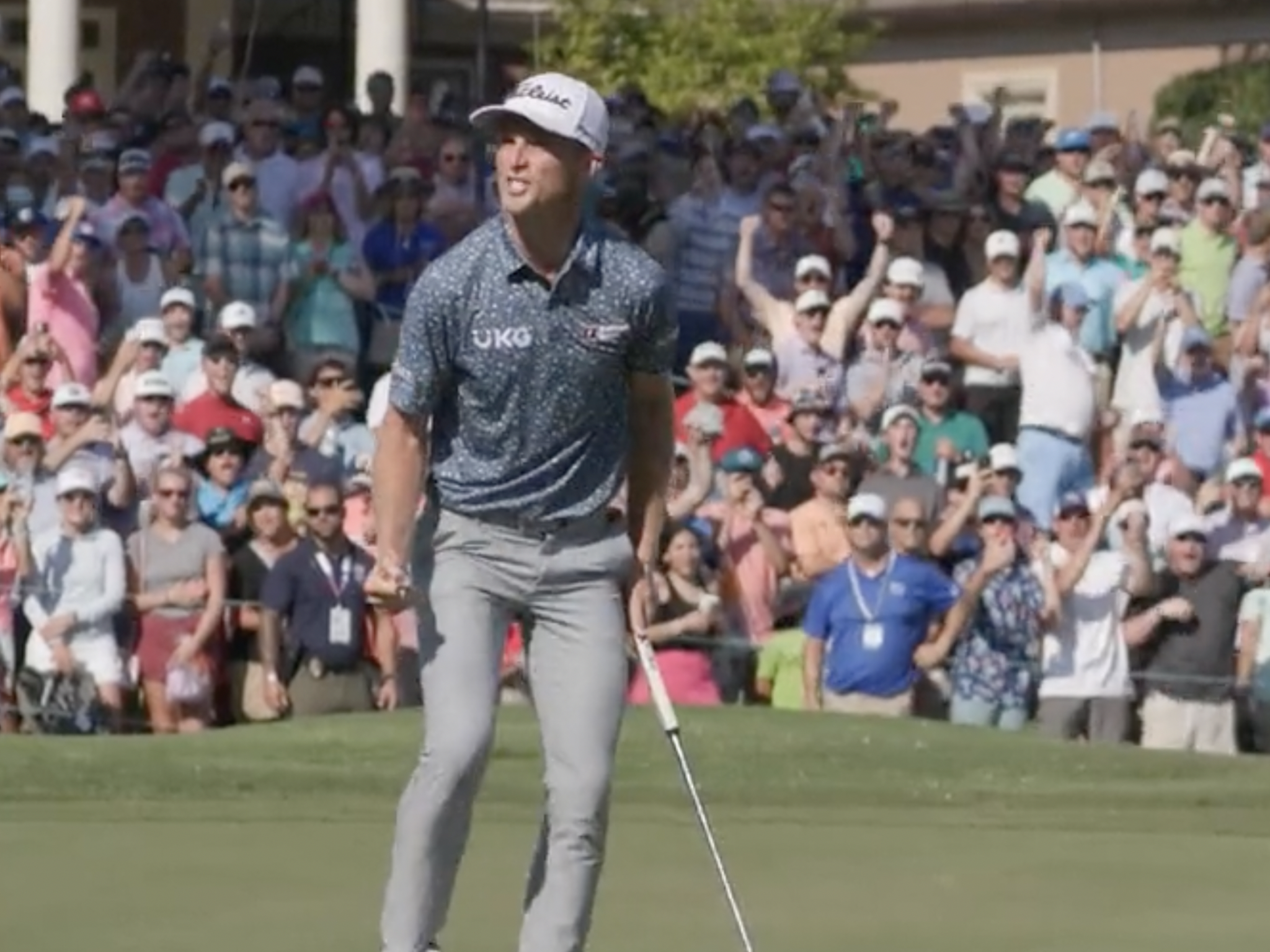 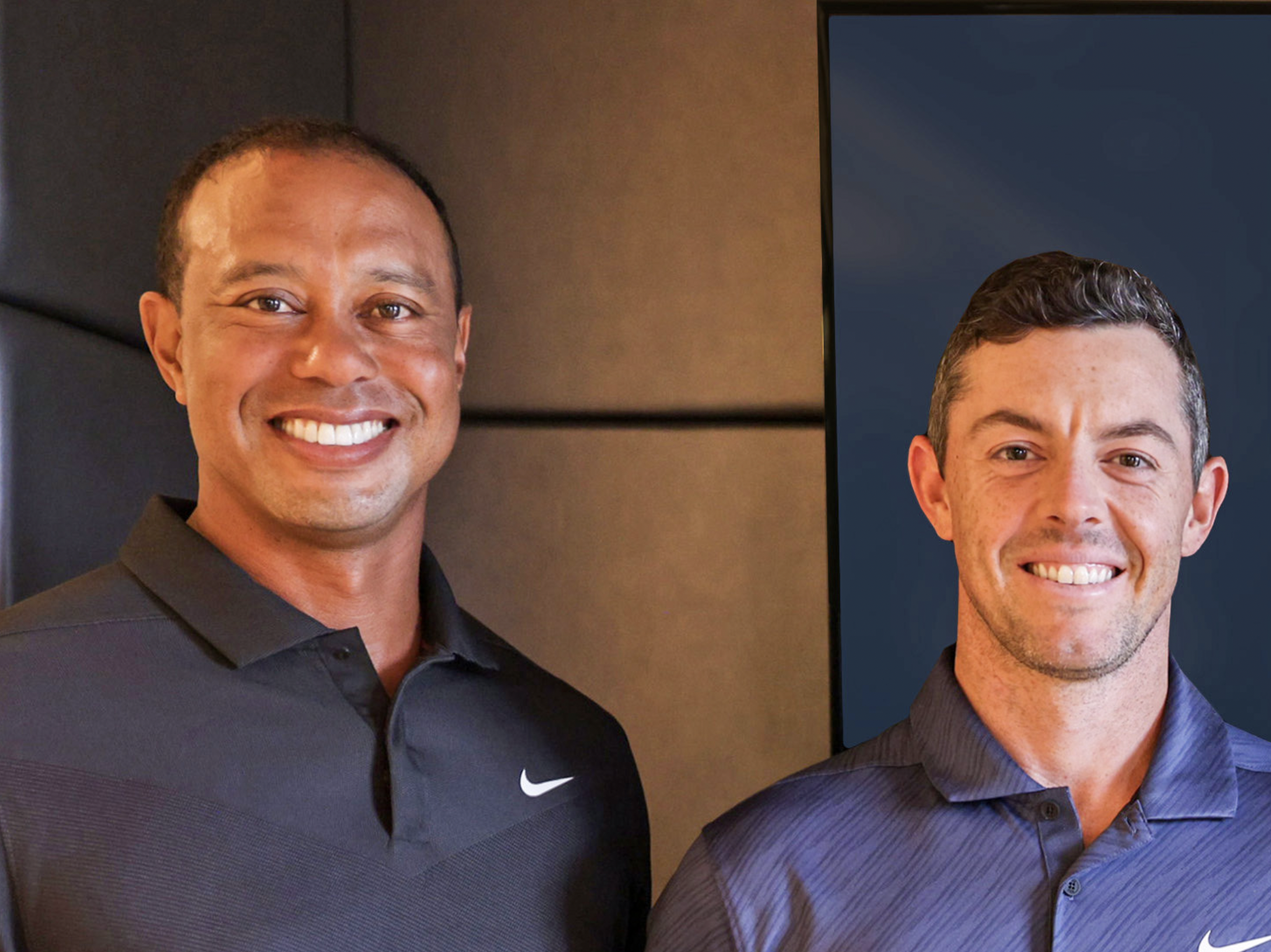 The PGA vs. LIV Golf continues to provide weekly drama, with the latest development a bit of a shocker.

Larry Klayman, who filed the lawsuit on behalf of Patrick Reed against Golf Channel’s Brandel Chamblee is now attempting to summon Tiger Woods and Rory McIlroy to court to testify regarding their players-only meeting in Delaware last week.

Klayman is claiming that the meeting was “anticompetitive and violative of the antitrust laws vis a vis the LIV Golf Tour and its players.”

The attorney says that Woods has been given a notice to appear in court on September 21st and McIlroy for September 22nd. PGA TOUR Commissioner Jay Monahan has also been summoned for September 27th.

The attorney issued a release alleging that the meeting may provide further evidence of collusion against LIV Golf.

“This is not a personal ‘thing’ against Woods, McIlroy and Monahan, it’s about getting information about what occurred at the players’ meeting and generally with regard to allegations in our complaint that the PGA Tour, the DP World Tour and their commissioners Jay Monahan and Keith Pelley, are allegedly colluding in restraint of trade and the antitrust laws to harm the LIV Golf Tour and its players.”

Klayman’s statement also mentions the scheduling changes for 2023 and beyond and claims they are an attempt to “emulate LIV Golf, while continuing to allegedly harm LIV and its players by, among other alleged anticompetitive acts, working to deny them world ranking points to compete in major tournaments such as the Masters, U.S. Open, British Open and PGA Championship.”

With more golfers expected to make the jump to LIV on Monday following the TOUR Championship, the ongoing PGA vs. LIV saga is far from reaching its conclusion. 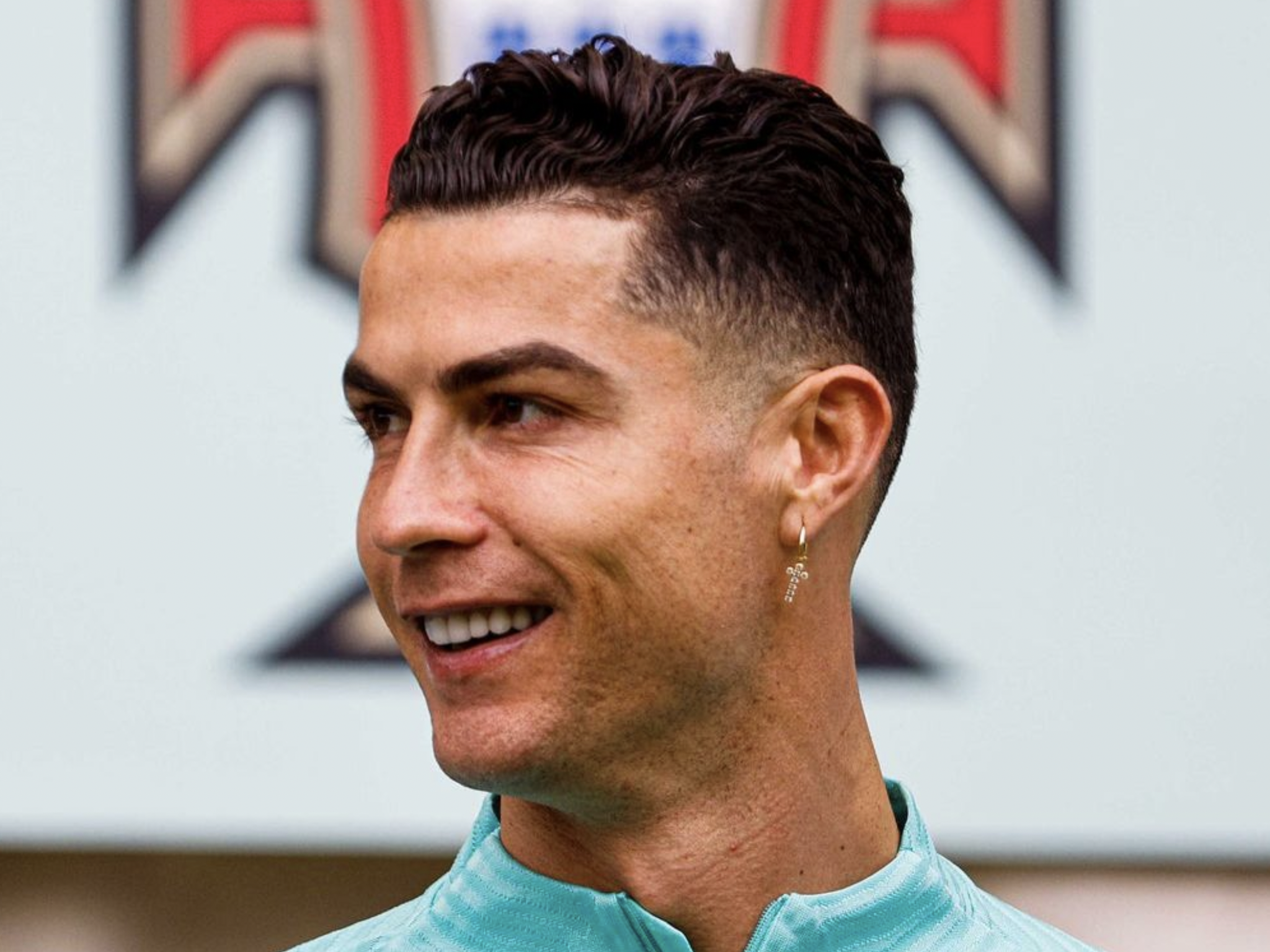 Soccer superstar Cristiano Ronaldo is in the process of building a £17 million home in Portugal. The property is in Quinta da Marinha and right next to Oitavos Golf Club.

There’s just one problem with Ronaldo’s new property. The golf course’s clubhouse is obstructing his view, and the soccer legend wants to have it demolished.

Per the Sun, someone familiar with Ronaldo’s thoughts on the matter stated:

“The clubhouse was a problem for him, so he wants the problem removed. Cost is not an issue – he is a perfectionist who can afford perfection.”

The 37-year-old and his lawyers are in talks with the golf course about relocating both the club house and the parking lot. Ronaldo is reportedly willing to pay for them both to be moved and will then put in a driveway where the clubhouse used to be.

Ronaldo is currently in a three-year deal with Manchester United worth £26,800,000 per year. 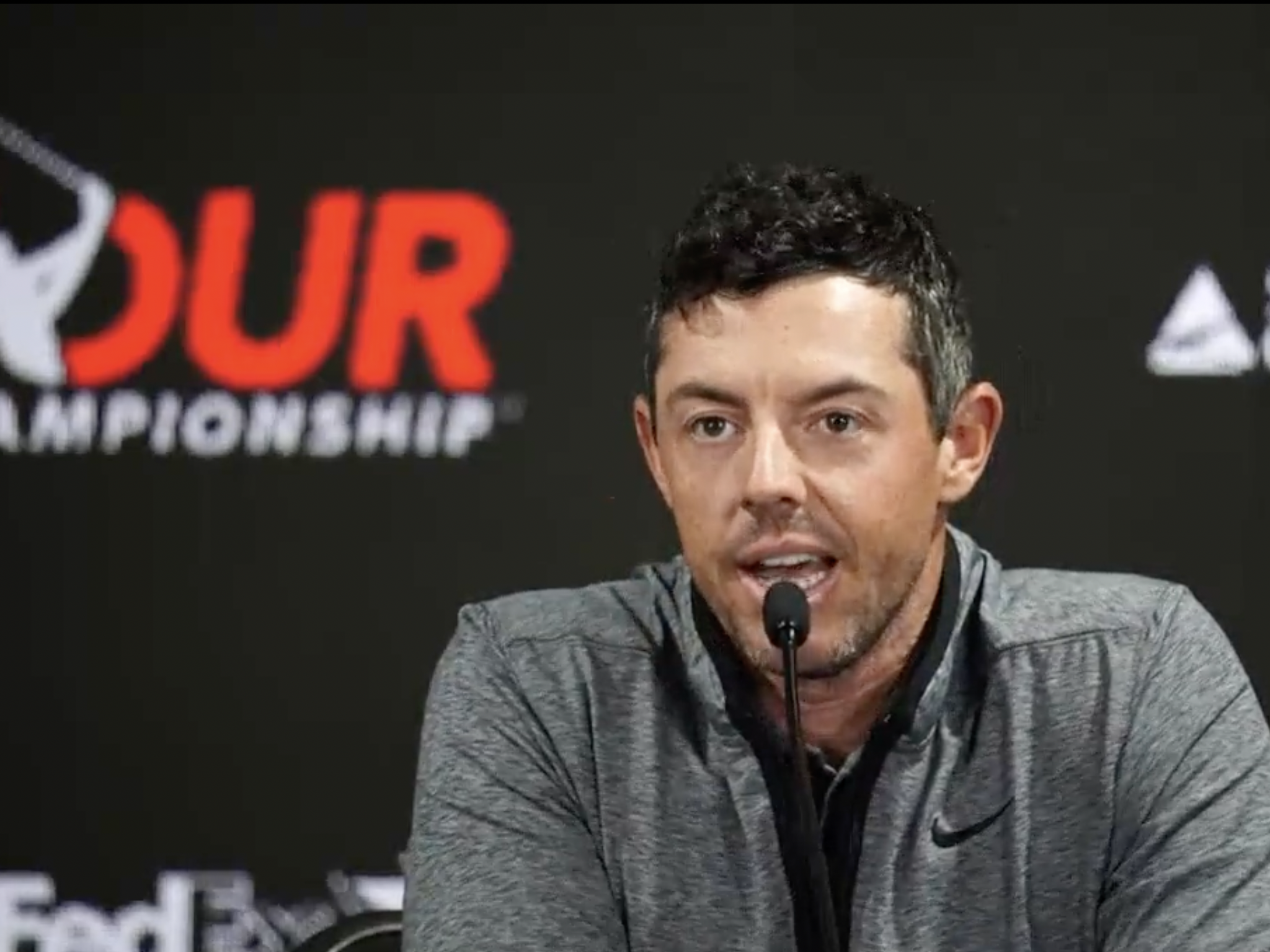 On Wednesday, Jay Monahan announced several enhancements to the PGA Tour and its schedule in a press conference ahead of the Tour Championship.

In addition, a new Earnings Assurance Program will guarantee all fully exempt tour players who compete in 15 tournaments $500,000.

Ahead of the season finale, a reporter at East Lake asked Rory McIlroy the following question: “Obviously several months ago Phil made some comments about the Tour that were pretty harsh. I’m just wondering in light of what we’ve learned today if any of his underlying points had some merit. Maybe not the egregious ones, but if you dug down deeper, is there any truth to some of that, and is that why we’re seeing this now?”

“Yeah, as much as I probably don’t want to give Phil any sort of credit at all, yeah, there were certain points that he was trying to make. But there’s a way to go about them. There’s a way to collaborate. There’s a way — you get all the top players in the world together and you get them on the same page. You then go to the Tour and you suggest ideas and you work together. This was pure collaboration.

“Were some of these ideas, did they have merit? Of course they did. But he just didn’t approach it the right way.”

On the other side of the battlefield is Greg Norman, CEO of LIV Golf, who couldn’t resist a dig at the PGA Tour following the news, taking to Instagram to make his feelings known, saying “A day late and a dollar short.”

While LIV Golf had a 17-word response to the new changes, via Alan Shipnuck, which read: “LIV Golf is clearly the best thing that’s ever happened to help the careers of professional golfers.” 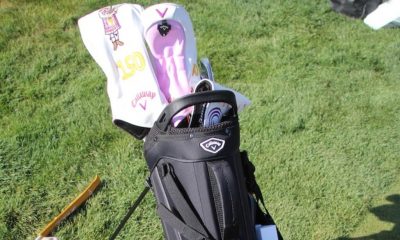 Min Woo Lee what’s in the bag accurate as of the The Albertsons Boise Open. More photos from the event... 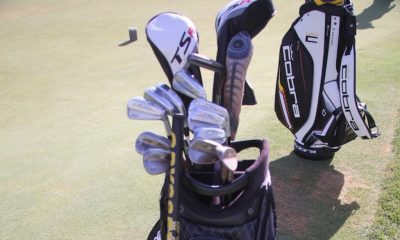 Nick Lindheim what’s in the bag accurate as of the Albertsons Boise Open. More photos from the event here. Driver:... 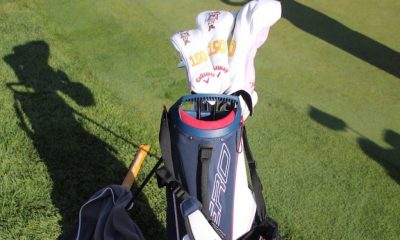 Thomas Detry what’s in the bag accurate as of the Albertsons Boise Open. More photos from the event here. Driver:... 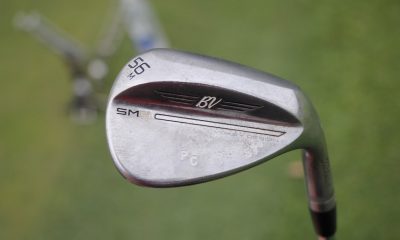