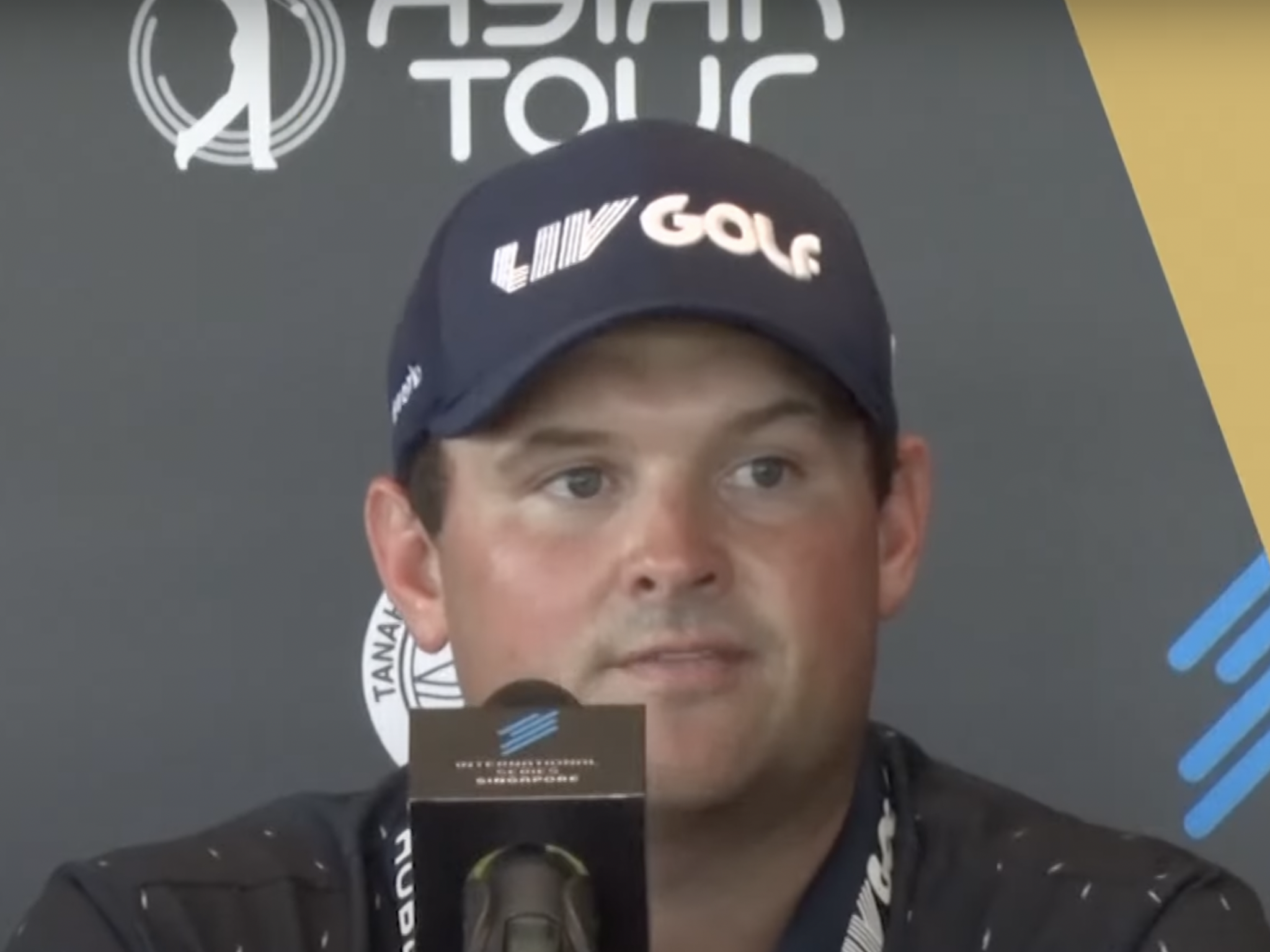 According to Patrick Reed, LIV players are “sick and tired” of hearing about money.

The former Masters champion was talking ahead of his back-to-back appearances on the Asian Tour, in Singapore and Korea, something that could be seen as contrary to one of the reasons given for joining the Saudi-backed series in the first place.

As reported on Thursday, Reed, like many others have, has been at pains to point out the advantages of “having less events” and “being able to spend time with your children,” so his entry into the two events was something of a surprise.

Of course, there is the small matter that LIV events do not carry world ranking points, whilst the Asian Tour still does, despite LIV Golf last year buying a controlling stake in the organization.

OWGR rank each golf event via a series of calculations of the players involved, and this week’s International Series Singapore ranked only fourth of all counting events this week, its field rating of around 43 giving the eventual winner just shy of 7.5 points. Compare that with the FedEx St. Jude at almost 391 and 67, the Korn Ferry Tour’s Pinnacle Bank awarding over 14.5 points to the winner, and the DP World Tour offering around 8.2 points for the winner, Ewen Ferguson, at the ISPS Handa World Invitational.

Reed doesn’t see that as a negative, and he is ready to have LIV players go head-to-head against PGA Tour players, saying, “I’m pretty sure we can hold our own.”

Whilst we wait for the organizers of the four majors to update their entry criteria, it might be awhile before we see the two sets of players on the course judged on last week’s court case, and the tension between the two sides seems to increase by the week.

He continued, “At the end of the day, when you go out there, you’re playing more than just for yourself, that you’re part of a team, and we’re all motivated to win trophies. There’s a reason why these top players, all these great golfers, are coming over, because they believe in the product, they know it’s the right thing.”

At the conclusion of the event in Singapore, Reed finished tied-31st, some eight shots behind winner Nitthorn Thippong, his highlight being a hole-in-one at the par-three 14th hole. 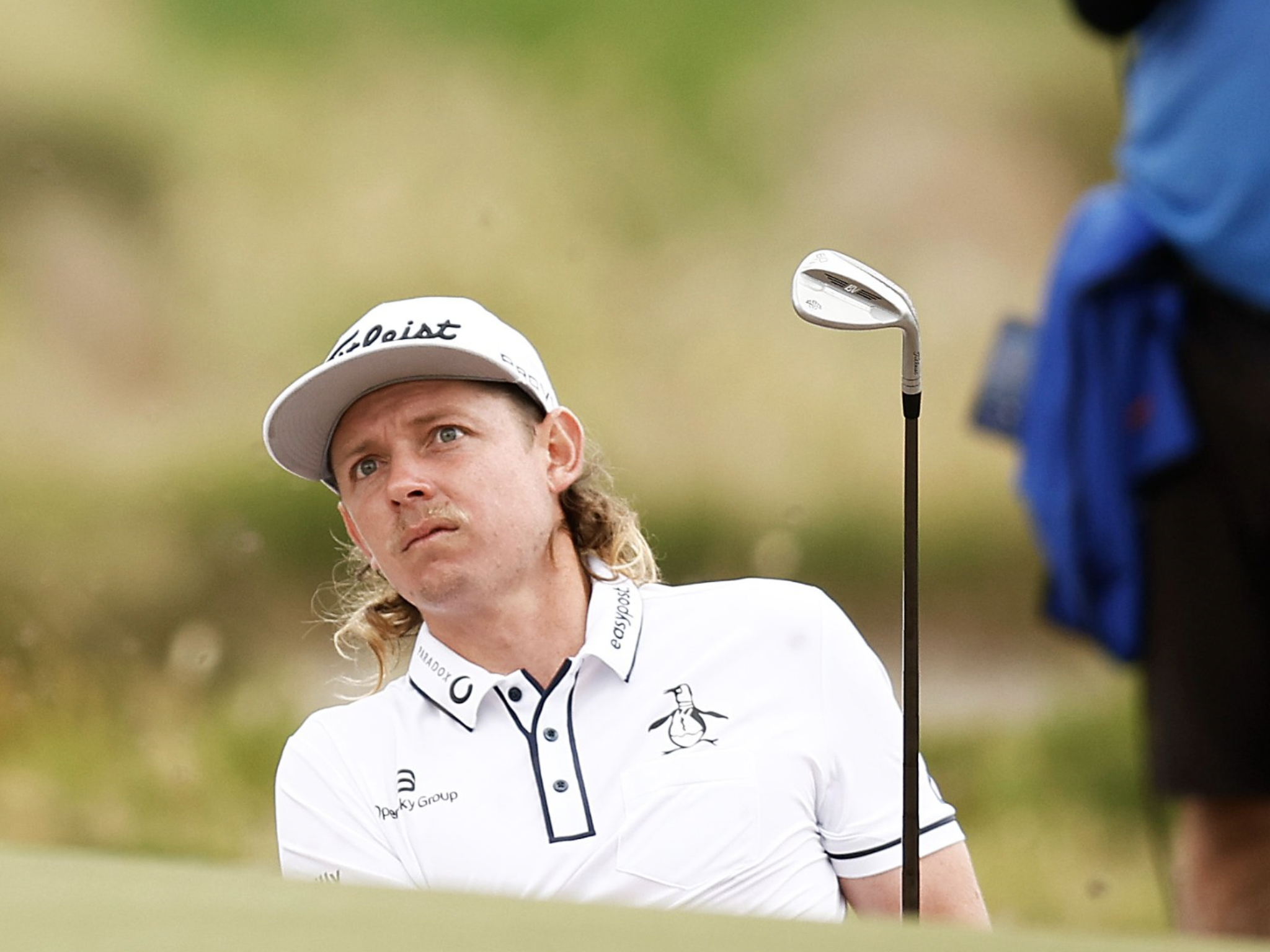 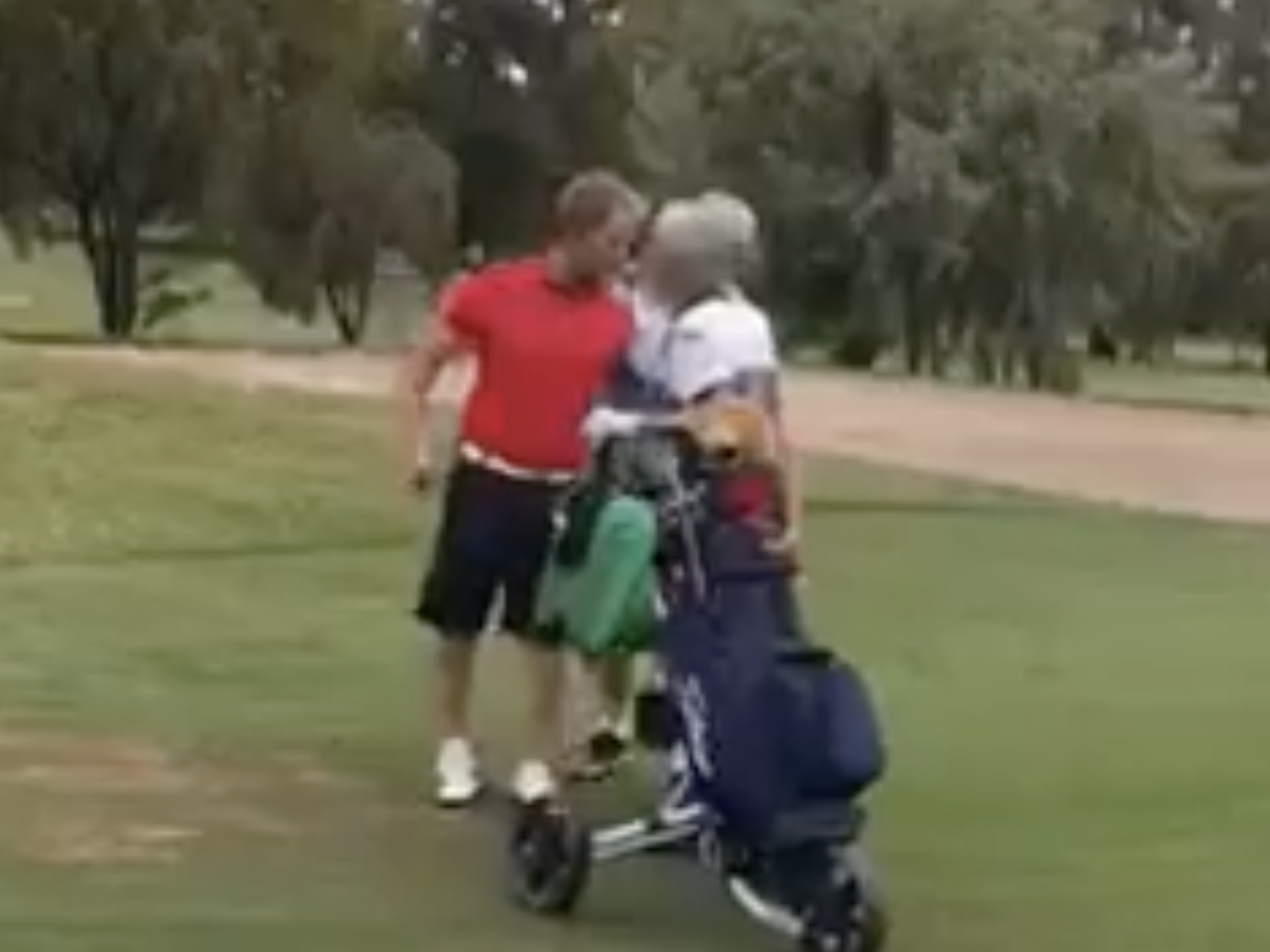 Early this week, a clip of a hilarious outburst on the golf course was circulating the internet.

At the club championships at Cranbourne Golf Club in Australia, a golfer exploded in anger at another player who followed him on to the fairway.

Meanwhile in #Victoria … with the news of @DanielAndrewsMP getting re-elected, tempers are boiling over at the Cranbourne Club Championships. Part 2 in thread. pic.twitter.com/RU21scMmrK

During the two-part video, it looks like the man in red is angry at the older gentleman for hitting into his group.

At one point during the exchange, the man in white and grey says “Wanna smash me up, do ya?! I’m 61 years old!”.

Golf is game that can certainly bring out all of our emotions. The good, the bad, and the ugly. 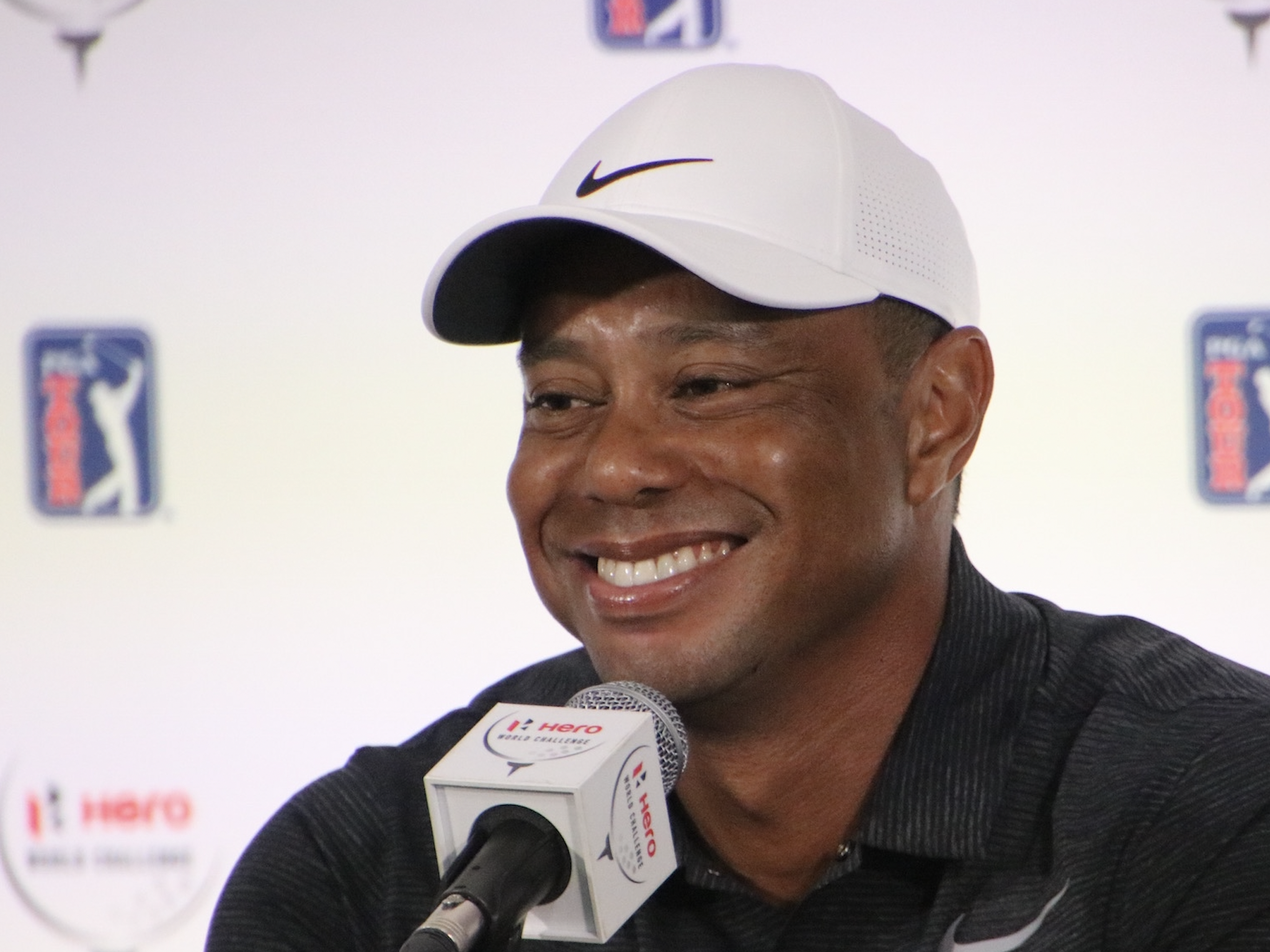 It was all going so well for fans of Tiger Woods.

Last seen waving ‘goodbye’ to St. Andrews at the 150th Open Championship in July, there were signs that all was coming good once again.

The 46-year-old was a confirmed starter at his own Hero World Challenge this week, before a made-for-tv Match VII would have seen him pair up with current world number one Rory McIlroy against Justin Thomas and Jordan Spieth.

The three-week run was then to end with the legend pairing up once again with son Charlie at the PNC Championship, another ‘fun’ event at which both excelled when running-up to the Daly’s last year.

I am excited to announce that I will be in the field for this year’s #HeroWorldChallenge. A big welcome to @K_Kisner and @TommyFleetwood1 for joining us as well. See you soon at Albany!

Just a week ago, it was suggested that, despite that almost life-threatening car crash, Tiger was on his way to walking the full length of the Albany course this week, with journalist Dan Rapaport quoting Tiger as saying: “Can’t take a cart. This isn’t fantasy golf.”

And then it all went askew.

Tiger announced on Monday that he would have to withdraw from his own tournament, citing plantar fasciitis in his right foot as the reason for his non-attendance.

Although likely to appear in the remaining two events on his 2022 schedule, it’s of massive interest to discover how Tiger was  playing before the breaking news of his latest injury?

In an interview with Golf Channel’s Todd Lewis, the five-time Masters champion revealed the answer to be ‘pretty well, thank you!’

“I was playing at home quite a bit, playing 18 holes shooting 65s and 64s, and walked one nine holes and shot 5-under, I was playing well,”

However, as many have feared, the pressure and toil of a four-day competition might be too much:

“But it’s the added load, the back-to-back days, in a tournament situation of four days in a row. My planner just didn’t like it. The only thing I can do for it is to rest it. Obviously scrape it, ice it, stretch it, it just takes time.”

Golfers often talk of ‘the process’ – the repeated routines, constant practise, increasing the workload to gain full fitness, rhythm or technique – and, even though Tiger might be unlikely to compete at the very highest level again, he is determined to complete the rehabilitation as best as his body will allow.

“Oh yeah. The scores I was shooting were good,” he told Lewis. “I was doing beach walks. I was leg pressing a lot. I was doing a lot of different things that I hadn’t been able to do all year.”

Tiger isn’t naïve, though, and recognises some limitations, particularly the missed-cut at St. Andrews, something that hit him deep.

“I had a couple of setbacks, procedurally. That took time, and getting ready for a major championship that didn’t quite work out the way I wanted it to. It’s part of the process.”

Fans of one of, if not the greatest golfer of all-time should not have to wait long to see him in action on the course, but these constant instances are a concern.

We can only hope at some point he completes the process.