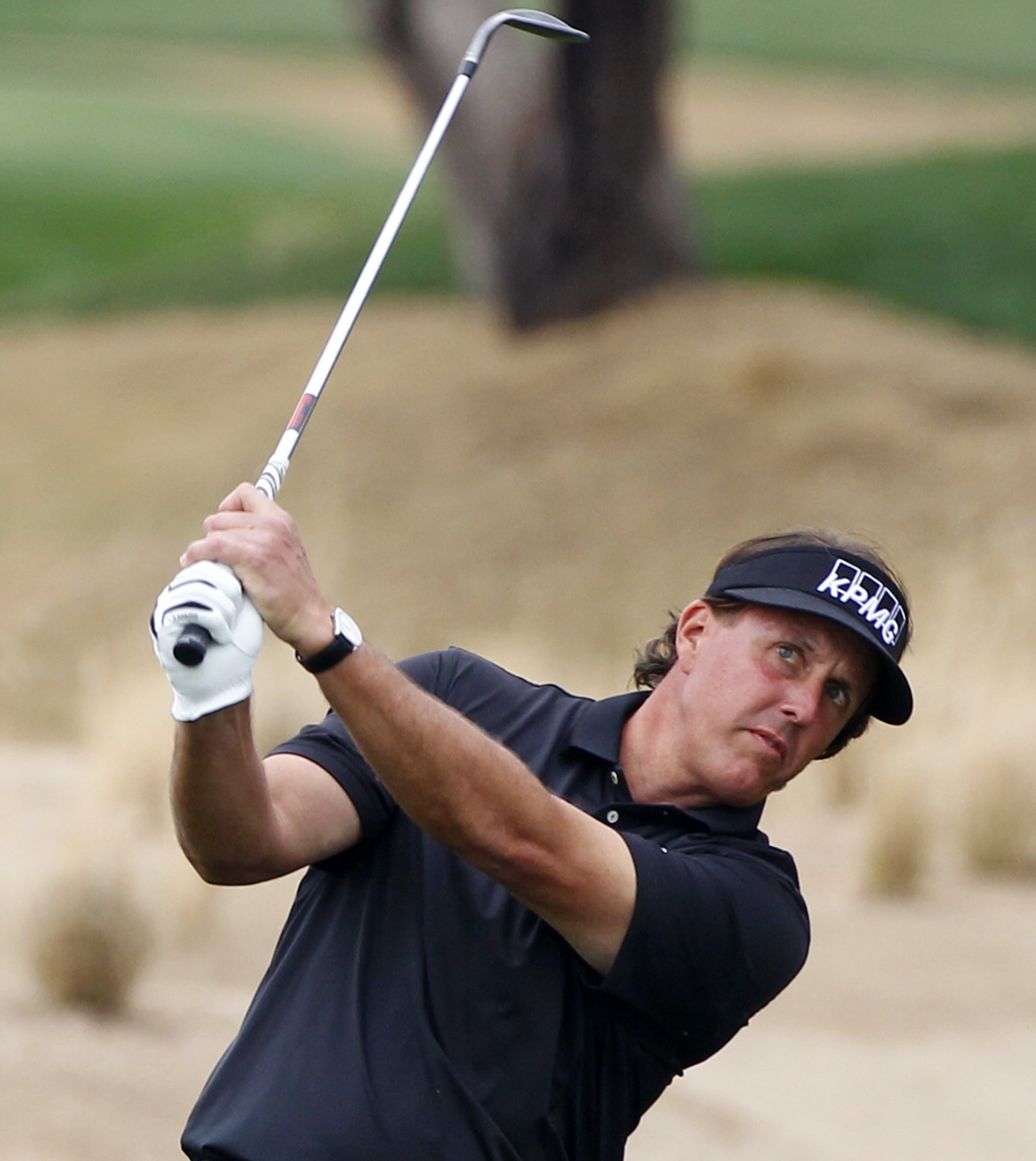 Phil Mickelson was vocal in post-round interviews last week about the importance of his change to Callaway’s new Razr Fit Extreme driver, which he said allowed him to be more confident off the tee in his record-setting performance at the Waste Management Phoenix Open. But a look at Mickelson’s stats for the week shows that his iron play was more important to his 28-under total at TPC Scottsdale than his tee shots.

Mickelson ranked T11 in driving distance, averaging 298.8 yards off the tee — about 10 yards more than his 2013 season average. He was also 55th in the field driving accuracy, hitting the fairway 57.14 percent of the time — about 5 percent better than his season average.

However, Mickelson led the field by hitting 87.5 percent of greens in regulation at TPC Scottsdale, a staggering 14 percent better than his season average. He also birdied nine of the 16 par-3 holes, which led to a 9-under score on those holes that was nine shots better than the field average.

Callaway went out of its way to inform golfers that Mickelson’s 9.5-degree Razr Fit Xtreme driver head (adjusted to an open position for an actual loft of 8.1 degrees) is the same one available to consumers at retail. But what consumers will not be able to buy any time soon are Mickelson’s “KBS Tour V2” iron shafts, which he used in his Callaway Razr X Muscleback 4 iron through pitching wedge and Callaway JAWS 52-, 60- and 64-degree wedges.

The prototype shafts are stiffer in the tip section of the shaft (the part closest to the club head) than the x-flex version of the KBS Tour shafts, which is achieved by making the diameter of the shaft larger in that area. The change gave Mickelson the more penetrating, lower-spinning trajectory that he wanted. The shafts are also five grams lighter, which according to KBS Marketing Director Eric Hubble, gave Mickelson back some of the feel that is lost with a stiff-tip iron shaft.

Just how picky is Lefty with his equipment? Last March at the WGC-Cadillac Championship, Mickelson put the original version of the KBS Tour V2 iron shafts in play in his 5 iron through pitching wedge. In May, KBS lead designer Kim Braly was still working with Mickelson during practice rounds at The Players Championship to tweak the construction of each individual short iron shaft. The tweaking lasted until last summer, which is when Braly and Mickelson finally ended their revision process.

Click here to see what else was in Mickelson’s bag at the Waste Management Phoenix Open.