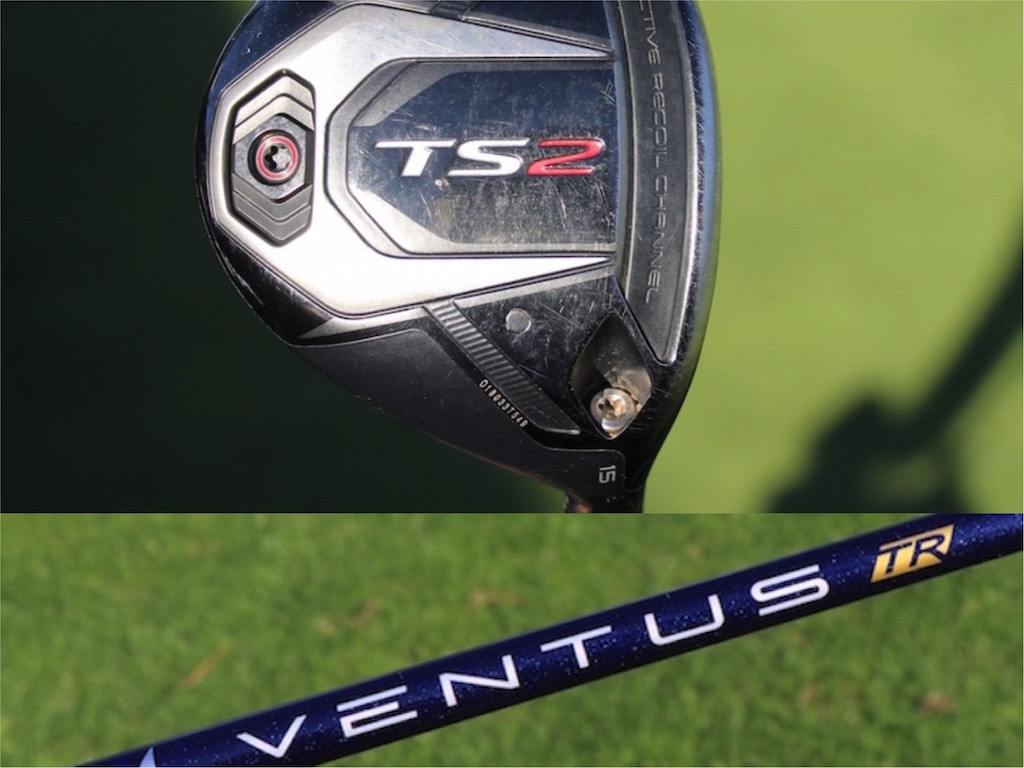 When Fujikura’s new Ventus TR Blue shaft launched in January 2022, we learned all about the updated construction and potential performance benefits compared to the original Ventus Blue. It was unclear at the time, however, exactly who would make the switch into the new TR design on the PGA Tour.

Well, we’re starting to get some answers.

Jordan Spieth, who’s been relatively slow to change into new products throughout his career, is among a handful of names making the change. Spieth conducted recent testing with a Ventus Blue TR 7 X shaft in his Titleist TS2 15-degree fairway wood, and he put it in play this week at the 2022 AT&T Pebble Beach Pro-Am.

Titleist Tour representative J.J. Van Wezenbeeck, who works closely with Spieth on his equipment, said that Spieth came to the Titleist Performance Institute (TPI) on Friday before the 2022 Pebble Beach Pro-Am for a check-up on his equipment. Since Spieth was previously playing Ventus Blue shafts in his Titleist metalwoods, he was intrigued by the new TR version.

As it turned out, Spieth found the new shaft to help with his transition and directional control. 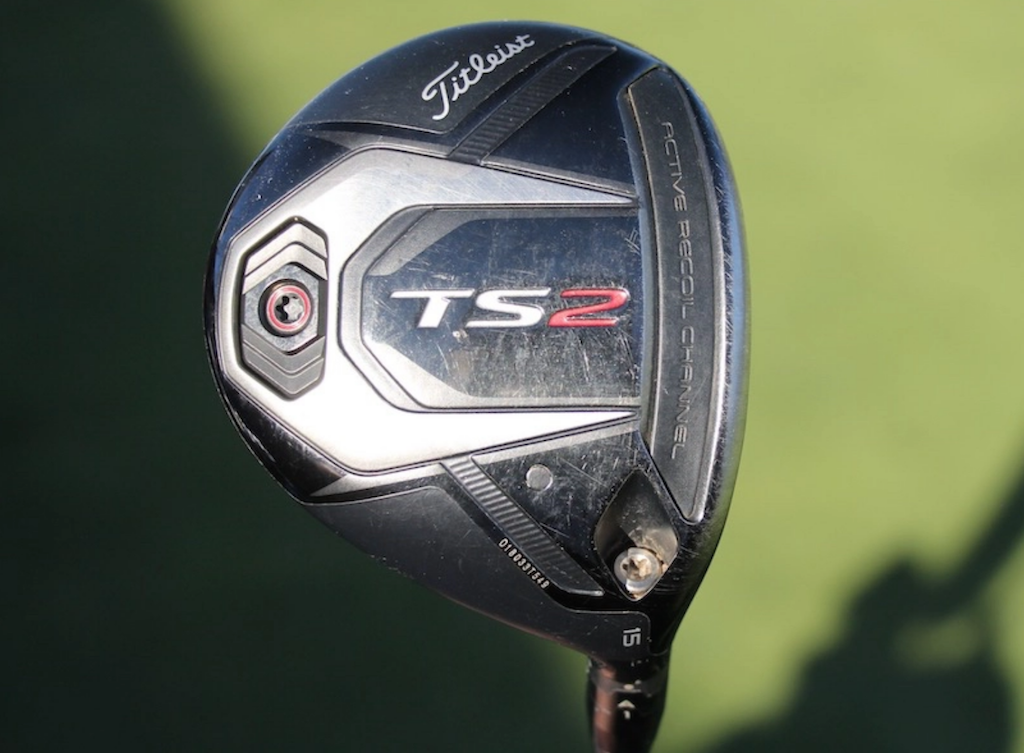 “Coming from Ventus Blue, anytime they update a shaft you’re just intrigued on that, and he liked how [the Ventus TR Blue] loaded compared to the original Ventus Blue for him,” Van Wezenbeeck told GolfWRX on Tuesday. “He felt like when he mishit it, there was a little more control. So that was a good option for him…we did a little bit of internal work on the head to make sure there’s enough spin, because want to make sure his 3 wood doesn’t have too low of spin. He liked how the TR reacted on mishits where the spin didn’t drop, and it had more consistent spin from swing to swing.”

Due to a new Spread Tow fabric in the butt-end section, which is essentially a checkerboard pattern of woven material, the torque on the TR version is 10 percent stiffer in the mid-to-grip end of the shaft. As a result, Fujikura says the TR shaft is designed to improve stability and consistency compared to the original Ventus Blue.

Based on Spieth’s results with the TR shaft during testing, it seems Fujikura’s case holds water. 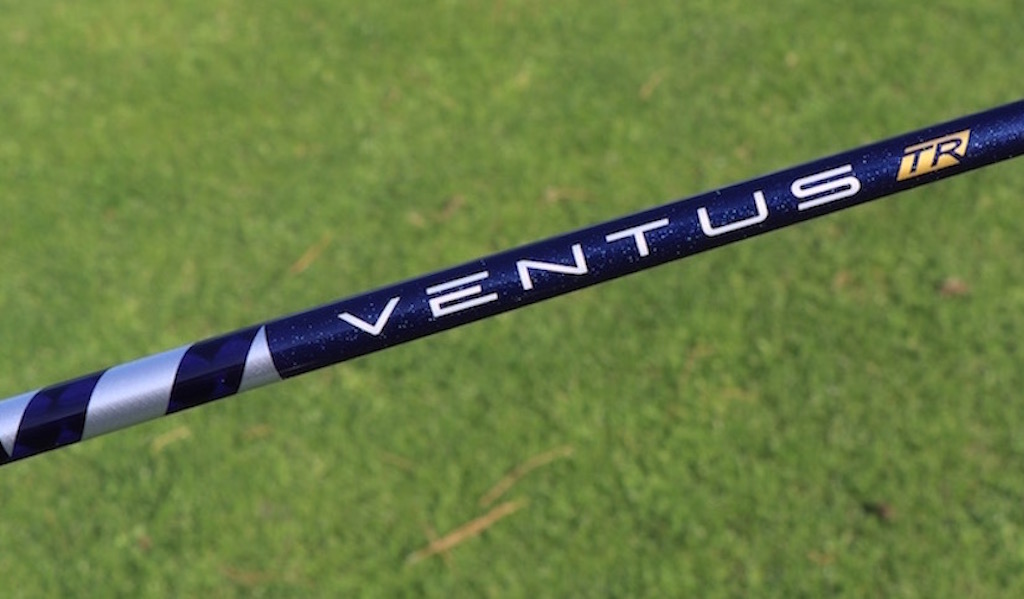 Spieth is using a Ventus Blue TR 7 X version in his fairway wood.

Pat McCoy, Director of Tour Operations at Fujikura, spoke with GolfWRX about the new shaft, and what players are seeing in their testing out on Tour.

“As far as ball speed and launch and spin, I’m not going to say it’s faster, but we have seen players who have achieved faster speeds with it. It provides more consistency and the ability to turn swing speed into ball speed better. And that’s it. It’s a little stiffer than the original Blue, and it’s a little bit weaker than the [Ventus Black]. It’s a ‘tweener. It gives you something in the middle, and depending upon loft and impact location, you get a better fit.”

The fairway wood shaft wasn’t the only potential change that Spieth will make in 2022, though.

In addition to putting the new Titleist Vokey SM9 wedges in the bag, Spieth is also considering adding another option to the top end of his bag.

Typically, Spieth changes between a hybrid and long irons, depending on course conditions. During the recent session at TPI, though, Spieth took a liking to Titleist’s U-505 wide-bodied driving iron. Ahead of the 2022 AT&T Pebble Beach Pro-Am, Spieth took a U-505 2-iron (Graphite Design AD-DI 105X shaft) out onto the course for testing.

“He’s experimenting with a U-505 this week (ahead of the event at Pebble Beach),” Van Wezenbeeck told GolfWRX. “He’s always gone between a hybrid and either a 2 iron, or a hybrid and 3 iron, and we brought out a 505 as kind of a third option on a week where he isn’t sure whether he should play an iron or a hybrid. The 505 being a wide body iron is kind of a blend between the two. And he was really intrigued with how high it launched on a standard shot, and he could flight it more off the tee, where as with a hybrid he can’t do.

While it’s unclear exactly when Spieth will break out the new U-505, it seems like it’ll certainly be in the rotation going forward. The Ventus TR Blue shaft, on the other hand, has already earned a starting spot in the bag this week.

These changes may seem minor to some, but it shows Spieth’s willingness to find small equipment tweaks to improve his game. For amateur golfers, use this as a lesson when gearing up for the new season. Go through your bag, test some of the new shaft and head options, and see where you can make improvements. Now is the perfect time to take inventory and get prepared. 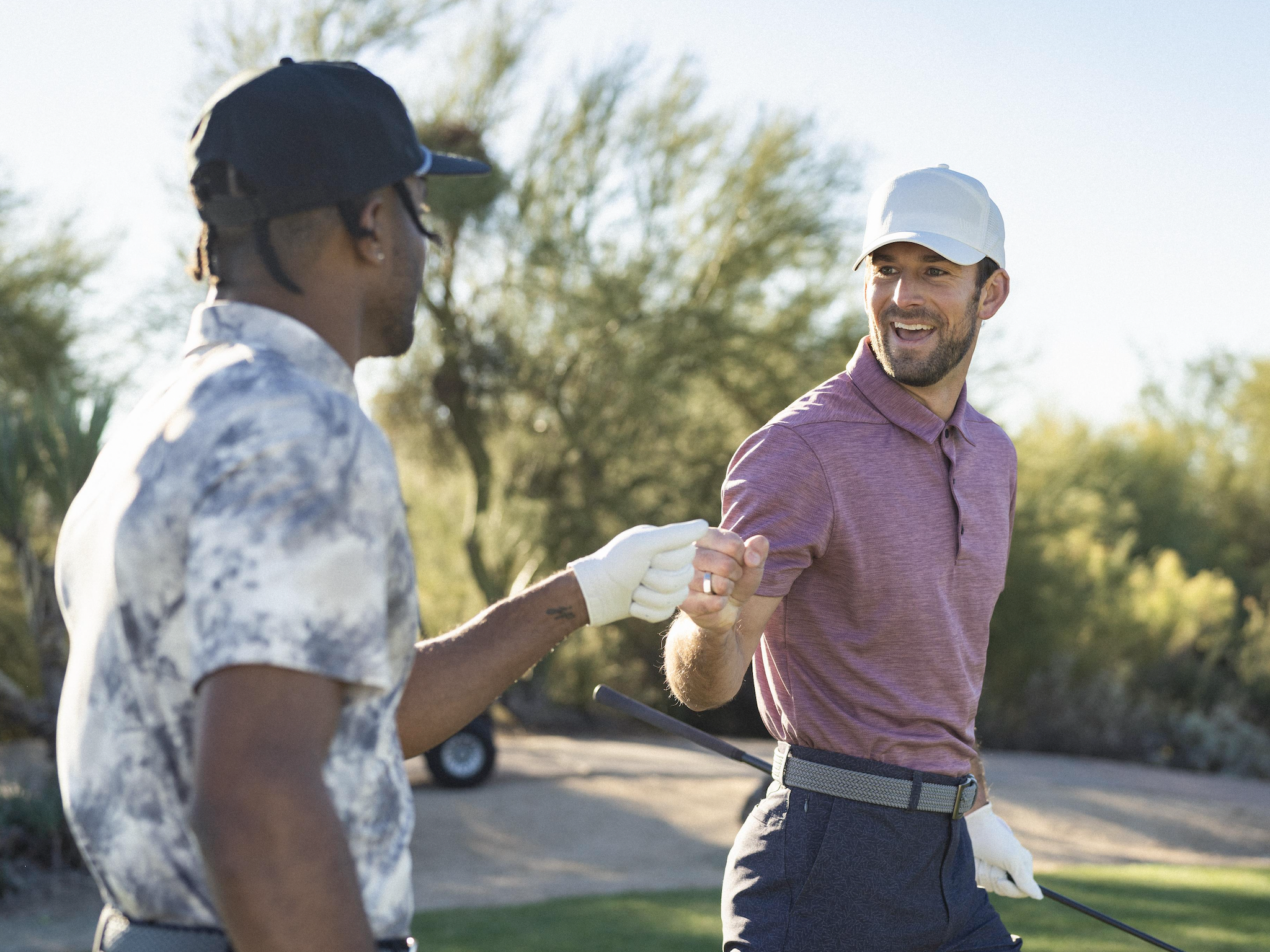 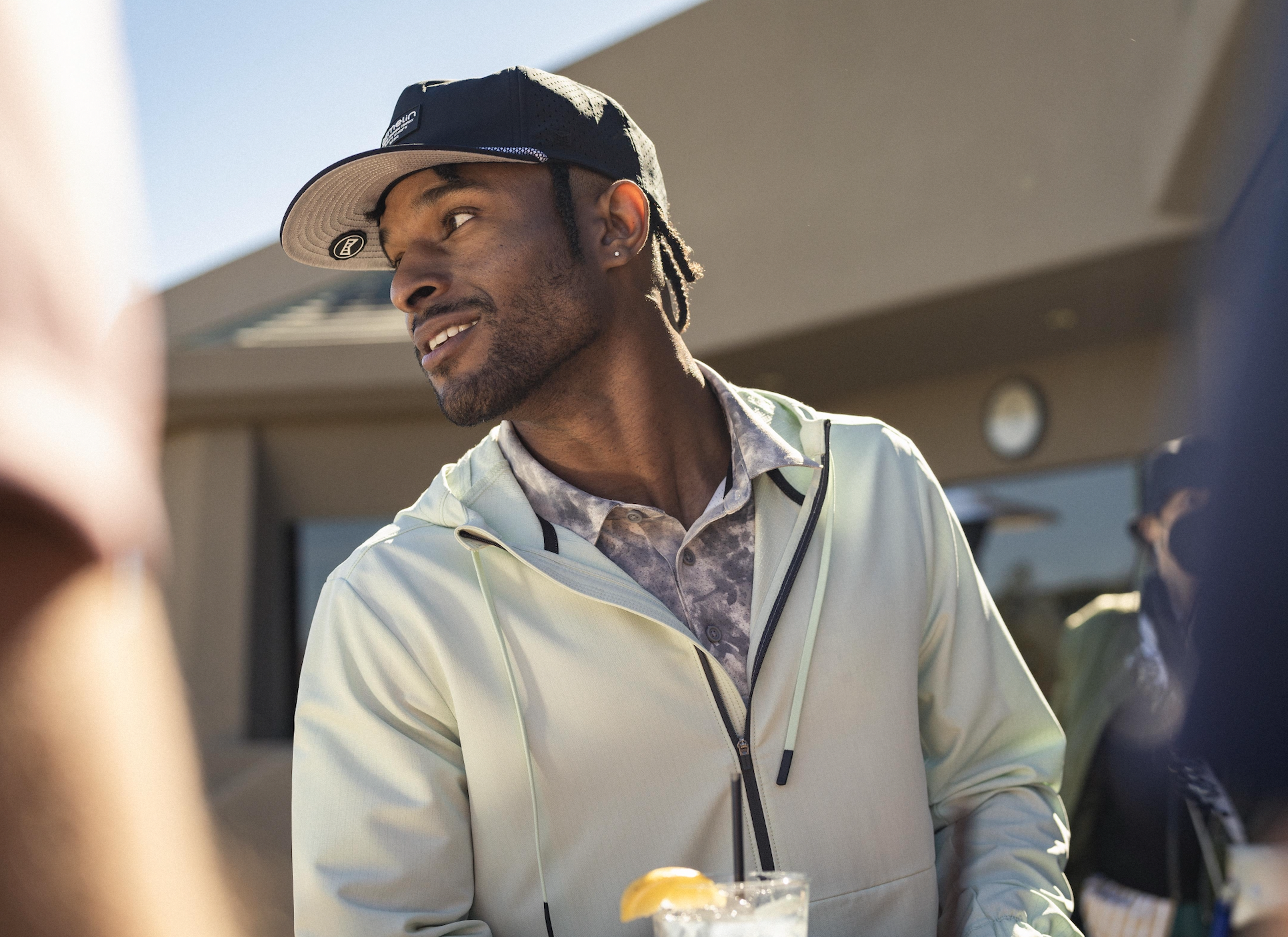 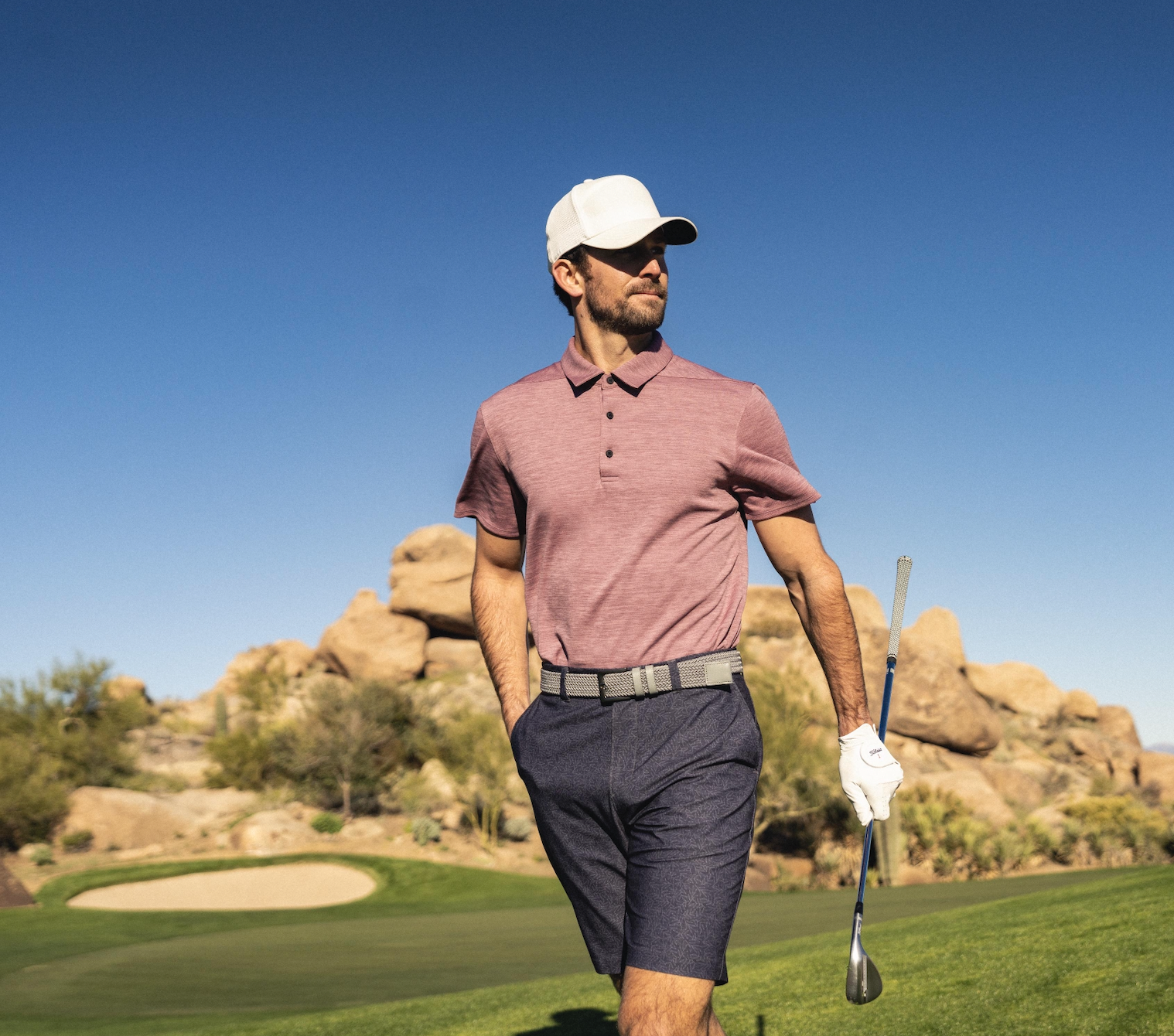 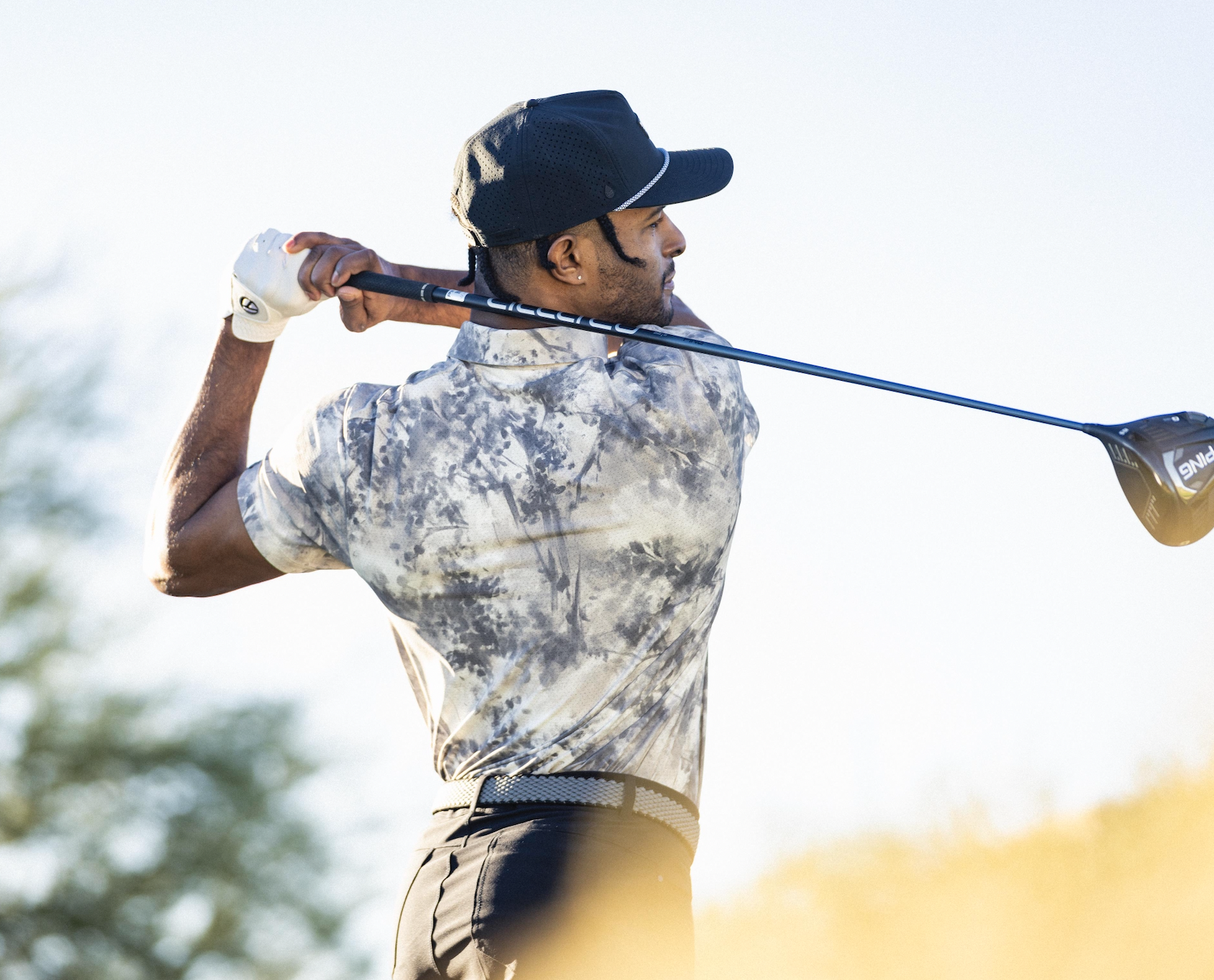 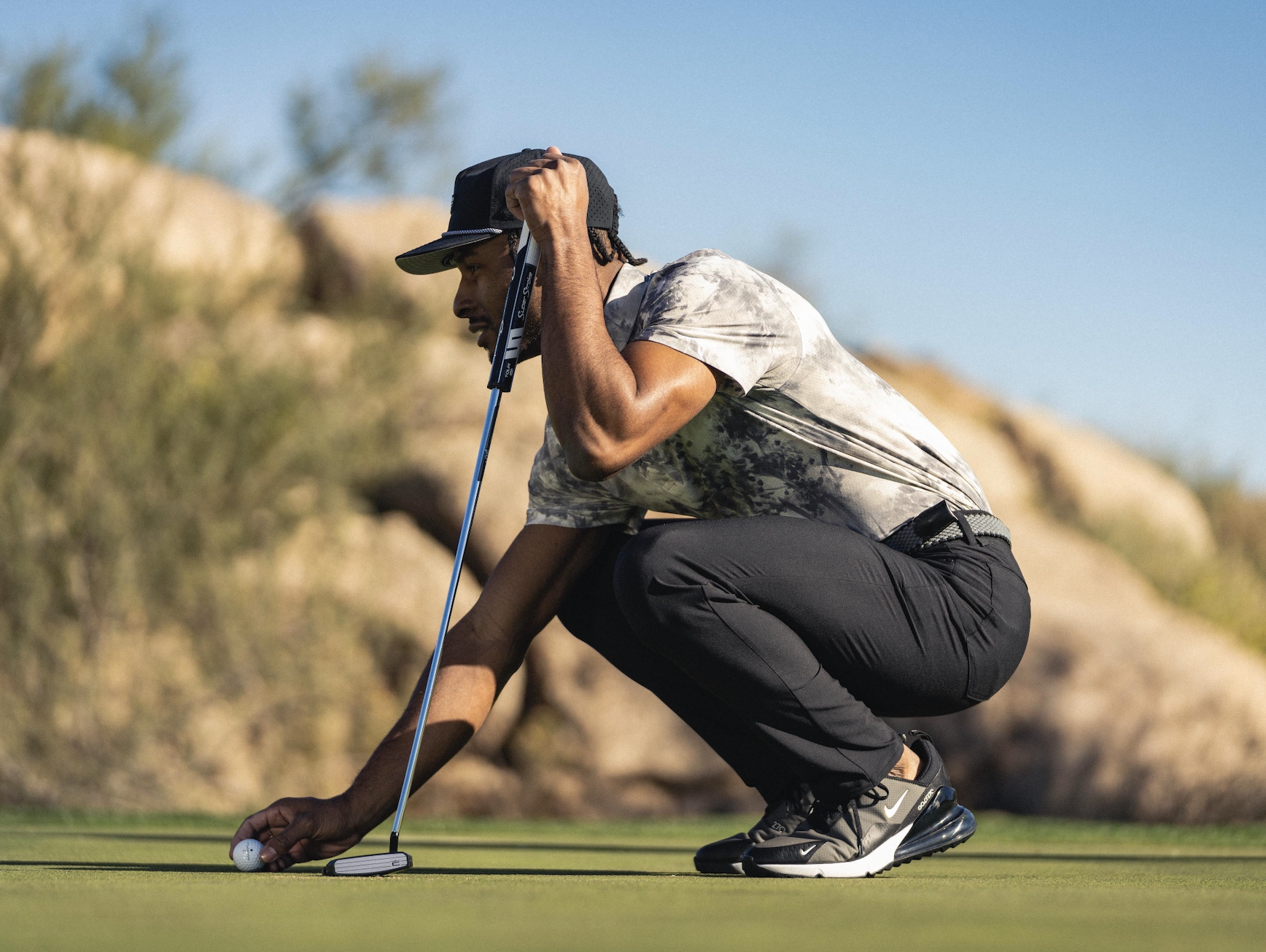 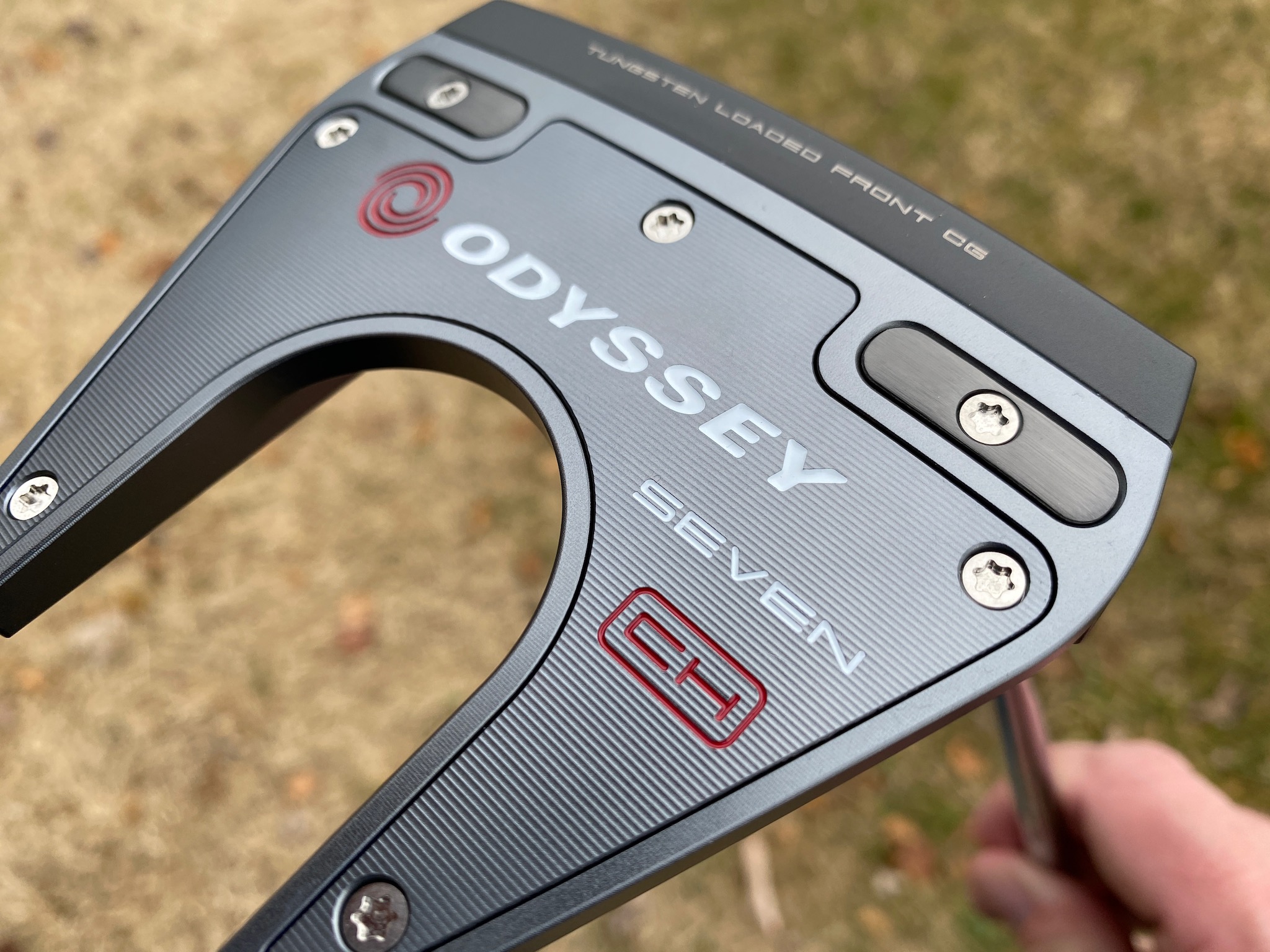 What you need to know: In January 2022, in the name of creating a blades with the MOI of mallets and forward CG, Odyssey threw everything at the wall with the Tri-Hot 5K family of blade putters: stainless steel, tungsten, 6061 aircraft grade aluminum. A year later, the company is bringing the same technology package to mallets with the Rossie and Seven models. The Tri-Hot 5K lineup now stands at seven putters (four with multiple necks). 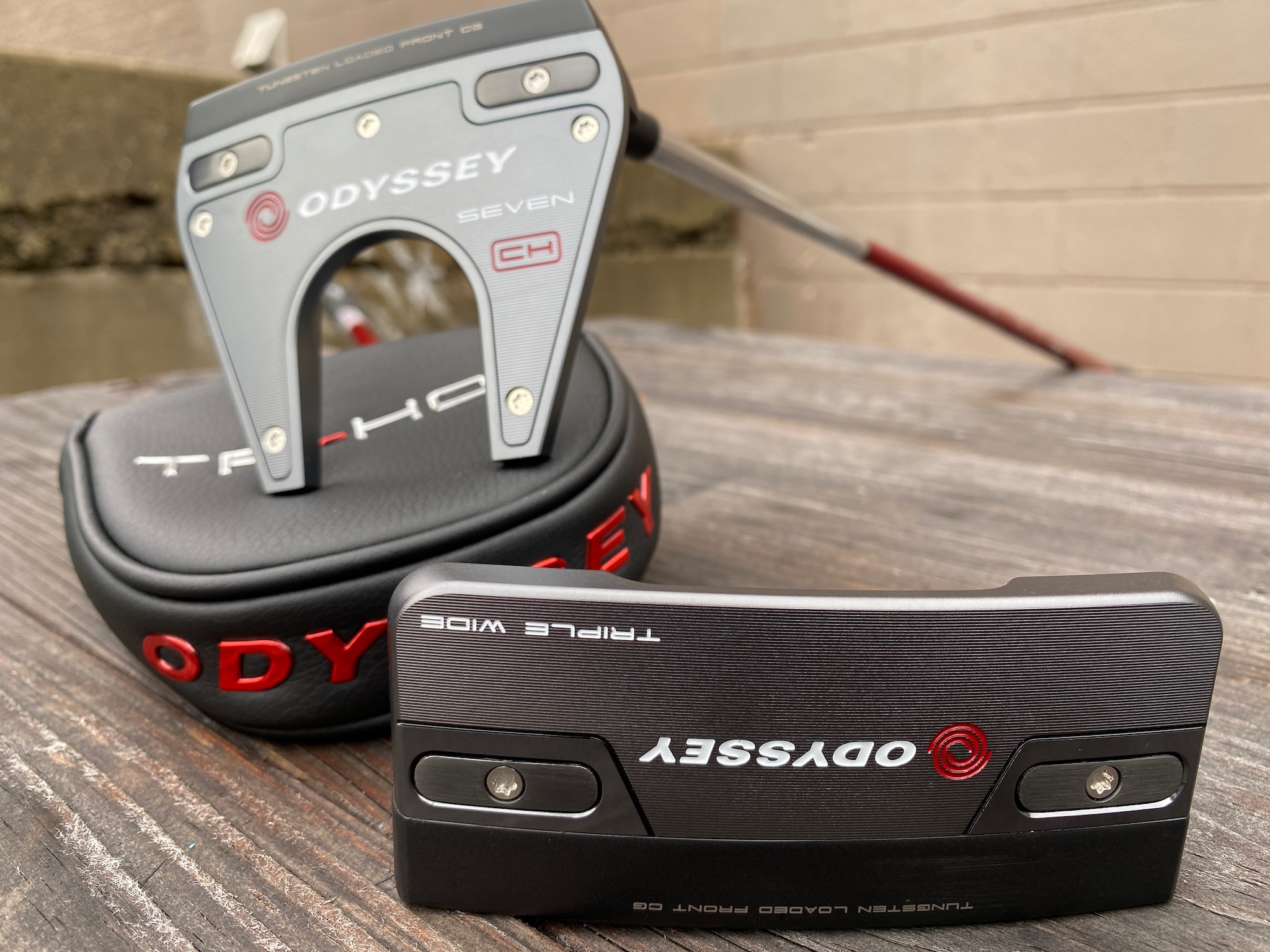 Engineers applied the “Tri-Hot formula” utilized in blade putters in 2022 to move CG forward and raise MOI for a more forgiving mallet design — and a 5,000 IZZ inertia level (hence “5K”). Golfers will see improved speed and spin control, as well as consistency on off-center hits, according to the company, resulting in golf balls that finish closer to the hole when sub-optimally struck.

Stainless steel front: Odyssey touts the side-spin reducing capabilities of the 303 stainless steel hosel and face area for off-center putts. Tighter dispersion and putts that a more likely to go in results. Acting in a complementary fashion, the rear of the mallets are milled for tighter shape and weight tolerances that allows the CG to remain forward.

Tungsten front weights: Up to 120 grams of tungsten is positioned behind the face in the heel and toe sections of the putter heads. The resulting forward CG improves roll and increases inertia.

Interchangeable front weights: Available in 5, 10, 15 and 20 grams to dial in head weight and performance.

White Hot insert: 2023 Tri-Hot 5K putters add the iconic two-part urethane White Hot insert, which was originally developed using the same material as Callaway’s Rule 35 golf ball. White Hot, with its “firm but soft” properties has been a long-time favorite of Callaway staffers and recreational golfers. According to Callaway, “They’ve been asking for us to bring these technologies back and we’ve listened.” Can’t argue with that.

Stroke Lab shaft: The newest generation of Callaway’s multi-material Stroke Lab shaft features a shortened steel section and reduced weight (seven grams). Additionally it is stiffer. All of this leads to more stability and consistency.

Full lineup details — and who they’re for — including 2022 releases, via Callaway.

One: A classically shaped heel toe weighted putter with a crank neck hosel creating moderate toe hang making it suitable for strokes that have moderate arc and face rotation

Two: A classically shaped heel toe weighted putter with a crank neck hosel creating moderate toe hang making it suitable for strokes that have moderate arc and face rotation. Less rounded than the One. 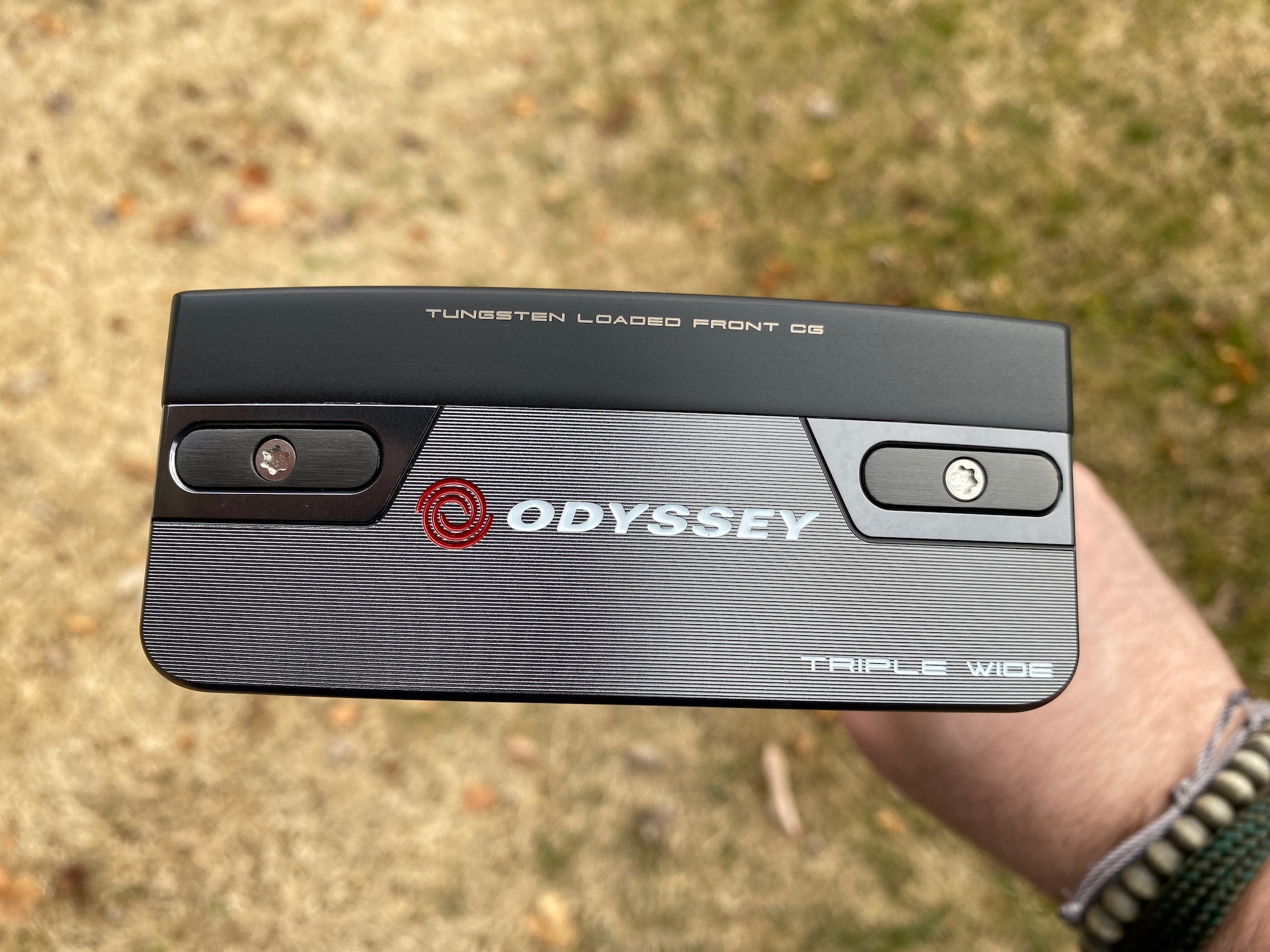 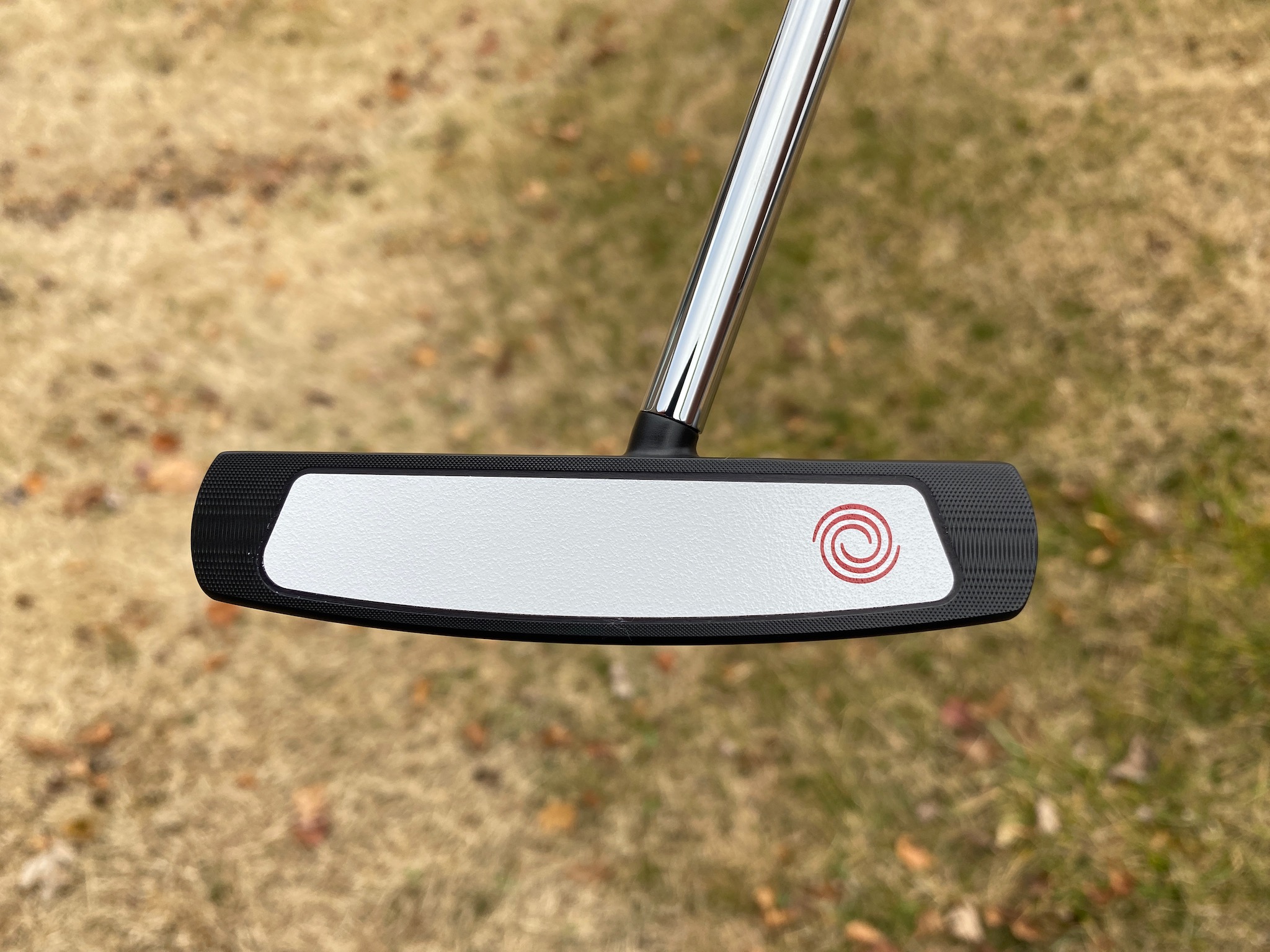 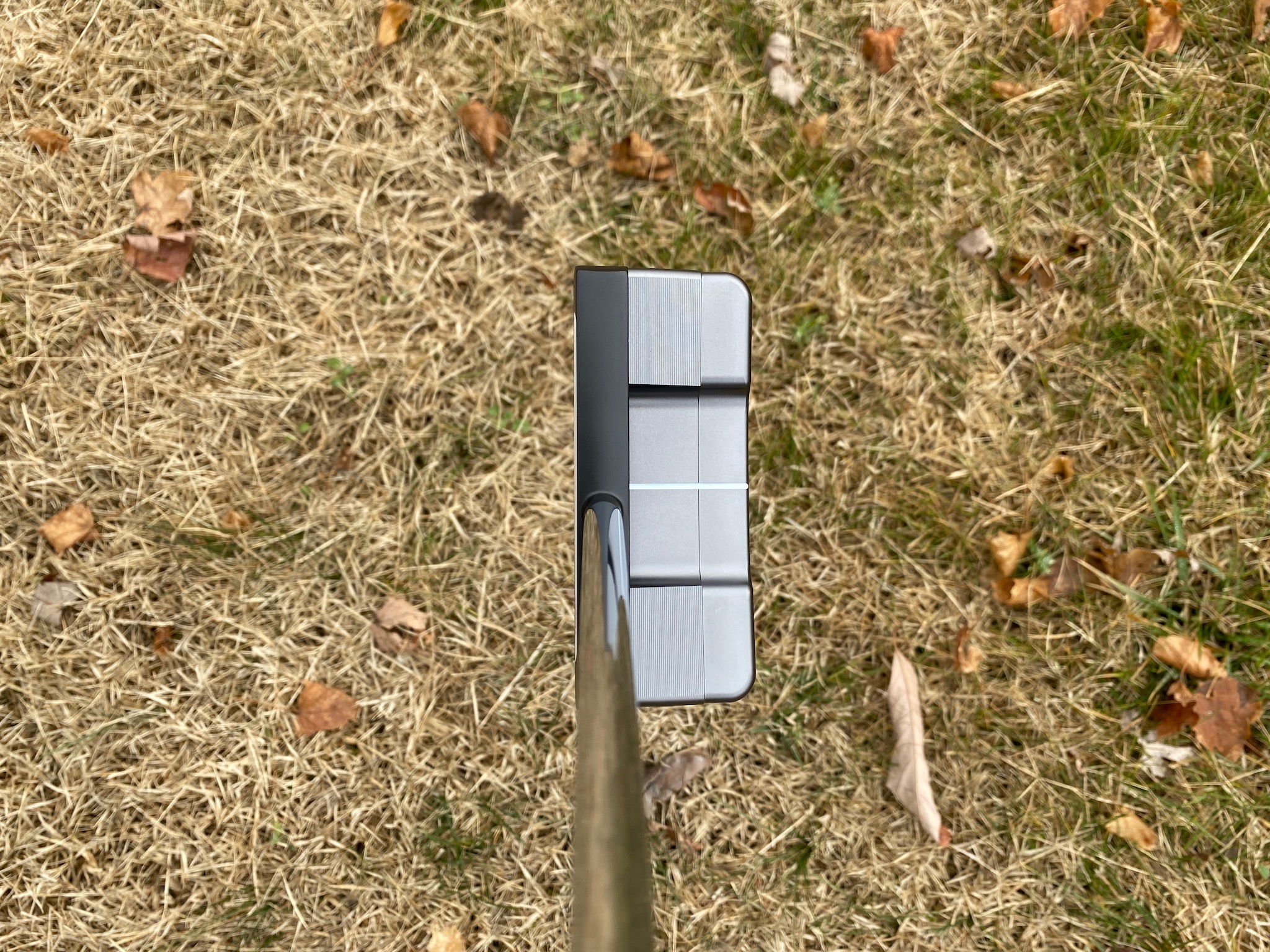 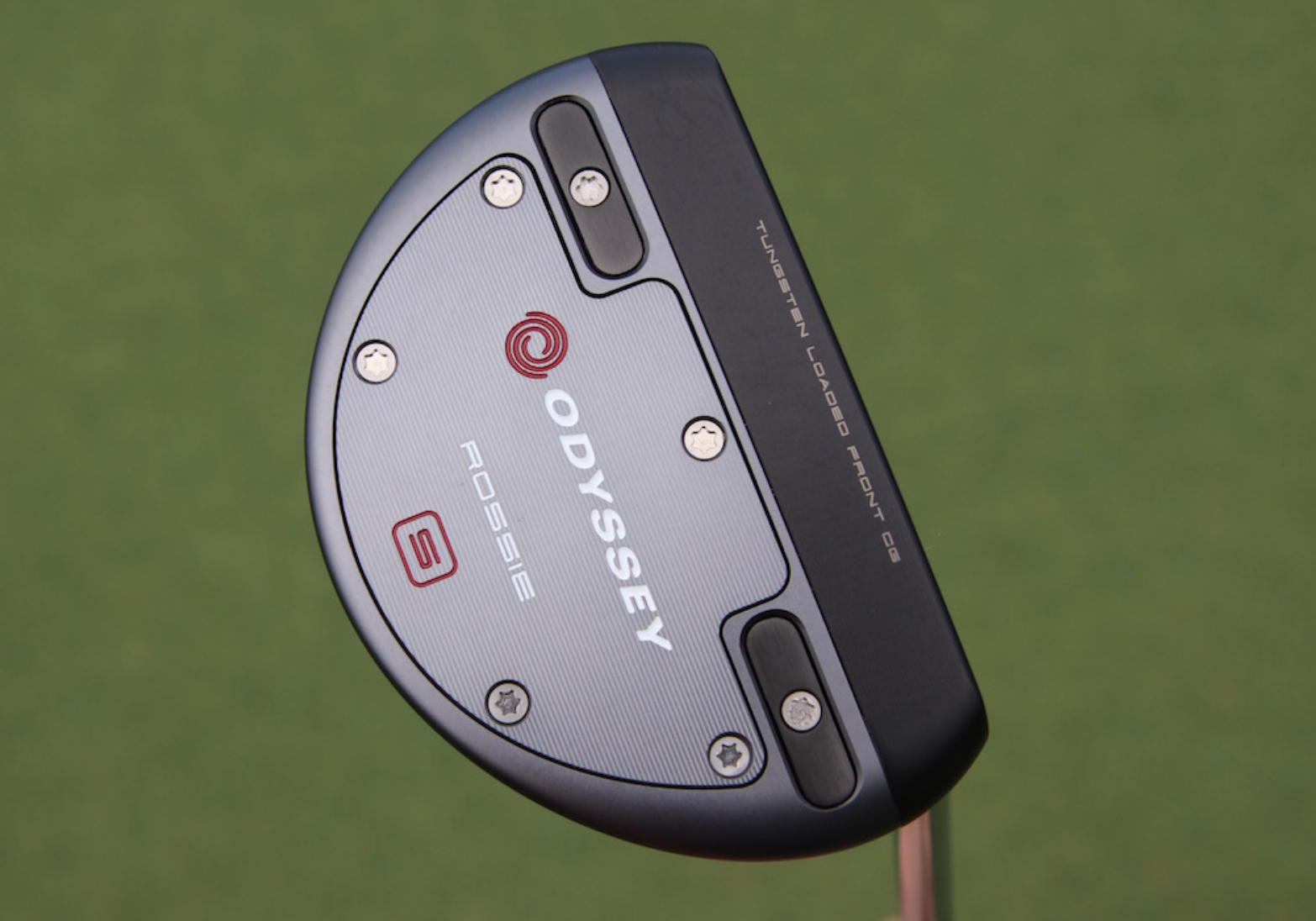 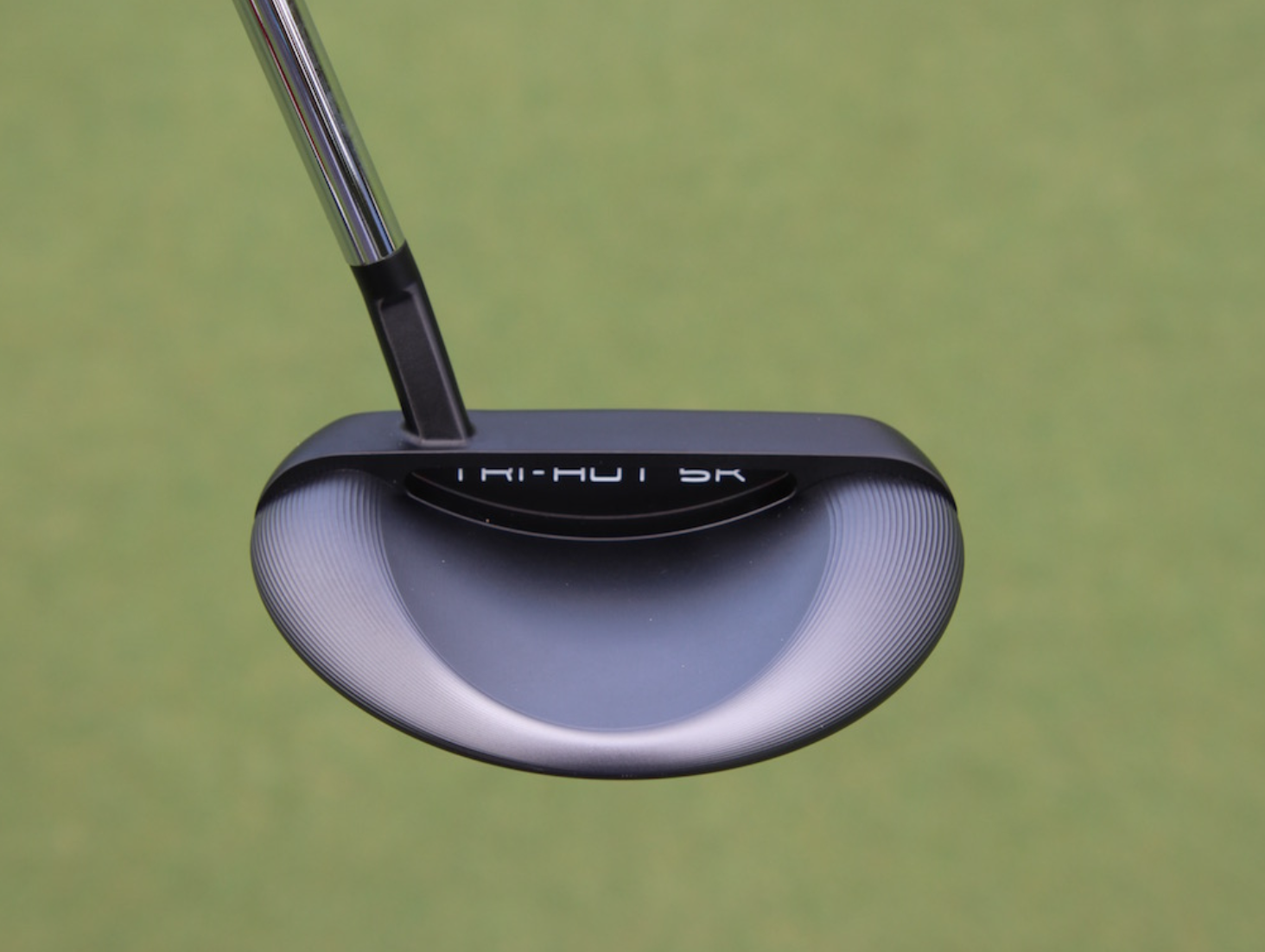 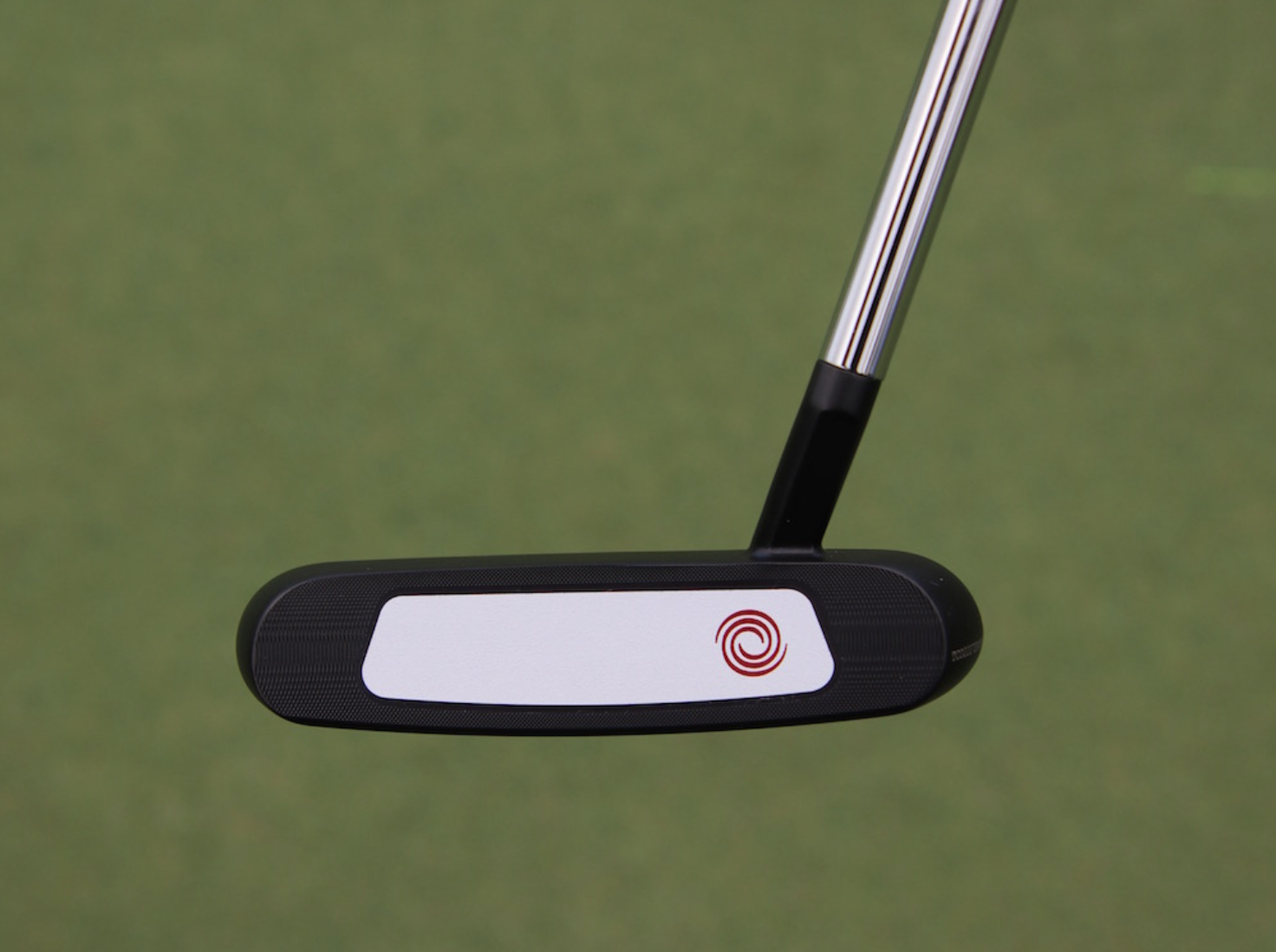 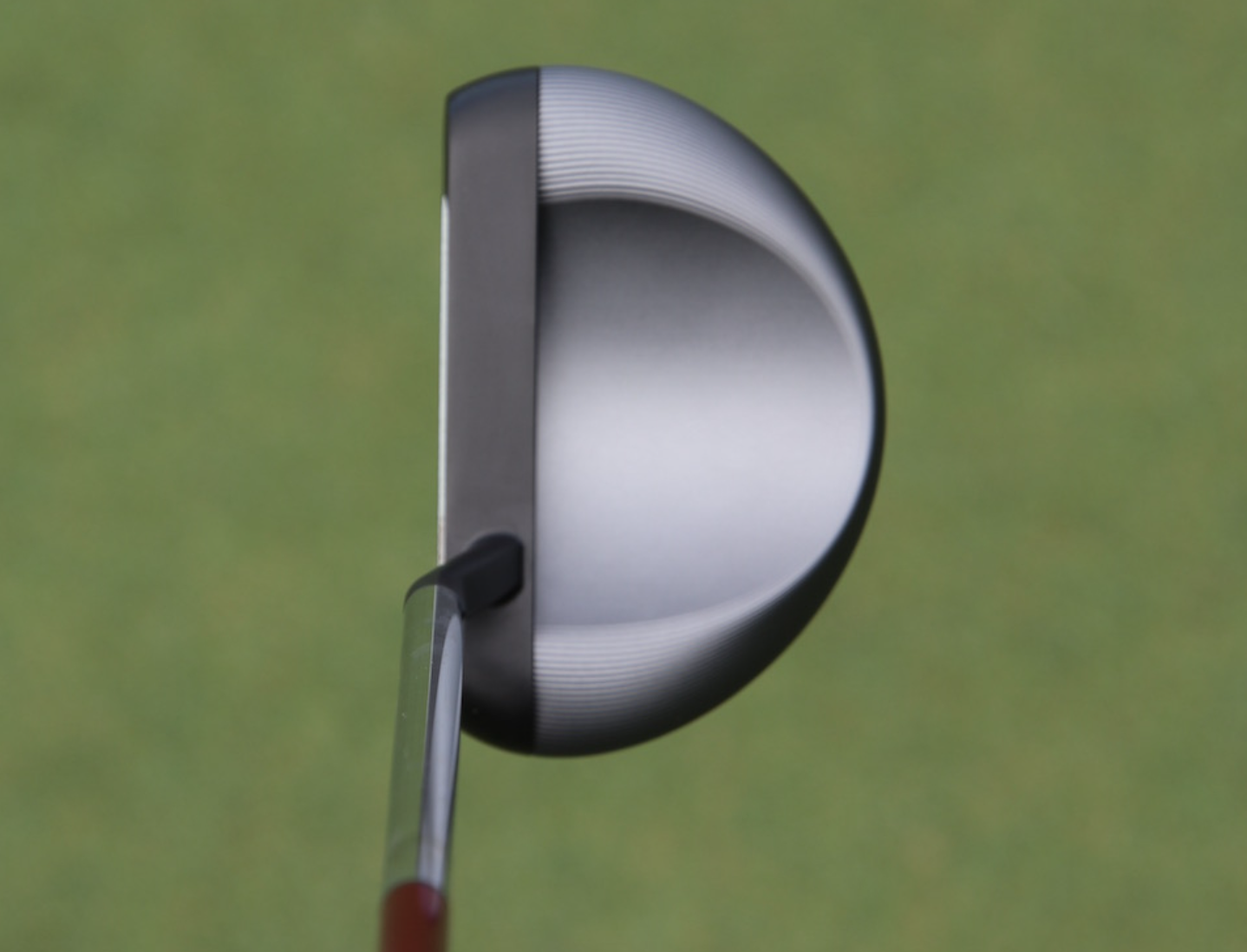 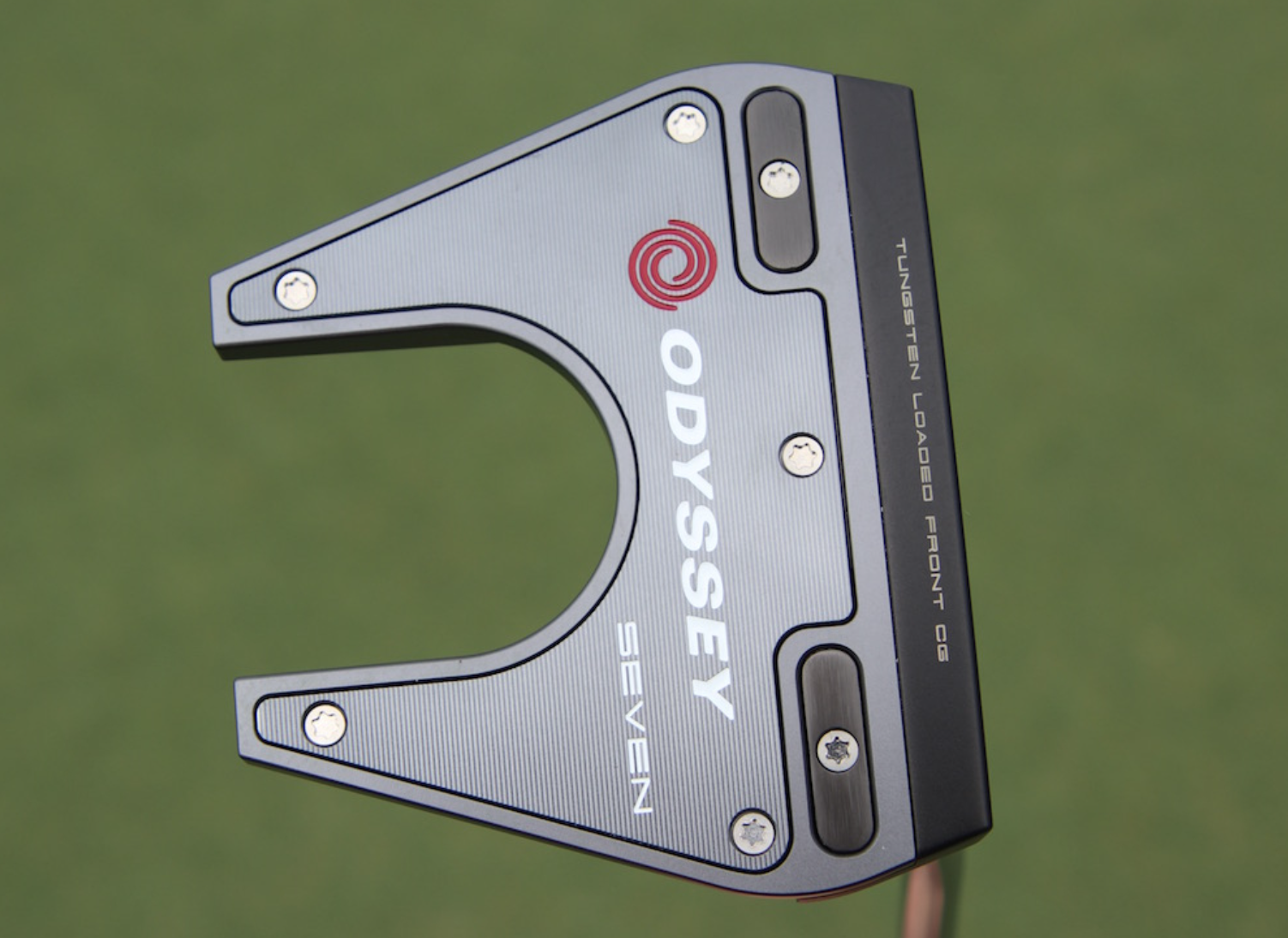 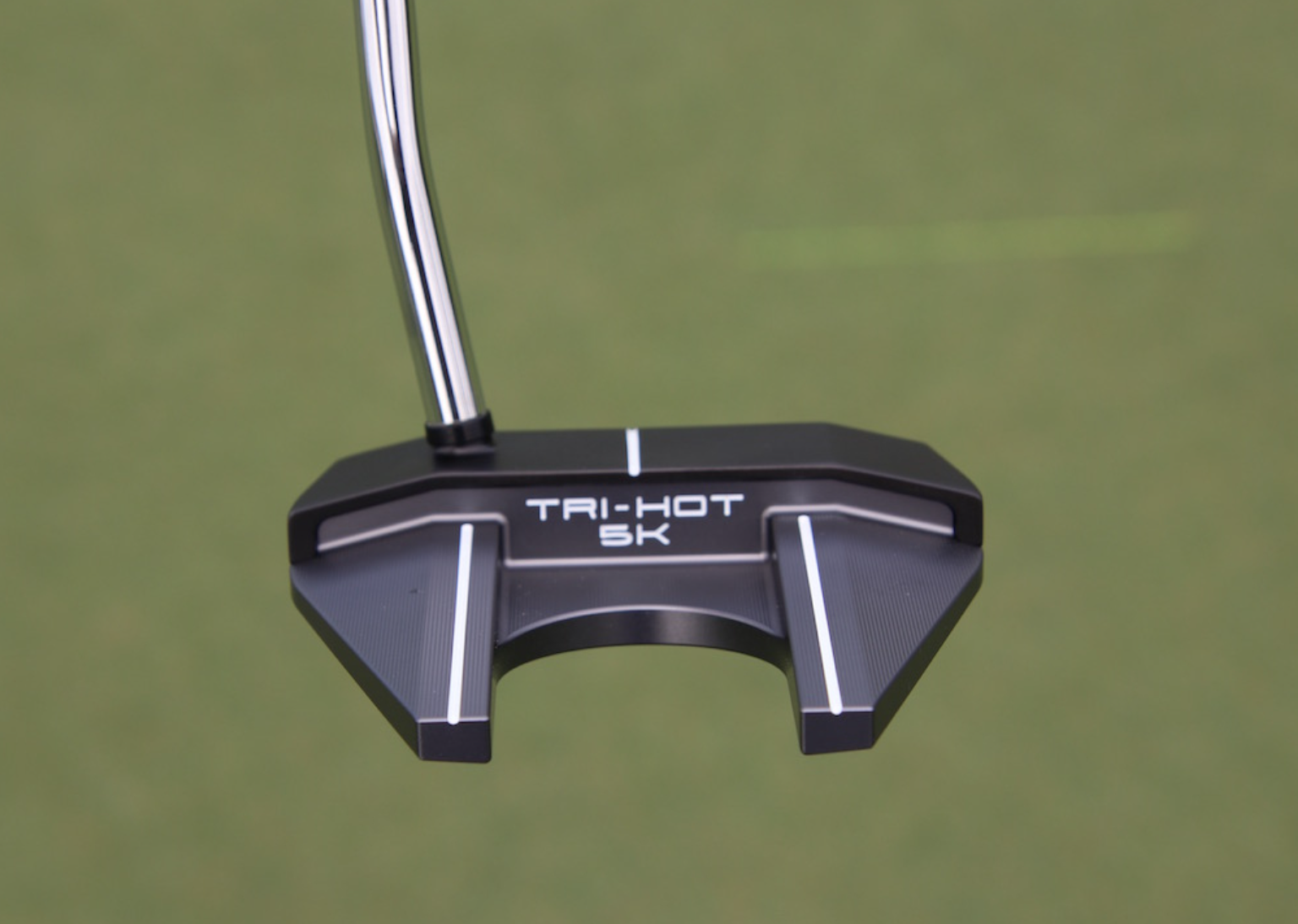 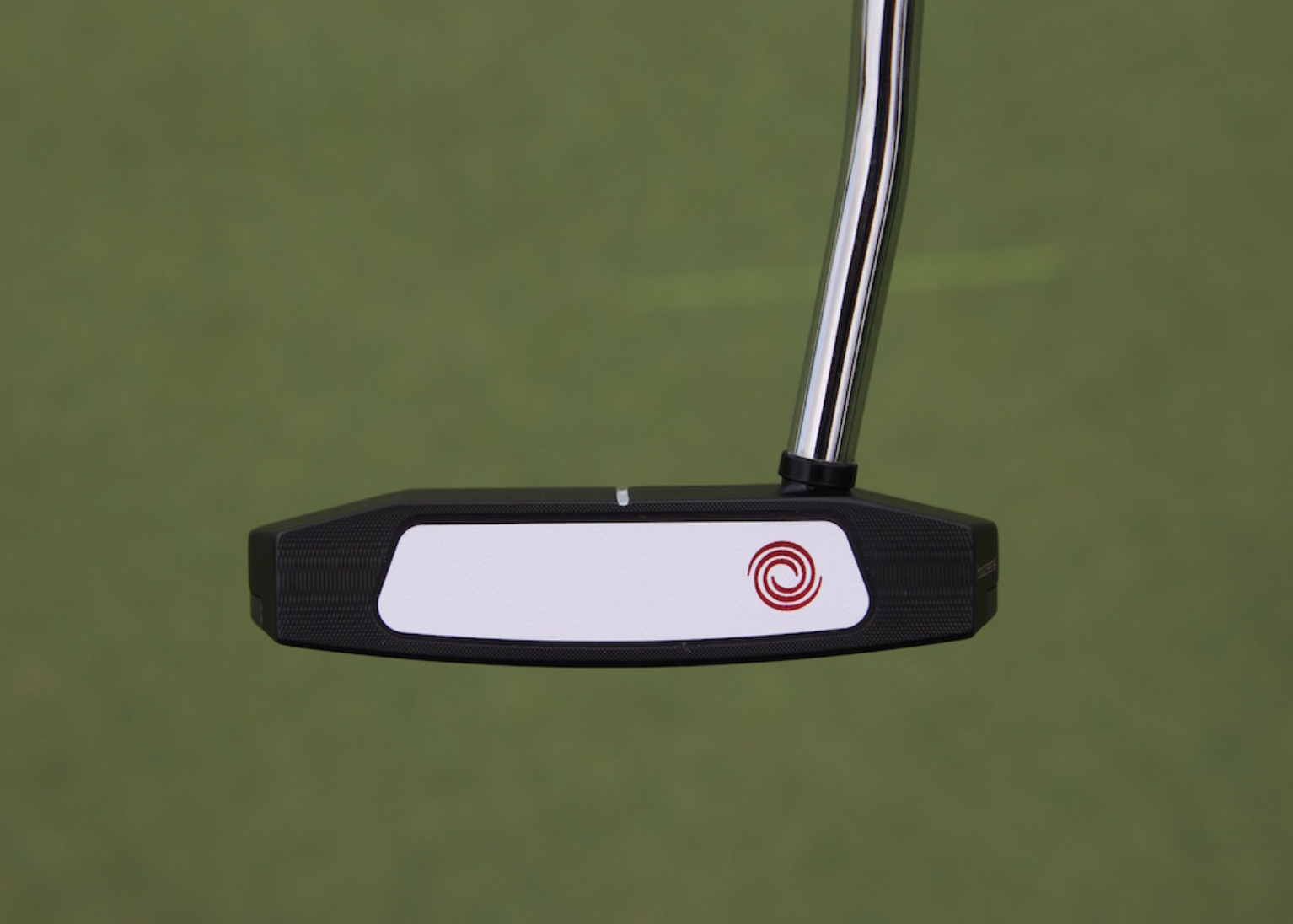 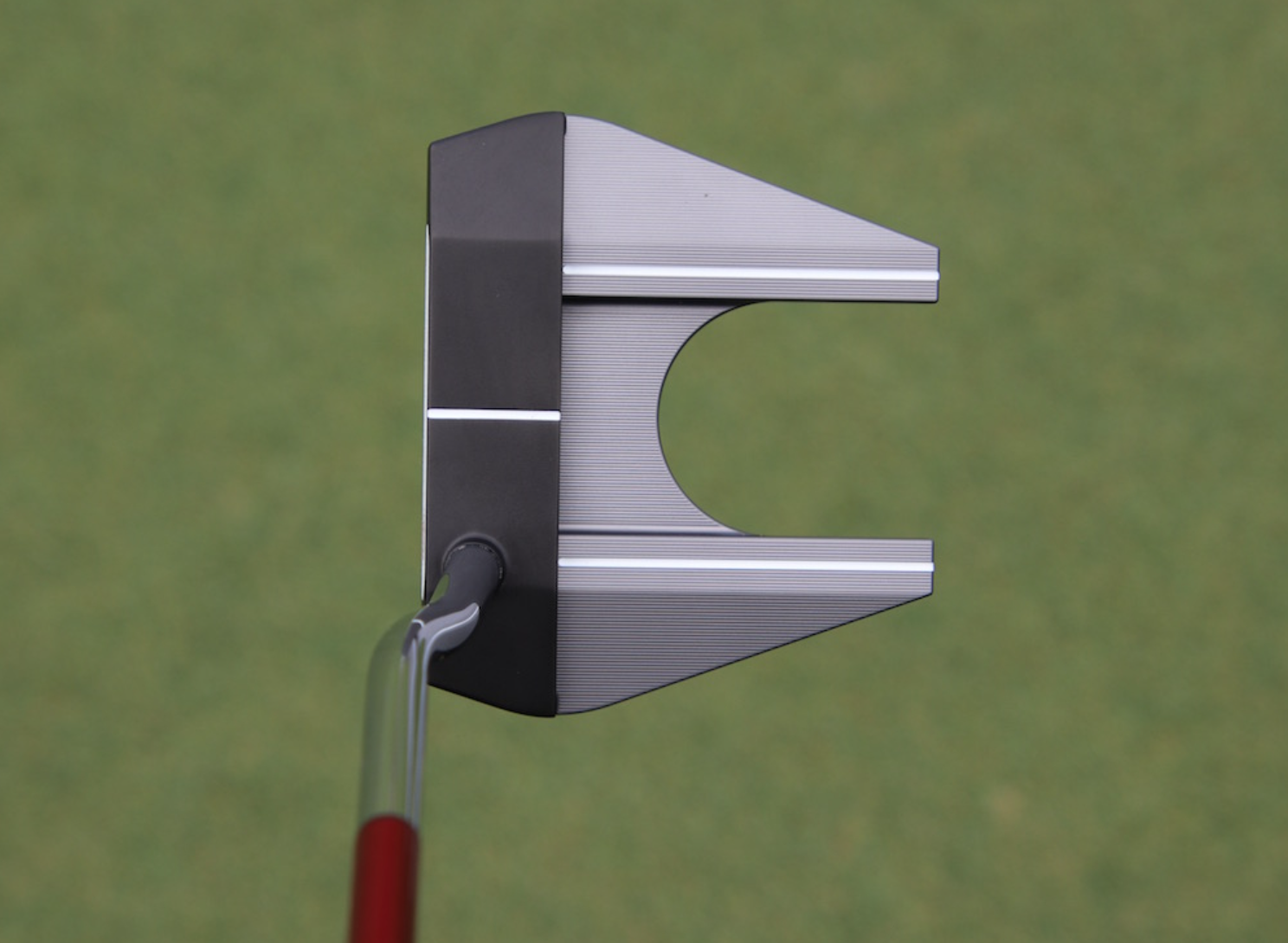 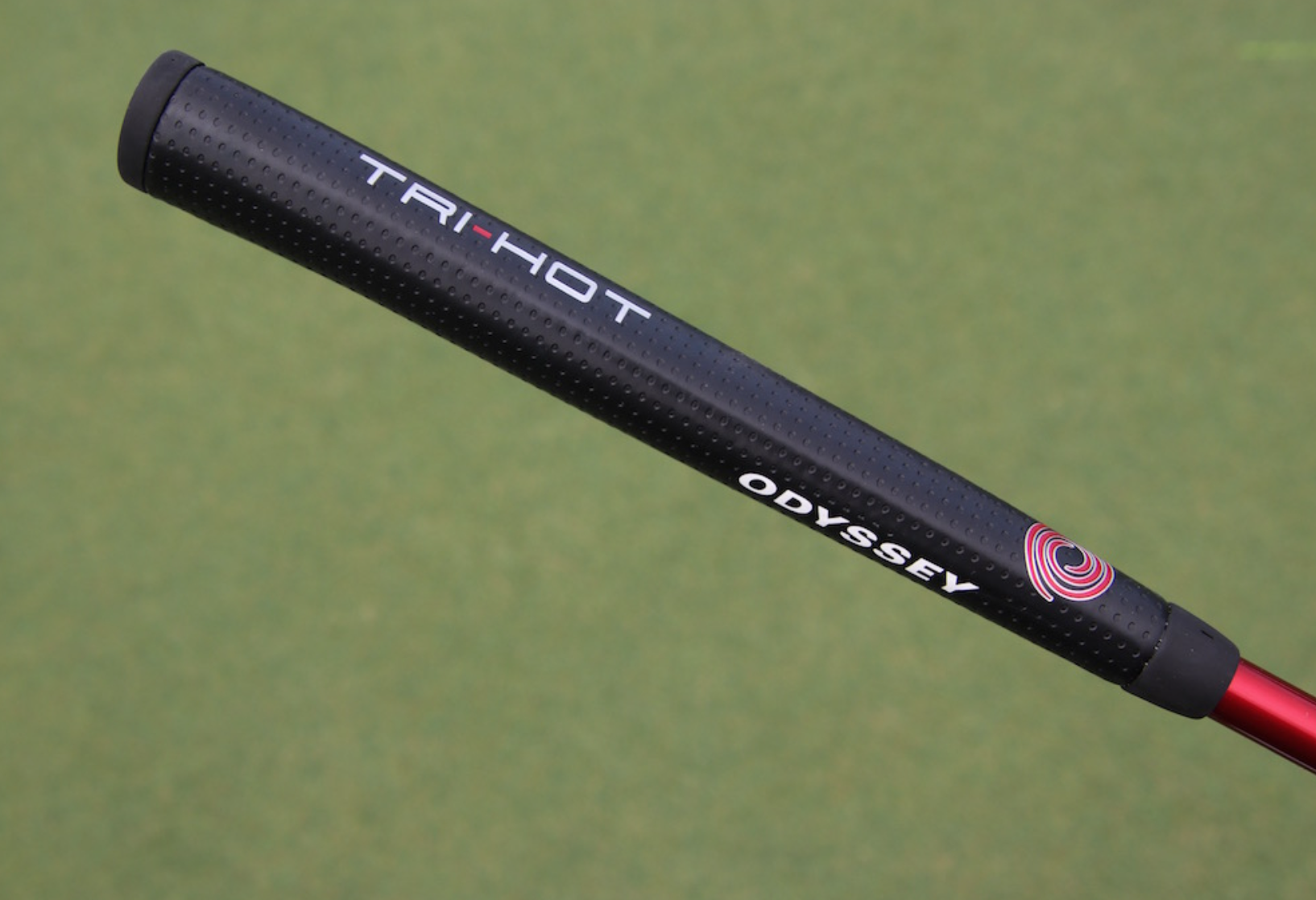 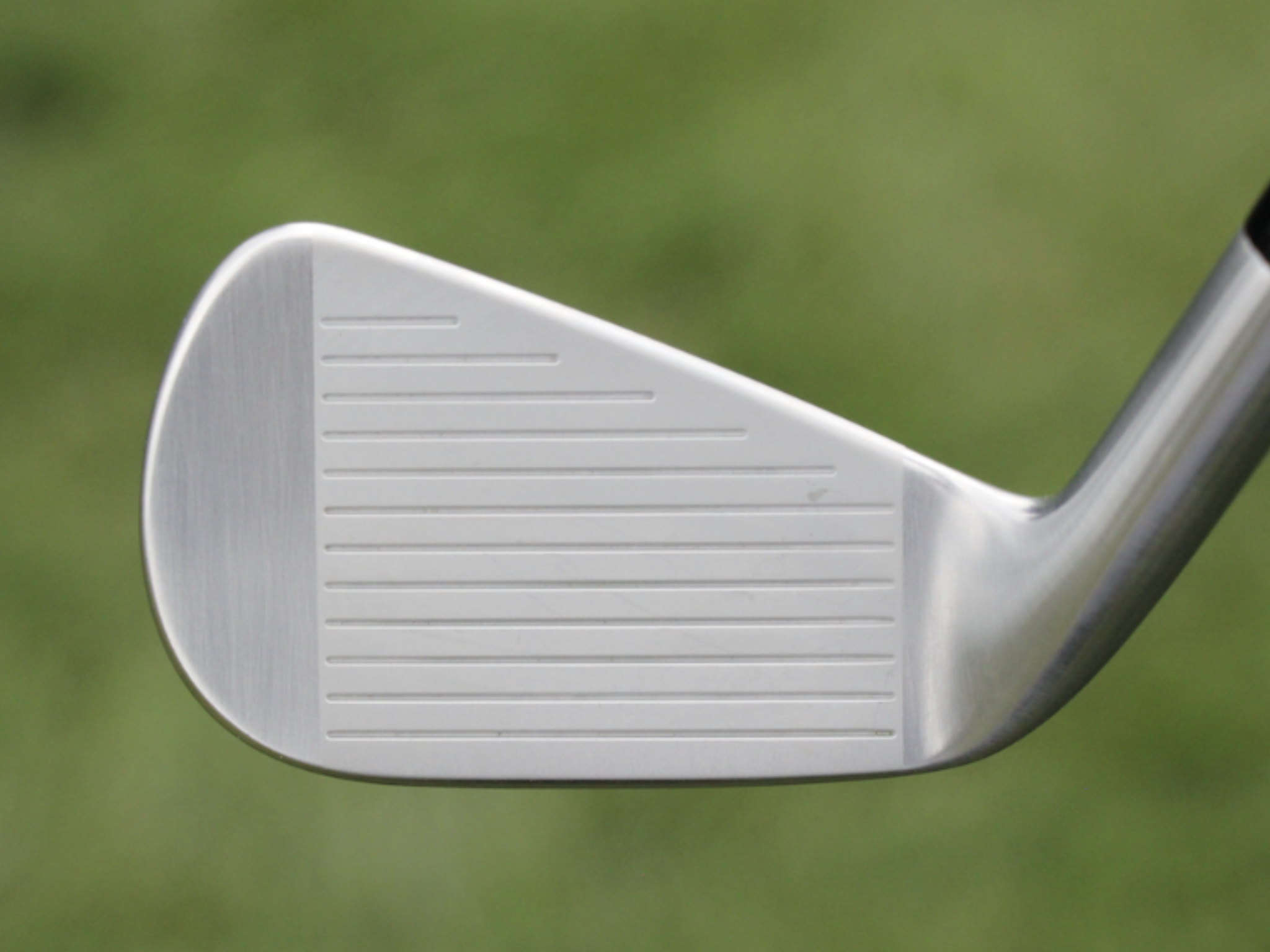 In our forums, our members have been discussing the best ‘Players’ irons of 2023. WRXer ‘odshot68’ kicks off the thread saying, “Looking to get a new set of players irons this spring and wondering what you guys like. Distance control is very important; I’m not a fan of irons with hotspots,” and our members have been selecting their favorites from recent releases in our forum.