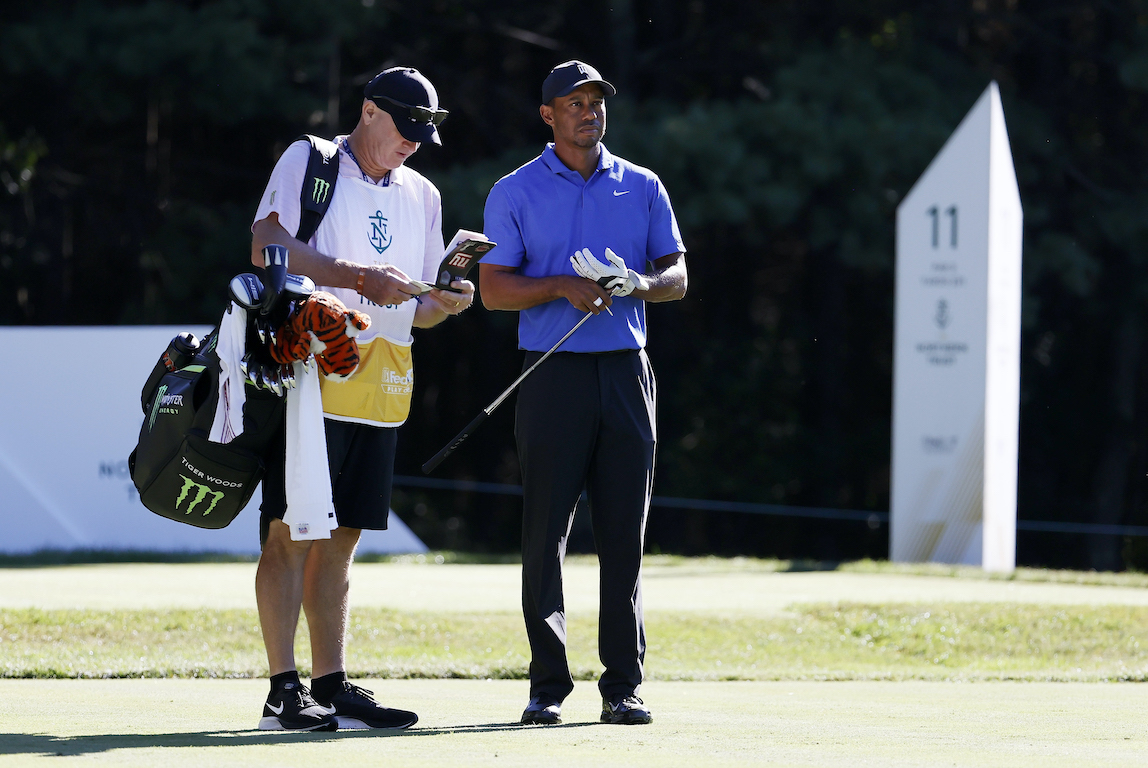 In an exclusive interview with Golf Digest, Tiger Woods revealed how close he was to losing his leg following his near-fatal crash back in February.

Speaking to Henni Koyack, Woods opened up on the seriousness of the injury and how at one stage, he feared losing his leg altogether:

“There was a point in time when, I wouldn’t say it was 50/50, but it was damn-near there if I was going to walk out of that hospital with one leg.”

Woods added that once he knew his leg would not need to be amputated, then he had to worry about his hands:

“Once I (kept it), I wanted to test and see if I still had my hands. So even in the hospital, I would have Erica (girlfriend), and Rob (McNamara, friend) throw me something. Throw me anything.”

In the 40-minute interview, Tiger also discussed his future, where he admitted that his full-time playing career is over but that he plans to return to Tour to pick and choose the odd event to compete at.

“I think something that is realistic is playing the Tour one day, never full time, ever again, but pick and choose, just like (Ben) Hogan did. Pick and choose a few events a year, and you play around that, you practice around that, and you gear yourself up for that. I think that’s how I’m going to have to play it from now on. It’s an unfortunate reality, but it’s my reality. I understand it, and I accept it.”

Back in May, Woods spoke about the intenseness of his rehab, and in this week’s interview with Golf Digest, the 15-time major champion went into detail on the difficulties he faced.

“In a hotel room, and I’m hooked up with wires everywhere and people poking and prodding me at 2-3 in the morning for more bloodwork. It was just like, c’mon. You know? How much is enough?”

As for his current position on his road to recovery, Tiger told the publication that he isn’t yet at the halfway point in his recovery, and his back is also still a major issue.

“I have so far to go. I’m not even at the halfway point. I have so much more muscle development and nerve development that I have to do in my leg.

At the same time, I’ve had five back operations, so I’m having to deal with that. As the leg gets stronger, sometimes the back may act up. It’s a tough road.”

Tiger Woods is set to hold a press conference today at 9 a.m ET at this week’s Hero World Challenge, where he is the host of the event.