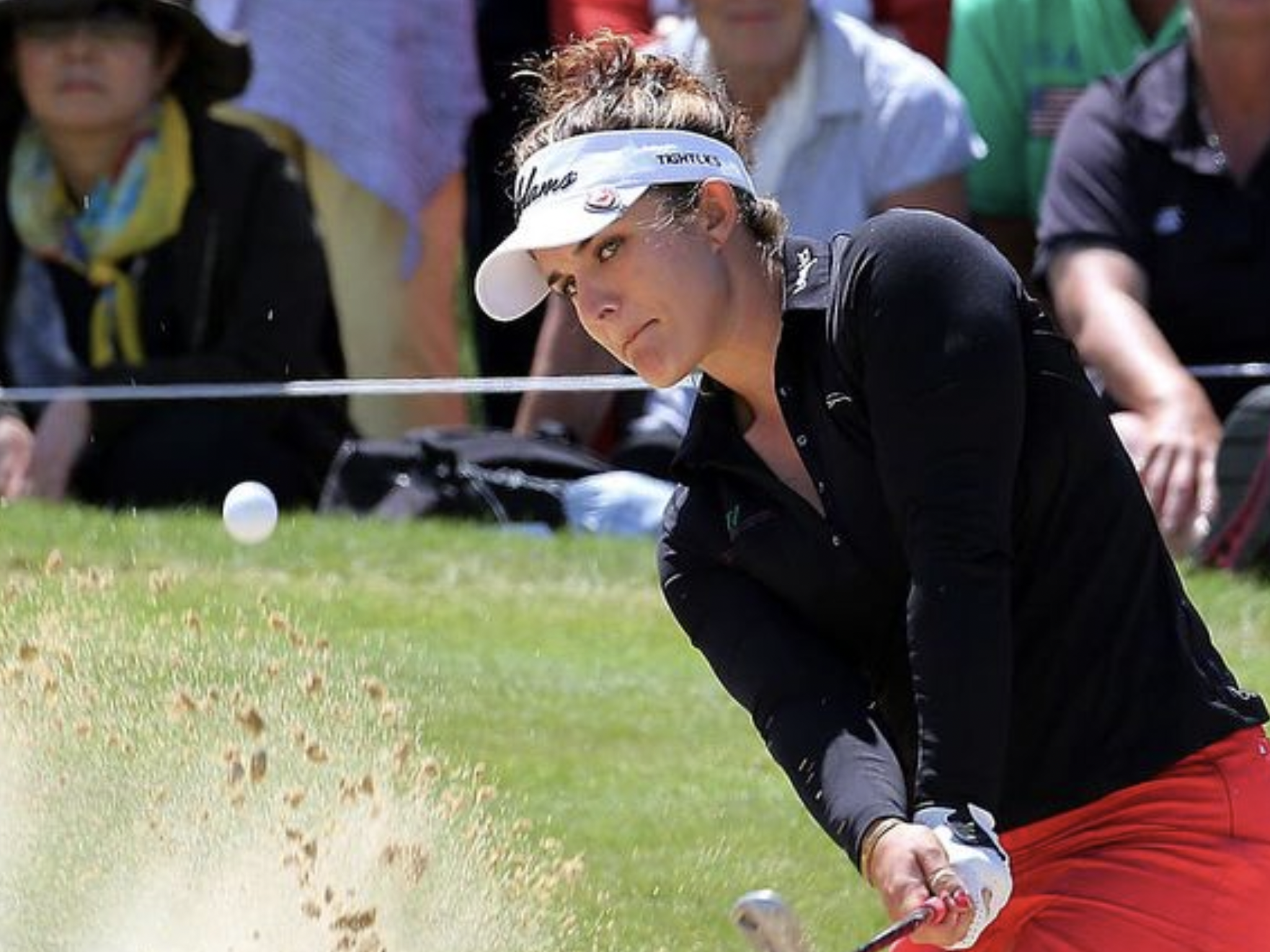 Earlier this week, professional golfer Hannah Gregg opened up on the harsh financial demands of a player on the Symetra Tour.

Gregg, a second-year professional and rookie on the developmental Symetra Tour, spoke to Golf Monthly about the difficulty of making ends meet even for the best players on feeder tours, with their future in the game constantly up in the air.

Included in Gregg’s takeaways was that her annual expenses cost on average $50k and that the WAPT (Women’s All Pro Tour) is the highest paying development tour, with the average winner of high-paying events earning $5-7k for a victory. With expenses for a cheap tournament generally coming in at $1.5-2k, players need to average finishing in the top-3 of each event to make a profit.

As Gregg points out in the interview: “expecting to average top-three for an entire season is not feasible. Even the best players on tour miss cuts and have bad stretches.” and that progression leads to more expenses, “when you do play well and start winning, you generally start moving up to the next level where travel and accommodation are even more expensive. Suddenly, you need to figure out how to pay a caddie.”

Former LPGA professional Anya Alvarez has since praised Gregg for speaking up on the topic and subsequently produced a very interesting breakdown of her expenses for a year of playing on the Symetra Tour.

It’s worth noting that the figures are from almost 9 years ago, and as she wrote on Twitter to accompany the breakdown, Alvarez said, “I drove to 90% of events, stayed with host families, and often didn’t have a caddie. LPGA expenses were much more.”

It’s also worth noting that per SymetraTour.com, the highest earner on the Symetra Tour in 2013 earned $47,283 in prize money. 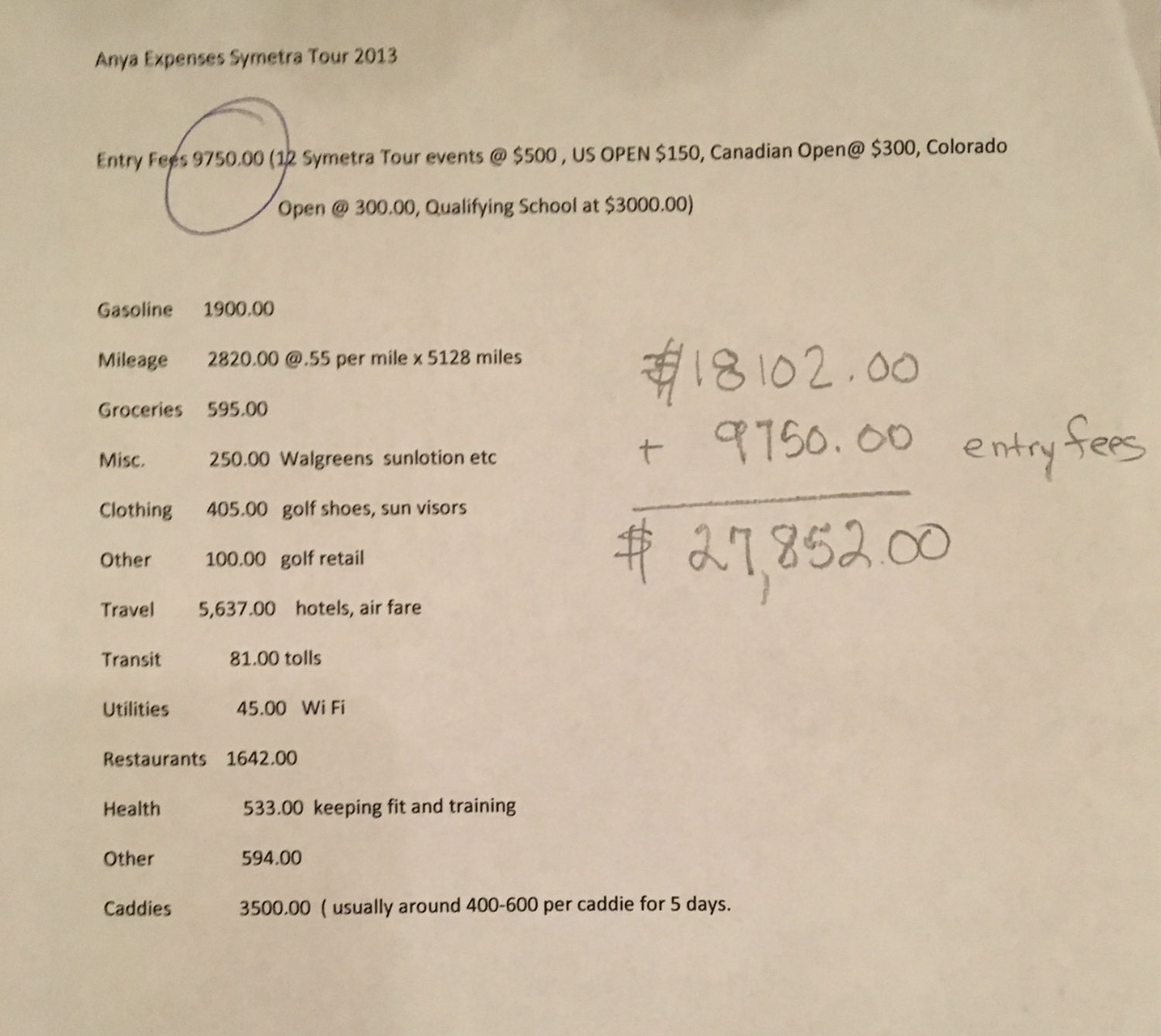 Going back to Gregg’s recent interview, the Symetra pro revealed that the harsh financial demands end up making it unattainable for many talented players to continue in the sport:

“Lots of girls stop playing because they can’t afford Q-School, which is the most expensive event of the year.” she says. “if you don’t play in that, then you have no Tour status and are left with very few events to play in. You get phased out and others just lap you.”

In another eye-opening tweet from Alvarez, who is the founder of MajorLeagueGirls.com, a website that promotes women’s sports, she stated that “players who are talented beyond measure and had some success were forced to quit playing because they financially couldn’t do it anymore”, resulting in “the talent on tour being diluted.”

100%. I know many players who had very wealthy families who bankrolled them for years despite zero progress or never being able to keep card, while other players who talented beyond measure & had some success were forced to quit playing bc they financially couldn’t do it anymore

How can things change? In Gregg’s original interview, she shared her opinion that it begins with building up women’s sports and acknowledging that there is a quality product there – something that anyone who watches the LPGA will undoubtedly attest to.

“When it comes to making purses bigger and getting donations from sponsors, everyone has an excuse.

I always hear ‘well the women aren’t fun to watch’ but I’ve never understood that. The men weren’t popular to watch compared to the scale they are now. It takes years of marketing and people engaging with women’s sports for them to have a chance to succeed and grow.

If people really want to help, we should start building up women’s sports and acknowledging that there is a quality product there. Help us raise money when you can, spread the word and find players that you like to watch and then follow their careers.

All of us love knowing that people out there are enjoying our journey and it makes even the struggles that much more enjoyable.”

Plenty of food for thought.