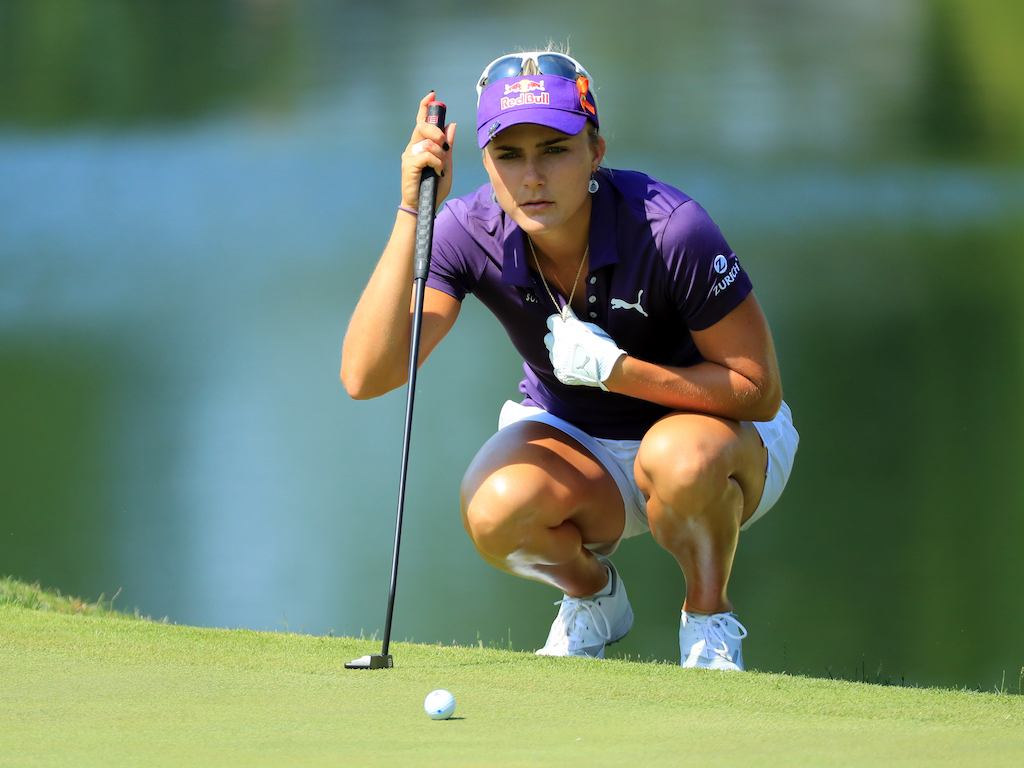 She missed it and once again must have rued yet another opportunity to win for the first time since June 2019.

Still, there was the play-off, but the result was similar, continuing a worrying trend in losses down the stretch or even head-to-head in deciders.

Indeed, memories started flooding back to the US Women’s Open when the 26-year-old lost a five-shot lead with an abject short game display, and even further back to 2017 when despite winning the Race to the CME Globe (essentially the number one ranking), she missed a two-foot putt to win the final event of the year.

She isn’t worried, though, and on the eve of the closing event of the 2021 season commented, “I didn’t make the few that came down the stretch, but it’s an improvement. That’s really all I’m going for. I have a lot of golf to be played in my life”.

Lexi recently switched to the claw grip at the Solheim Cup in a bid to improve her performance on the greens (she currently 138th on tour in putting average).

Working for 3-5 hours every day on her putting, the one-time Major winner said “I don’t even know how my back is still attached. It takes a lot of hard work, and it’s all about confidence and getting the stroke consistent enough and holing the putts under pressure, which I’ll get to.”

A change to the claw grip may, as it does, look ugly, but it resulted in a much-improved putting display last week, eventually ranking fourth in a top-quality field, her best ranking for an age.

Working with mental coach John Denney and now alongside a new caddy, Will Davidson, Thompson has a new outlook on her game. Preferring to see golf as not being life or death, Davidson is reported by Golf Digest to say, “still be focused on things we need to be focused on but keep your mind off things that can creep in and cause doubt. Keep your mind occupied, and those doubts go away.”

Results look to be improving, too, with four top-12 finishes in her last five starts, and as I write, she is currently in the top half of the field at the CME Group Tour Championship. So far, she has parred all the par-five holes, perhaps disappointing for a player that never ranks outside the top three for distance, but there is also (so far) no bogeys in her first round.

This new outlook, new grip, new attitude and new team could finally be the thing that takes the child superstar over the line again. Only 12 when qualifying for her first US Women’s Open, this has already been a long career despite being four years away from her 30th birthday, but there is plenty still there.

“I think the caddie-player relationship is the biggest thing out here,” Thompson said. “If you have somebody out here who you’re not gelling with by your side, it can make a big impact. We get along so well; he’s great out there with me. We’re learning with each other; we’re six weeks in, we’re still learning. He’s been a great help and I’m fortunate to have him by my side.”

Scottie Scheffler has Bubba’s ex-caddie, Ted Scott, on the bag at RSM Classic 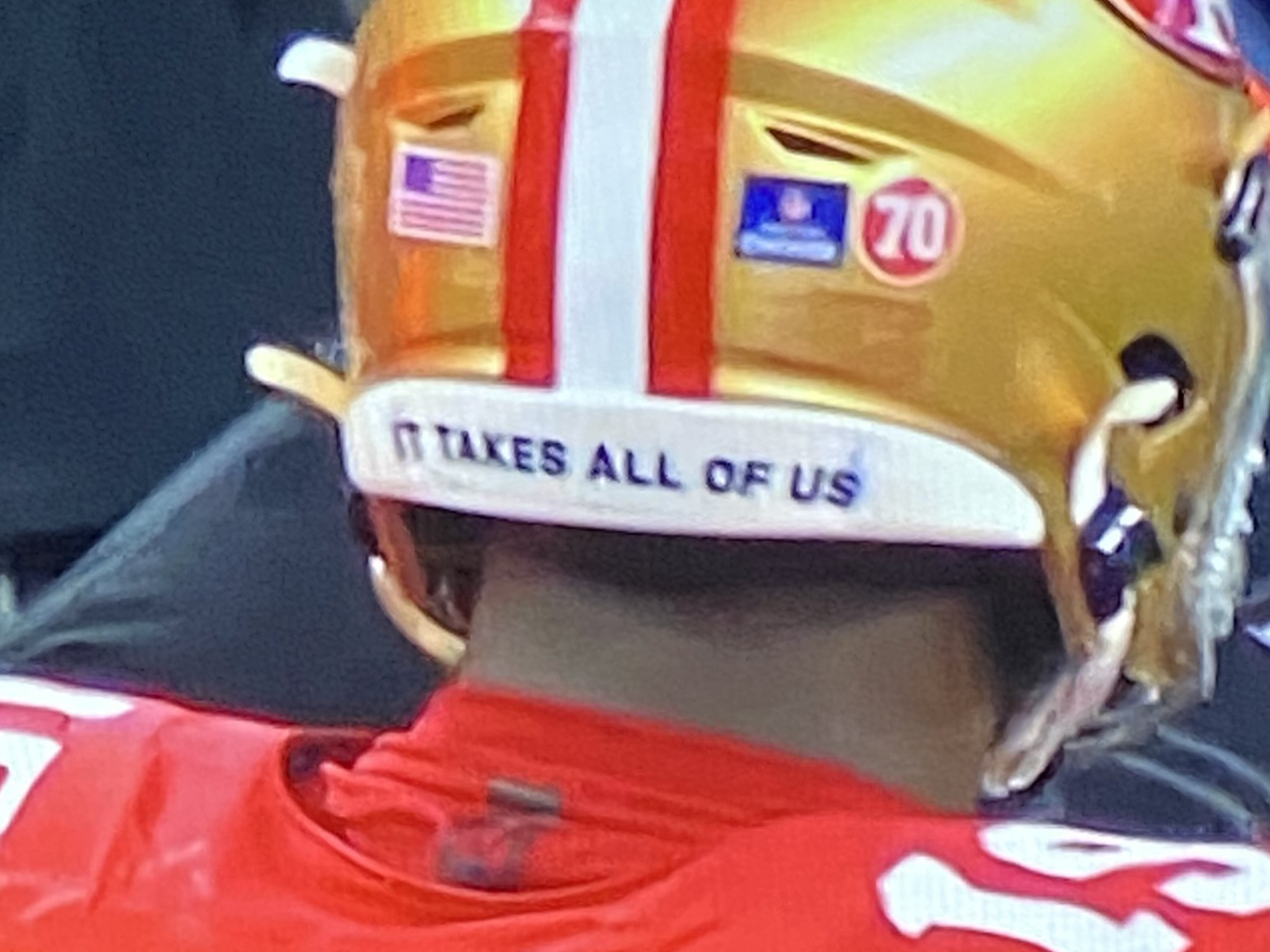 On Sunday, the San Fransisco 49ers defeated the Dallas Cowboys 23-17 to advance to the divisional round of the NFL playoffs.

Niners star Deebo Samuel contributed to the win with 110 all-purpose yards and a rushing touchdown. However, the secret to his success may have come from the shirt he was wearing underneath his uniform.

Samuel was spotted wearing a “TW” Tiger Woods brand red shirt during the game. Woods famously has worn his “Sunday red” in all of his record tying 82 career victories, and it looks to be the mock neck shirt Tiger wore when winning his 15th major.

Perhaps Samuel thought the Sunday red could get the 49ers the victory as well. 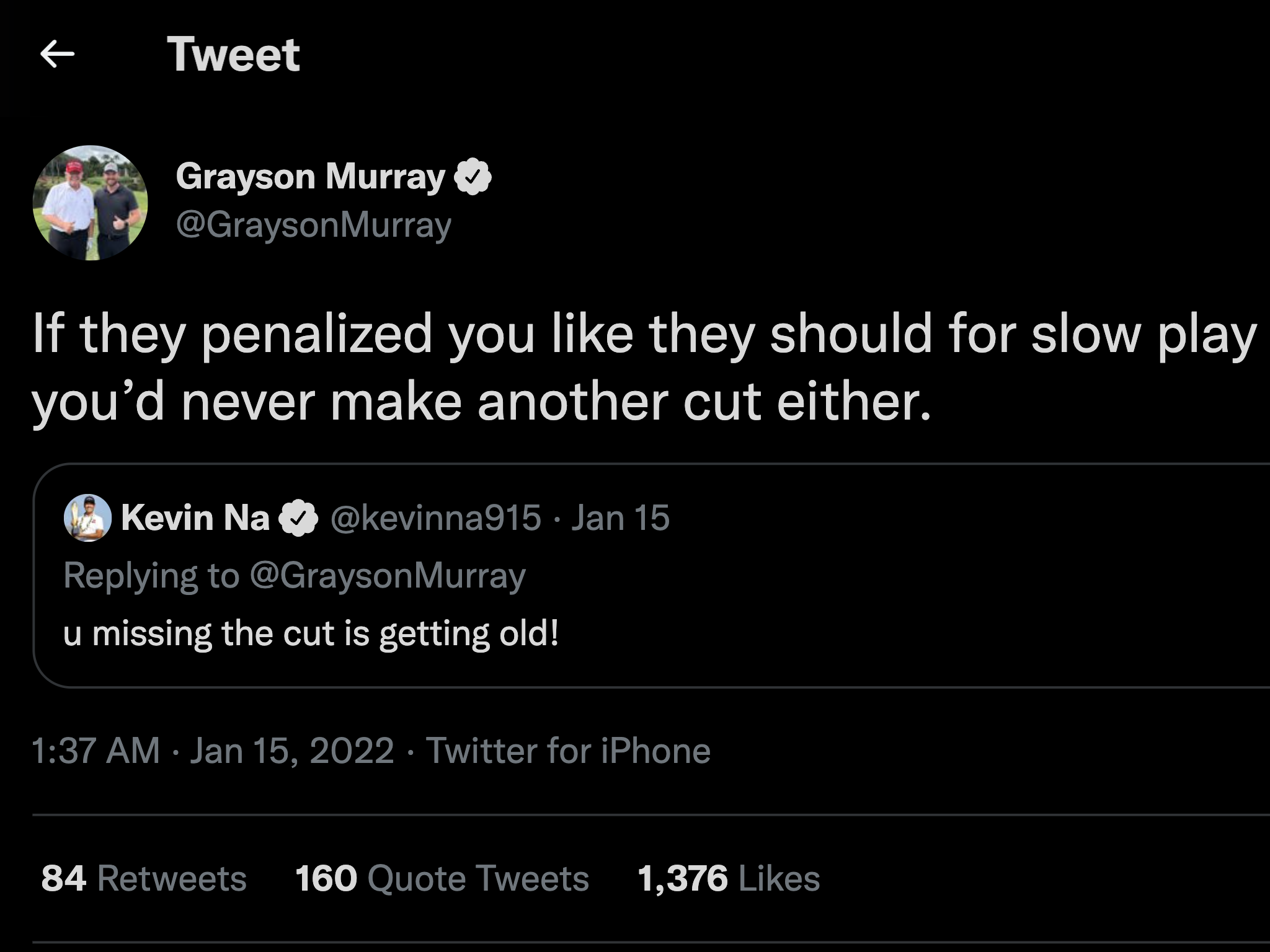 Over the weekend, the golf world was treated to a good, old-fashioned twitter beef.

Na was the first-round leader after Thursday at the Sony Open and shot an impressive nine-under 61. His performance was noted by reporter Chantel McCabe on Twitter: “Kevin Na walking in putts does not get old.” That’s when it got interesting.

u missing the cut is getting old!

Na’s response dealt a devastating blow to Murray, as he stated, “u missing the cut is getting old!”. Murray has missed his past seven cuts on Tour.

Ben An and Colt Knost also got in on the action, with An tweeting “Somebody please call an ambulance for Grayson here”, while Knost hit out at Murray, saying “Dude…..what are you doing???? Just stop”

A twitter beef is always a juicy way to start the 2022 PGA Tour season. 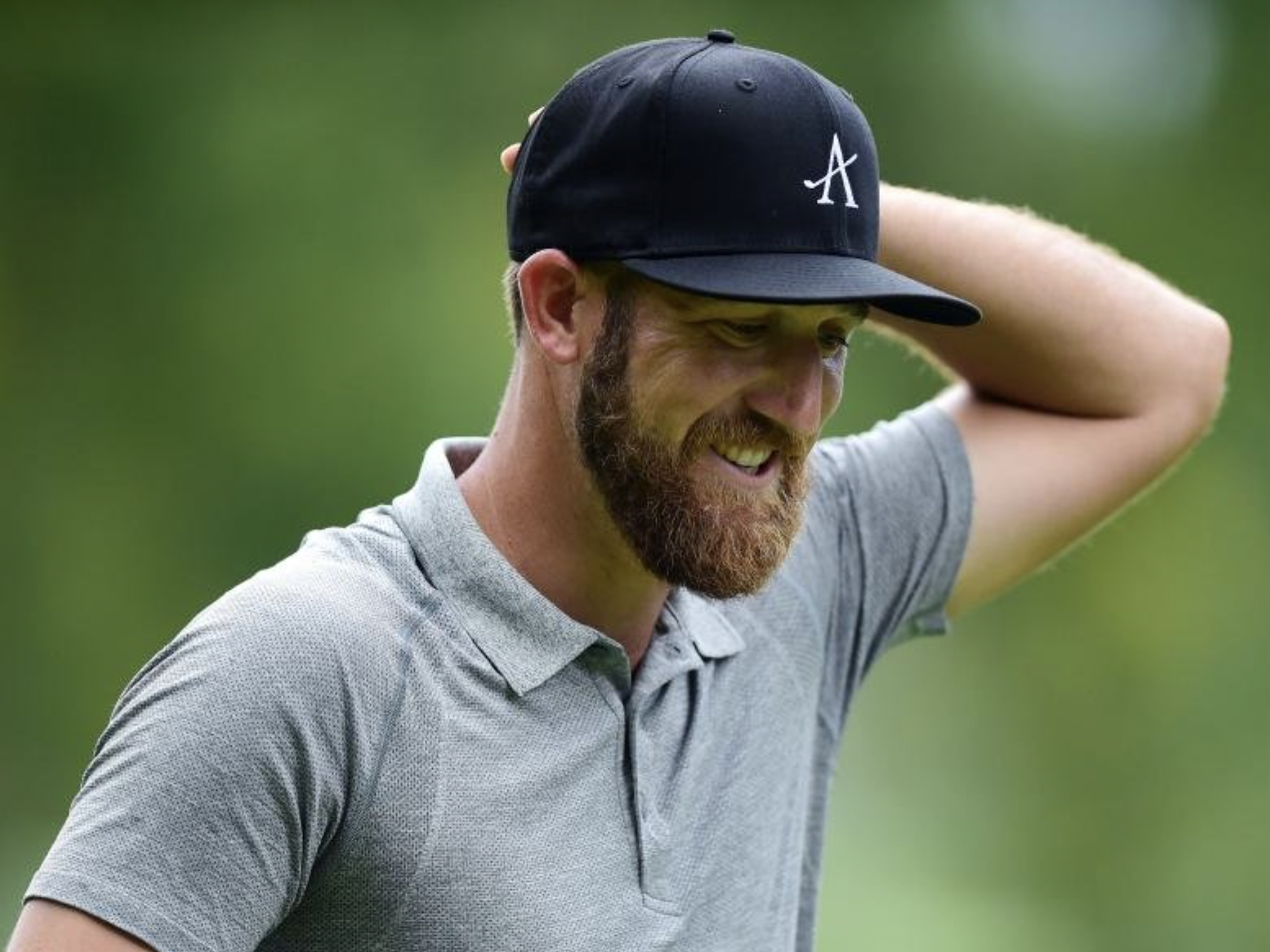 Golf rules can be incredibly tedious.

However, an intense knowledge of the rules, sub-rules and decisions can often pay dividends, especially if a player doesn’t entirely agree with an on-course official.

Kevin Chappell, currently on a medical exemption and with potentially only a handful of events away from retirement, showed at the Sony Open that there is nothing like an experienced head to get the best out of a round.

After opening with a 63, the 35-year-old wasn’t able to keep pace with the low scoring that occurred for the next three days but showed during the third round that he will never leave a shot out there because of the rule book.

On the 9th hole, the two-time winner had already taken relief from a cart path after an errant tee shot and asked for a similar ruling as he approached the destination of his approach – an almost bare patch in chipping distance from the hole.

After the rules official, Ken Tackett, had refused the initial plea for ground-under-repair, Chappell then asked, ”What about the cart tracks?” and received the same shake of the head.

In went Chappell again. He took another stance and asked, ”That’s not casual water?” Tackett viewed the stance from behind and for the third time refused relief.

”Can you look on the side here?” requested the player, and the official moved just in front of the player, this time allowing not only relief from casual water but also allowing Chappell to lift and clean his ball.

Of course, he then chipped to under seven feet and holed the birdie putt.

If at first you don’t succeed, know your rules and keep going.