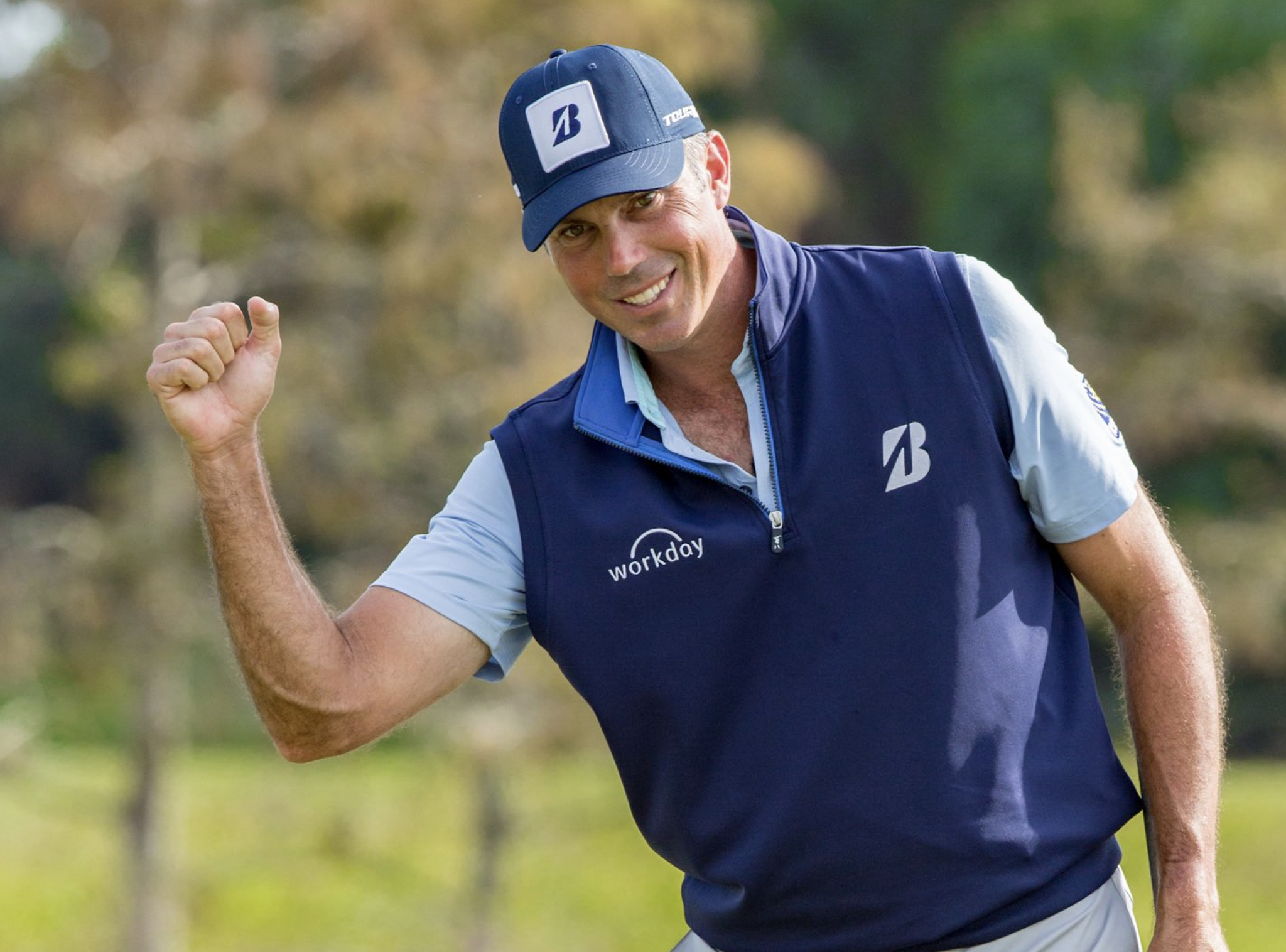 A nice result for this column as both Adam Long and Aaron Rai landed top-20 bets last week in Houston, but we want more!

As always, this column stays away from the win element of the market, well covered by Matt Vincenzi, looking for those prop bets that keep giving small profits each week and allowing you to back Matt’s selections!

Matt Vincenzi makes a cracking case for the 43-year-old here, and I’ll row along.

Whilst the odds for a top-10 finish seem very fair, I’ll take a safer punt that the wily veteran can continue recent progressive form of 22/35/36 and finish a couple of places higher than in Mexico.

No secrets to Kooch; he will likely plod his way around finding fairways and greens and finish somewhere a few shots behind the winner. He loves a short Bermuda track; the course screams ‘Matt Kuchar’ (thanks, Matt V), and the windier it gets, the more his one-paced effort will prove the most lucrative method.

I’m in with the Irishman again this week as one missed cut doth not make a bad player.

Before what was an admittedly poor Houston Open, the world number 89 (from 429 at the turn of the year) had 32 rounds in the 60s in his past 48 completed efforts, and last Thursday’s 75 was his first over 72 over the same period.

17th in scrambling off a top-10 for greens in Mexico followed 13th and 12th for the same sectors in Bermuda, and he ranks top-30 for the tour in par-fours over a twelve-week period.

Tied-sixth in 2019 at the RBC Heritage, a course with similar characteristics, reads much better than the four consecutive missed-cuts here but neither were awful tournaments, with at least a round of 69 or less at each running.

My figures make him somewhere between 15-20 for the week, so I’ll take the chance he finds another shot a round and lands a place on the front page.

The 26-year-old Englishman has, in four short years, gone from the best player on the Challenge Tour to a two-time winner on the European Tour, and now he’s settling in as a PGA player.

As fastidious as anyone in his approach to each shot, Rai’s modus operandi is to keep it tidy around short courses and allow his excellent accuracy and steel to launch himself up the board.

Determined winner over Tommy Fleetwood at the Scottish Open in 2020, he really should have been looking at a back-to-back record having been gazumped by John Catlin (final round 64) in the Irish equivalent just seven days previous.

Whilst there is little wrong with a settling-in 26th at St.Jude last August, perhaps his runner-up finish in Idaho was a more telling sign that he had plenty more to offer.

Recent efforts are very progressive, a pair of top-20 finishes in Texas and Mexico highlighting the excellent approach and short game he is known for on this side of the pond. This course will suit down to the ground if it blows a bit over the weekend, but when you are offered just +1400 about a non-winner up front, surely notice must be taken of an improving proven winner at seven times the price.

I’m not opposed to backing Slovakia’s number one in any market this week, but with a course record that reads seven starts, six cuts made and finishes of 12th, 22nd and 27th he’s worth the higher stakes in the specialist markets.

Sabba’s record shows where he plays best with wins at the Honda, at Colonial and the Byron Nelson reading well enough without the high finishes at the Sony in Hawaii. This season he’s been his usual in-and-out but the flying finish at the Olympics spurred on a following top-10 at Sedgefield (see Webb Simpson et al for correlative form) and a third-place at the Shriner’s.

That latest effort may skew his figures, but he ranks third for scrambling and fifth in par-four performance over the past three months, factors that appear highly relevant when studying the stats over the past five years.

This field is no harder than any of those three good efforts since August and whilst hard to predict, we are getting good rewards for him to perform again. 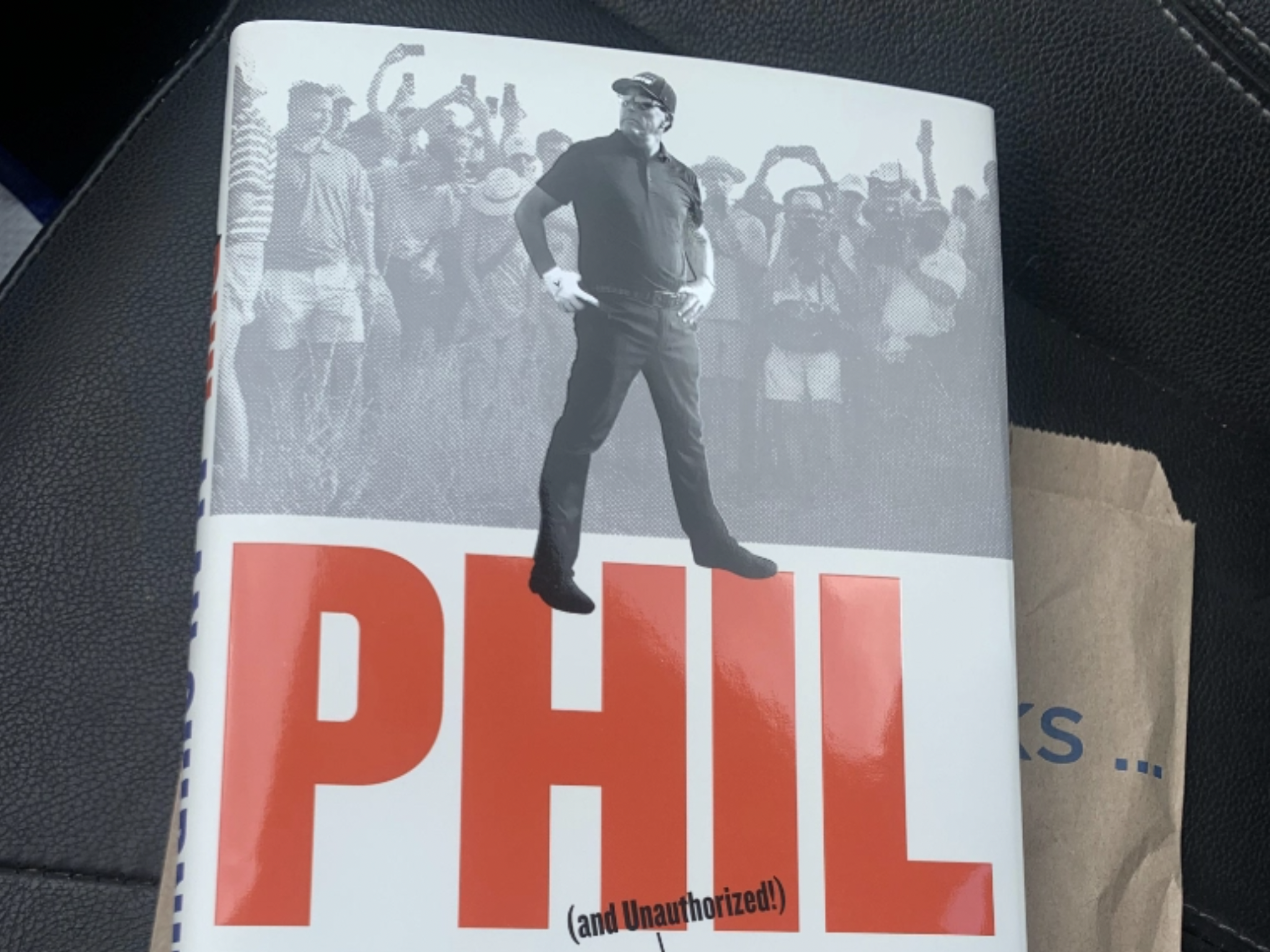 He may not be teeing it up at Southern Hills this week to defend his title, but Phil Mickelson is still creating plenty of buzz ahead of the second major of the year.

This week, the 2002 PGA Champion Rich Beem has revealed that he wants nothing to do with Alan Shipnuck, author of the just-released unauthorised biography of Phil Mickelson.

In an interview with BoyleSports Golf Betting and GolfMagic, the now Sky Sports analyst revealed he had “enough of the sensationalism” of how the writer approached his work on the 2021 book, ‘Bud, Sweat & Tees’, a publication featuring ‘Rich Beem’s Walk on the Wild Side of the PGA Tour’.

In the book, Shipnuck covered Beem’s rookie year alongside caddie Steve Duplantis, but the 51-year-old says that, “Even though he wrote that book, just so you know, you and I got paid the same amount for that book. After he wrote the book, we remained fairly friendly and then it got to the point where I’d had enough of the sensationalism of how he wrote it.”

Explaining why he is “not a fan,” of the author, Beem said, “I don’t trust him and if I don’t trust you, then I don’t really want to have anything to do with you. I think the one thing I base my friendships on and on who I want to talk to is ‘do I trust them?’ I don’t trust Alan. It’s nothing personal, I just don’t trust what he writes.”

“I think that he tries to sensationalist everything, but that’s just my personal opinion. Some folks love what he has to say, so it’s all good.”

In previously released excerpts from Shipnuck’s latest publication, ‘Phil. The Rip-roaring (unauthorized) Biography of Golf’s Most Colorful Superstar’, the 2021 PGA winner created huge controversy as he revealed his thoughts on Saudi Arabia, the planned golf league and the effect on the PGA Tour. Since then, Mickelson has been in exile, entering this week’s PGA Championship at Southern Hills, before pulling out just a few days ago.

In the interview, Beem expressed his surprise that Mickelson took so long to withdraw from the second major of the year and hopes that he doesn’t commit to the first LIV event at the Centurion Club in two weeks’ time.

“I was surprised he (Mickelson) was even on the list. I was surprised it got as close as it did. If you look at everything surrounding Phil, and especially with that book coming out, I think that’s a pretty damning book and I think that anybody wouldn’t want to be around.” Beem said.

“It’s not going to disappear – I was surprised to see him commit to it (the US PGA). When he stepped away from the game for personal reasons, you need to make sure that you get everything sorted out on your planet before you come back to play golf.”

Beem showed some sympathy for Mickelson’ current plight: “This isn’t a place to come and get away from it all, especially if you’re Phil Mickelson, because the media is just going to roast him and ask him some pretty hard questions and he’s going to have to produce some pretty tough answers.”

“I don’t know when he’ll be back and I’ll be honest, I really hope it’s not over at Centurion for the first LIV Golf Series event. If it is, then that’s the path that he chooses.”

He added, “The PGA Tour has been really good to him over the years. If he decides to go down the LIV Series route then that’s what he chooses. But I don’t think coming back to a major championship and having to face the press about everything that’s gone on would’ve been a great move in the first place.

“If he is truly going there (Centurion), let’s face it it’s for the money. There’s no reason why anyone who has accomplished what he has in the game should have to go there, unless he either needs or wants the money.”

“I don’t get it, but if that’s where he’s going to go and hang his hat, then I wish him the best of luck and we probably won’t see him play for a while. Who knows when we’ll see him play next, whether it be a US Open or an Open Championship.” 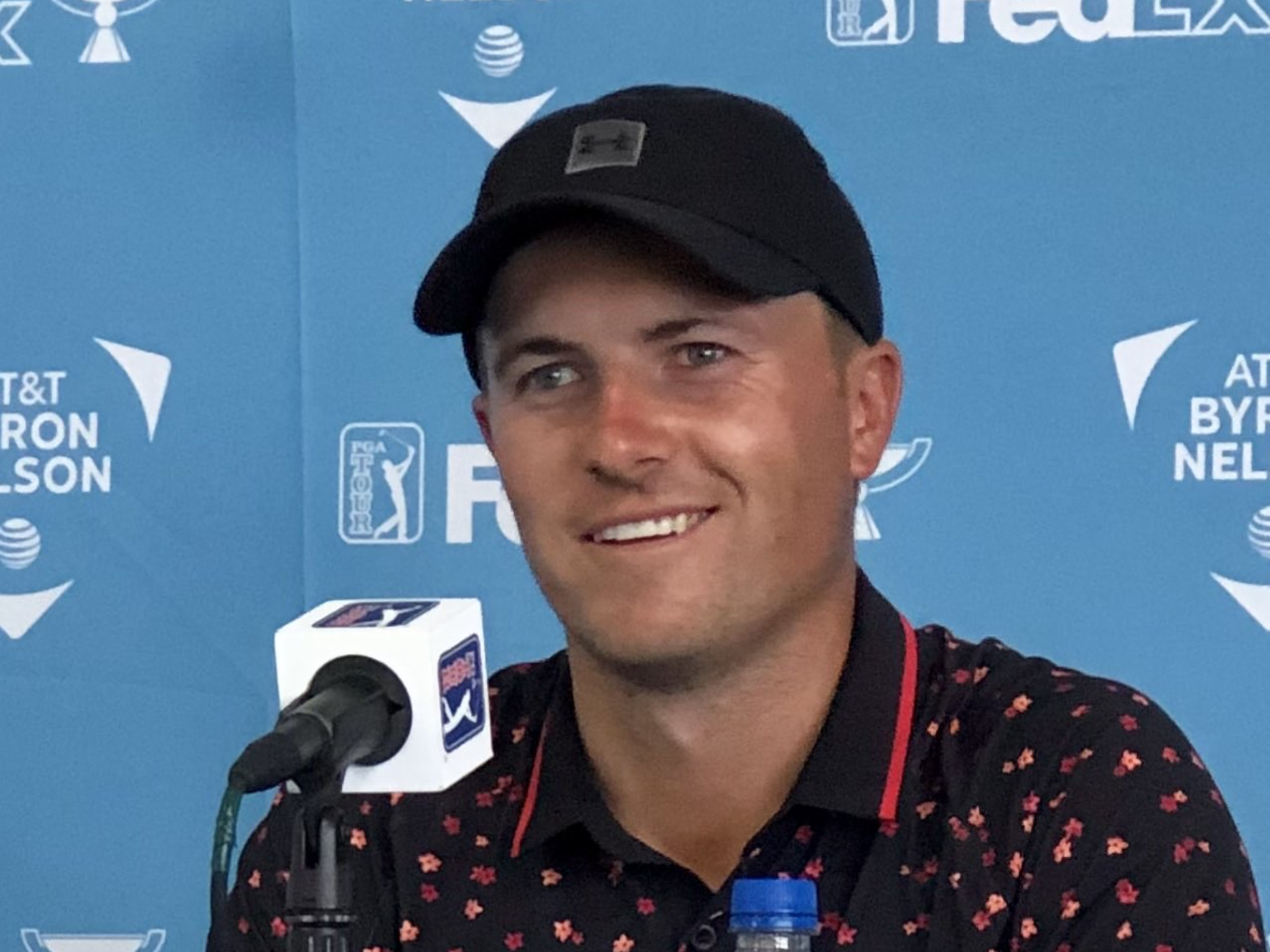 Bookmakers’ directory, Bookmakers.com, has recently revealed a list of the most trolled professional golfers on social media – with some surprising results.

With the PiP having encouraged even more social media interaction, it’s of little surprise that some of the biggest names have been victims of online abuse, with the site calculating the amount of positive versus negative posts received.

Rory McIlroy, Jordan Spieth and Justin Thomas, all within the world’s top-10 ranked players, are quoted as receiving large amounts of trolling, but after a year of online spats (particularly with Bryson DeChambeau) Brooks Koepka is reported to have received around 77,500 positive comments and 18,000 negative remarks.

Those figures, however, put the four-time major champion in second place behind current world number two, Jon Rahm, who is said to be ‘the most-trolled player, with almost 20,000 negative posts compared to just over 30,000 positive ones.’

On a happier note, world number 20 and two-time PGA Tour winner Sungjae Im is said to have a ratio of around 15:1, his 3000 positive comments received far outweighing the 200 negative. 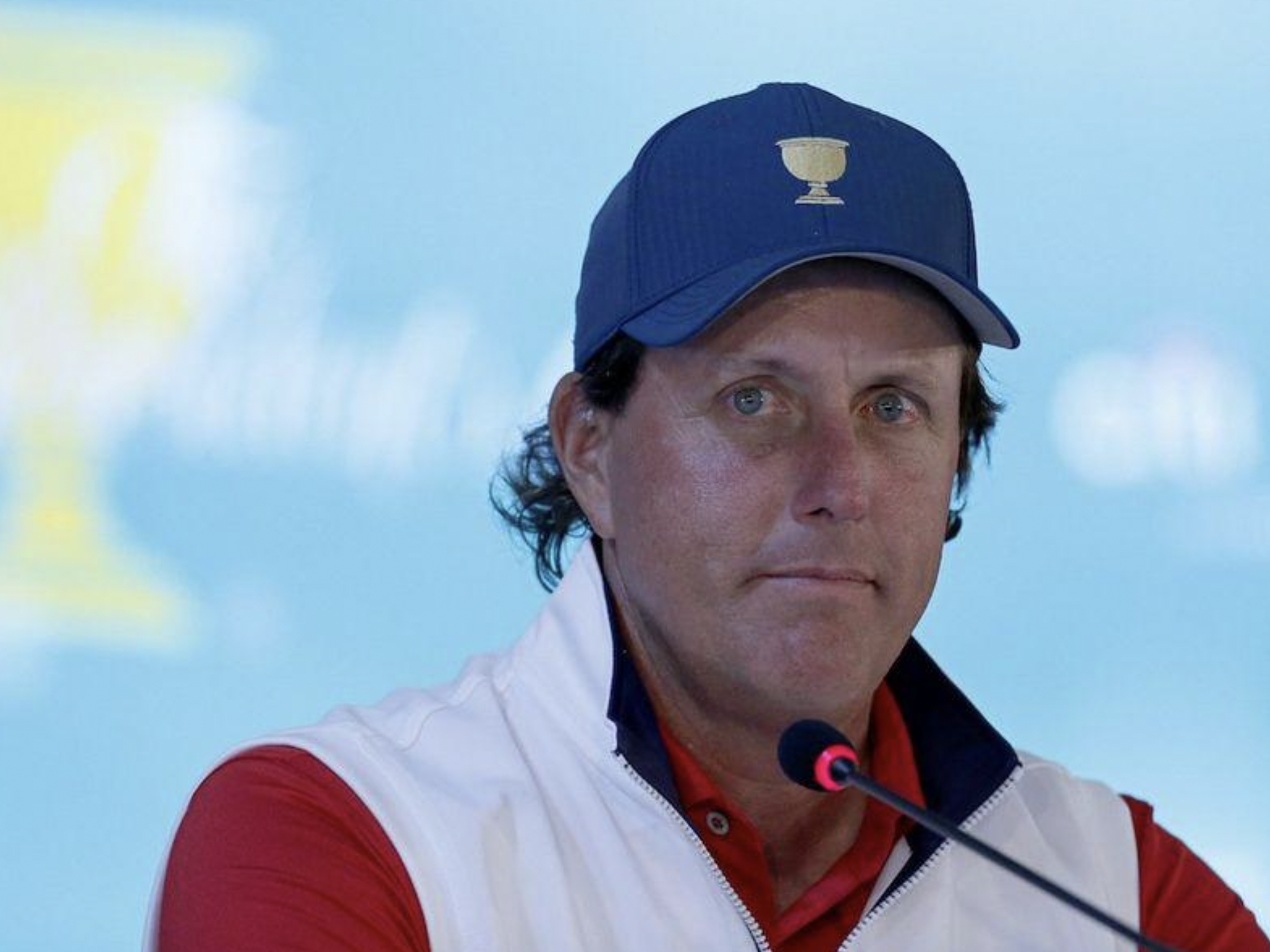 A few weeks ago, an excerpt from Alan Shipnuck’s new book titled: “PHIL: The Rip-Roaring (Unauthorized) Biography of Golf’s Most Colorful Superstar” was released.

Many were shocked to learn that Mickelson reportedly lost $40 million from gambling throughout the prime years of his career, according to Shipnuck.

Ahead of next week’s release of the book, the author has released an excerpt to  The Times of London which discusses how gambling affected Lefty during the course of his career.

The article shockingly states that Mickelson “more concerned” with checking the box scores and “covering the spread” while he was playing in tournaments.

Steve Flesch, who was paired with Mickelson on a Sunday during the Hyundai Team Matches, told Shipnuck that every hole Mickelson “was checking like a beeper or something.”

“He could not have cared any less about what we were doing on the golf course. He was definitely more concerned about who was winning the football games and who was covering the spread.”

Tom Lehman also had a similar story for the book. He told Shipnuck that Mickelson was checking scores football during the Presidents Cup in 2000.

The United States won the Presidents Cup handedly that year, but Mickelson had little to do with it.

Lehman was paired with Phil and their opponents were Mike Weir and Steve Elkington.

“On the ninth hole he buries it in the front bunker and is out of the hole again. He walks way back into the trees and is sitting on a stump with his back to everybody and his head down.

“I think he’s giving himself a pep talk, so I go over there to try to make him feel better and he’s got his phone out and he’s checking the football scores.”

Mickelson’s downward spiral since he made comments about the PGA Tour’s “obnoxious greed” has been fast and furious. His withdrawal from this week’s PGA Championship is more evidence that all of the bad publicity is having a severe impact on the 51-year-old.