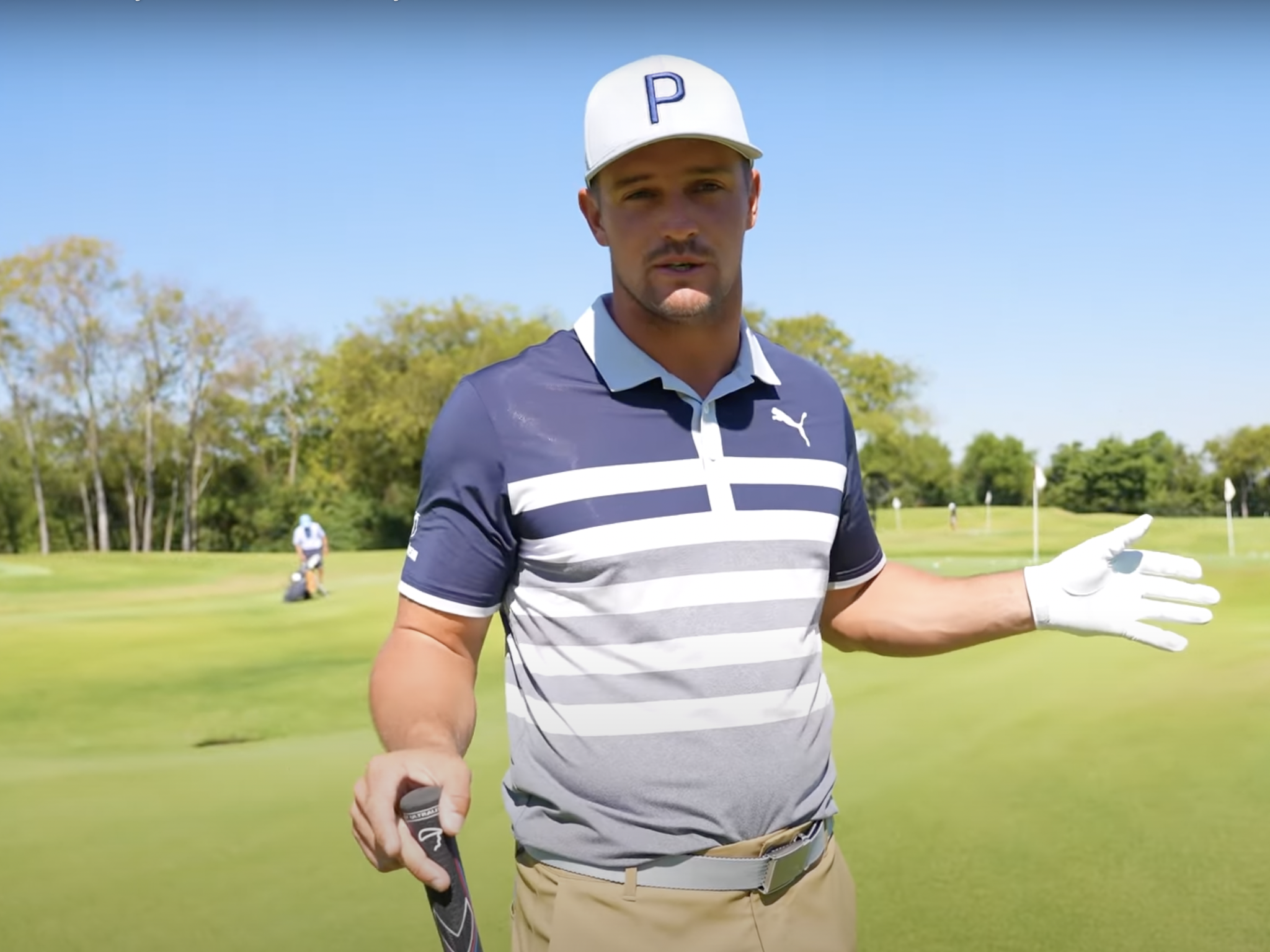 Bryson DeChambeau may be known for his monster hitting, but you don’t win eight times on the PGA Tour, including a U.S. Open, without a very proficient short game.

In his latest video on his YouTube channel, the 28-year-old revealed what he practices when warming up his short game and how it can help improve your game. Here’s a breakdown of Bryson’s prep, but make sure to check out the video below for all his key nuggets.

To begin, Bryson will practice his miniature chips to ensure his “radius control” is on point. Radius control he describes as “everything in wedging,” including using the bounce and ensuring the proper closure at impact. (1:10)

For these drills, DeChambeau keeps his left arm straight and moves his body to where he’s picking the ball, which he says is similar to taking a broom and sweeping. The Californian calls it the “pick and roll,” which produces a low draw, and explains how most people’s issues with chipping tend to come from their overuse of the wrist. (1:27)

DeChambeau will then begin to open up the face, and when it comes to the flop shot, Bryson says the key is “not losing that face-loft control.” He then demonstrates how opening up the face more through the swing will lead to the ball coming out short and dead. (2:30)

A square chip shot (face slightly closed, slight draw chip), a bump and run, and a flop shot will “take care of pretty much any shot on the golf course,” according to Bryson.

From a good lie, DeChambeau will choke down slightly on the club and try and pick the ball. From a medium lie, he will check how much grass is behind the ball to gauge how hard to hit it. Then for the shot, he opens the clubface so it won’t come out too hot.

For a chip from a bad lie, Bryson stresses the importance of getting the heel of the club into the ground so he can dig the ball out, and he describes the shot as almost like a bunker shot. (3:50)

For his stock bunker shot, Bryson shows how he sets up almost square (slight degree or two open), and like a shot from the rough, he’ll dig the heel in. Feeling like he’s hitting a little cut, Bryson will then hit “2-3 inches behind the ball.” (5:40)

The reason why you sometimes see pros shank the ball from bunkers? Per Bryson, it’s because impact from the bunker is “super close to the hosel” on the club, and the ball then naturally goes from heel to toe for the stock sand shot. (6:19) 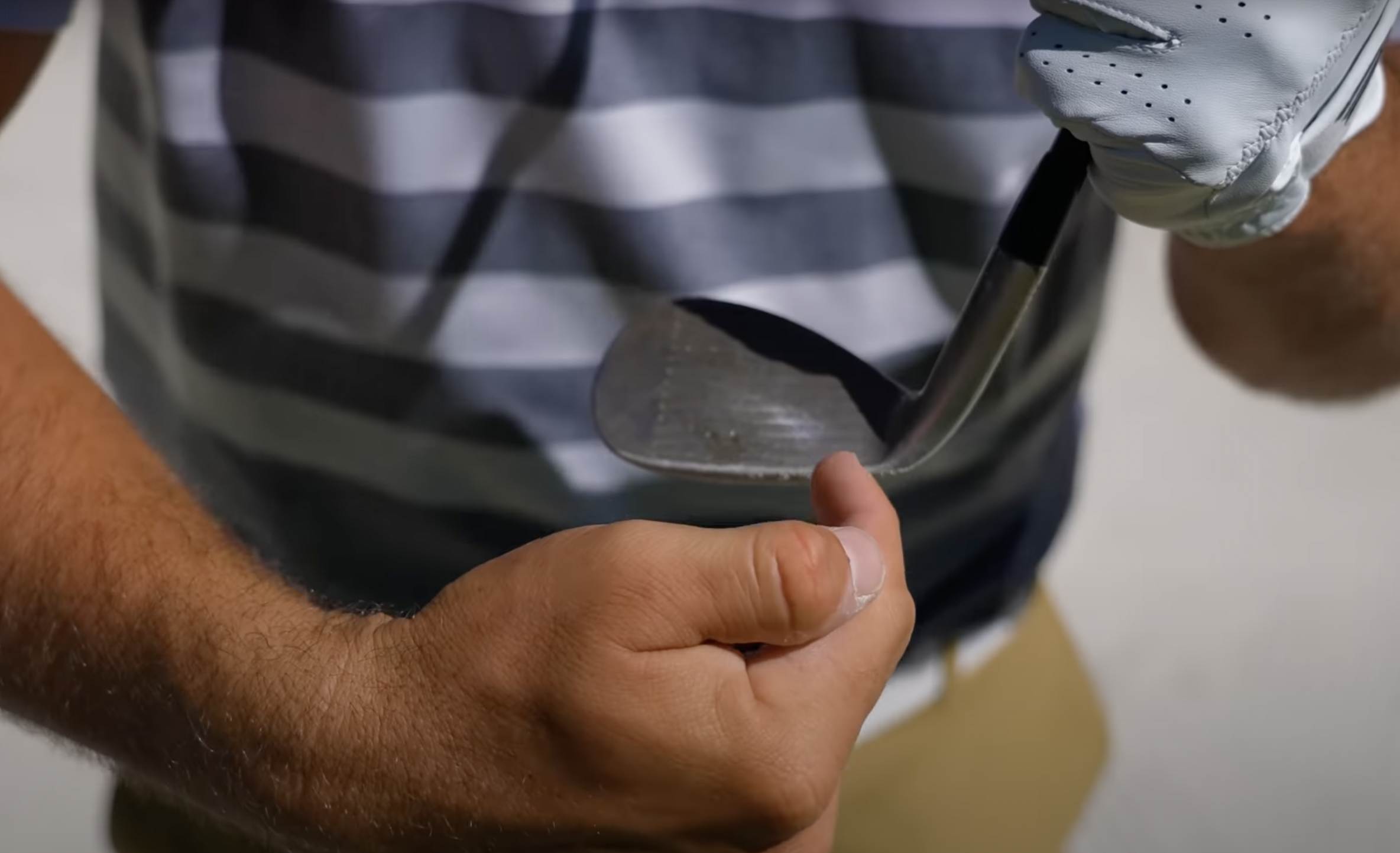 Another option, which Bryson demonstrates in the video, is to aim to hit the ball towards the toe, which is done by opening the face and hitting “more up on it.” Per the 2020 U.S. Open champion, knowing where you’re striking the ball on the face of the club is crucial to understanding the different trajectories you can utilize from the sand. (6:50)

For an uphill bunker shot, Bryson revealed that contrary to what a lot of amateurs try to do, it’s not necessary to hit the ball harder. DeChambeau reveals the secret to the shot is to “level yourself to the slope” by tilting yourself to be in line with the bunker. (8:40)

From plugged lies, Bryson says that if uphill, the shot is far easier than many think. The 28-year-old says the problem is that people try and hit the ball too hard, and with no spin, the ball runs forever. Bryson’s secret is to put the “heel underneath” and treat it like “a little chip shot” for a much softer and effective result. (8:54) 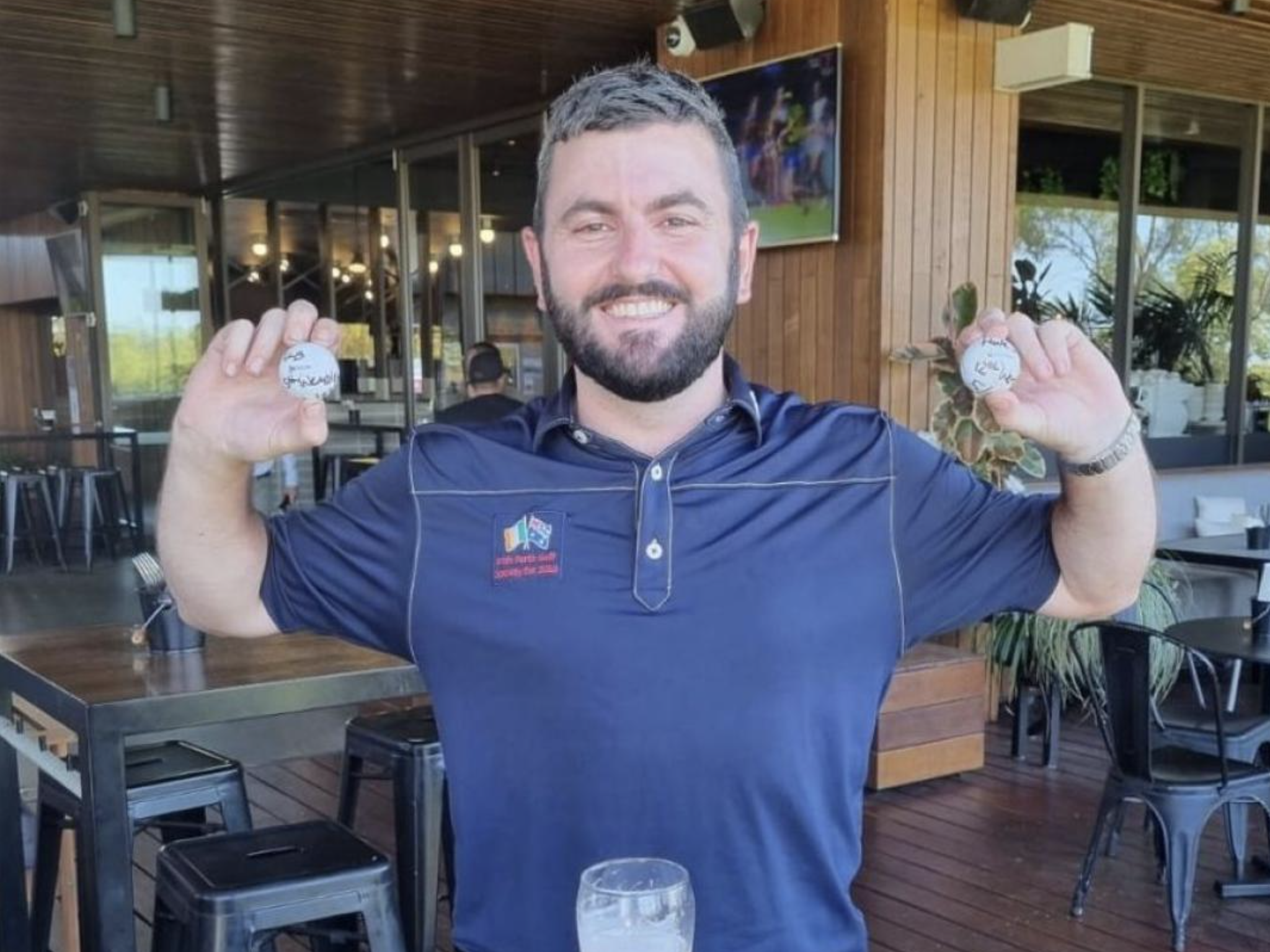 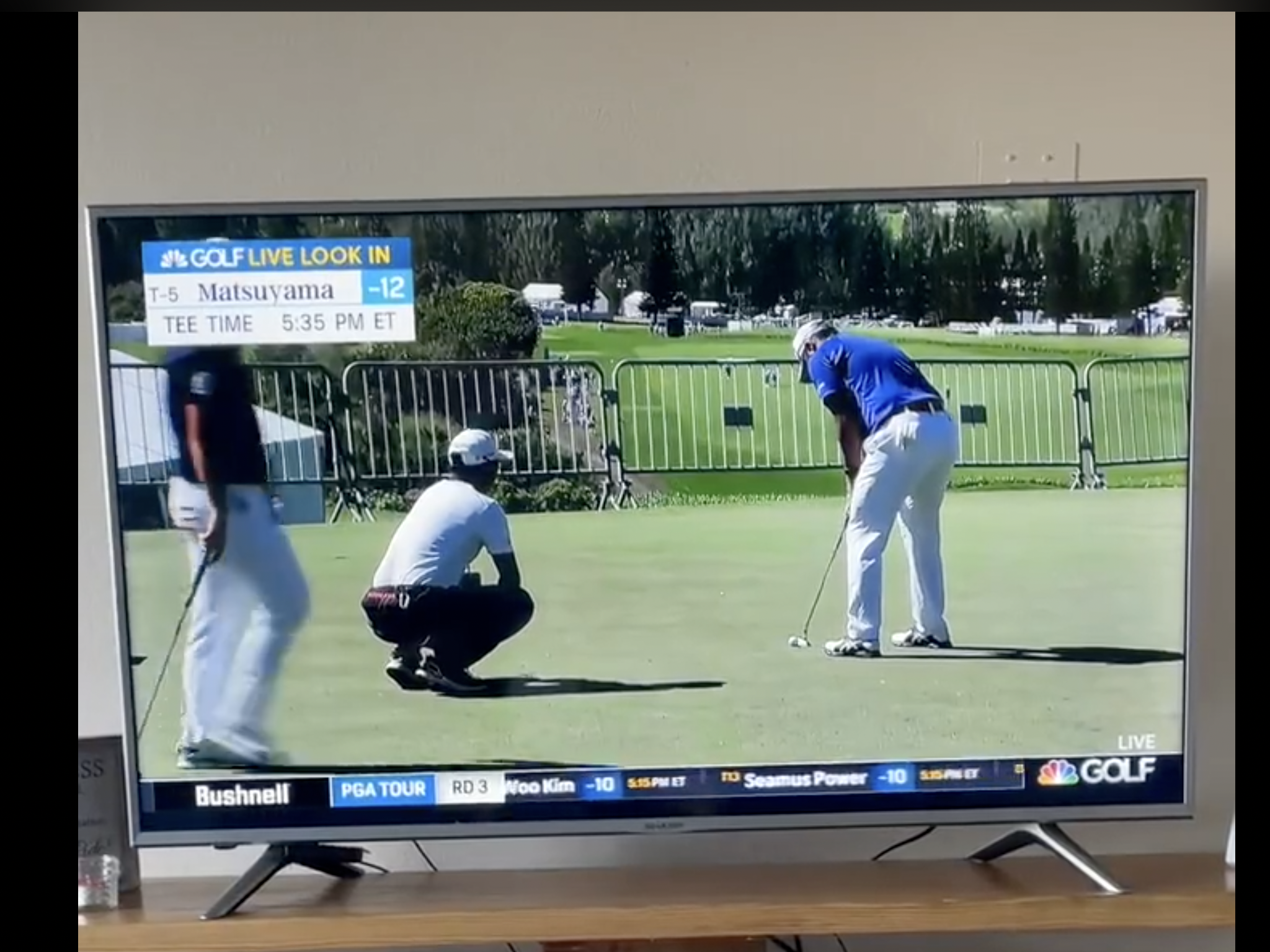 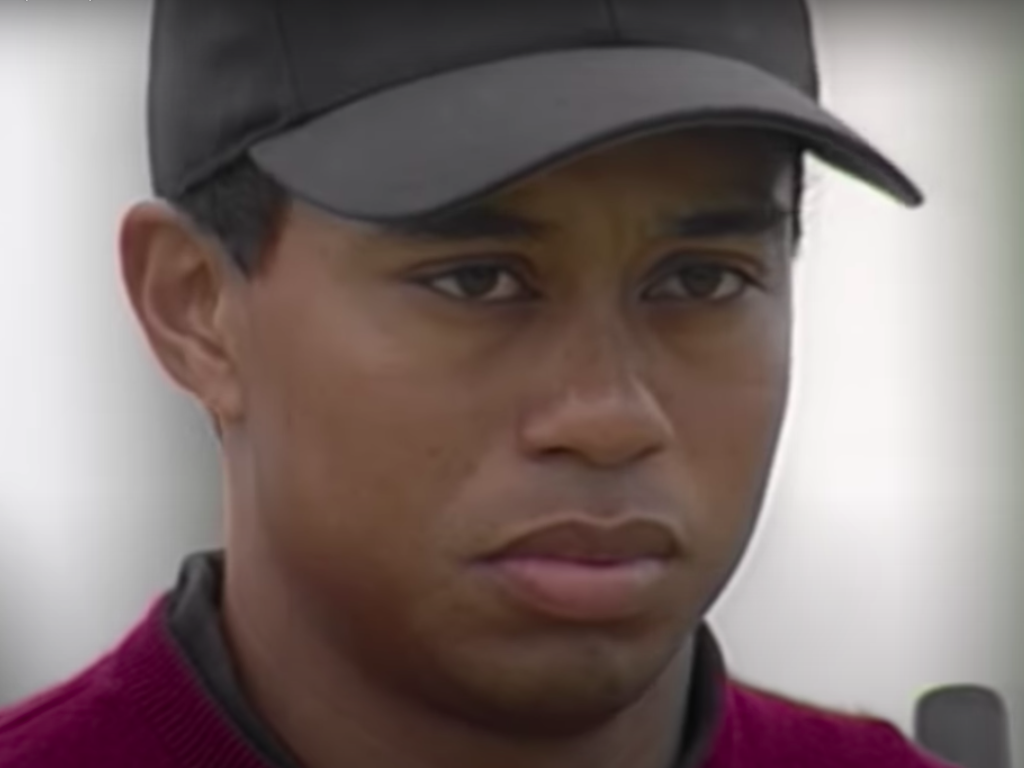