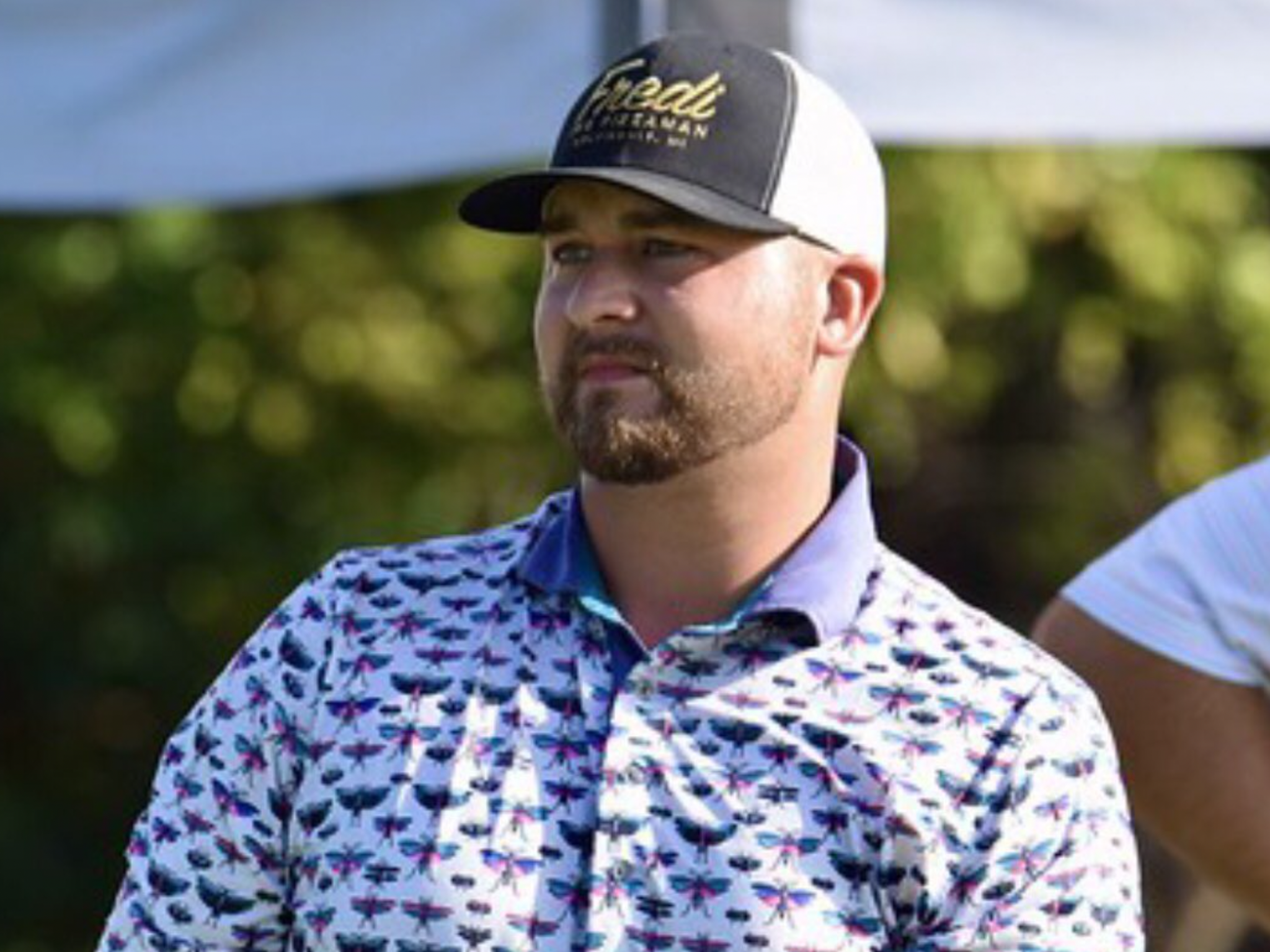 In the final round of the Saturday’s Colbert Charity Classic, an All Pro Tour event, Brett White was disqualified for one of the most bizarre rules infractions we have seen in awhile.

As reported by Ryan French of the Fire Pit Collective, White was disqualified for having his rangefinder in “slope mode,” which is apparently in violation of Rule 4.3 of the Rules of Golf. White explained the situation on Twitter after the round.

On the 3rd tee box during round 4 my playing partners noticed my rangefinder clicked on slope mode. I did not notice it was on until after my fourth shot. While it was a complete accident, intent in this situation does not matter and I was DQ’d. Tough pill to swallow.

White said it best, certainly a “tough pill to swallow.” 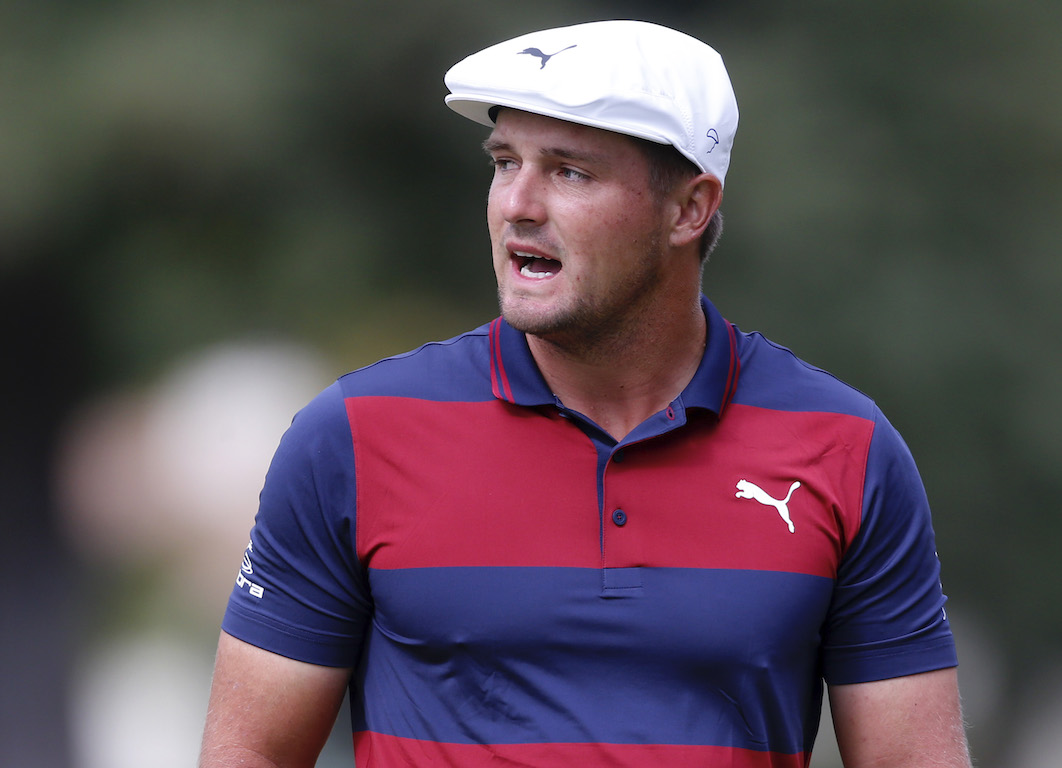 In a Tuesday press conference ahead of this week’s Tour Championship at East Lake Golf Club in Atlanta, Georgia, PGA Tour commissioner addressed the heckling issue that has come to plague world number-six Bryson DeChambeau over recent weeks.

Monahan stated that disruptive or harassing behavior by patrons would no longer by tolerated and could result in immediate expulsion from the property.

“By coming to a PGA Tour event, you’re expected to contribute to a welcoming and safe environment by refraining from and reporting any unsafe, disruptive or harassing behavior. Comments or gestures that undermine the inclusive and welcoming nature of the game will not be tolerated, nor will any harassment of players, caddies, volunteers, officials, staff or other spectators,” Monahan said at the start of the press conference.

The commissioner went onto specify that calling Bryson DeChambeau “Brooksy” certainly qualifies as the disruptive and harassing behavior that has been deemed as grounds for removal from the tournament.

Monahan elaborated on the decision, “The reason I say yes is, the barometer that we are all using is the word ‘respect,’ and to me, when you hear ‘Brooksy’ yelled or you hear any expression yelled, the question is: Is that respectful or disrespectful? That has been going on for an extended period of time. To me, at this point, it’s disrespectful, and that’s the kind of behavior that we’re not going to tolerate going forward.”

Monahan concluded that this decision was part of a larger plan to update the fan conduct policy, an endeavor the Tour has been working on since the start of 2020, but was delayed because of the COVID-19 pandemic. 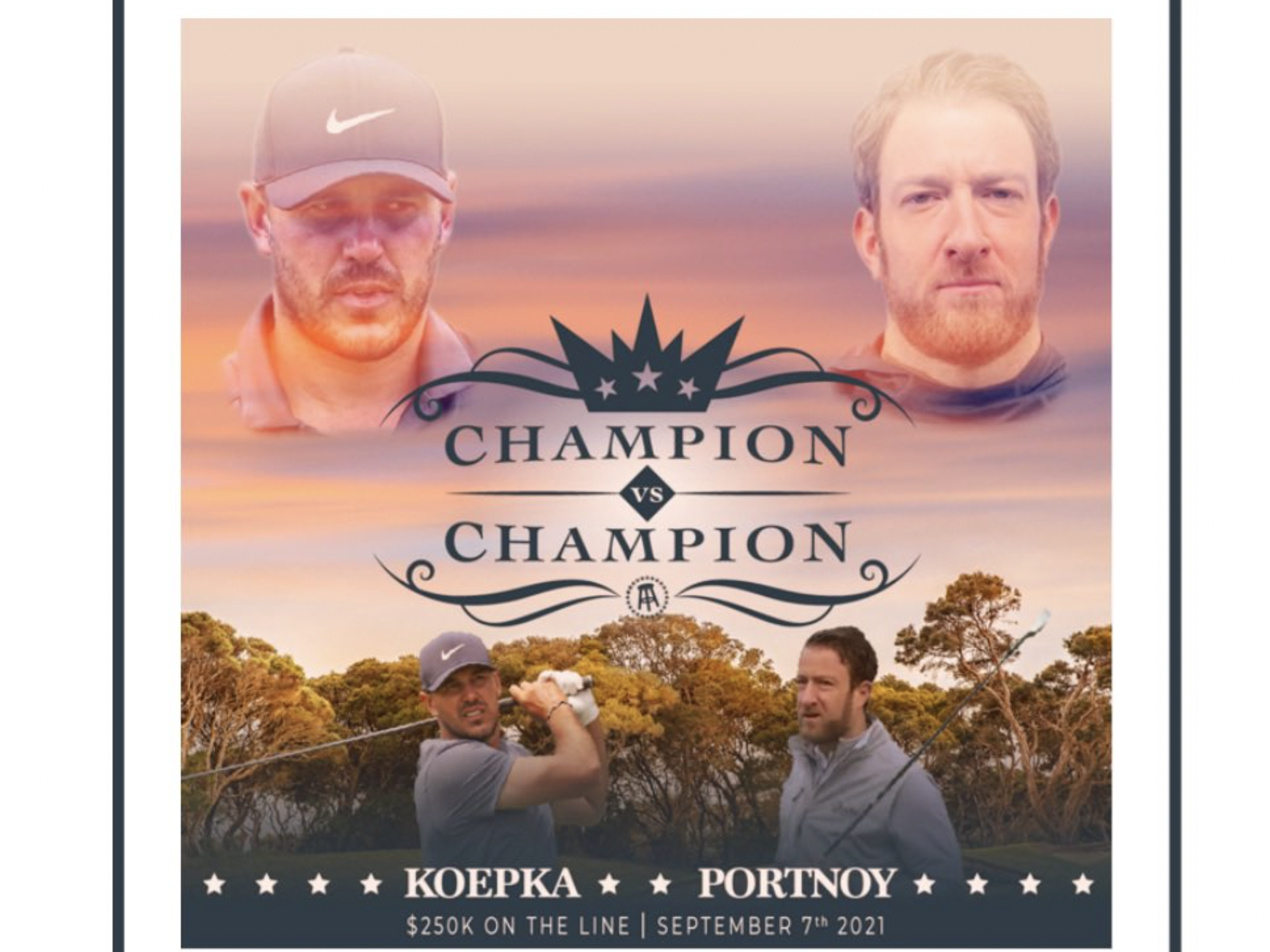 We are officially only a week away from the Dave Portnoy vs. Brooks Koepka “Champion vs. Champion” charity golf match. More details about the match continue to be revealed as we approach the date.

Last week it was announced that the four-time major champion and President of Barstool Sports will be squaring off at Liberty National Golf Club, recent host course of the Northern Trust just a few weeks ago. Earlier today, Portnoy took to social media to elaborate on how one can obtain tickets to the match.

Lots of people asking how to attend me vs Brooks in person at Liberty National. It is limited capacity. Here is how https://t.co/DJBdGXRAYd pic.twitter.com/JXKIu4MCLp

According to Portnoy, only 1,000 people are getting into the event. To be one of the lucky thousand, just go to Barstool sportsbook OPT-IN, place a single 1,000 dollar wager on any -200 or longer bet available on BarstoolSportsbook.com between 9:00 A.M ET on 8/28 and midnight ET on 9/3.

At the end of the promotion, the first 450 players who placed a $1,000 bet that settled will win the opportunity for them and a guest to attend the event. As of now, no other ticketing information has been revealed. 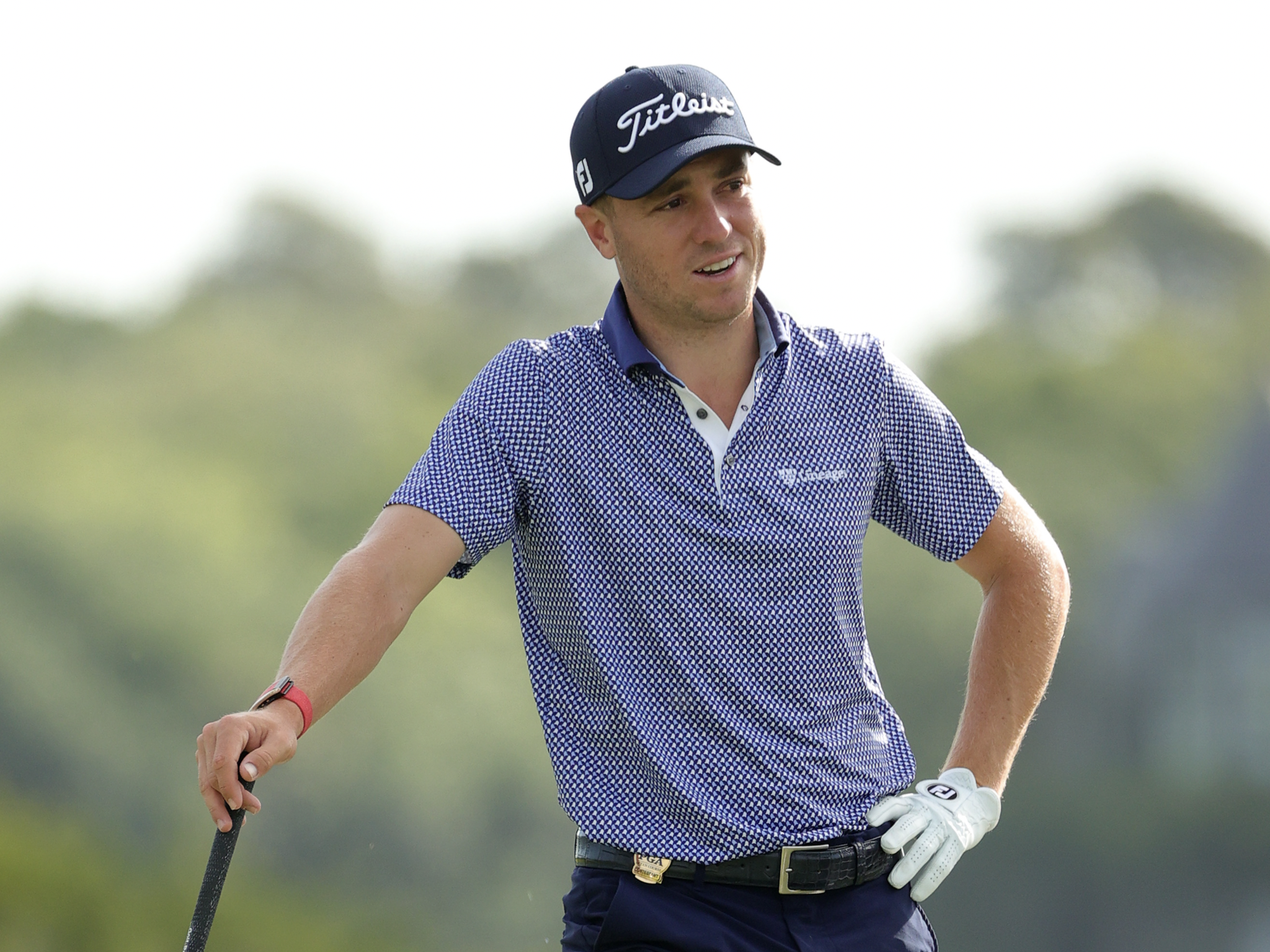 Welcome to a new installment of betting tips from staff writer and host of the Inside Golf Podcast, Andy Lack.

The PGA Tour travels to Atlanta, Georgia, this week for the Tour Championship, the final event of the FedEx Cup playoffs. Only the top-30 players in the FedEx Cup standings will be in attendance at East Lake Golf Club, and all will be competing for the FedEx Cup trophy and the top prize of $15 million dollars.

While this is an incredibly compelling week from a viewing standpoint, it does present an interesting proposition for those inclined to gamble on it. Beginning in 2019, this event switched to a staggered scoring format to eliminate the confusion of two potential winners for the Tour Championship and the FedEx Cup title. Patrick Cantlay, who is in first place after his victory last week at the BMW, will begin the tournament at 10-under par. Tony Finau, the number two ranked player, will begin at eight-under par, and so on until we reach the 30th ranked player, who will begin at even par.

Because of this new format, there are two separate ways to bet this tournament. Option number one is to bet the “with starting strokes” market, and option number two is to bet which player will simply have the lowest 72 hole score, regardless of their starting position. I am choosing to attack the latter, as I have quite simply found so much more value in that market, even it means a confusing and potentially anti-climactic sweat.

In two of the past three weeks, this column has had a player at over 30/1, give up a multiple stroke lead on the back nine on Sunday, and miss a putt (multiple in Bryson’s case) to win the tournament. I am referring to Russell Henley at the Wyndham and Bryson DeChambeau last week at the BMW. Both were heartbreaking losses, as DeChambeau specifically lipped out multiple winning putts in an agonizing six-hole playoff. Hopefully readers were able to take advantage of a hedging opportunity with Patrick Cantlay and still walk away with a profit.

We have had the leaderboard peppered over the past couple of weeks. I’m confident that if we continue to put ourselves in position, the cards are bound to fall in our favor one of these Sundays. Let’s dig into my outright selections for the TOUR Championship.

While Justin Thomas has indubitably under-performed since his March victory at the Players Championship, his game is quietly trending in the right direction. Thomas has gained over two strokes on approach in three consecutive starts. After a less than stellar approach run during the summer, the 14-time PGA Tour winner’s irons are definitively back. An improved approach game is far from the only reason I have interest in Thomas this week. Over his last 36 rounds, the University of Alabama product also ranks ninth in strokes gained off the tee, seventh in strokes gained around the green, second in scrambling, and sixth in bogey avoidance, out of all players in this field. Thomas’ off the tee metrics have been steadily improving, and he remains extremely underrated at manufacturing pars and avoiding big numbers in more difficult conditions.

In five appearances at East Lake, Justin Thomas has two runner-ups and no finish worse than seventh. This is far from a surprise, as the University of Alabama product has always performed admirably in the Southeast, and six of his 14 PGA Tour wins have come on Bermuda-grass greens. He’s been clawing at a win here for five straight years, and while a six-stroke disadvantage on Patrick Cantlay might be too steep of a hill to climb, I expect him to outpace the field on the shadow leaderboard.

From a pure course fit standpoint, only Jon Rahm rated out better here for me than Louis Oosthuizen. While Rahm feels the most likely candidate to be crowned FedEx Cup champion this week, all value has been sucked out of Rahm due to his strong recent form. Instead, I will gladly take my chances on a more under-the-radar Louis Oosthuizen. Some of the shine appears to be off the South African following his withdrawal from the Northern Trust and a 38th-place finish at the BMW, but we are still talking about a player who has recorded four top-fives in his last eight starts.

The nine-time European Tour winner ranks in the top ten in nine of the ten key metrics I am measuring this week. Not even Jon Rahm can boast more than seven. It is such a well-rounded skill set that leads me to believe that Oosthuizen is primed for a low one this week. Over his last 36 rounds, the former Open Championship winner ranks sixth in greens in regulation gained, ninth in fairways gained, fourth in scrambling, and first in bogey avoidance. He has performed admirably at TPC Southwind and Innisbrook, and every time he has had a go at Bermuda-grass greens this year, he’s putted beautifully. Oosthuizen has had lower odds to win majors this year. 27/1 on the eighth-ranked player in the world to shoot a lower score than 29 of his peers feels more than fair.

Viktor Hovland is another player that seems to have lost a little bit of his shine from earlier in the summer. In fairness, a 36th at the WGC – FedEx St. Jude, a 43rd at the Northern Trust, and 17th at the BMW have been nothing to write home about, but Hovland’s ball-striking has remained elite. He simply hasn’t been able to buy a putt over these last three weeks. With that being said, a return to Bermuda-grass greens might be just what the doctored for the young Norwegian, as two of Hovland’s three best putting performances of the season have come on Bermuda.

While the Oklahoma State product has only played East Lake once, his game fits this course to a tee. Over his last 36 rounds, Hovland ranks fourth in strokes gained off the tee, sixth in fairways gained, tenth in bogey avoidance, and third in proximity from 200 yards plus. Hovland is currently one of the best total drivers in the game right now, and despite his overwhelming length, he is also extremely accurate. We’ve seen Rory McIlroy, Xander Schauffele, and Dustin Johnson decimate this course with their driver in recent years. Hovland feels primed for a similar result.

The problem with Conners is always the same, can he make enough putts to win a tournament? While he has struggled with the flat-stick recently, lest we forget that earlier this season, Conners had a run of four consecutive measured events where he gained over two strokes putting. Those all came on Bermuda-grass greens, his preferred surface by a healthy margin.

With a starting score of -1, Conners is likely out of the picture to win the FedEx Cup. With that being said, I do believe he presents the most upside to make his way up the leaderboard based on his elite tee-to-green skillset. 2020-2021 was a breakout season for Conners, where four top-20 finishes at the majors, as well as a seventh-place finish at the Players, displayed a player who was a worthy competitor to the world’s best. A strong performance at East Lake would be a perfect capstone on an impressive season from the ball-striking maven. 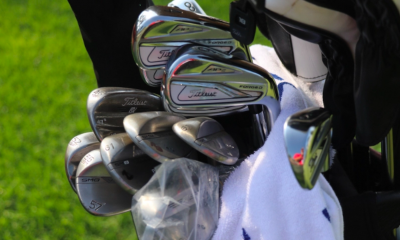 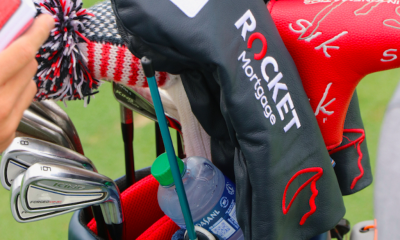 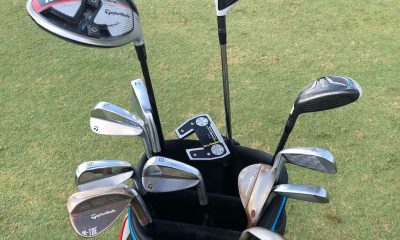 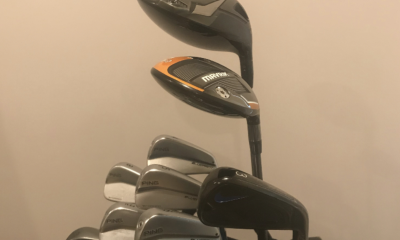