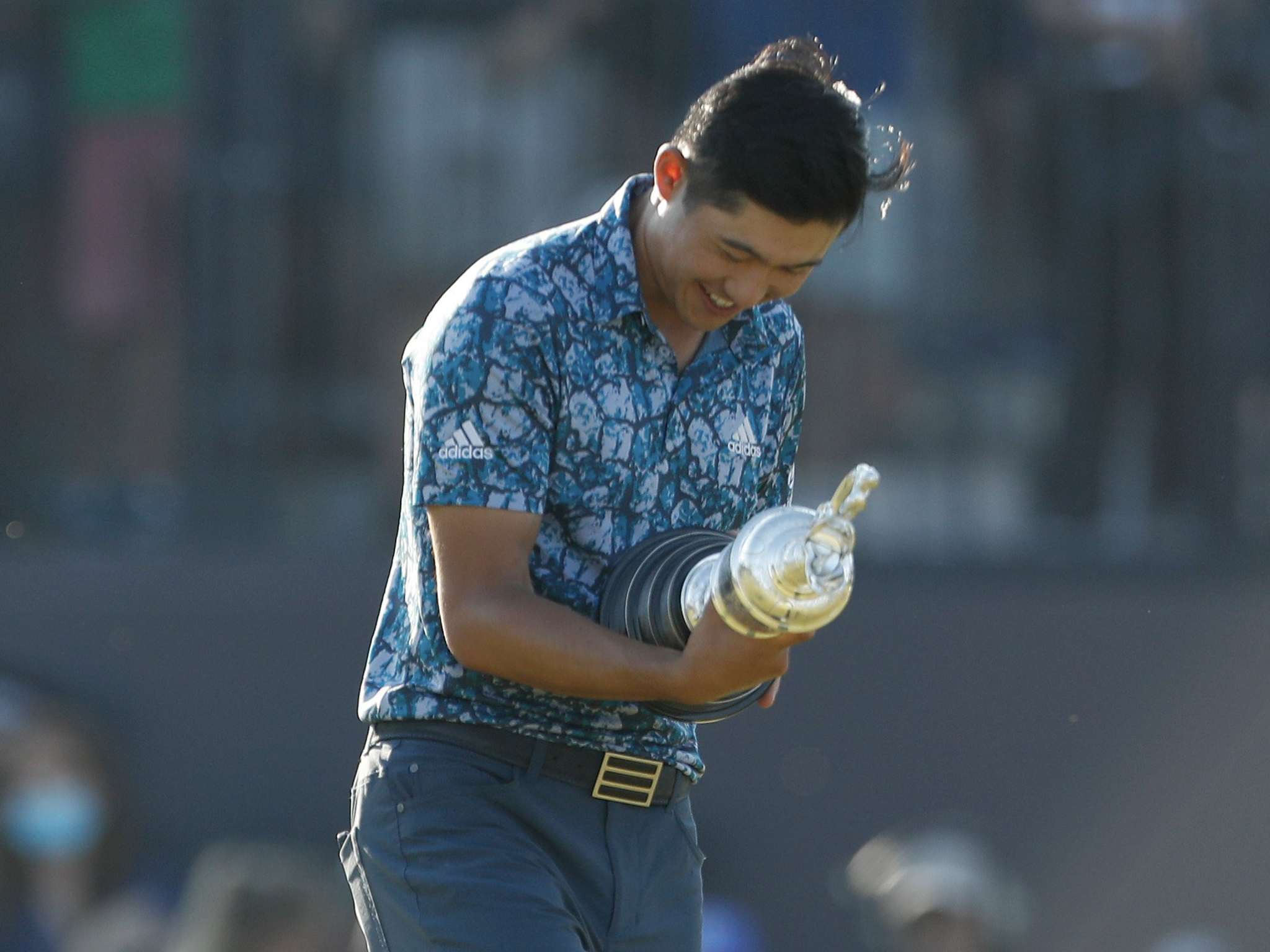 Collin Morikawa’s Open win was historic for a myriad of reasons.

Firstly, Morikawa is only 24 years-old. Some of the most skilled golfers in PGA Tour history go their entire career without matching the accomplishments that Collin already has under his belt before his 25th birthday. This may sound hyperbolic, but the young Californian’s Hall of Fame case might already be bulletproof.

Morikawa won the PGA Championship at Harding Park only eleven months ago. With yesterday’s win, the two-time major champion joined Tiger Woods as only the second player ever to win both the Open and the PGA Championship before the tender age of 25. Safe to say he’s in pretty good company.

Here are some of the other records that Morikawa achieved yesterday, courtesy of the great Justin Ray.

There have only been three in that span, and Collin has two of them.

Collin Morikawa went bogey-free in the final round of both of his major wins.

He is the only player in the last 25 years to win multiple majors with bogey-free final rounds.

The only two players in the last 100 years to win their 2nd major in fewer than 8 starts (this is Morikawa's 8th) are Walter Hagen and Gene Sarazen. 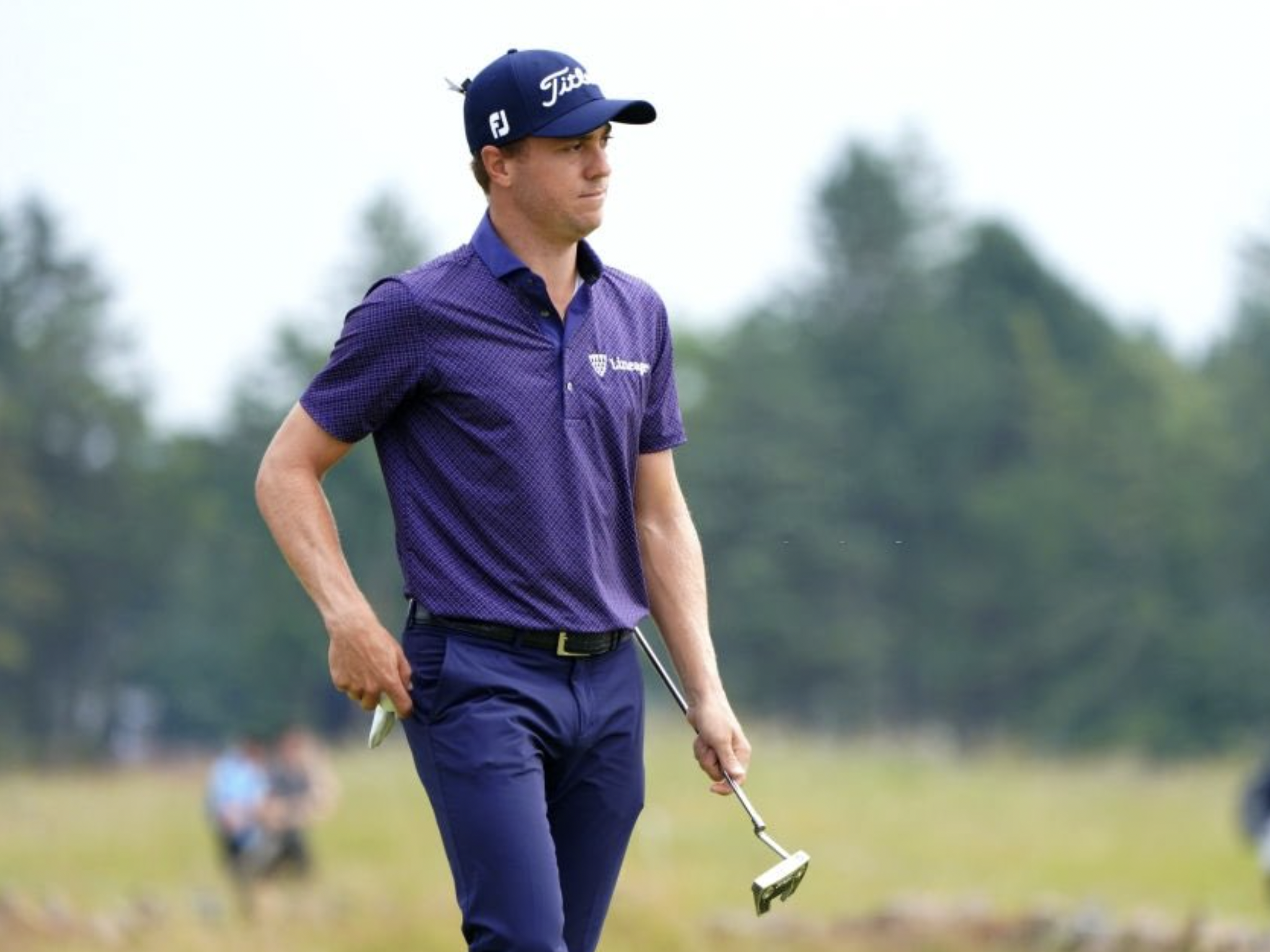 Bryson’s now infamous comments on how his driver “sucks” after round one of the Open, continue to send shock-waves through the golf world.

For those keeping track at home, Cobra rep, Ben Schomin, publicly responded first. Schomin explained that Bryson isn’t exactly the easiest player to work for, and that Cobra continues to do everything humanly possible to meet his needs.

Of course, Brooks Koepka could not pass on the opportunity at a subtle dig, proclaiming in his post round interview that he “loved” his driver.

Justin Thomas was the latest to poke fun at golf’s most polarizing star. Thomas commented on an instagram post from @Ziregolf, “Never would’ve though swinging at 135+ mph it’d be hard to drive it straight… You’d think mr physics would know that!” 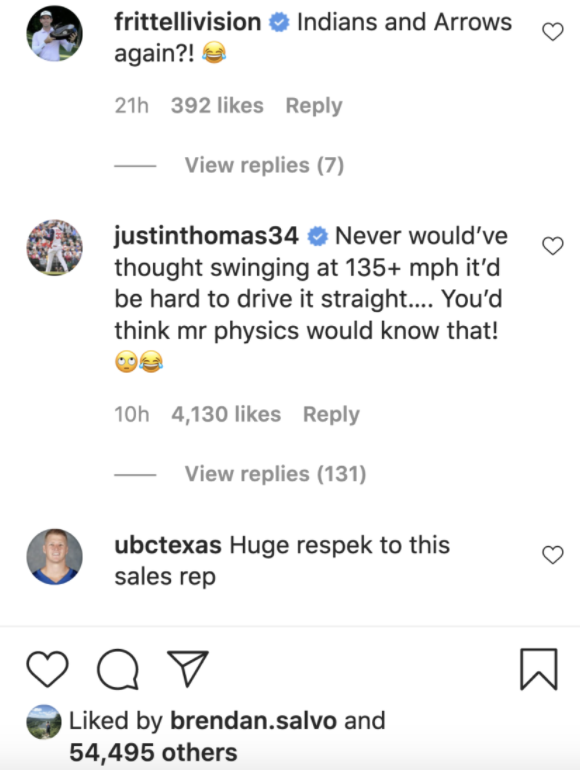 PGA Tour pros such as Luke Donald and Jason Dufner, who weren’t even on-site at Royal St. Georges, also got in on the action.

Don’t bite the hand that feeds you…comes to mind https://t.co/xPV0JFYmm3

If you really wanna get USGA serious about equipment rollbacks, just start blabbering about how your equipment doesn't go straight enough on miss hits.. that should get the ball rolling on things????

Whose to say what the big-hitting former U.S. Open champ will do next to trigger his peers, fans, and even sponsors, alike. We’re just happy to be along for the ride. 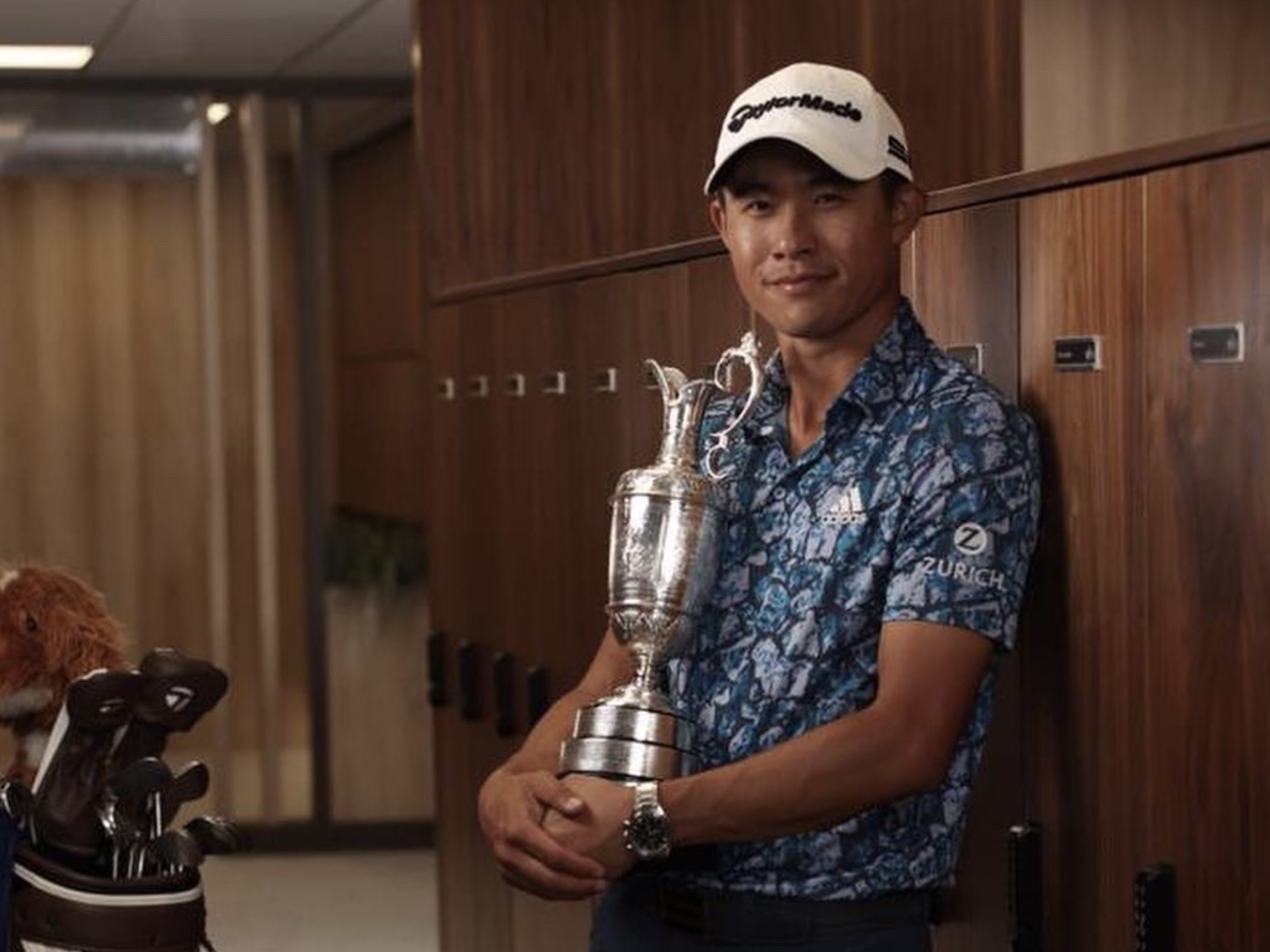 Collin Morikawa dazzled the crowd at Royal St. Georges last week with an incredible ball-striking display that propelled him to win his second major title at just 24 years of age.

The Californian is from the new breed of golfers who take fitness and athleticism very importantly, which makes his diet revelation last week all the more surprising.

Asked by media the secret behind his success on the links, Morikawa revealed a burger a day was his ritual.

“The secret? I never do this, but I had a burger for four straight days. So my body is probably feeling it. I know my body’s feeling it.”

Morikawa, who abstains from alcohol during tournament weeks, will now toast his victory by drinking out of the Claret Jug and will let caddie JJ Jakovac decide what the contents will be.

“We’ve been staying at the hotel right by the course. Every night I see all the caddies drink, and I’m like ‘Man, I really want to drink, but I hold back. I hold back on tournament week.

It’s JJ’s (caddie JJ Jakovac) birthday. I’m going to let him decide (what drink to put in the Claret Jug).” 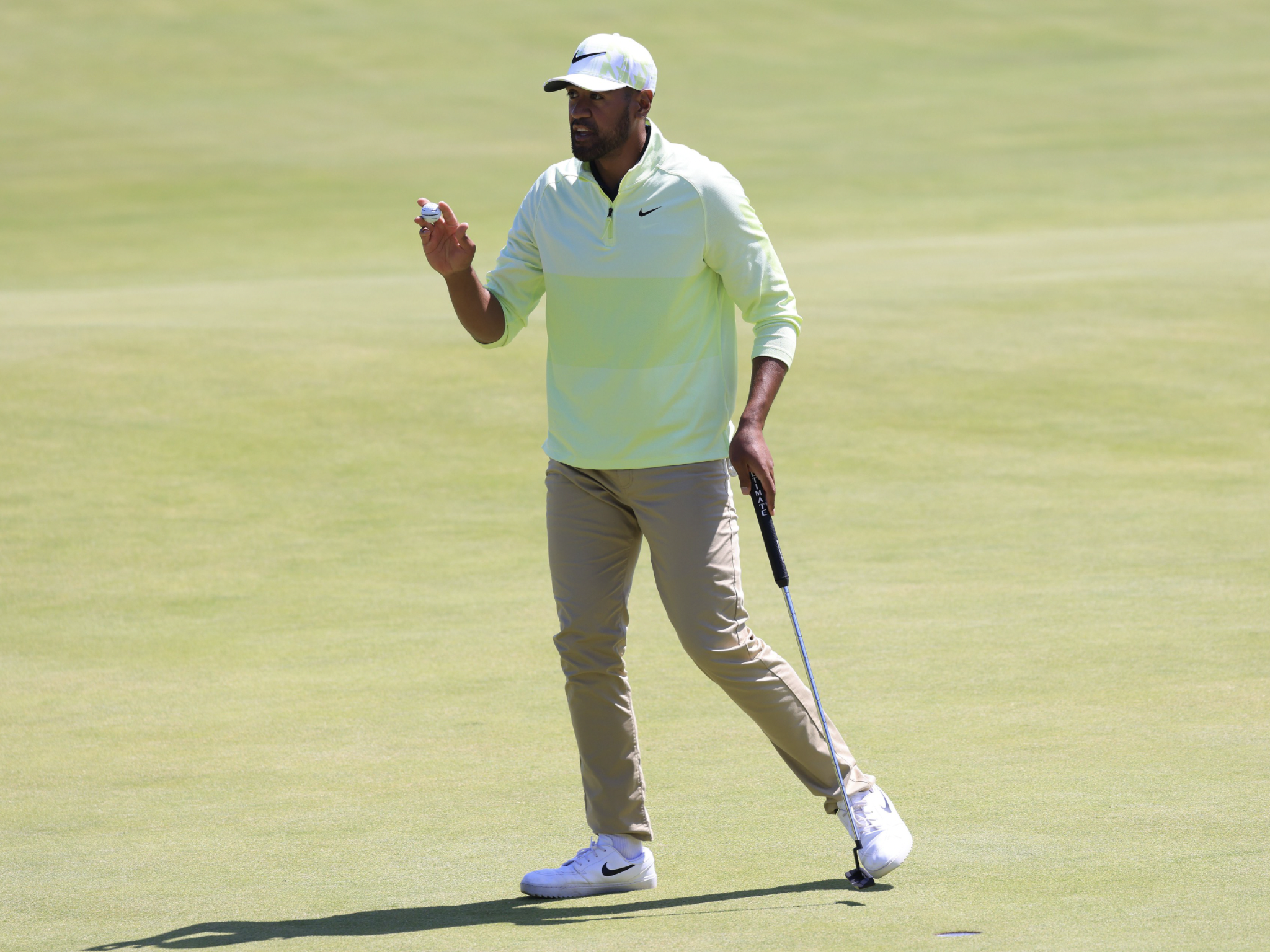 Tony Finau had a new Ping flat-stick in the bag last week as he recorded his fourth top-25 Open Championship finish in his fifth start.

The Utah native had most recently been gaming a Piretti Elite Custom putter but played a new Ping blade over the four days at Royal St. Georges.

The new putter is listed on the company’s website as a ‘Ping Prototype Putter PLD Anser 2’, with the following specs: “37 inches, 22.5 degree lie, 5 degree loft”.

Finau currently languishes at 133rd on Tour for Strokes Gained: Putting in 2021, and with his new Ping putter, he recorded his best finish (T15) since May.