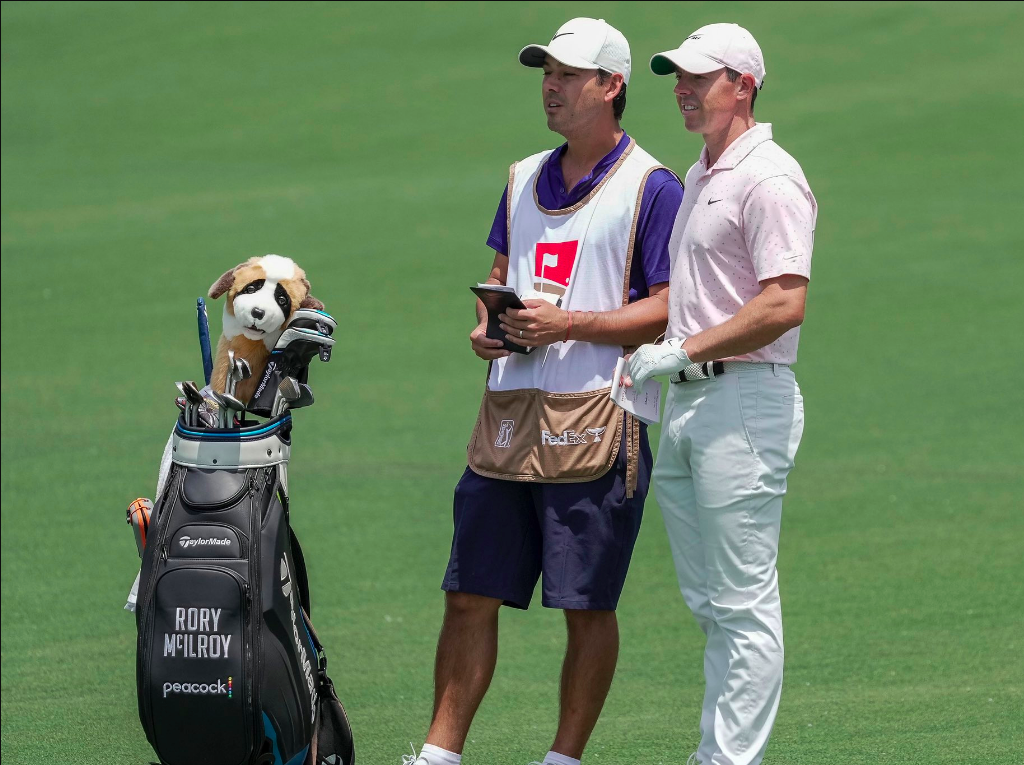 Rory McIlroy is hoping for a repeat of his 2012 Kiawah Island heroics when he tees it up at this week’s PGA Championship, and ahead of the event, he has launched a passionate defence of his caddie Harry Diamond.

Diamond began looping for Mcilroy in 2017, and the partnership has been scrutinized by some talking heads, with critics often pointing out Diamond’s lack of experience.

McIlroy singled out Diamond for praise following his role in the Irishman’s drop on the 72nd hole at Quail Hollow, and ahead of this week’s event, McIlroy revealed how critics of the looper are off base.

“This was supposed to be a short-term thing back in 2017, and I ended up really enjoying it, really liking it, and he – we made the decision that this was going to be a long-term thing, and it’s worked out great. We’ve had six wins together.”

I think the reason I wanted to single Harry out, as well, I feel like he gets some negativity around the relationship that’s very unfair, uncalled for. People don’t know him, don’t really know me. They sort of see things from the outside and from their own perspective, but they don’t really know.”

Mcilroy then went into further detail on the drop, which proved to be the correct decision at Quail Hollow, saying that if it wasn’t for Diamond, he likely would have lost the event.

“I wanted to make a point of Harry was 100 per cent the person that told me not to hit that ball on 18 in the creek, and if it wasn’t for him, I probably would have lost the tournament because I’d still probably be trying to hack it out of there. I’m like a dog, if I see a golf ball I want to hit it. It’s there. Or if someone puts a football in front of me I want to kick it. I saw the ball, I wanted to hit it.

He’s like, let’s just think about this. That was the reason I wanted to single it out, because he kept a cool head when maybe I wasn’t in the best place. And yeah, because of that unfair criticism that I think he’s gotten over the last couple years, I wanted to just make a point of we know what we’re doing out there.”