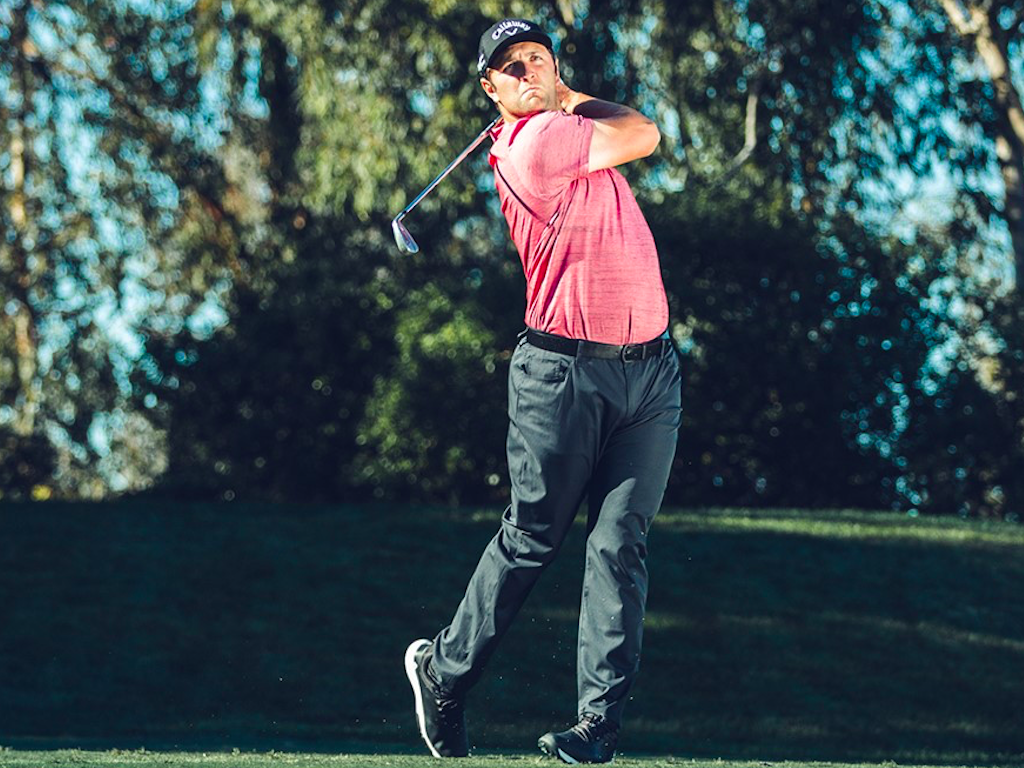 Editor’s note: We filed this story for PGATour.com’s Equipment Report.

The new year brings with it the promise of change, and for many PGA TOUR players, that means new equipment. This time of year is the closest golf comes to free agency, with players switching “teams” to new manufacturers. With many equipment contracts expiring with the end of the year, we’re on the lookout for players who have made big changes in their bag (and often to the logo on their hat).

Here’s a list of what we’ve seen thus far, with players listed by their new company (and their previous one in parentheses). We will continue to update this list with new additions.

Head over to PGATOUR.com for the full piece. 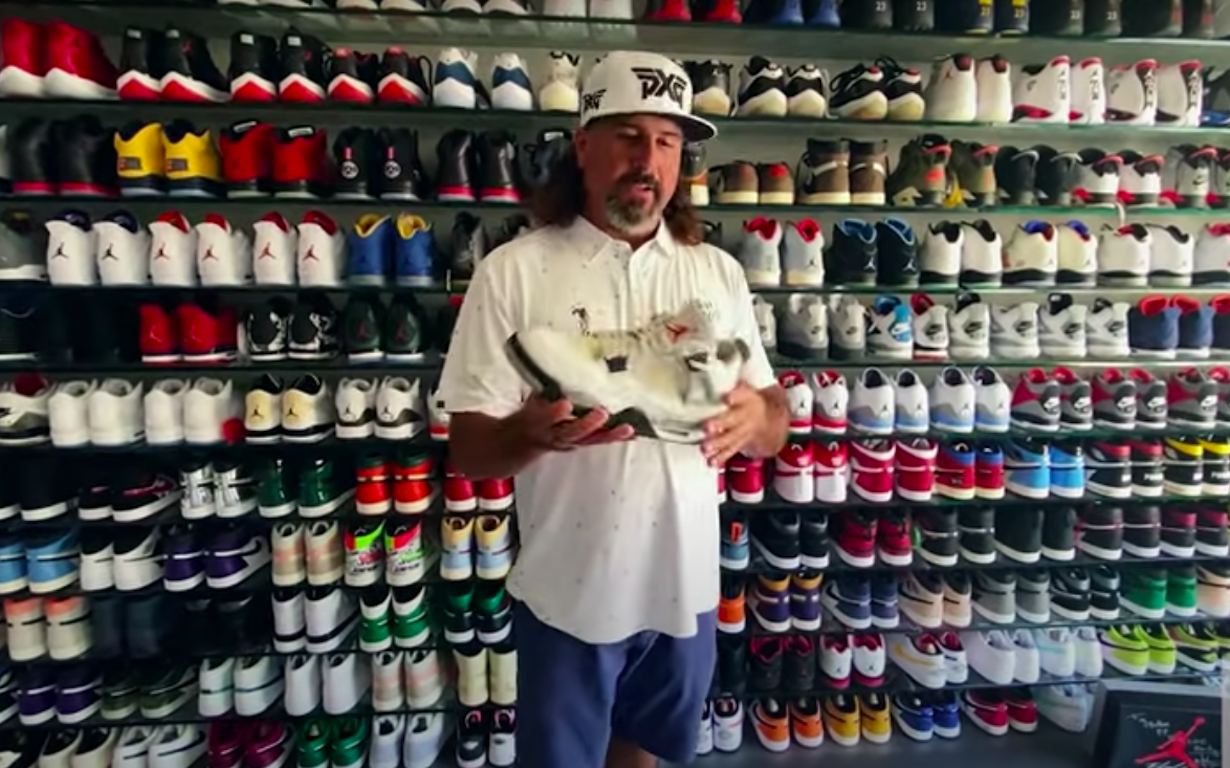 If you follow Pat Perez at all on his social media, his love for the Air Jordan brand will become apparent pretty quickly.

This love affair, which has evolved into the Phoenix native having a dedicated Jordan shoe room full of over 1,000 pairs, had humble beginnings: the first Jordans Pat got his hands on were a beat-up pair out of a trash can in high school.

“To go from pulling a pair of cement gray Jordan IVs out the trash when in junior high—unable to afford such a luxury—to MJ telling me last summer in Monte Carlo that he would make that for me in a golf shoe…never in my wildest dreams.”

Double P is now living his wildest dreams as he has become an unofficial bridge (but official brand ambassador) for Air Jordans in the golf world: He gets early access to unreleased Jordan golf shoes, most recently the Air Jordan 4 Bred in a golf version back in July of 2021.

Based on the comments on his IG post, these will likely sell out and trade at a premium on the multi-billion dollar sneaker reselling market.

Pay more attention to Pat’s feet on tour, and you’ll see he wears Jordans more often than not.

Here are some pictures we snapped on the PGA Tour this year. Perez is wearing Air Jordan 5’s in black metallic and wolf grey. 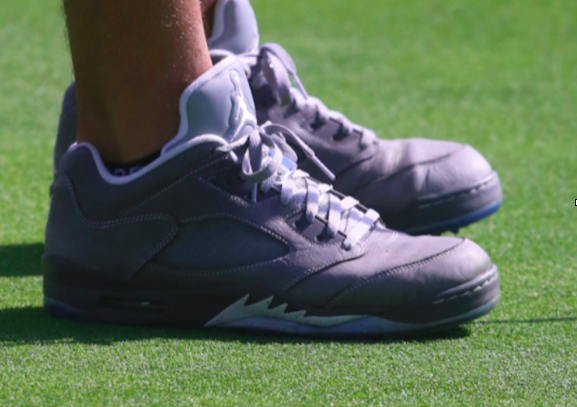 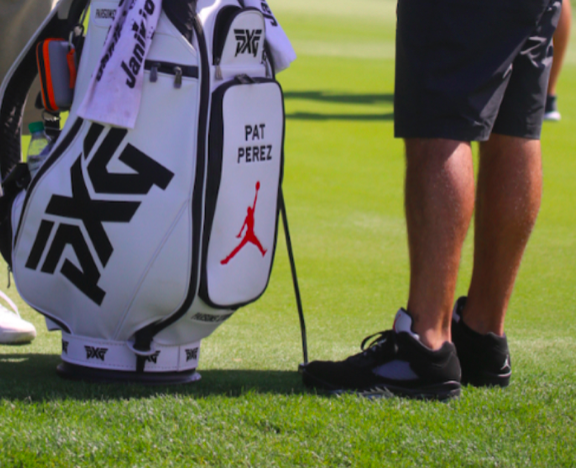 Pat’s collection off the golf course will inspire insane levels of envy in any serious sneaker collector. Living in his vast collection are several pairs of rare shoes worth five to six figures apiece.

He recently flexed a Friends & Family only release of the Board of Governors Jordan 1’s.

At only 88 pairs with none currently on the market at the moment, these are estimated to have a resale value of $20,000-$40,000 based on a Friends & Family release of the same model in a similar colorway. 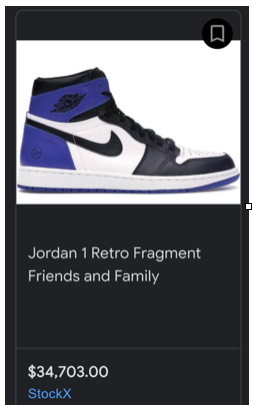 StockX listing of the Jordan 1 Retro Fragment Friends and Family at $34,000+.

Pat’s favorite shoe is the Jordan IV, specifically the Wahlburg IV, which recently sold at Sotheby’s for nearly $33,000.

PGA pro Pat Perez got his @Wahlburgers Air Jordan 4s signed by the man himself ? pic.twitter.com/9FPdKNgeTm

The 45-year-old is all about sharing his passion: he recently gave away part of his collection to his Instagram audience.

We don’t blame you if you’re starting to consider an upgrade of standard spikes to Jordan golf shoes after hearing about the level at which Double P loves and flaunts the iconic brand.

Additionally, you can even make money owning and trading Jordan golf shoes. For example, the Jordan 11 “Concord” golf shoe retailed at $220 in 2019 and now trades consistently between $350-$700 per pair on StockX.

And we wouldn’t be surprised if Pat Perez comes out with a shoe that will appreciate in value in a similar fashion.

You can learn more about this market at Six Figure Sneakerhead, a top educational resource for sneaker resellers worldwide. 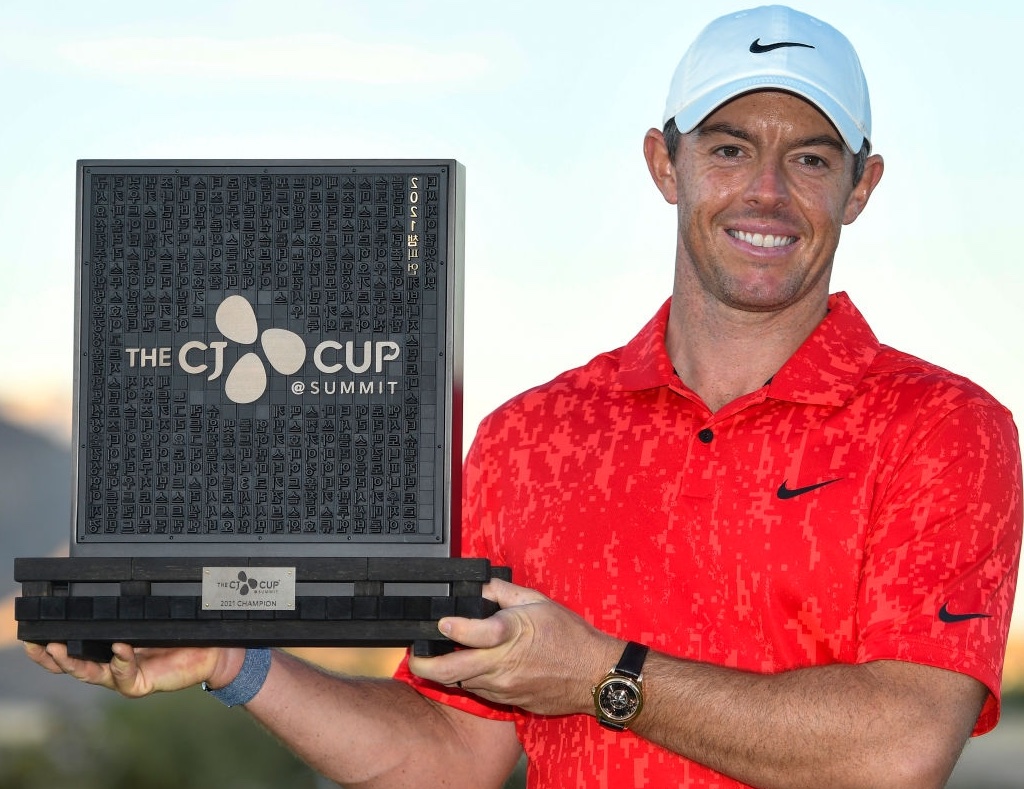 Rory McIlroy took on a VERY strong Sunday leaderboard at the CJ Cup and walked away with a 1 stroke win over a hard charging Collin Morikawa. This is Rory’s 20th PGA Tour win and a great bounce-back from a tough Ryder Cup. While holding the unconventional trophy in the setting Las Vegas sun, he was wearing a very special piece on his wrist! 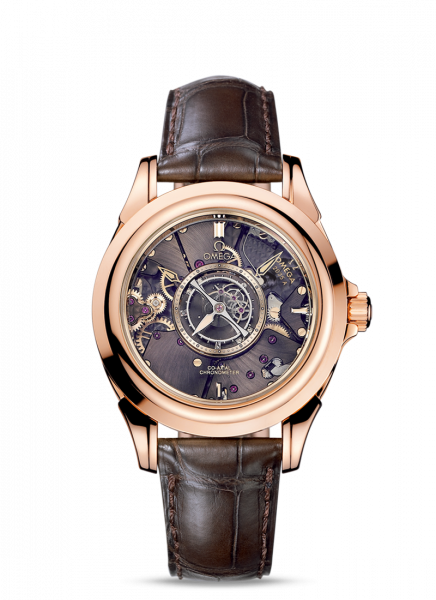 Omega has been making watches since Louis Brandt founded the company in 1848. The original name was La Generale Watch Co. and in 1903 added the Omega name. Omega has a long history with the British Air Force, United States Army, and even NASA supplying watches to them all. Omega has also been the official timekeeper of the Olympics since 1932, making them a very experienced sports watch brand. Rory McIlroy has been part of the Omega team since 2013 and even has had his own signature model. Usually he is wearing a Speedmaster or Aqua Terra 150 model when you see him after or before rounds. But this weekend he was wearing a very special, and rare, Omega DeVille Tourbillon CO-AXIAL Chronometer Numbered Edition in Red Gold. Omega’s DeVille was released in 1960 and originally part of the Seamaster lineage but became its own line in 1967. The design of the DeVill is far more classic and dressy compared to the sport watches Omega is known for. Rory’s DeVille is special because it is one of the few models in the line that contain a tourbillon. A tourbillon (toor-bil-yuhn) is a mechanical complication found in high-end watches and originally designed for pocket watches. Since a pocket watch sat vertical for most of its life, gravity could effect the mechanical movement and make it less accurate. So Abraham-Louis Breguet invented the tourbillon in 1795 to counteract those gravitational forces, making the pocket watch much more precise. Today the tourbillon is far less effective on making a wrist watch more accurate, but it is still an amazing piece of engineering that watch lovers covet. Omega places the tourbillon in the dead center of the dial to show off the beautiful, rotating masterpiece. The Omega 2635 movement is a self-winding, automatic movement that also features Omega’s CO-AXIAL escapement for better efficiency when using stored up power. The baseplates of the movement are brown PVD coated and everything is hand-polished. The rotating weight that moves with your wrist movement is made from solid platinum and the 2635 is a certified chronometer. The dial on the DeVille is made from sapphire crystal so you can see all the parts, especially the center mounted tourbillon, of this special movement. 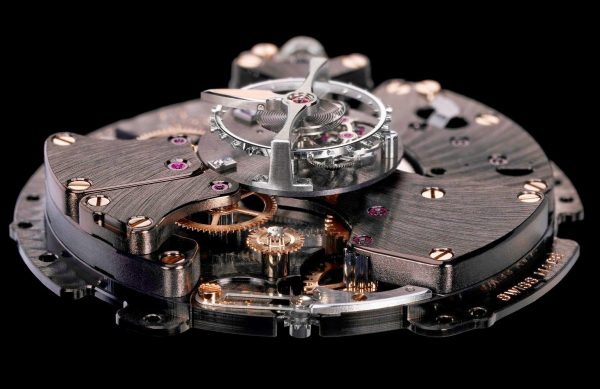 The case is crafted from 18k Red Gold, Omega’s own alloy with copper and silver, measuring in at 38.7mm across. The Red Gold is very corrosion resistant as well as being hypoallergenic. The caseback is solid Red Gold and engraved with the number of the series. The bezel is non-rotating and made from matching Red Gold, polished perfectly. The strap on Rory’s DeVille is made from black alligator leather, coming together with a Red Gold deployment buckle. This is not a piece that you will find at just any Omega dealer, seeing that the retail price is $137,000. The Omega website states that you can signup for a waiting list or you need to contact a boutique in order to pursue getting one of these timepieces. I haven’t been able to find out if this is a limited edition that is numbered or when it was originally released, so if you have some information please let me know in the comments. 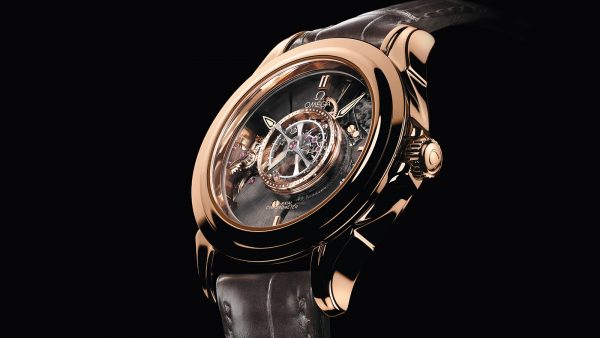 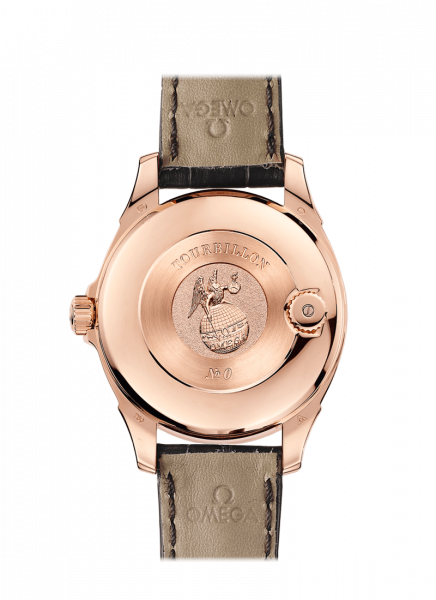 I think most golf fans are excited to see Rory back winning again, along with some other big names playing well. I know Rory has a pretty solid watch collection and I can’t wait to see what piece he has on next!