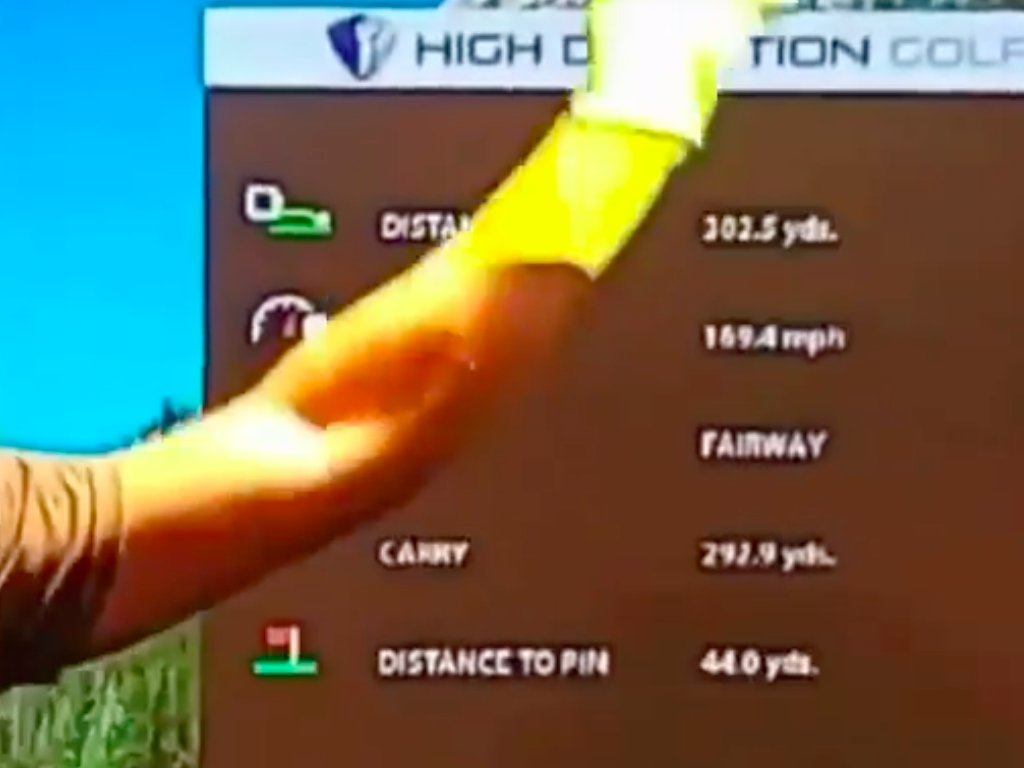 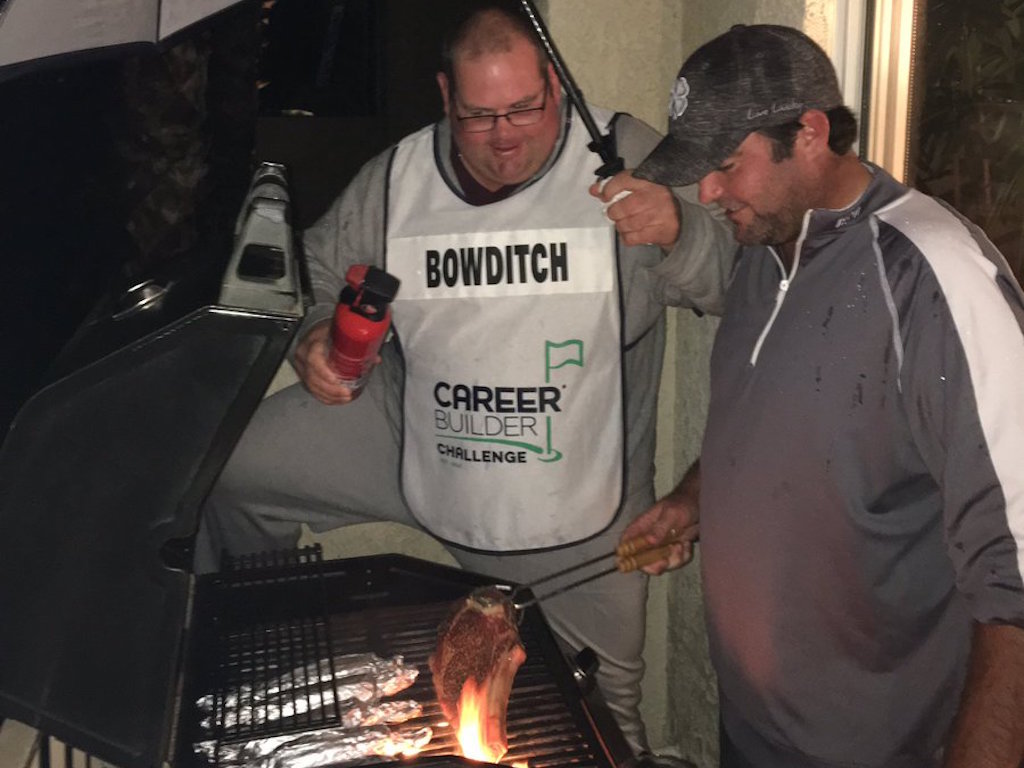 PGA Tour caddie Shannon Wallis with a fire extinguisher, back when he caddied for Steven Bowditch (Via @Bowdo83 on Twitter)

In this new GolfWRX feature, called the “Caddie Corner,” we’ll be firing off questions to a different caddie every week on the PGA Tour.

Caddies, or “loopers,” as some call them, are the too-often-overlooked people who actually have a huge impact on players every week on the PGA Tour. They’re tasked with many objectives – everything from carrying the bag, raking bunkers and getting yardages, to playing psychologist on the golf course as their player competes for millions.

If you’re curious to learn more about the caddies, as well as their stories, lifestyle and insights, then welcome to the “Caddie Corner.”

For the first edition of the Caddie Corner, we grilled veteran PGA Tour caddie Shannon “Shan” Wallis, who currently loops for Jonas Blixt. The Australian got his start on the PGA Tour in 2004, and has also worked for players such as Nathan Green, Matt Jones, Jarrod Lyle, Steven Bowditch, Kevin Stadler, Brandt Snedeker, and more throughout the years.

Without further ado, let’s get into it the first edition of Caddie Corner.

Tursky: What’s your full name and who do you caddie for?

Wallis: Shannon Wallis, and I caddie for Jonas Blixt.

How did you end up being a caddie on the PGA Tour, and what’s been your career progression to get here?

So I have a best friend, Marcus Fraser, he played in Europe, and back in 2003 he got his card in Europe.

So I did that, and then, that lasted a year. And then I came over here in ’04 with Nathan Green and progressed from there. That was ’04, so how many years is that? Going on 18 years.

What’s been the most important lesson you’ve leaned along the way about caddying, or golf in general?

I don’t know if it’s a lesson, but they’ll make you hate golf (laughs).

The travel. Being away from the family. And then actually at the golf tournament, when the weather’s sh***y. You need to be like an octopus and have eight hands, or eight arms.

How many weeks will you be on the road for, at most?

At most, I mean, for me being on the east coast, the west coast. The last few years it’d be like five or six weeks away. It’s too hard to get back and forth.

Caddies are known for having the best stories. Without incriminating yourself too much, what’s the funniest story you have about caddie life either inside or outside the ropes?

Just, I worked for Nathan (Green) for 9 years, and it’s just the things that would come out of his mouth, I can’t really repeat. A lot of the golfers out here know Nathan, and he was very funny in putting in putting himself down.

What’s the biggest, “Uh oh, I messed up” moment of your career?

So, my first week with Nathan was in Richmond, Virginia. We shot 10-under for the first round, and the only bogey that came in the first round, it was me giving him a mystery, and he’s staring this shot down from like 100 yards – he’s staring it down – and I’m like, ‘You can stop posing,’ because it’s going 30 yards over the green. Yeah. Only bogey for the tournament. I think Chopra won at like 30-under, and we shot 26-under and finished second.

Well, he kept his confidence, the only bogey he made wasn’t his fault.

When you’re player is a little bit nervous going into the first tee shot, or the last tee shot on the 72nd hole, what’s something you might say to calm them down?

That’s great. What’s your favorite tour stop to caddie at, whether it’s the course, the food, the giveaways, or whatever the case may be?

So being a heavy-set fellow myself, anything that’s flat. So, like Hilton Head. But Hilton Head is really a fun week. Hawaii is really good, nice and flat.

They have good weather in Hawaii, too.

Oh yeah, big steak guy. But yeah, the Fort Worth one, for some reason, you always end up drunk at that one (laughs).

On a similar note, what’s your favorite on-course snack, whether it’s you or your player, like you have to have it in the bag?

Just a protein bar or something. Probably bananas. Something to stop from cramping up.

OK, last one. Based on working so closely with tour players throughout the years, what advice do you have for amateur players to improve their games? Other than ‘Hit it on the green stuff’?

How’s your game, do you play much?

Yeah, I prefer to play music, have a good time, maybe have a couple pops.

That’s the thing. It’s six beers, and away you go. 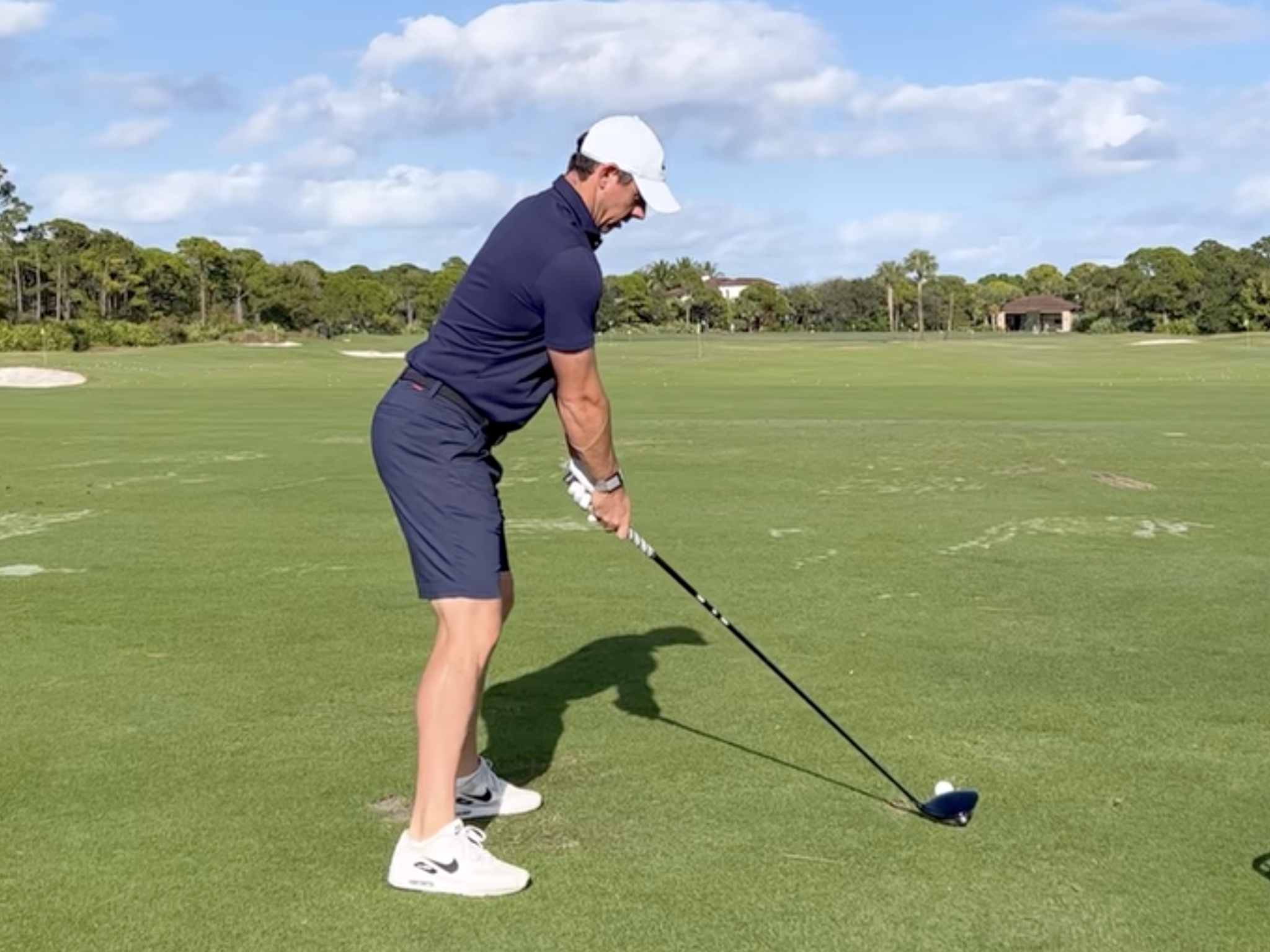 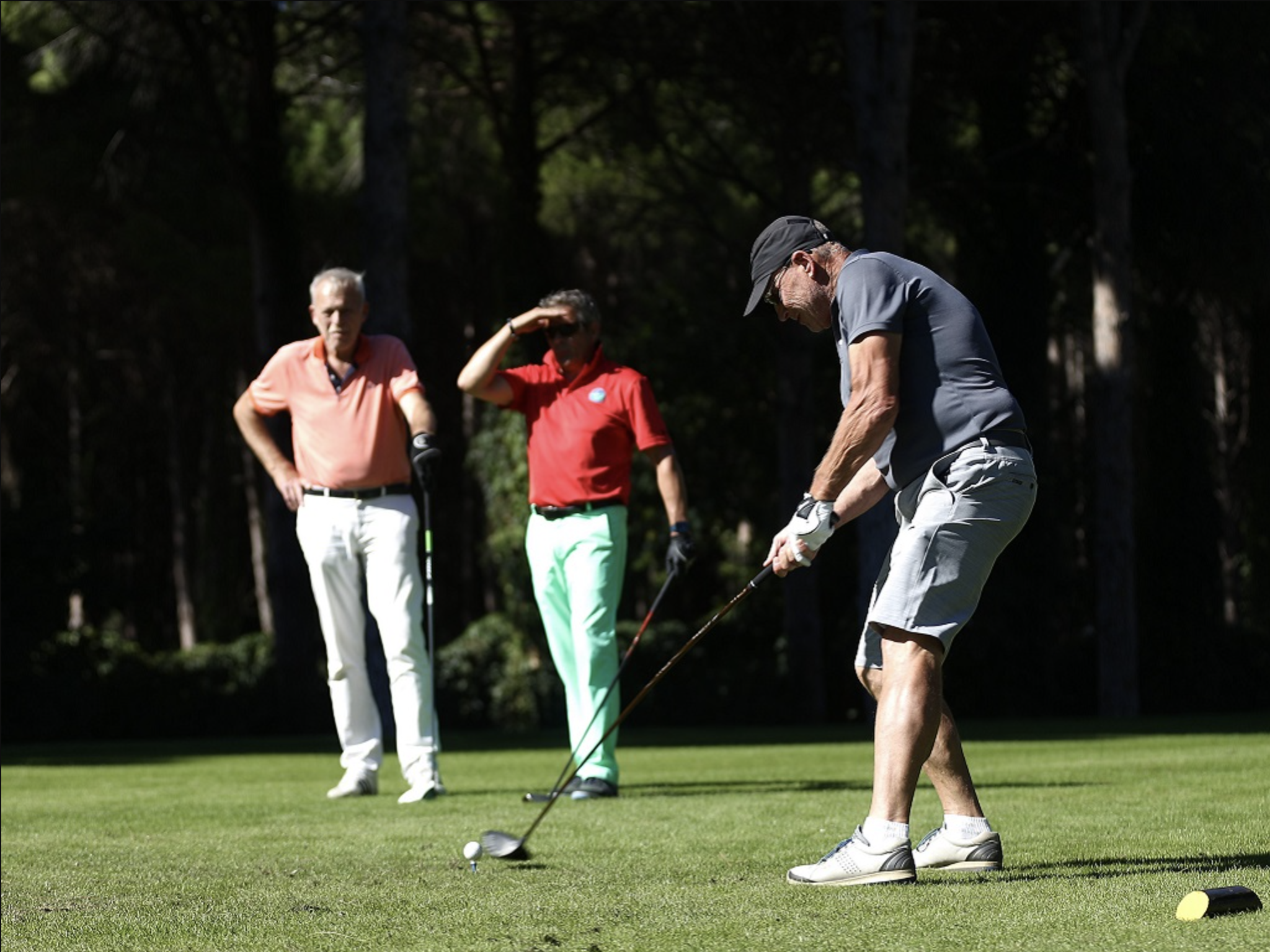 The ongoing debate whether slow play actually negatively impact your scores appears to be settled.

According to the study conducted by Arccos Golf,  for every half hour extra on the course, golfers are losing in the region of 0.4-0.7 strokes, while those who take 4.5-5 hours to complete 18 holes are losing between 1.3-1.7 strokes compared to a round that was completed 90 minutes quicker.

Interestingly, the data indicates that the golfers who are most impacted are higher handicaps, with 15-19.9 handicappers taking an extra 1.7 strokes when out on the course for 4.5-5 hours. 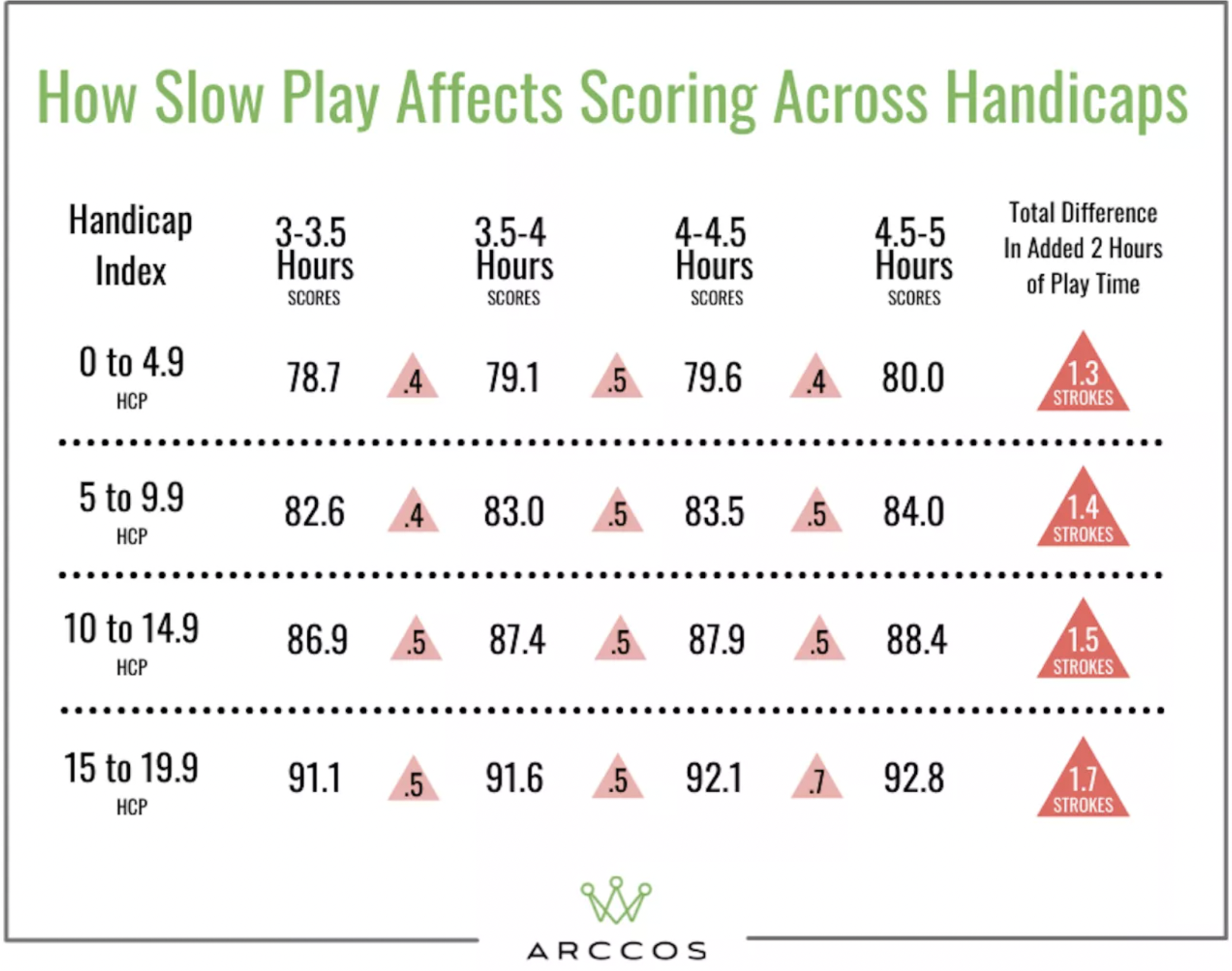 There is a lesson to be learned here for golfers of all handicaps: Play faster! 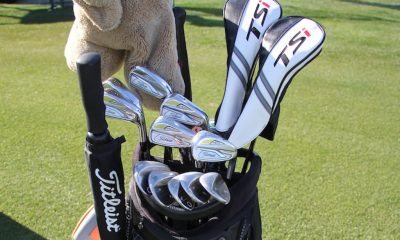 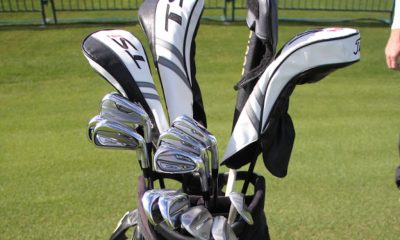 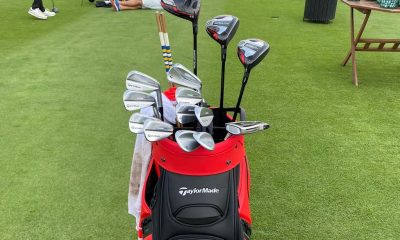 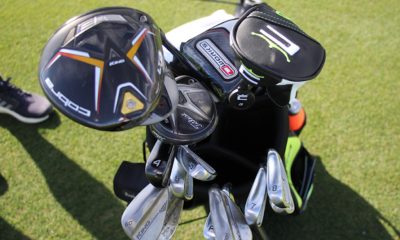