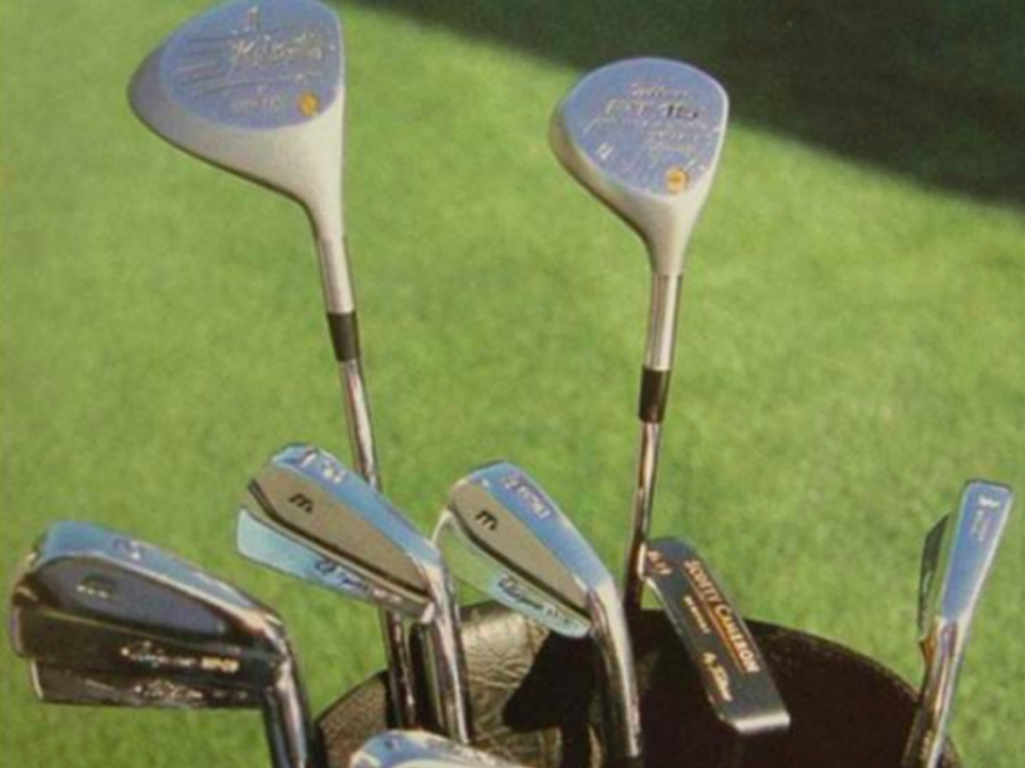 Numerous articles have been written about Tiger winning the ’97 Masters with a split set of irons, comprising the MP-14 and MP-29s from Mizuno. While these aren’t exactly game improvement long irons, the theory was certainly the same, with the top part of the set providing a different feel to a full set of the one irons. 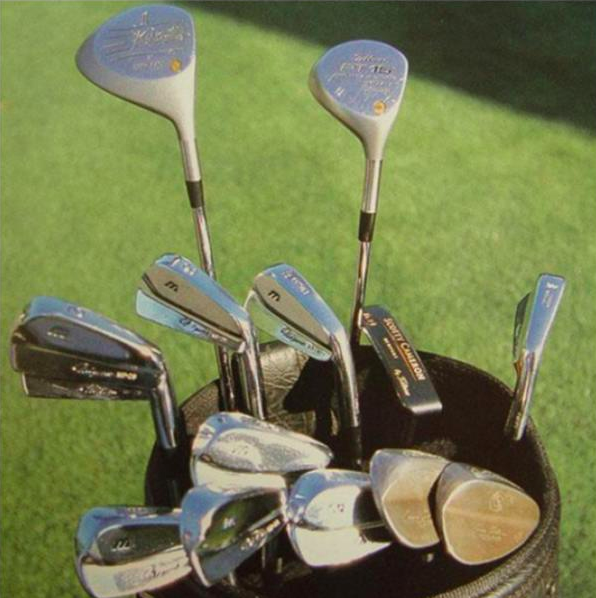 Now there are numerous different options to fill in the top part of the bag between driver and 6-iron, which are getting more attention all the time. These options aren’t just for the weekend warriors, with a higher percentage of tour players every month having a driving iron, cavity back club (or clubs) at the top end to give a bit more forgiveness to what would otherwise be their 2, 3, 4, 5 or 6-irons.

I bought into the theory 15 years ago with the TaylorMade RAC TP Combo irons, which had the CB heads for the 3- 6-irons, and the MB heads 7-9 and the 48-degree wedge. My eyes well up when I think of them and I start full-on crying when I realise that I sold them for far less than they were worth (to me)…

Nowadays, there are multiple offerings from many of the manufacturers, with muscle-back irons and players cavity represented by most of the brands at least to some degree.

The titillating release of the new P700 series irons from TaylorMade are the most recent combo-able irons to enter the fight for GolfWRX bag space. With a blade, a cavity and a ‘compact players distance’ iron all represented, it is something that has made many who were otherwise traditional 3-PW players consider all of the options that can be had in a set that can truly blend from top to bottom with all of the benefits players are looking for.

The appeal of making up a combo is enough that Johnny Wunder replied to a follower that if they didn’t take advantage of a combo “there was something wrong with them”.

But if all of these irons are so good, why would you need a combo?

Traditionally each category of irons provides the following benefits and potential reasons not to get a full 3-PW set.

As far as the P Series of irons go, there is a progression of forgiveness, and TaylorMade communicate it (brilliantly) like this: 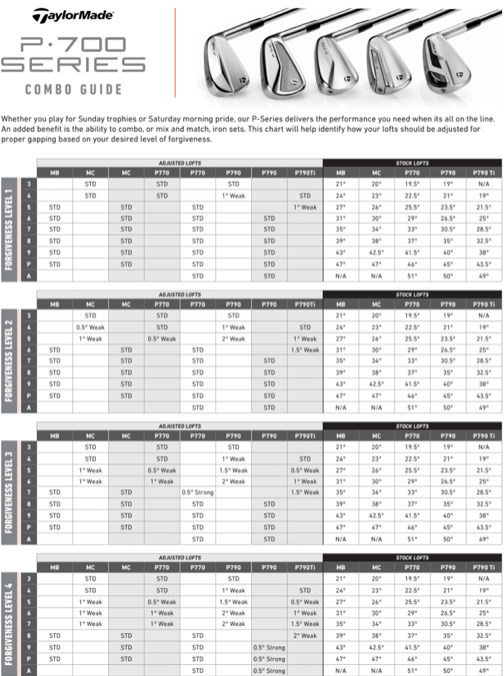 Basically, if you are Moe Norman or a golfing sadist or a lover of shiny blades at the expense of forgiveness, you can go right ahead and swing away with a 3-PW set of MBs. For the rest of the population, there is a combo for you all the way through to the P790Ti – P790s which should straighten out the biggest of push cut slicers among us.

For me as a 5 handicap with relatively good ball striking, and a historical attachment to the TP combo, I would find it hard not to put the P7MC/P7MB combo from forgiveness level 3 in the bag. That would incorporate the perfect emotional combination of an ego boost from having blades in the bag, a small amount of forgiveness in the longer irons and the street cred of a tour-level combo set. Removing all emotion from the decision, I should probably go with the P7MC/P770 combo in the forgiveness level 4.

However, if I went with a combo set and didn’t get some form of blade iron in the bottom of the bag, I would feel cheated. Of course, this is completely irrational, but so is considering any new irons while I am playing the best golf of my last 10 years!

Comment below with your favorite combo option and why!

From the GolfWRX Vault: Municipal golf and its long term sustainability

The Wedge Guy: A tale of two tours