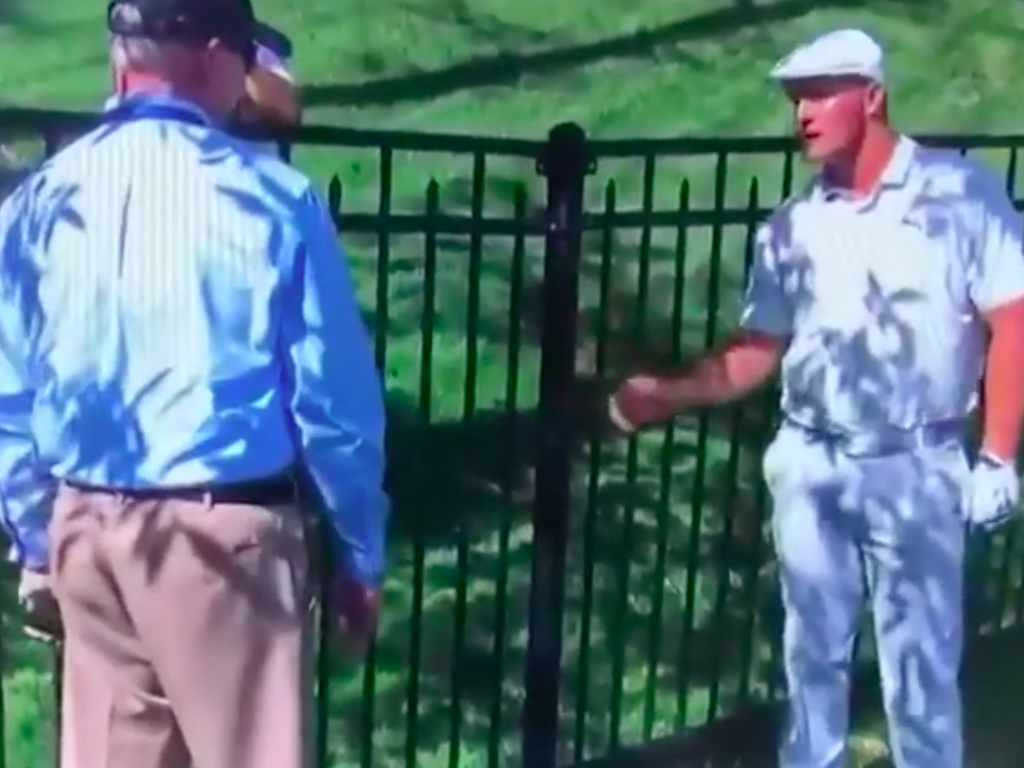 In our forums, our members have been discussing Bryson DeChambeau’s late collapse on Friday which saw the 26-year-old miss his first cut since golf’s restart.

DeChambeau twice hit the ball out of bounds from a poor lie with his three wood on the par-5 15th hole, and on his third attempt, DeChambeau’s ball ended up just short of the water.

The Californian then claimed one of his shots was not OB as it was underneath the fence. Rules official Slugger White stepped in to explain to DeChambeau why it was indeed OB, and it was a decision the golf scientist was clearly unhappy about, requesting a second ruling before saying “They are giving me a garbage ruling as usual”.

The ruling was not changed, and DeChambeau went on to make a 10 on the hole, ending his chances of playing the weekend.

Tag this friend !! @brysondechambeau is all of us trying to remember how many shots we hit that hole lol. Friend: “Ummm I think I got a 6. ” Me: “ But you were hitting 6 from 124 out of the rough” lol #memorialgolftournament #pga #pgatour #brysondechambeau #tigerwoods Via : @vegasjay Follow us @golf.obsession

Here are a few posts from our members on the incident, but make sure to check out the entire discussion and have your say at the link below.