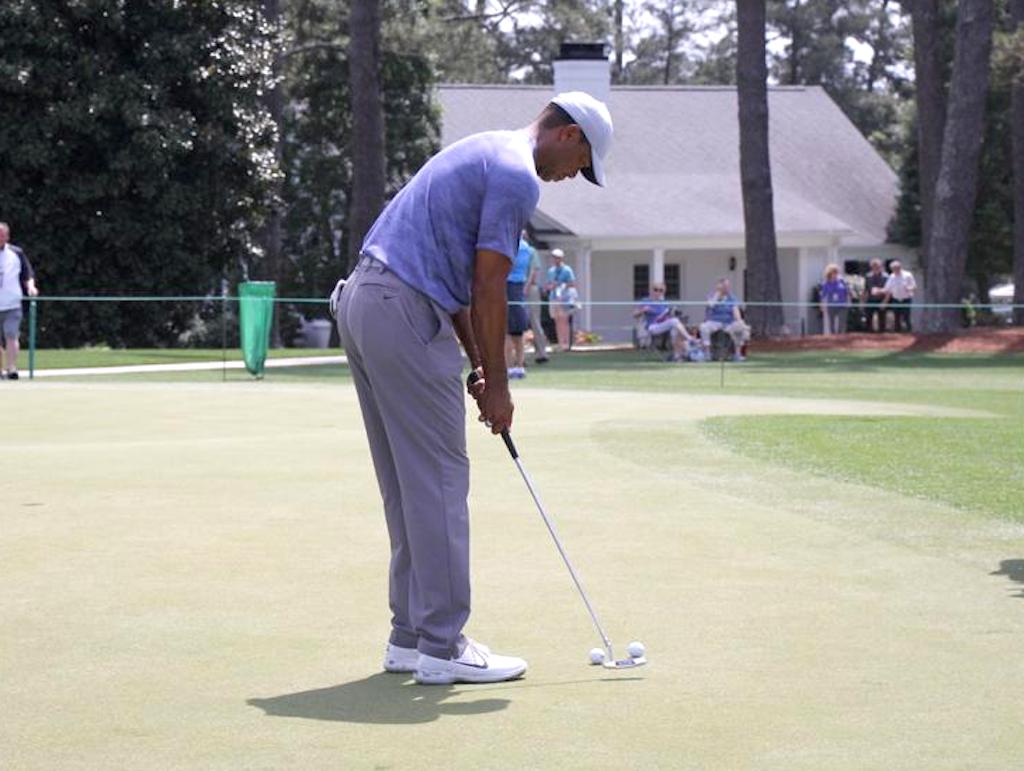 I thought today I would depart from the typical short game focus and turn my attention to putting. Many of you might not know that I began my golf career working with the marketing for Ray Cook and Otey Crisman putter companies. I became immersed in putter form and function and actually began designing my own putters in the mid-80s. I was blessed to spend a lot of time working with tour players during that period and learned a lot about the craft of making more putts.

I’ve always been a “range rat” – I just love hitting balls and learning more and more about my swing. As a result, I’ve always been a pretty solid ball-striker. My driving and iron play have been my strengths my entire golf life. It probably goes back to the advice my father gave me when I was very young. “There’s nothing wrong with your game that another 5,000 practice balls won’t fix,” he would repeatedly tell me. And I took that to heart and pounded balls by the hundreds daily it seems.

But I’ve never applied that same philosophy to my putting. Duh. I’ve had a lifelong struggle with the yips, and have had plenty of advice on how to beat them, mostly unsolicited. But some years ago, two things I have learned in my life seemed to come together to give me a new perspective.

First, I had the opportunity to listen to a full day presentation by Dr. Rick Jensen, renowned sports psychologist. Part of his topic was on the subject of “you’re not good enough to choke.” What he meant was that most are too quick to apply the “choke” label, when what really happened is that the golfer didn’t have his or her skills polished to an adequate level. It was a very interesting angle on the subject. I highly recommend his books.

The other piece of the puzzle came in a small book that I received as a gift. In “How To Make Every Putt,” Dr. Joseph Parent advocates practicing your putting like you do everything else. Work on your fundamentals, where a hole is not even in the picture. Approach learning how to make solid, sound putting strokes like you do making solid, sound full swings.

So, putting these two together, I took my 100-ball bucket to the practice green Tuesday afternoon and hit about 500 putts. Various distances, no target…just making good solid strokes, evaluating and correcting, until I felt my routine and technique were gelling to something I could count on. It was as much fun as going to the range, to be honest. A concentrated practice session that was totally focused on the process, not the outcome.

The next day, before a tournament practice round, I took that same drill to the practice green. I put down six balls and putted them different distances, but never to one of the holes on the green. Just practicing my technique and routine, rhythm, and tempo. Then I finished my putting warm-up by making about 15-20 putts of not more than 2 feet. I wanted fresh feedback of the ball going into the hole.

The result was one of my better putting rounds in recent history.

If you are struggling with your putting, try taking the hole out of the equation and just working on your fundamentals of posture and stroke, until you are hitting one solid putt after another. You might find it very successful. 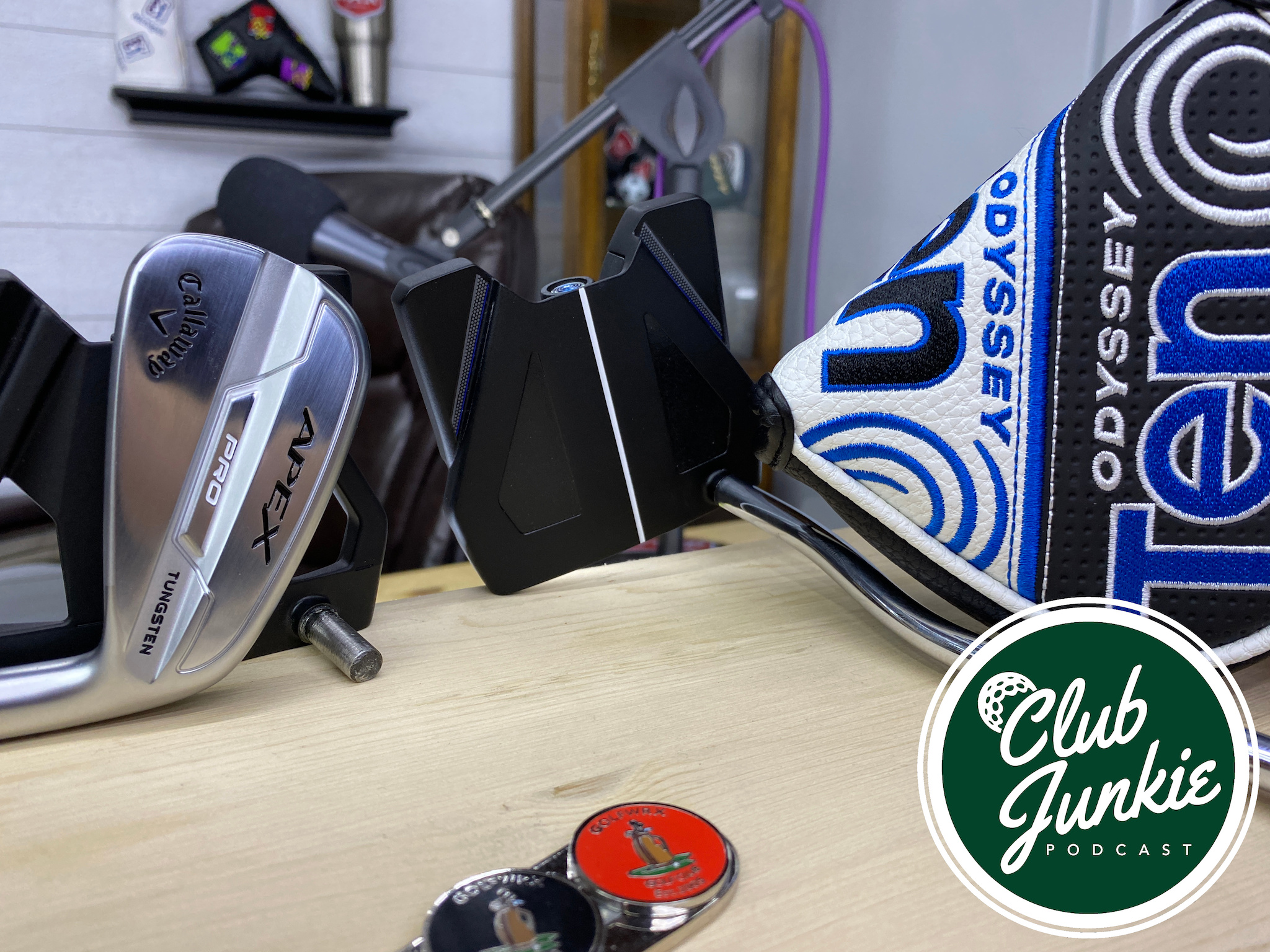 Reviewing the new Odyssey Ten putters, and I like the overall look compared to last year’s model. The shape is a little more squared off and simple, less distracting. Callaway’s new Apex Pro irons offer a lot of distance and forgiveness in a small package, but do they feel as good as other players irons? 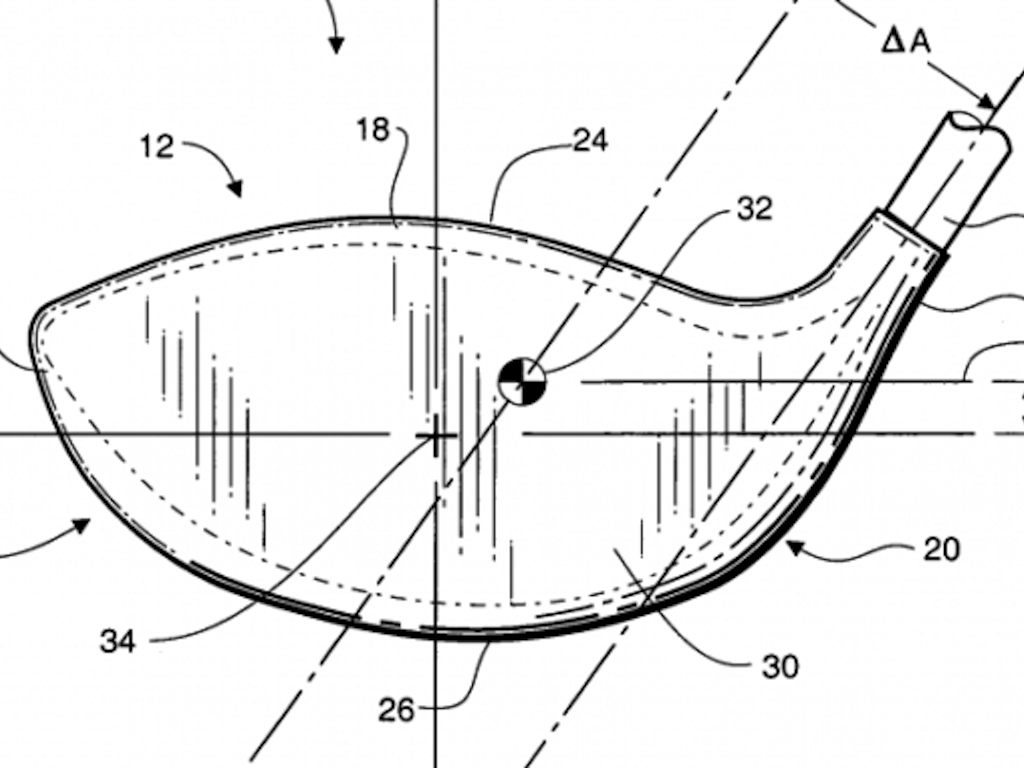 One of the most misunderstood concepts involved in golf club design is that of “CG,” or “center of gravity,” also “center of mass.” While this particular measurement of any golf club head can certainly offer insight into its probable performance, it is not the “be all, end all” with regard to any club’s specific launch or forgiveness attributes.

What “CG” specifically refers to is the exact center location of a club’s distribution of mass, which will generally coincide with that club’s “sweet spot”—but that’s not always true. There are lots of ways to manipulate or manage any club’s exact CG location, and therein lies a “Pandora’s Box” of misunderstanding.

Let’s start back in the very old days, when irons were single pieces of forged steel and woods were made of persimmon. Since there was no science inside the club, CG was essentially a result of how the clubhead is formed—its essential shape.

A typical persimmon driver head, for example, was sized to deliver its ideal weight without any additional weights added. The solid block of persimmon, with some kind of face insert and an aluminum soleplate was all you had to work with. So, the CG was located pretty close to the center of the clubhead from all three axes – vertical, front-go-back and heel-to-toe. If you remember, persimmon fairway woods were smaller and had a brass sole plate to add mass lower in the head and often a lead weight under the sole plate to move the CG even lower to help produce higher ball flights on shots hit from the turf, rather than off a tee.

Traditional forged irons up to the 1960s-70s typically had a CG very close to the hosel, a result of the mass of the hosel itself and the typical design that put “muscle” behind the impact area, and very little mass out toward the toe. An examination of worn faces on those old irons would reveal the wear very much toward the heel. I distinctly remember fighting the shanks back in those days, and that ugly shot usually felt very close to a perfectly struck one, rather than feeling as awful as it looked.

As metal woods and cavity-back irons became the norm, designers were able to move the CG ever lower in order to produce higher ball flight, and more toward the center of the face to put the CG further from the hosel. As technology has continued to be refined, the use of tungsten inserts has further allowed designers to position the CG exactly where they want it – typically lower in the club and more toward the center or even the toe of the golf club.

And therein lies a problem with pushing this insert technology too far.

There is no question that in addition to making contact somewhere close to the CG of the clubhead, ball performance is also a product of how much mass is directly behind the impact point. Let me offer this example of how important that can be.

Let’s assume two identically shaped cavity-back 7-irons – same size, face thickness, overall weight and a design that places the CG in the exact same spot in the scoring pattern. The only difference between the two is that one is a single piece forged or cast steel head, with the other being cast of aluminum, with heavy tungsten inserts in the hosel and toe areas to achieve the same overall weight and CG location.
Which do you think would deliver the more solid feel of impact and better transfer of energy to the ball?

Now, we could take that even further by cutting out the entire center of both clubheads and increase the mass or the weight of tungsten in the hosel and toe to bring each back up to weight. The CG location would not change, but there would be absolutely no mass at all where the ball impact location would be. That would not work at all, would it?

I’ve learned long ago that it’s not just about the location of the CG that makes a golf club perform, but also the amount of mass that is placed directly behind the spot on the face where impact with the ball is made.

Here’s a fun, “non-golf” way to embrace this concept.

Suppose we had a two-pound sledgehammer and another 2 lb piece of steel hammered into a large circular sheet 1/16” thick. And then suppose someone hit you on the head with the exact CG of each one – which do you think would hurt the most?