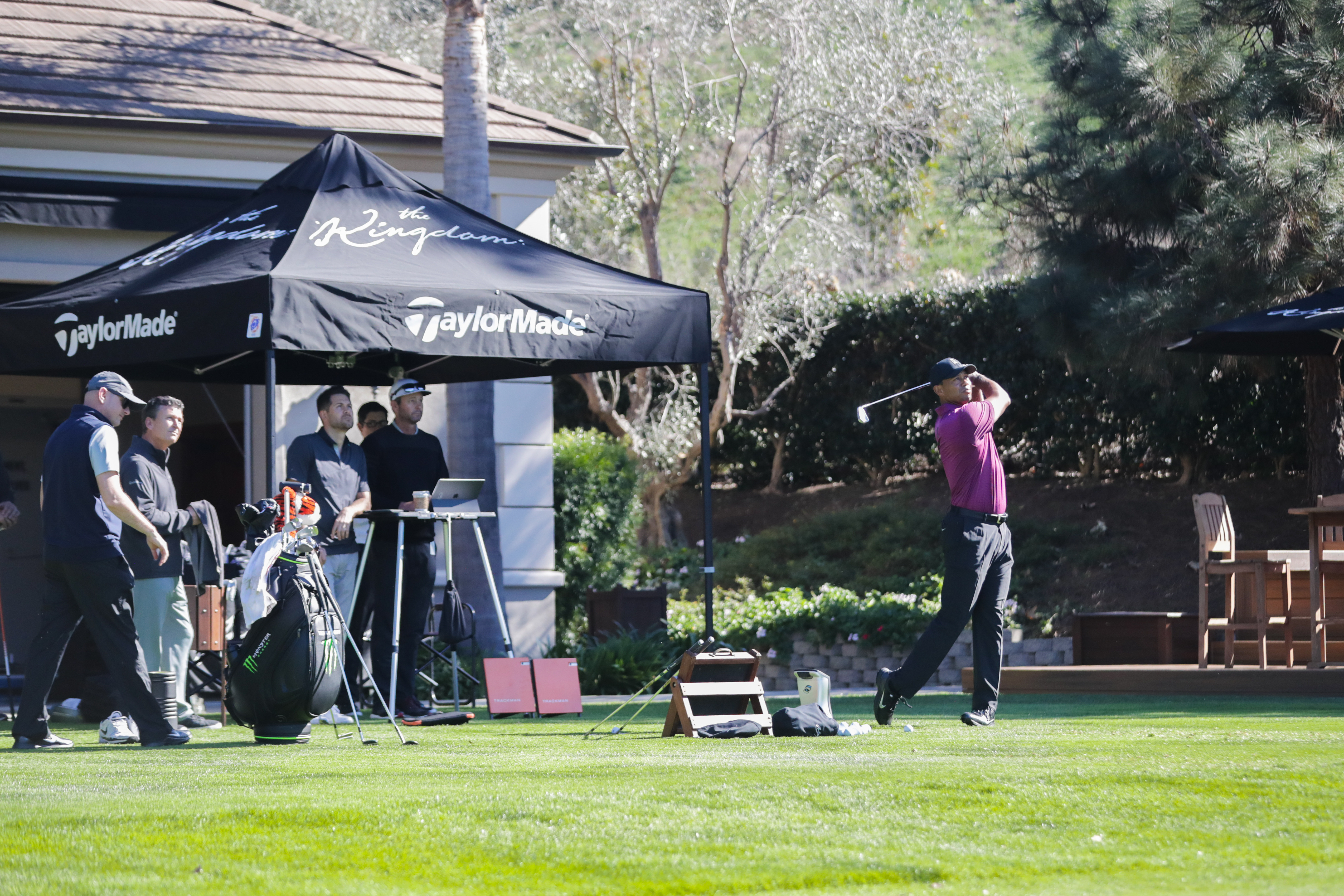 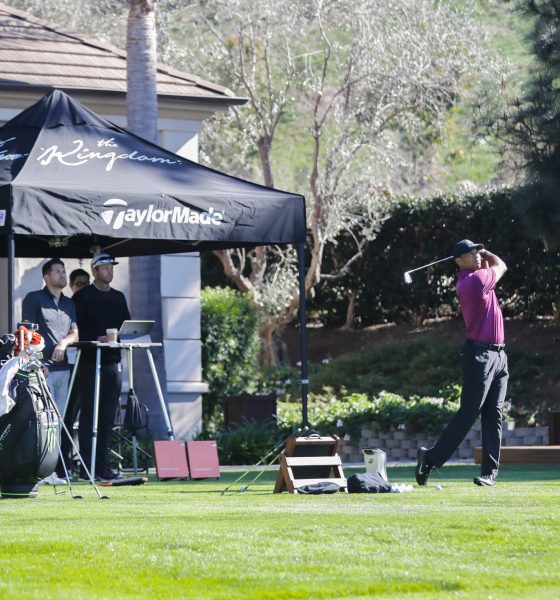 At this point, the story of the development of Tiger Woods’ TaylorMade irons has been told and told again. There have been numerous articles, YouTube videos, and even a TV documentary on how they were made—and even a Tour Championship and a Sunday Masters telecast to validate both models.

But I wanted to know the differences and similarities of the two TaylorMade iron models Woods has played since signing with the company in January of 2017: the Phase 1, and the final masterpiece the, P7TW. 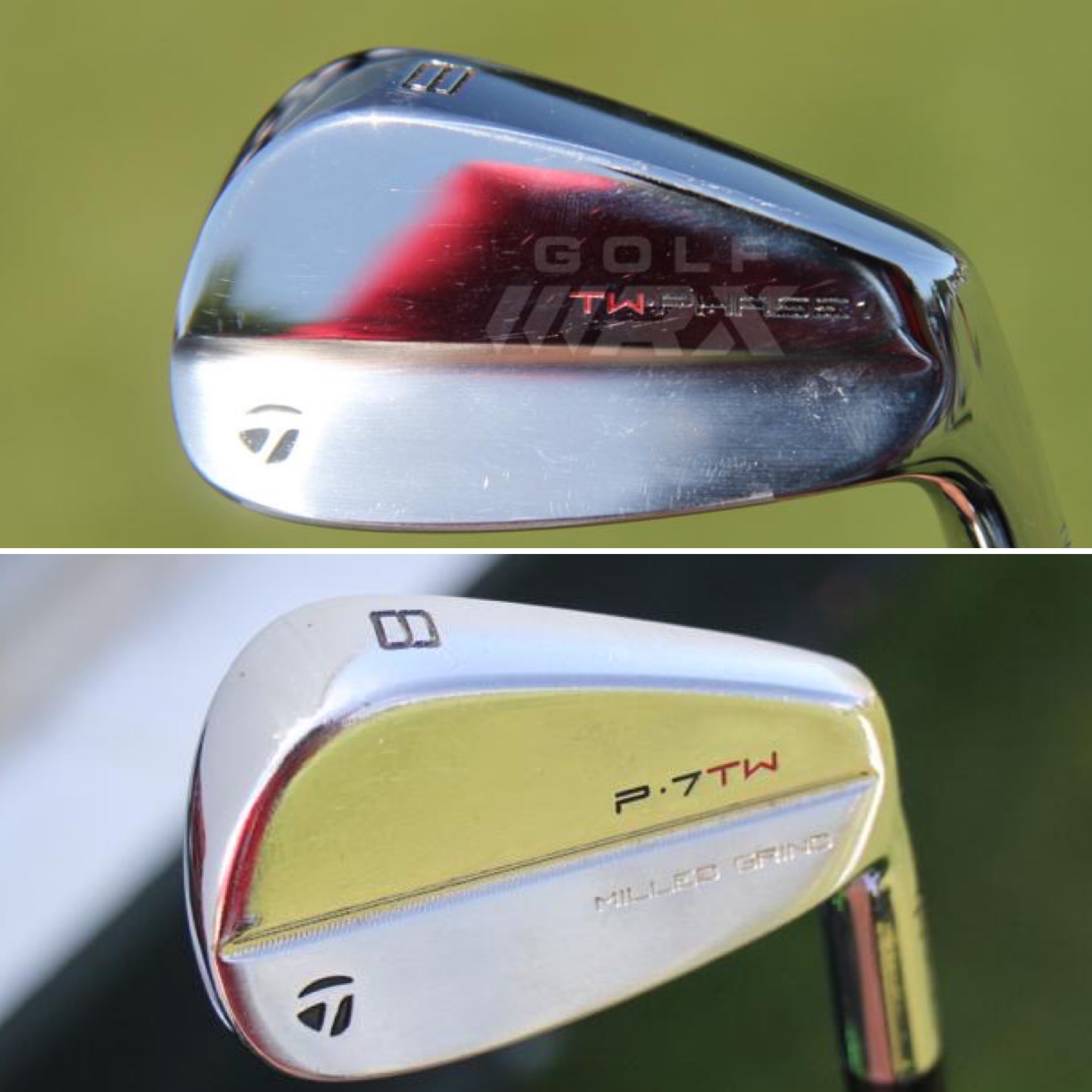 Fortunately, in this job, you become friends with a good number of R&D people, so I went to my buddies and TaylorMade Lead Engineers Paul Demkowski and Matt Bovee to fill in some blanks.

This is what they had to say.

JW: The Phase 1 iron was based on what previous iron of TW? What inspired it?

MB: The PH1 iron was based off of the set he was playing just prior, the TGR set. Inspiration for the P7TW is really founded in all the years of TW’s career. From the numerous victories, countless hours grinding, and all his majors… the P7TW is really a culmination of what he specifically wants in an iron design after years and years of being the best ball striker in the game.

JW: What was the testing process like going from his TGR into the Phase 1?

MB: The PH1 set was a collaboration between TaylorMade and Mike Taylor with a new cosmetic design we created. We didn’t want to change any significant performance attributes because the immediate goal was to get TW into a TM iron. We partnered with Mike Taylor to help with the creation of PH1 as well as the learning process required for the development of P7TW. For us, it was a learning experience as TW went through his testing protocol for a new set. Making sure everything was dialed in and felt right.

JW: What are the similarities of the two irons, PH1 and P7TW?

MB: There are a lot of similarities between the PH1 and P7TW from a performance perspective. It’s been said before, and I’ll say it again, TW is very, very specific in what he wants. Launch, spin, carry, look, feel…he has every attribute for each iron defined in his head. Nothing more, nothing less. They use the same lofts, lie, scorelines, essentially the same CG, etc.

JW: What kept PH1 from being the “Tiger Iron”?

MB: The PH1 irons were built from an existing forging profile. By using an existing forging he was familiar with it allowed us to minimize variables as we learned and dissected what works best for him. Even after the PH1 iron performance matched what he was looking for, TW requested the MG sole technology for his irons so he could replace them more frequently with much less testing from set to set. We needed to take this into account with a new TM forging design.

*The milled grind sole was designed specifically for this benefit. It has allowed TM to duplicate the sole of irons and wedges which in turn eliminates a number of steps during testing and/or mid season replacement.

JW: The name Phase 1 suggests a new version was to come, was that always a bridge iron into the current?

MB: Yes, we knew designing a TaylorMade iron for him from the ground up would take some time and we needed a “bridge” of sorts while the new design was in development.

JW: When TW began testing irons in the beginning, (knowing the challenge which is well documented) what was the original process like? Who was involved? 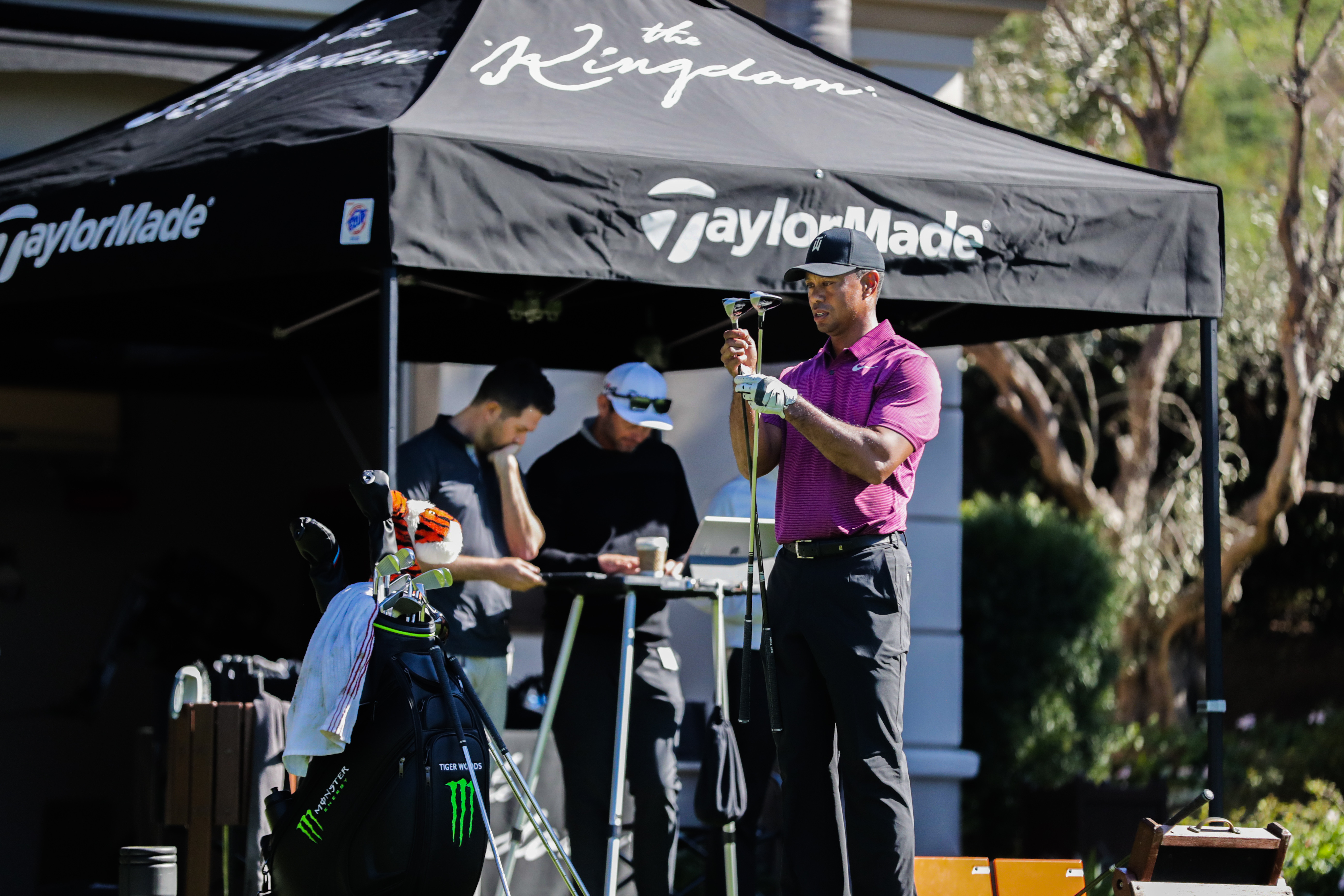 Tiger Woods matching things up at The Kingdom in Carlsbad

JW: How many PH1 sets were made?

MB: As far as we know just the 1 set. Mike Taylor would be the only person who would know differently

JW: What are the differences between P1 and P7TW?

MB: The largest differences are:

JW: Does TW only have input (R&D) on his irons or all the TM irons (forgings of course)

MB: TW’s R&D input on irons has been limited to his P7TWs up to this point…which was extensive. All the way down to a modified font for the sole number making it easier from him to read and therefore more confident he had the right stick. He has provided some input in other categories however, wedges most specifically.

JW: In your opinion is the P7TW the best muscleback TM has ever developed?

MB: “Best” is such a relative term that lies in the eyes of the beholder… It is certainly the most prestigious with the most design iterations and R&D development.

JW: If you could project into the future, what improvements if any could be made to a TW iron?

MB: Because that iron is specific to him and what he wants, there really isn’t any way we could make it better unless his swing or style of play changes. The P7TW is dialed in for TW’s game as it exists today. 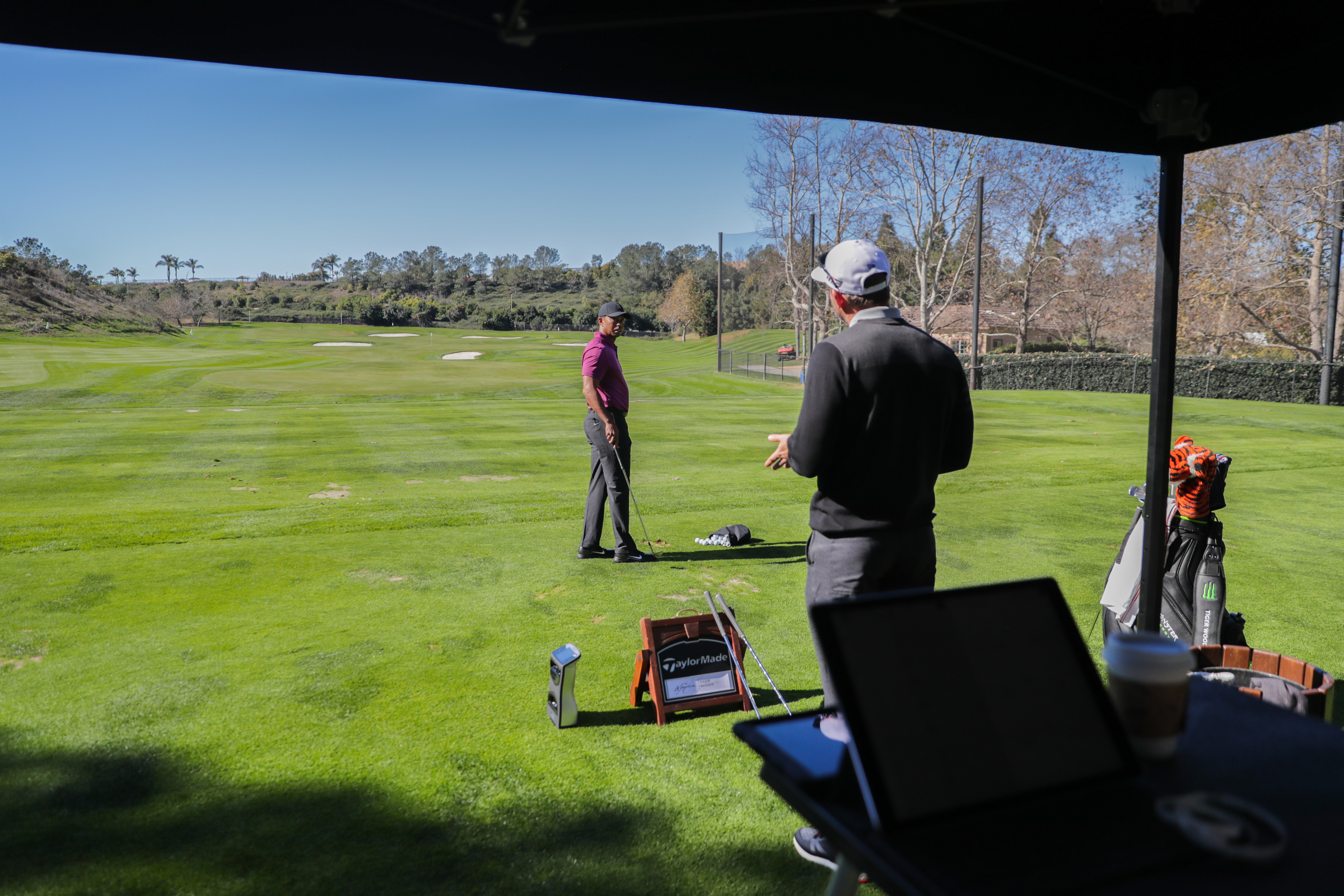 Tiger Woods and Keith Sbarboro at The Kingdom

Paul Demkowski, Sr. Product Engineer was the person that worked the closest with Mike Taylor in the development of both models and this is what he had to say

JW: Are you still in close contact with Mike Taylor at Artisan? and if so is it more just to verify info or is it also for future R&D?

PD:  Yes, I’m still in close contact with Mike T. He continues to build the irons for TW. He verifies all the specs as they are built and records the data.

JW: In regards to the  CG placements between P1 and P7TW what is the difference?

PD: CG locations are very close. Couldn’t deviate too much as he would feel the difference and would see it in his ball flight.

JW: Random question but had to ask, did you ever attempt to make TW a specific driving iron?

PD: No, never made a specific TW driving iron. Only thing I did once make a slower P790 UDI for him. He said the standard one went too far. LOL.

It’s also noteworthy that TW’s specs don’t change much but as you can see current set up, the only real shift in his irons is lie angle which will go up one depending on his swing at the time. 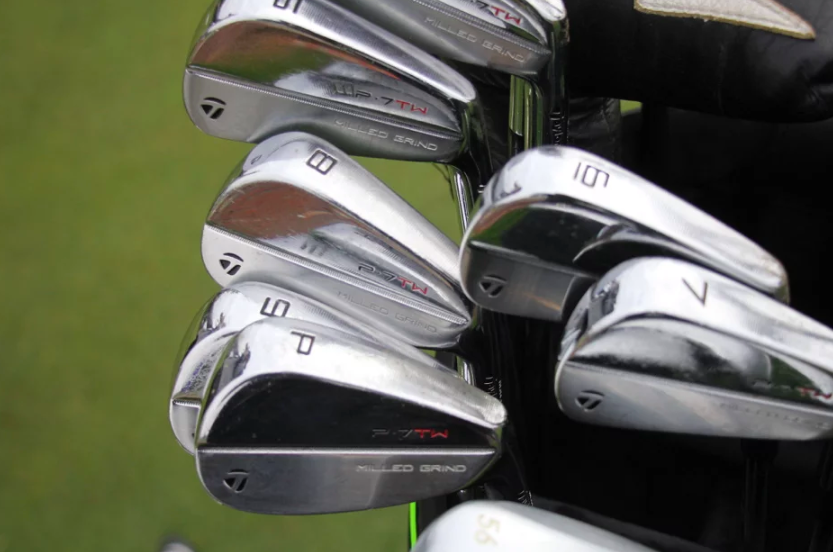 Another cool aspect of Tiger’s irons (rarely spoken of) are his shafts. The shafts are True Temper Dynamic Gold Tour Issue X100 with no labels, and they are sorted to exact weights (130 grams) and sent to Scott Garrison (@ScottEGgolf) to SST Pure, then over to David “DR” Richey at Artisan Golf to be built. Lots of cooks in the kitchen, but it’s Tiger, so no doubt totally worth it for all involved! 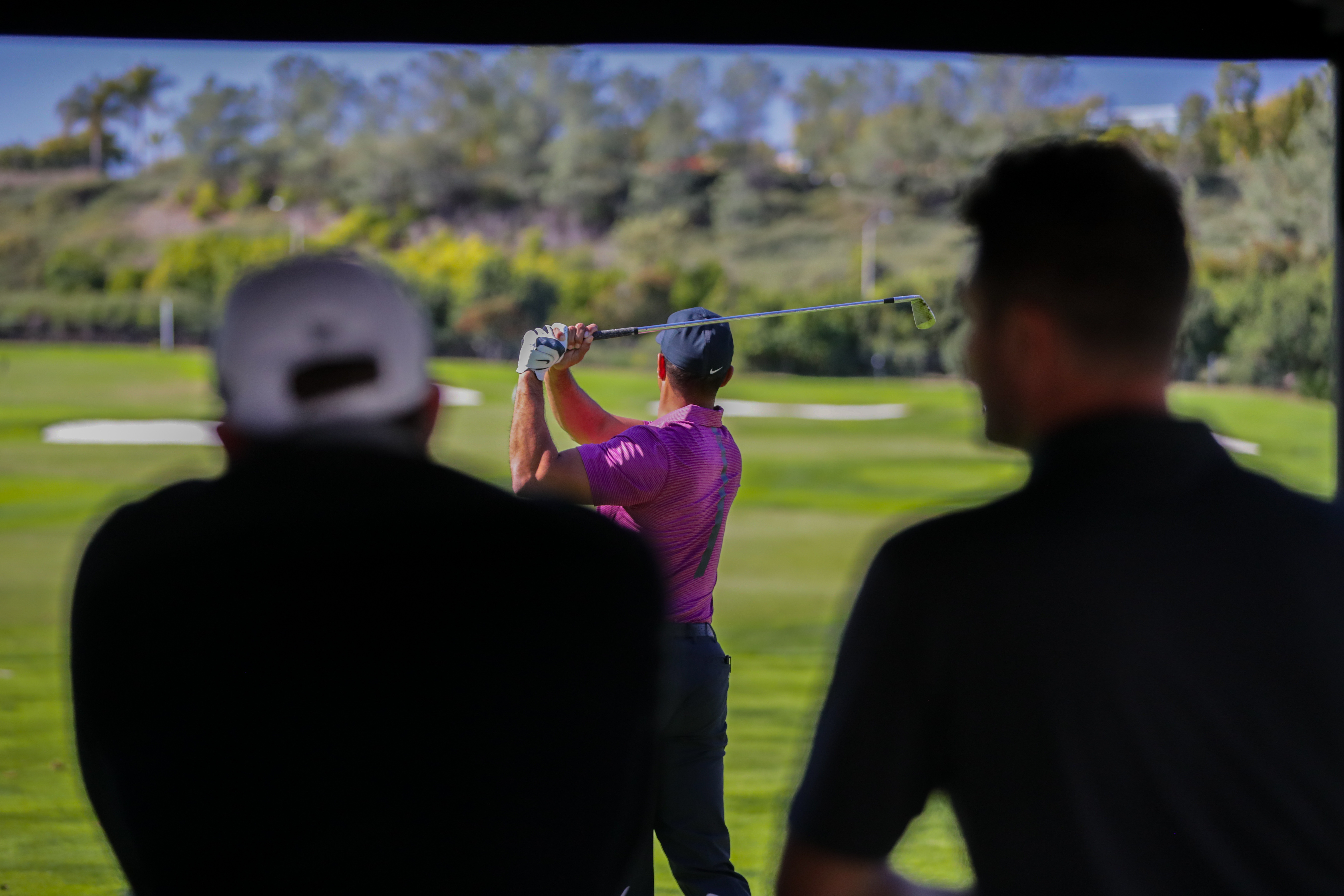 What GolfWRXers are calling the “best feeling hybrids” 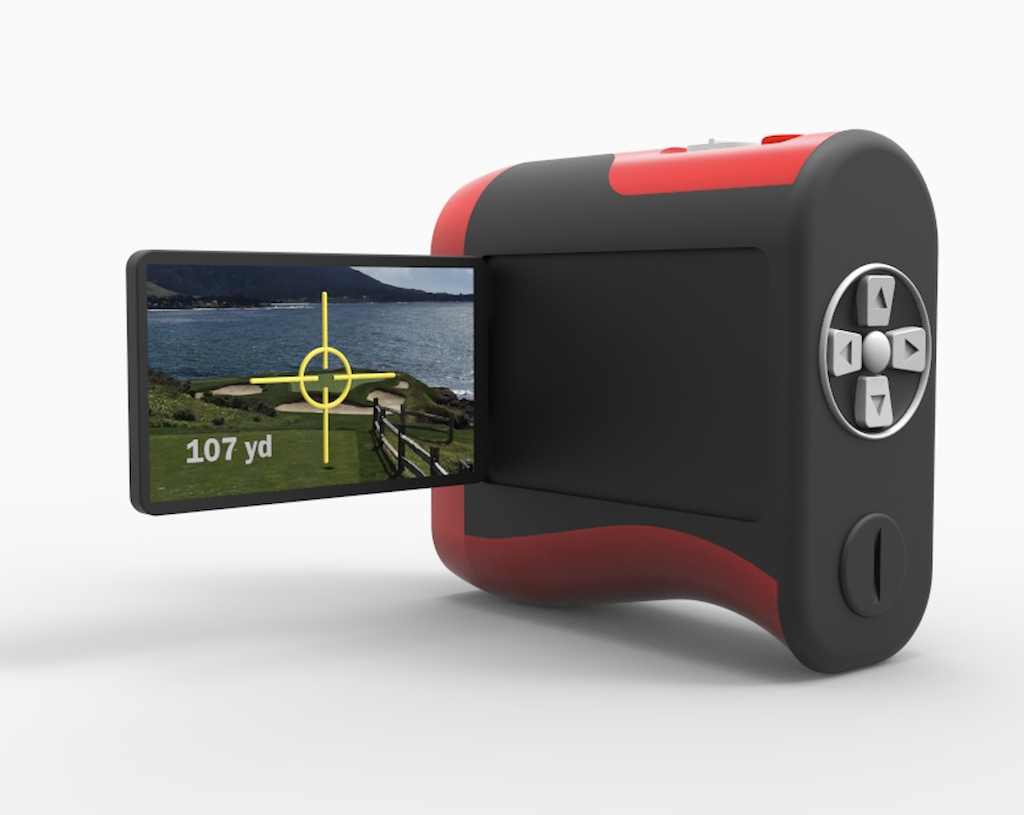 As promised, we’re checking out all the digital booths at the 2021 Virtual PGA Show for items of intrigue and note, and we’ve found no shortage of interesting items.

Here are a few of our favorites from our first day of browsing. 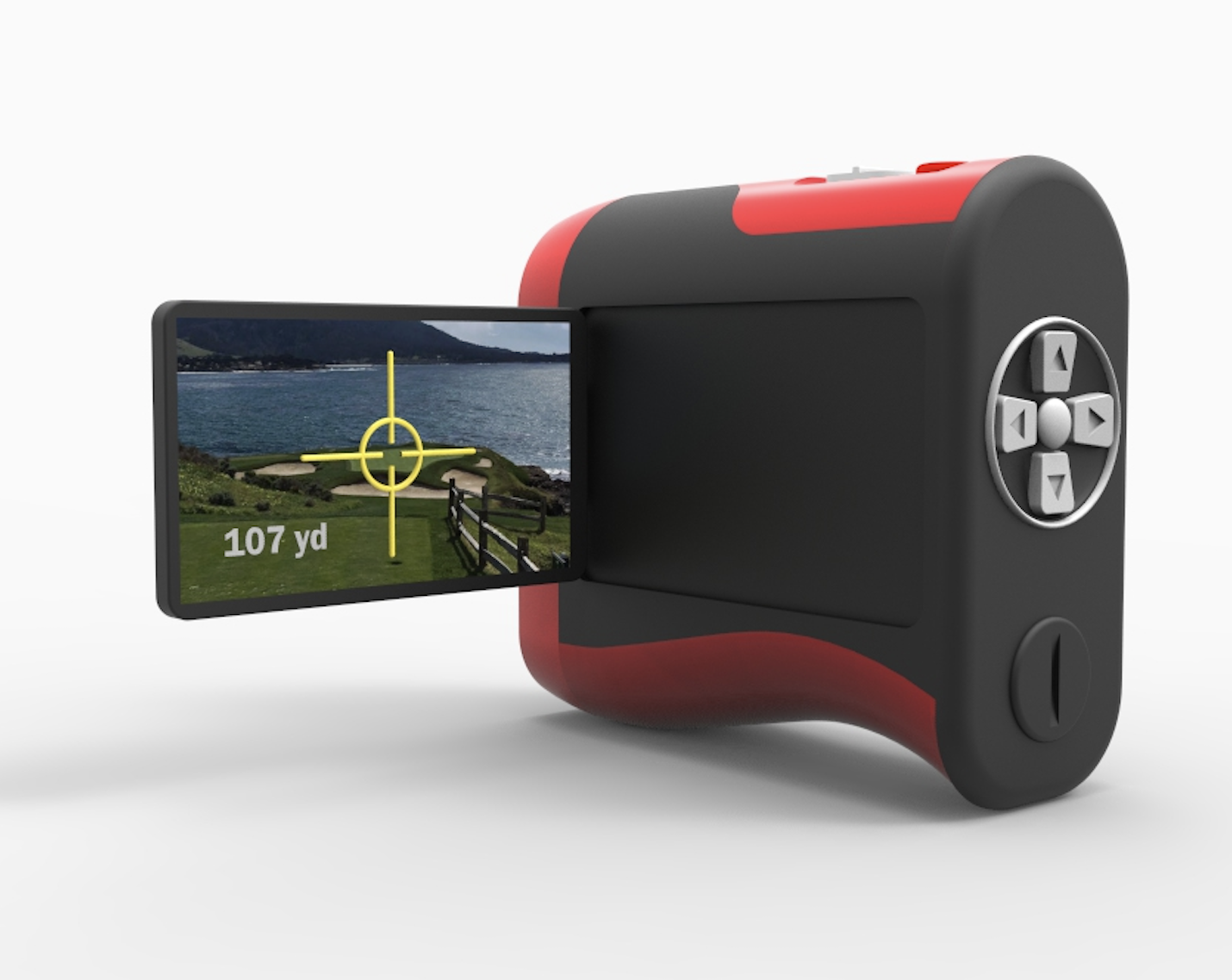 That’s not a flip screen video camera—it’s an alternative to playing pirate with a telescope to acquire distances.

Product description: Our rangefinder adds an external 3″ LCD screen which makes it much easier to search the target. No more twitching eye, sunglass in the way, or shakey hand, our rangefinder eliminates all the problems that many golfers experience. It is simple as using similar to digital camcorders, just point, and press. Golf will get the right distance to help them select the right club to improve their scores. 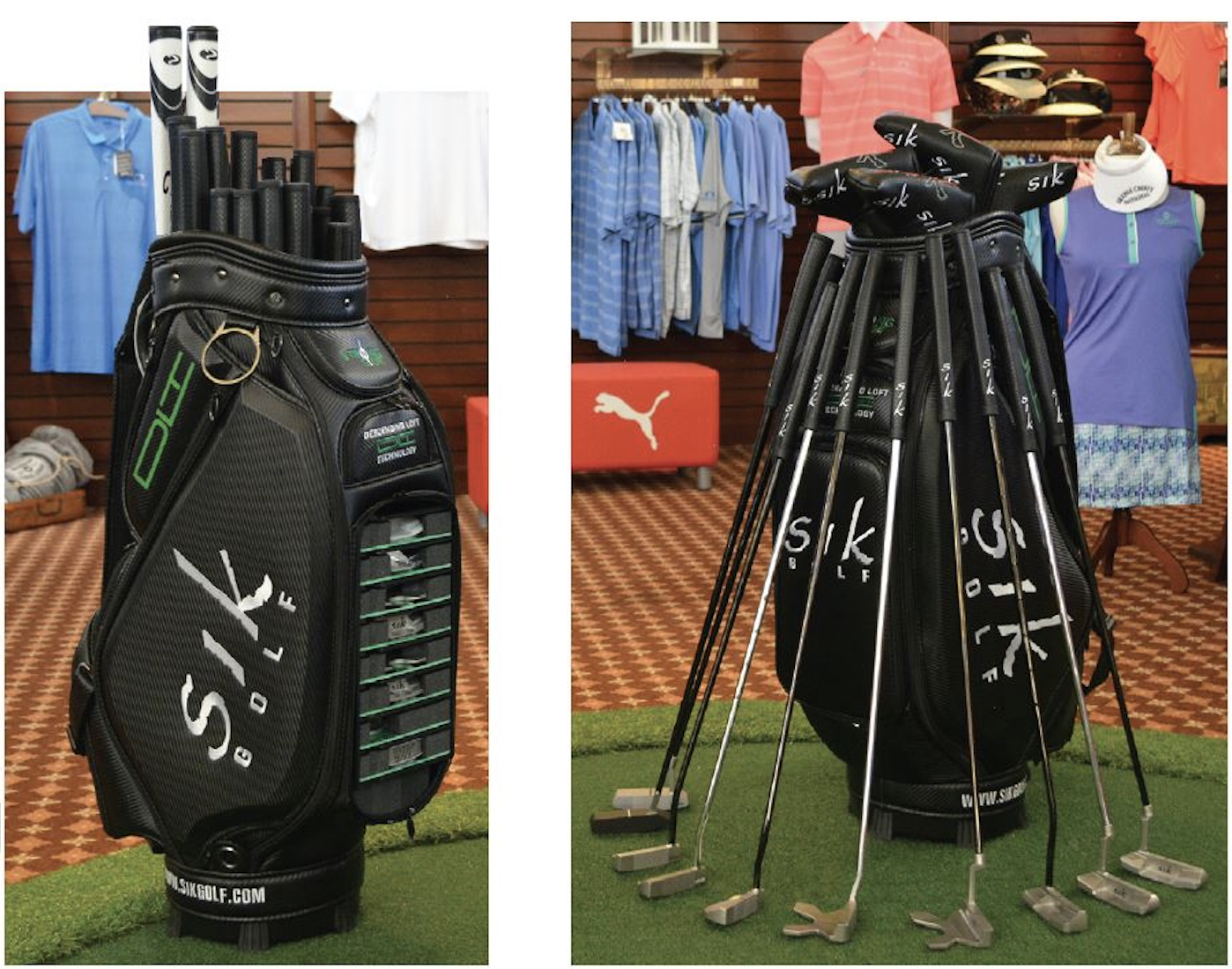 We like this presentation of the buffet of options for Sik putters both for the fitting capabilities and the minimal use of shop square footage for retailers…and of course, if you’re a real gearhead, you just buy the thing for personal use. 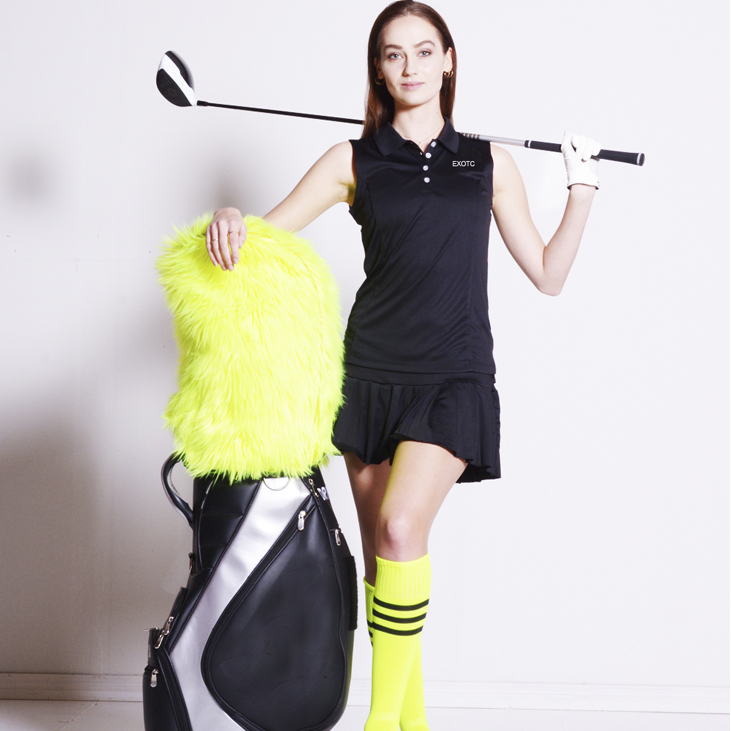 We’ve seen specialty bag hoods before, but nothing on the level that Custom Golf Bag Hoods is doing.

Company info: Custom Golf Bag Hoods was created so that golfers around the world could dress their bag up from the ugly black rain hood you get when you buy the golf bag which eventually you’ll end up losing or miss placing it. CGBH are made of water-resistant nylon fabric with a 24-inch zipper and vinyl leather piping to keep the hood upright and sturdy, velcro straps to secure it to the bag, and DIY button snaps to make your own buttons in the position of your existing snaps on your bag. 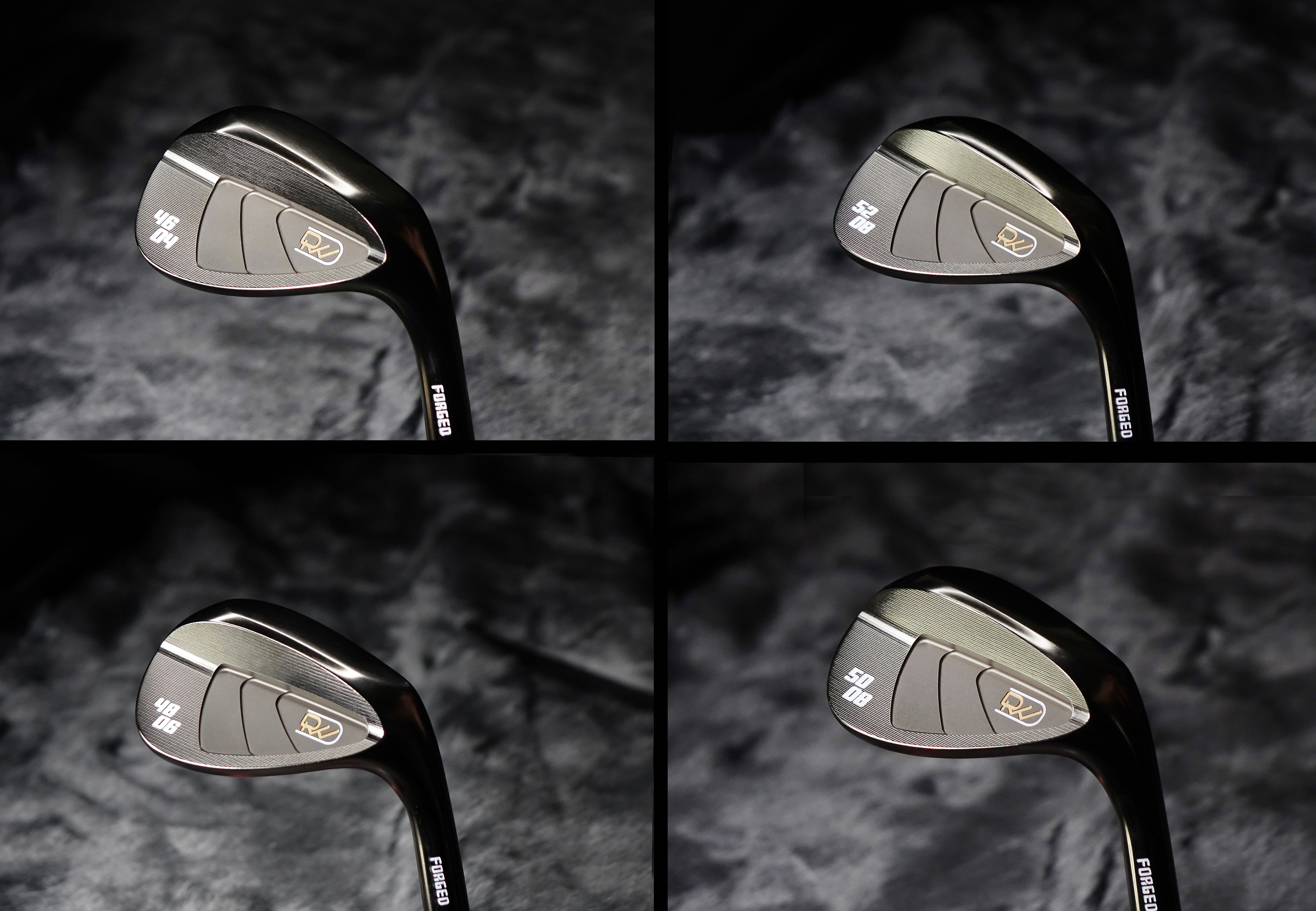 While we can’t speak to the feel or performance, the materials story is compelling and the aesthetics would definitely earn these wedges a test at a traditional PGA Show Demo Day!

Product info: RW Design Wedges are made from forging carbon steel and milled face for maximum spin around the greens. Grooves and face are machined for spin and face variable thickness controlled for performance. 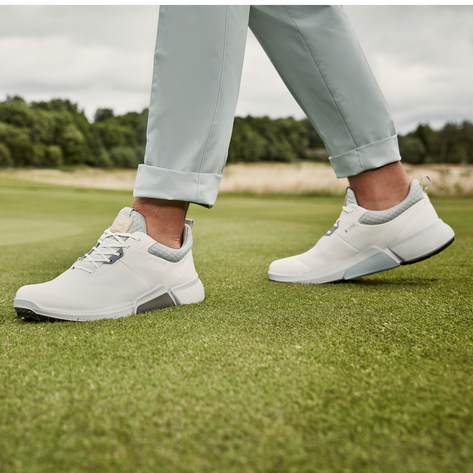 An enhanced, improved, and even more stylish version of one of the most popular designs on the market. What’s not to love?

Product description: The ECCO BIOM H4 is made in durable ECCO leather with a slick, micro-perforated embossing and GORE-TEX waterproof technology to keep your feet dry even in wet conditions. The new ECCO MTN GRIP outsole features our signature FLUIDFORM™ Technology, as well as an eye-catching PU midsole with TPU inserts on either side that securely hug your foot and offer added stability and support while you’re on the green. 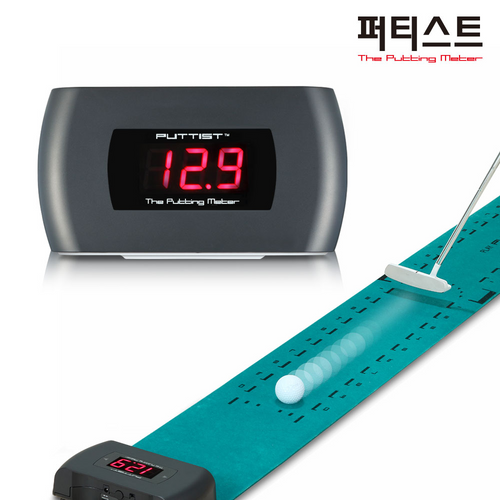 We may be biased, as our James Chang covered the Puttist back in November, but this is one of the most unique training aids on the market.

Product description: Puttist Inc. was established in 2009 for “PUTTIST”, the first putting meter in the world. Don’t practice, just have fun with distance-metering game up to 50ft. Your score will go up so naturally and no more suffering from 3-putt. That is why people call “PUTTIST” 3-putt Killer! Rechargeable and Plug-in model available for meter and feet. Just Putt & Win! 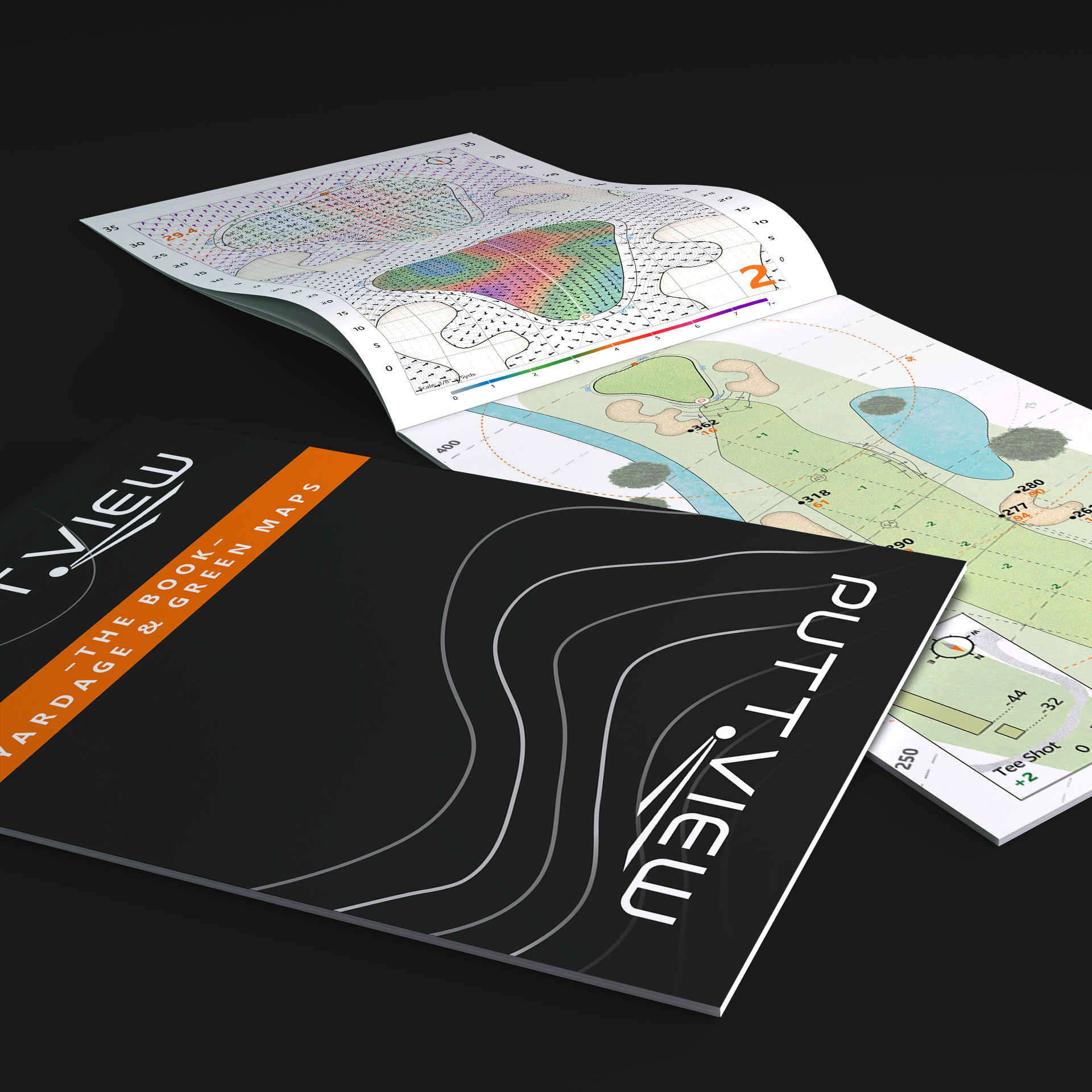 There are plenty of green book vendors, but Puttview’s stylish presentation of the maximum amount of information allowed under USGA rules definitely caught our eye.

Product description: PuttView’s “The Book” is the component that brings your indoor and outdoor experience together. Every detail of “The Book” was designed to help you save a shot under the most critical tournament situations. PuttView’s technology and attention to detail results in the most accurate book allowable under the Rules of Golf. 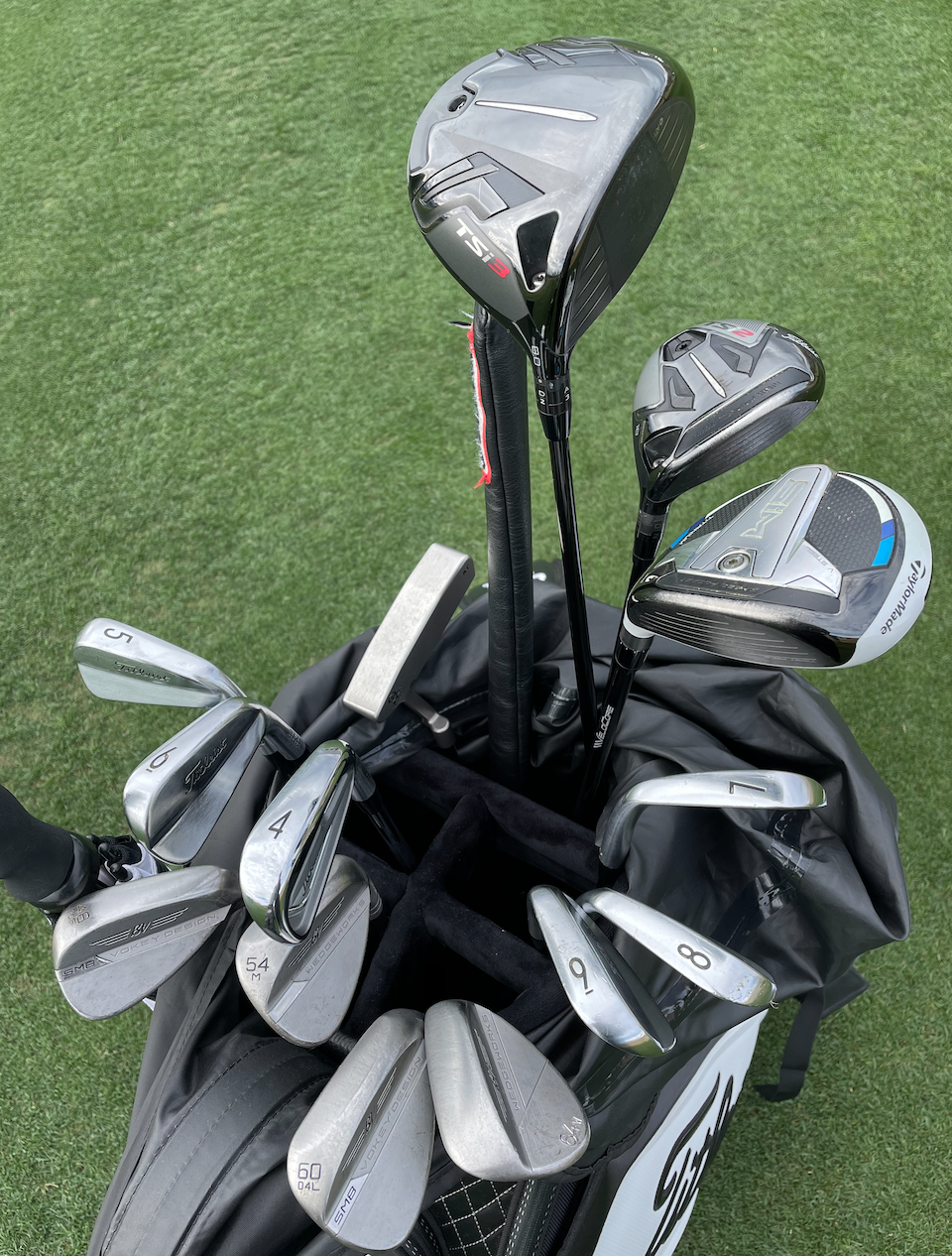 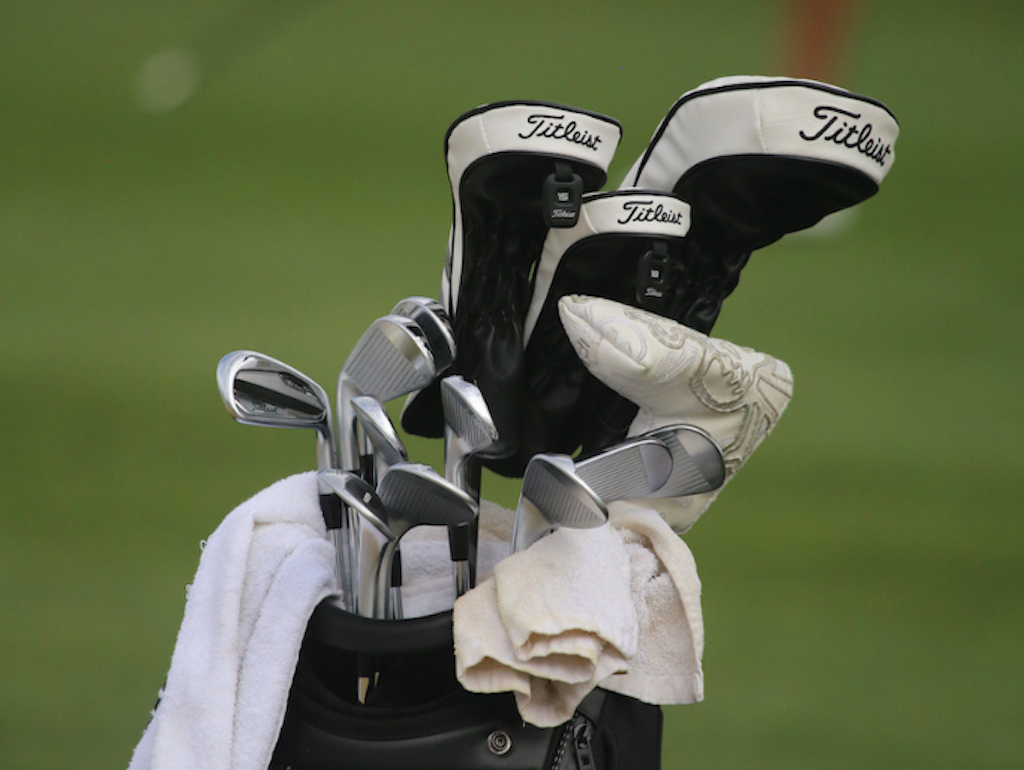 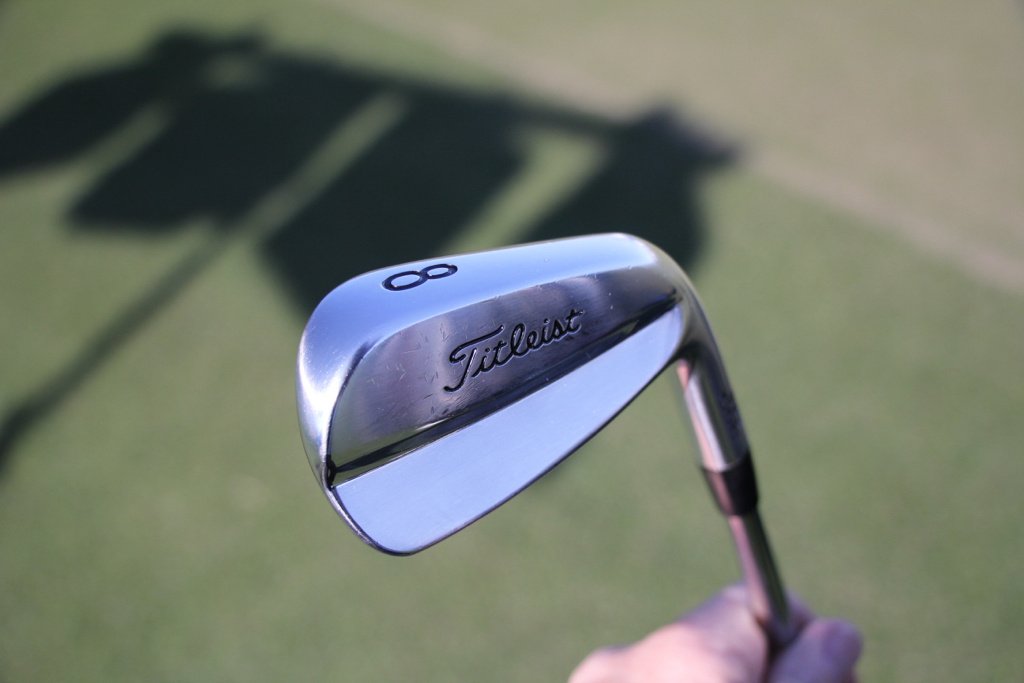 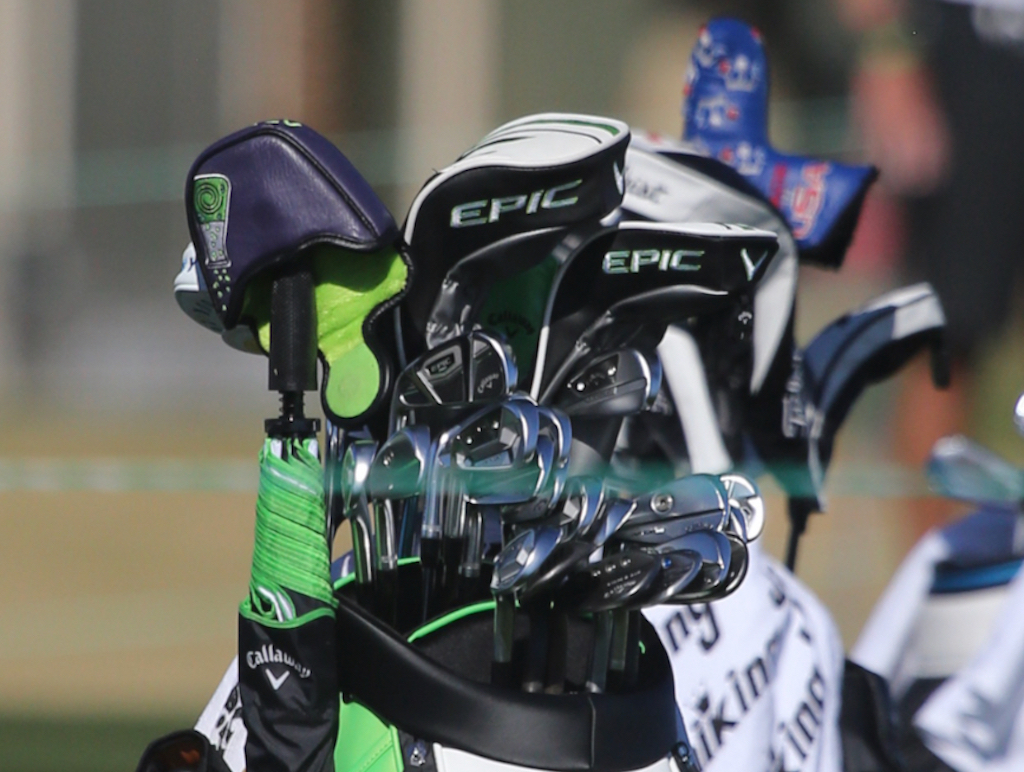 Akshay Bhatia what’s in the bag accurate as of The American Express. 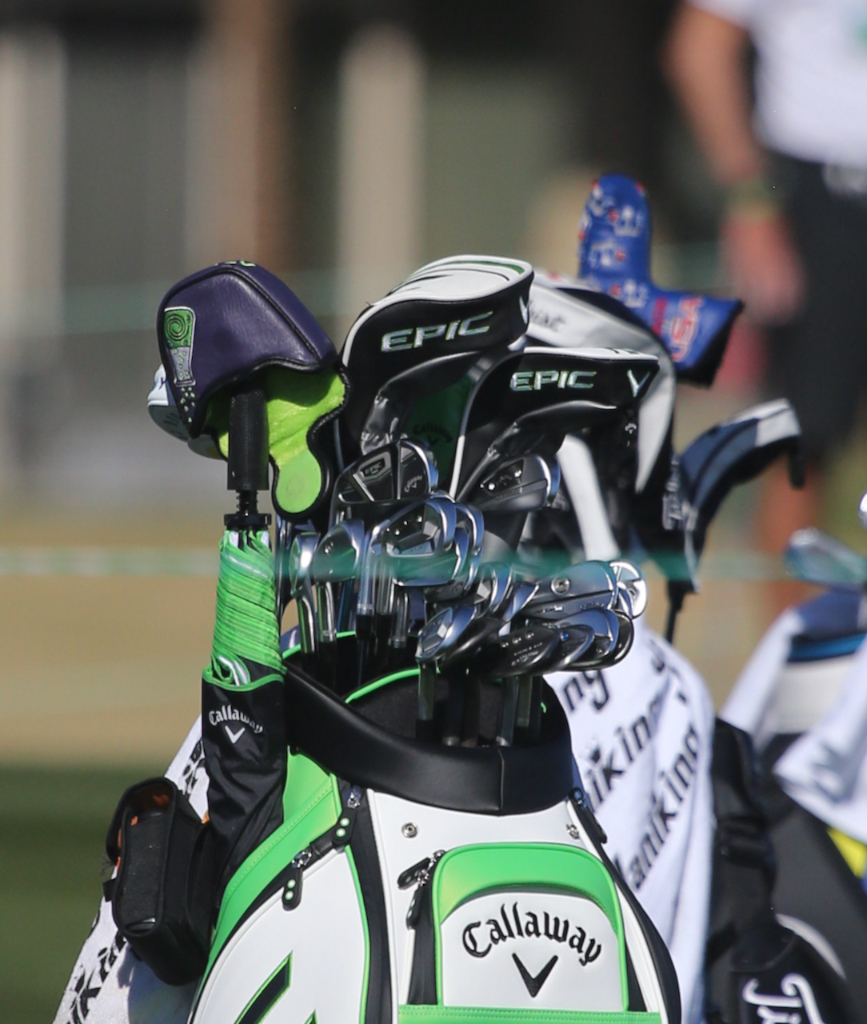 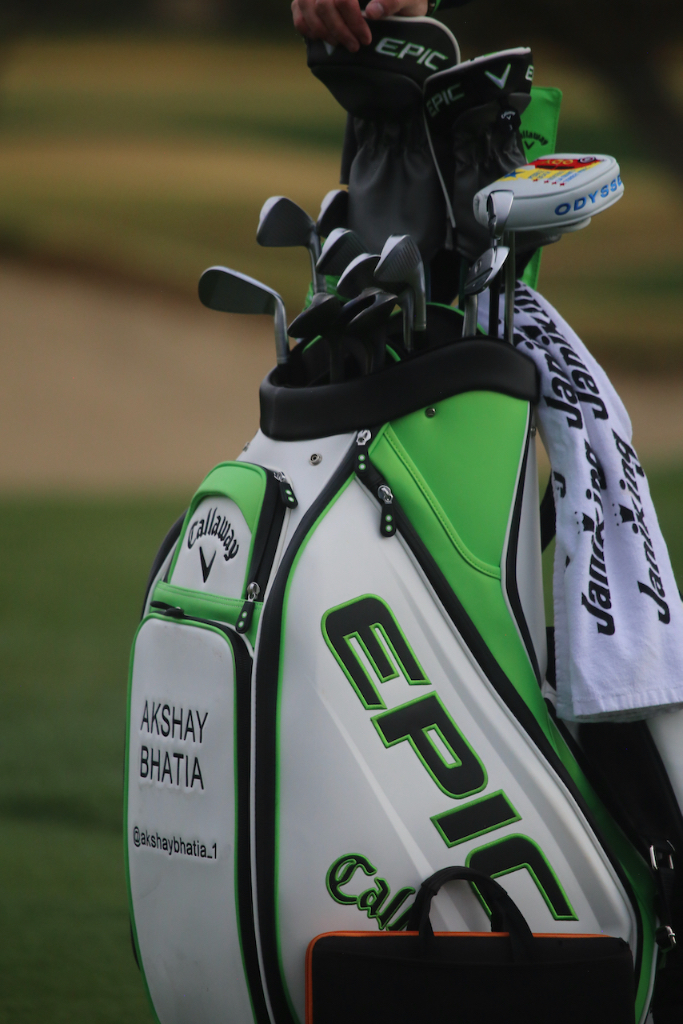