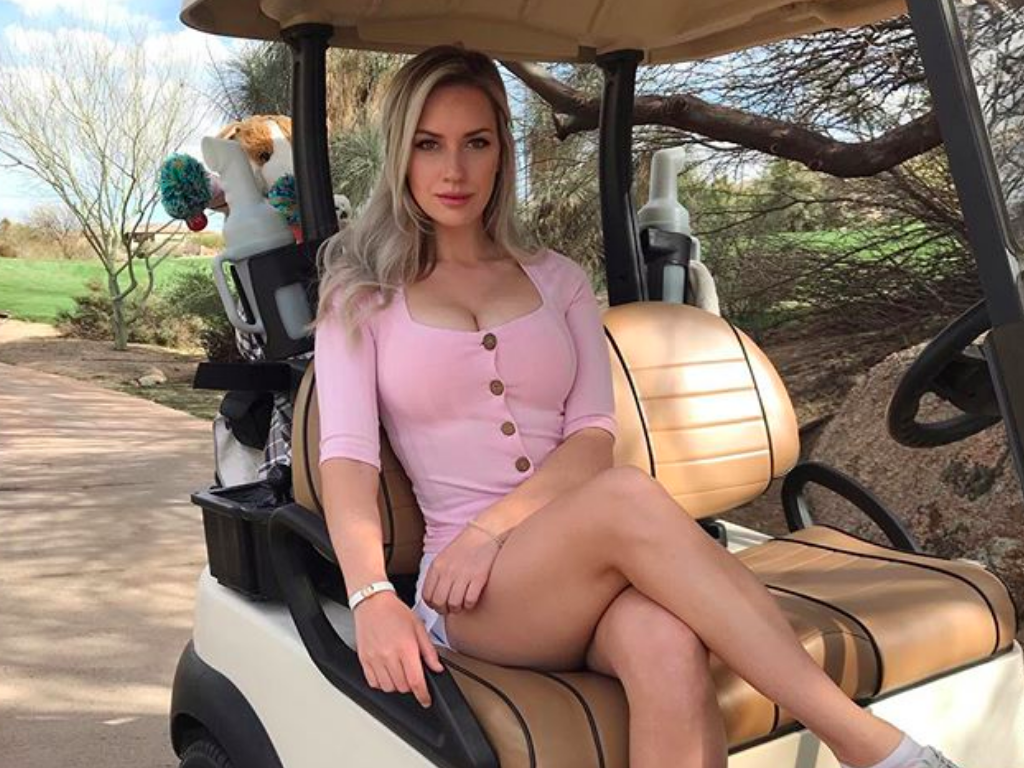 Women’s golfer and social media personality Paige Spiranac has lashed out at the culture in golf, calling the sport “elitist”, “stuffy,” and “exclusive” – reasons why she feels she has never been welcomed into the game.

The 26-year-old who broke onto the scene as a college prodigy was speaking on her podcast Playing-A-Round, where she criticized the dress code of golf which she claims is hypocritical and the culture of the sport which she calls a “big boys club”.

“They call it a gentleman’s game but those guys definitely don’t act like gentlemen a lot of the time. There’s just so much hypocrisy in golf, and it’s so frustrating for me.

It’s this big boys club where if someone does something they’ll cover that up…but I wear a tank top, and I’m the s–t, and I’m the w—e, and I’m the one that’s ruining the game.”

Spiranac, who boasts over 2 million followers on her Twitter page, also revealed on the podcast that she was once rejected from helping a charity because of her cleavage.

“I wanted to help this charity out, and I wanted to give them free golf clubs. The guy wrote back and said, ‘We would love to but, because of the way our board members view you, you can’t help out’. I want to give back to these kids who don’t have anything, because I grew up not having anything, and I can’t even f—ing do that because of my cleavage.”

The 26-year-old who enjoyed a brief stint on Tour believes problems with inclusivity is one of the significant issues facing the sport, and how the game creates boundaries that don’t need to be there – chiefly in the fussiness over what you can and can’t wear on the course.

“We bond over having a common interest, and we all love the same thing … I don’t understand why it matters if you’re wearing a polo (shirt) and I’m not wearing a polo.

If a guy on tour wears shorts instead of pants, the world’s not going to end. In golf, people make all of these problems so serious, and it’s not serious.”

Guys, I have a podcast now called Playing A Round! First episode drops today so check the link in my bio to subscribe???? Yes we will be talking golf but also covering so many other topics! Nothing is off limits. Can’t wait for you all to get to know me a lot better! Xoxo???? Ask me questions down below and it might end up on my podcast! And follow @playingaroundpodcast!

How much each player won at the 2020 Arnold Palmer Invitational