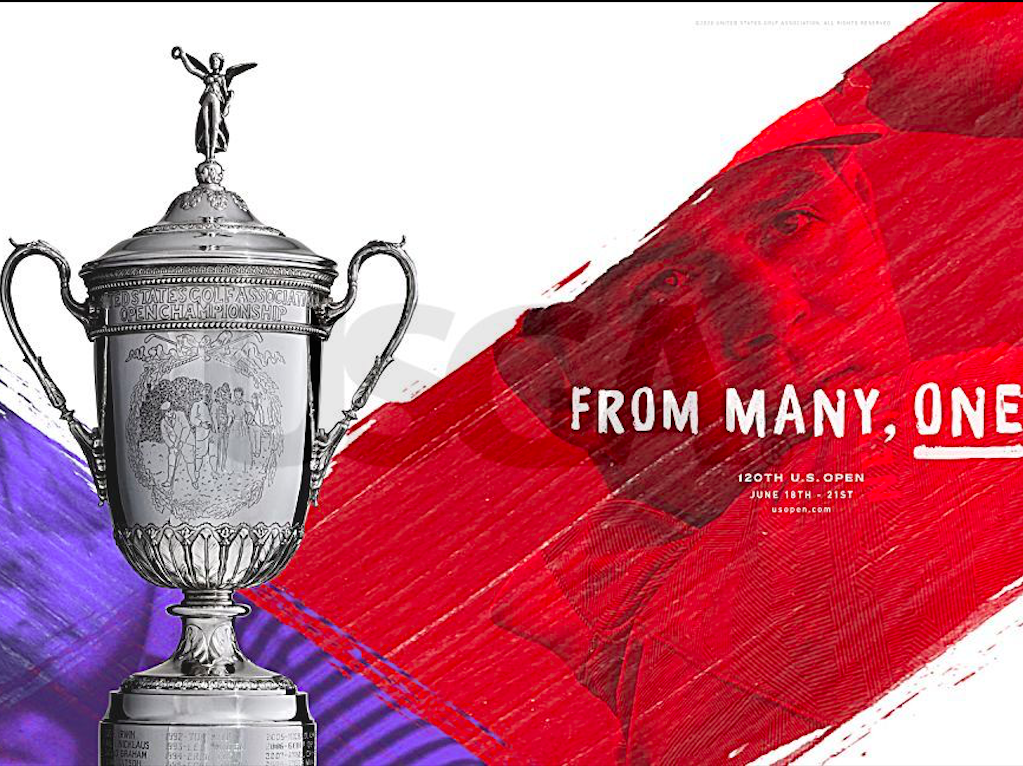 The USGA has unveiled its new U.S. Open brand platform – ‘From Many, One’ – as part of the organization’s ongoing commitment to invest in the U.S. Open and elevate the championship experience for players and fans.

What to expect from the ‘From Many, One’ Brand Platform.

The USGA’s social and digital platforms will feature videos, testimonials and other content that documents golfers’ journeys and allows fans to experience their hard work and determination.

Fans attending this year’s U.S. Open Championship at Winged Foot will be immersed in the brand campaign, with the USGA planning on an “integrated approach to showcasing the championship as a glory-filled spectacle that the world is invited to see, feel and experience.”

Speaking on the ‘From Many, One’ brand platform, Mike Davis, CEO of the USGA said

“The U.S. Open is more than a golf event, it’s more than a test or evaluation, it’s an experience that brings people together to share in the electricity that comes from players pushing themselves beyond their limits to achieve their dreams.

The brand platform will be the perfect vehicle to share the story of the U.S. Open, a celebration of the accomplishments of the players who compete for the championship and everyone who makes the event so special.”

Television and digital video viewers will be provided with multiple ad spots throughout the U.S. Open qualifying process, which begins in April.

Golf fans will also get the chance to see a new series titled “From the Many: The U.S. Open Is…” featuring amateur golfers discussing their qualifying stories and the path that the “many” will take to get there.

Vignettes featuring Jack Nicklaus, Tom Watson and Tiger Woods, among others, highlight a series titled “From the Ones: The U.S. Open is…” which will showcase past champions as they reflect on the significance of the U.S. Open and the moment that they became the “one.”

A preview of the brand campaign dropped earlier this year with the airing of a 15-second U.S. Open tune-in advertisement featuring actor Don Cheadle. Oscar-nominated Cheadle, who serves as a U.S. Open brand ambassador, will continue to voice a variety of video content, including multiple U.S. Open brand television spots running up to the event – including the first: ‘E Pluribus Unum, Baby’

The brand will also feature on print and digital platforms which, per the USGA, will contain “a competitive and gritty aesthetic and take on a sharp and witty tone.”

How was the concept created?

The brand platform was developed in partnership with Culver City, Calif.-based Zambezi. A new take on the motto ‘E Pluribus Unum’, through ‘From Many, One’ the USGA will celebrate the nearly 10,000 golfers who will try to qualify for the championship, the 156 who will play, and the one who will be crowned U.S. Open champion.

The premise ‘From Many, One’ was first seen at the U.S. Open back in 1895 in the first-ever edition of the championship, and speaking on the re-newed brand platform, Gavin Lester, the chief creative officer of Zambezi said

“’From Many, One’ will extend far beyond television commercials, print and digital advertising as fans begin to “live the brand” through the U.S. Open. USGA social and digital platforms will feature videos, testimonials and other content that documents golfers’ journeys and allows fans to experience their hard work, grit and determination.” 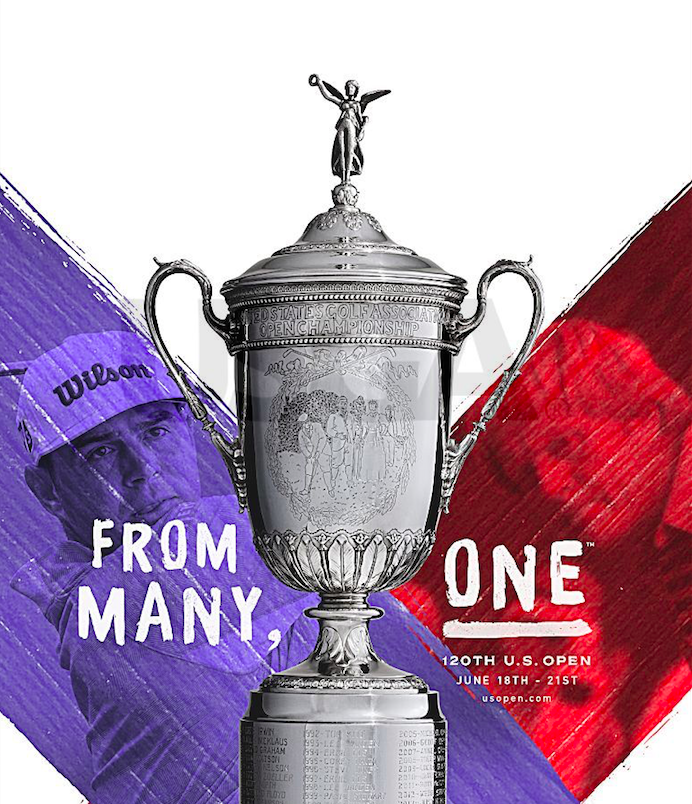 In creating the brand platform, the USGA engaged key stakeholders, players, fans, media members, partners, representatives of host sites and volunteers and asked them to share their thoughts on what makes the U.S. Open a one-of-a-kind major championship.

According to the governing body, for many, the answer was that the uniqueness of the event came down to the “open” nature of the championship, as well as “the grit and determination it takes to become a U.S. Open champion and the triumph of the human spirit” – allowing for the creation of ‘From Many, One’.

Tickets for the 2020 U.S. Open Championship, which takes place from June 15-21 at Winged Foot Golf Club, in Mamaroneck, N.Y., can be found at usopen.com. 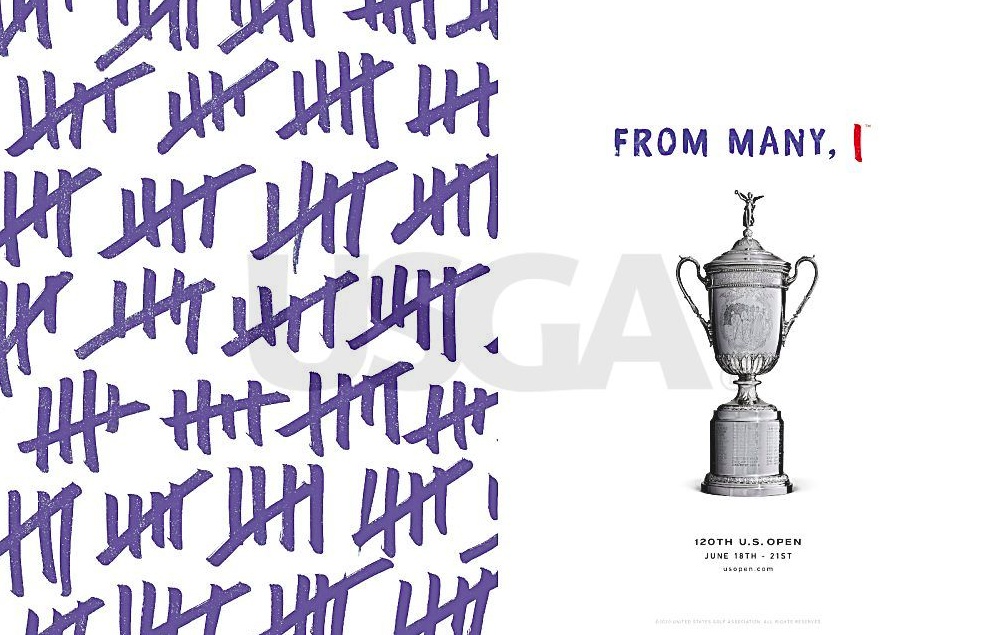 How much each player won at the 2020 Honda Classic 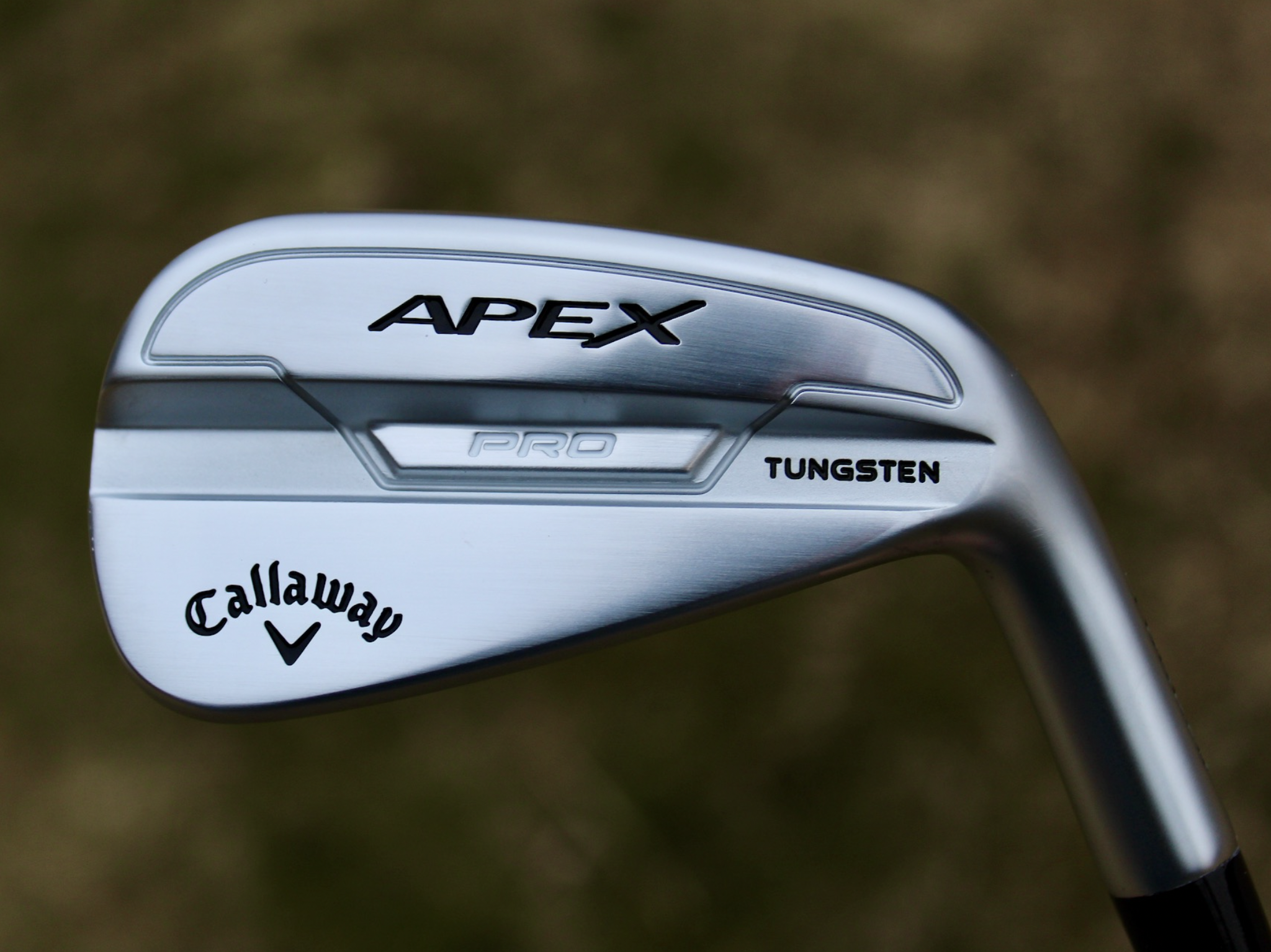 A recent study conducted by Stephen Smith, chief psychologist at the UK-based Sports Psychology Ltd (SPL), sought to determine the brand preference of golfers based on them having either an extrovert or introvert personality.

As reported by FirstCallGolf’s Ken Klavon, Smith, who has worked as a psychologist to professional athletes in golf, Formula One, rugby, and football, posted a short questionnaire with questions on golf equipment preferences focused on around 15 brands, followed by a level of personality questions.

The study focused on three main character identification questions for the personality section: Introvert versus Extrovert, Pragmatic versus Visionary, and Logical versus Idealist.

After receiving “hundreds upon hundreds” of responses, the data, matched up with their favored golf equipment, showed the following results:

Ping was the preferred brand of 40% of those who were identified as introverts, while Titleist was next up for introverts, with 18% of those naming the brand as their favorite.

Callaway and TaylorMade were brands that 40% of those identified as extroverts chose as their favourites.

Smith’s data also concluded that “60 percent of golfers are sensory pragmatics who will be driven by the look, feel and sound of any equipment” and that golfers are by and large a group of consumers driven by a futuristic vision.

Amongst his takeaways, Smith said:

“This study shows that golf needs to be much more sophisticated in its understanding of the customers it is connecting with, and in the way it communicates to build that connection.

How do you get personalities to react to something, particularly a piece of equipment? No doubt the 2020s may be the decade when the psychology of design will be as important as the engineering that underpins it.”

Find out more about the study here. 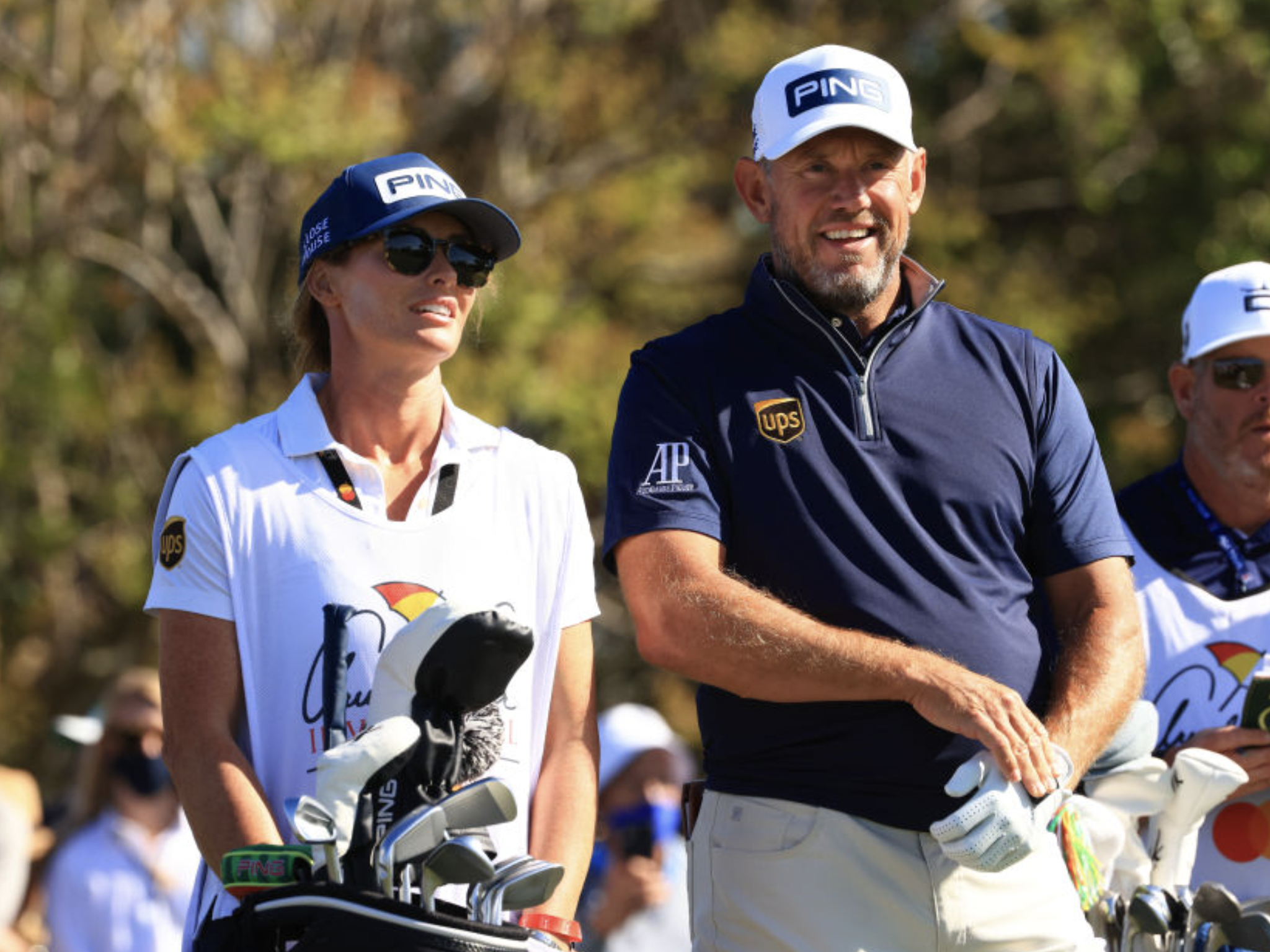 Lee Westwood has been a member of 11 European Ryder Cup teams as a player, but at the tender age of 48, captaincy feels like a logical next step for the Englishman.

Westwood’s potential captaincy has already been discussed openly, and he was not shy to share a change that he would make in 2023 if he was in fact given the opportunity.

“Four, four, four my first thought would be–four off the Euro list, four off the world list and four picks. Different captains have different ideas and that’s the nice thing about playing under 11 different ones,” Westwood remarked.

It’s hard to argue with Westwood’s perspective, who just tied Nick Faldo for the most Ryder Cup appearances ever at 11. It’s also difficult to knock Westwood for suggesting that the European team should give themselves more leeway with their selections.

The United States team had six captain’s picks, and Captain Steve Stricker did an excellent job of selecting players that possessed the ideal skillset for Whistling Straits.

Despite being the clear favorite for Team Europe’s next captain, Westwood continued to keep his cards close to his chest. “I’ll assume I’ll get three or four months to think about it but people keep coming up and saying, ‘Are you going to be the captain in Rome?'”

The 2023 Ryder Cup will take place at Marco Simone Golf and Country Club in Guidonia Montecelio near Rome from September 30th in October 2nd.

After a missed cut last week at the Shriners, Rickie Fowler looked a lot more like his old self on day one at the CJ Cup, firing a blemish free 66 to put himself in a nice spot early in Las Vegas.

Last week’s missed cut allowed the 32-year-old to visit his former swing coach Butch Harmon, who gave Rickie his “stamp of approval” on what he and current coach John Tillery have been working on.

Speaking after his 66, Fowler said on the visit:

“Yeah, so obviously having the weekend off last week, the course here was closed, and I wanted to hit balls. So it’s always fun to catch up with Butchie, he’s someone that’s just fun to be around, and on top of that it was nice to use the facility over there, hit some balls.

For me, for the most part, since I worked with him for such a long time in kind of the middle part of my career there, I think just getting kind of like his stamp of approval.

Speaking to Golf Channel’s Rex Hoggard, Harmon confirmed that he didn’t offer any advice and that his former pupil was swinging well.

“He came over a couple days really just to hang out, I thought he was swinging fine. Didn’t really help him with his game and we were always so close.”

Fowler was indeed swinging it “fine” in round one at the CJ Cup. The Californian ranked second for Strokes Gained: Tee to Green on the opening day and will be looking to match that up with a good putting performance over the next three days.