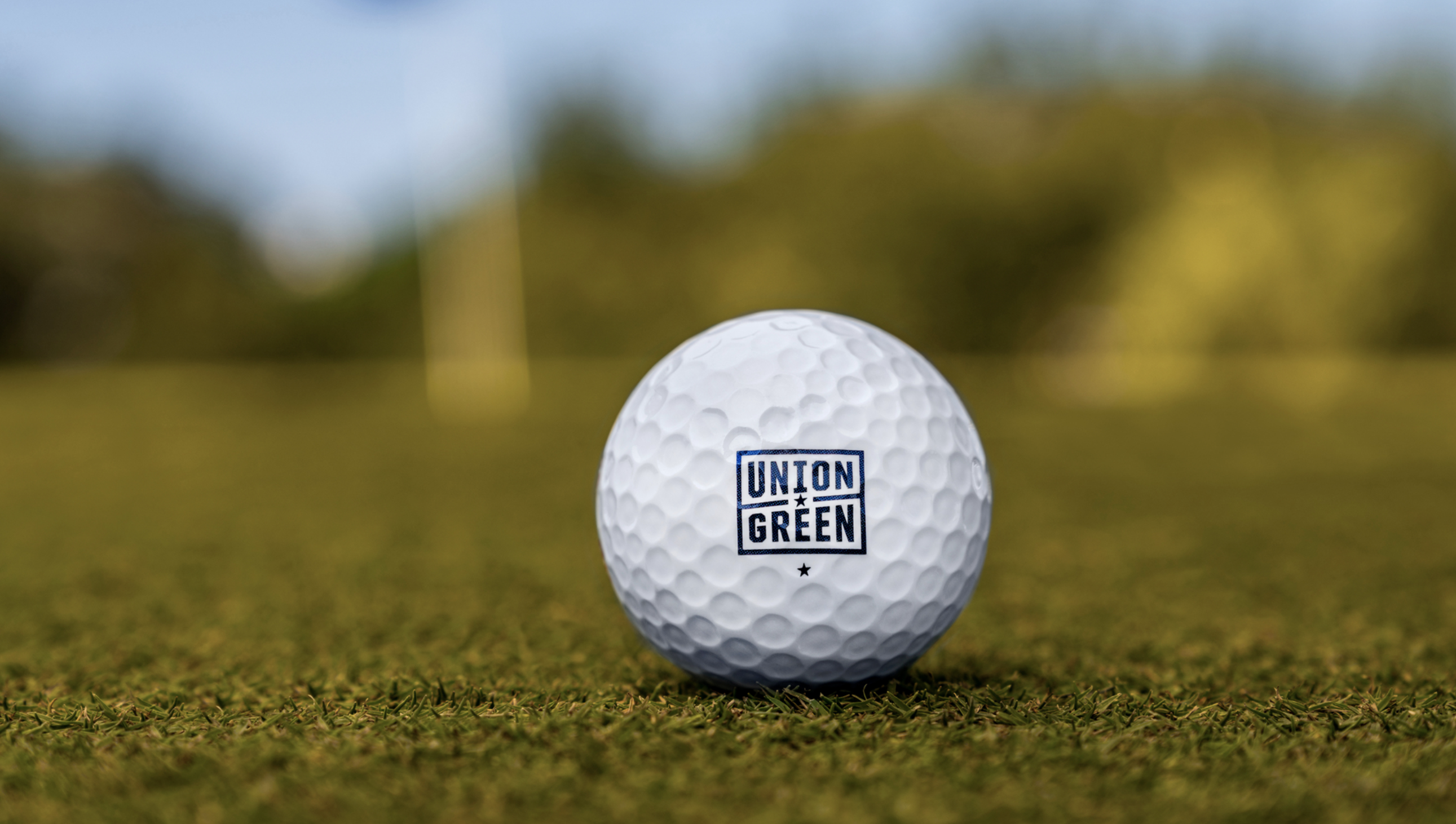 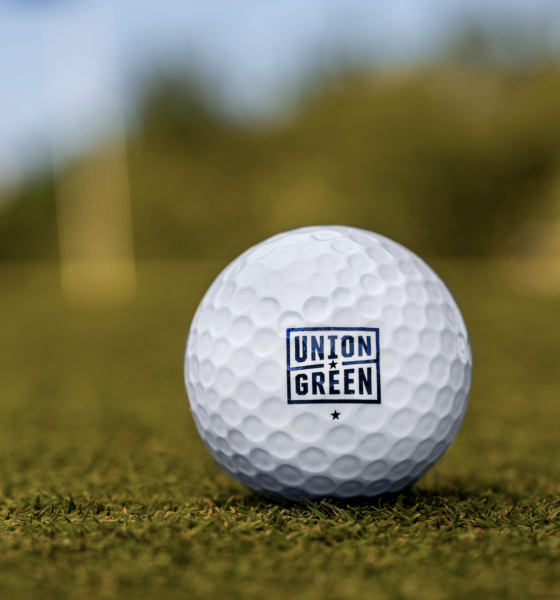 You might expect the announcement of a new golf ball brand to fly under the radar. With the launch of Union Green from Acushnet, the parent company to entrenched golf brands Titleist and FootJoy among others, however, there’s no danger of that. This golf ball launch is different and signals a shift in consumer interaction for one of the largest companies in golf. 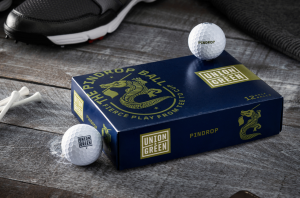 What is Union Green?

“Golf has the power to unite us all. With Union Green all are welcome.”

That single statement is the ethos of Union Green—to bring people together on the golf course, to be inclusive, inviting, and at the end of the day, to have fun.

Union Green seeks to represent the new age of the golfers that look to golf as a way to hang out with friends, relax, and have some fun along the way. From a branding standpoint, it’s the 9-hole muni down the street rather than the high initiation private club that you can’t see past the gate: both are great in their own way, but one is more relatable to the majority of the golf population than the other.

The new company will be largely direct-to-consumer, but considering Acushnet’s deep penetration in both on and off-course retail. you can expect to see the full lineup of lifestyle softgoods and accessories beyond the two new golf balls in shops around the country and beyond. Does that mean exclusive private clubs? Probably not. But at your local public course looking to offer a more value-priced golf ball, absolutely! 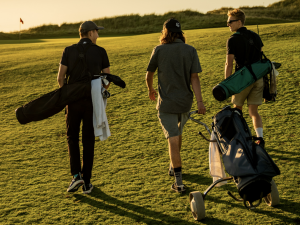 So, about the golf balls…

In the cluttered space that is direct-to-consumer golf ball brands, from a product standpoint alone, Union Green separates itself in a way that no other current company can. Its golf balls are made in the United States under the same strict quality control standards that other balls under the Acushnet brands are made, including Titleist TourSoft. 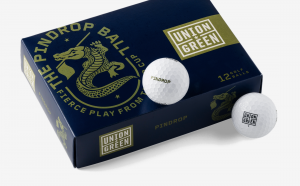 A three-piece ball built to offer greenside performance without giving up distance or trajectory—simple as that.

The tech details are light, but that’s OK. The golfers these are targeted at aren’t worried about the newest urethane mixtures being used to build the cover or some compound infused into the core to make them faster. It’s all about performance and value, and with Pindrop you get a three-piece (non-urethane covered ball) for $27.99 per dozen. 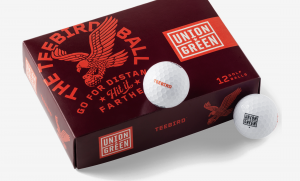 A two-piece ball built for distance and designed to fly straighter. Once again simple and to the point. Plus, for only $19.99 per dozen, the Teebird offers great value for the golfer who might lose a few during a round. Not everyone can shrug off smashing a $6 ball into a pond, but at only $1.67 apiece, it’s an easier pill to swallow.

What does this mean for Acushnet?

This is the million-dollar question. Union Green is not Titleist Light or a Pinnacle replacement, it’s a totally new upstart to fill the void for golfers serious about having fun while playing golf—those who don’t relate to the stuffy atmosphere that is often associated with the sport. 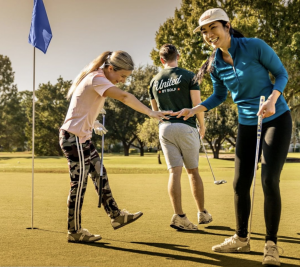 Lifestyle brands in and out of golf tend to go in two directions: high-end and luxurious or more value and consumer-accessibility focused. The well-branded UnionGreen.com website, with long-haired, backward cap-wearing “dudes” and casually dressed legging-wearing women golfing, tells you everything you need to know about what they represent and who they are hoping to connect to.

Union Green has hit the nail on the head. As a millennial golfer myself who spends a lot of time playing public golf with people from all age demographics, this is a growing segment of the golfing population. Golfers, regardless of age or gender, who care less about what shaft is in their driver and more about making sure fun is had on the course with friends.

As an equipment-obsessed, fully tuned-in golfer, this might not relate to you, but I’m sure you know or play golf with someone that fits right into Union Green’s target market. Acushnet is hoping the brand messaging lands, like a high, soft wedge into three green.

It will be interesting to see if it does. 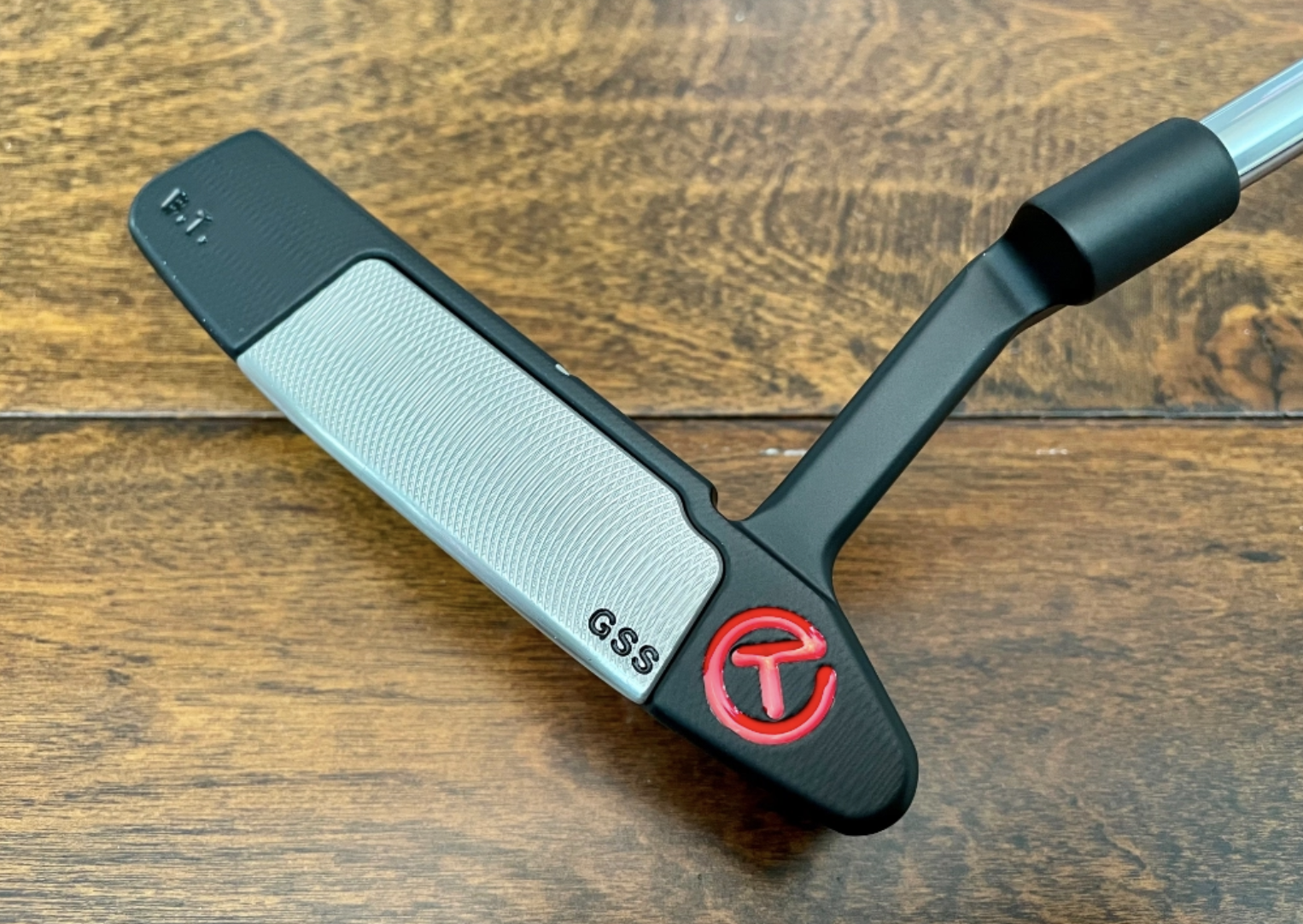 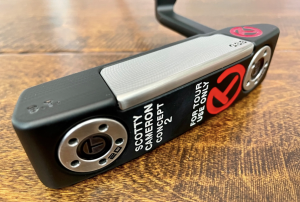 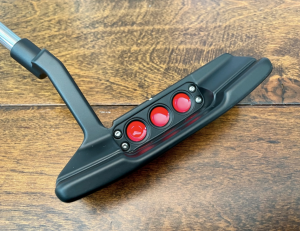 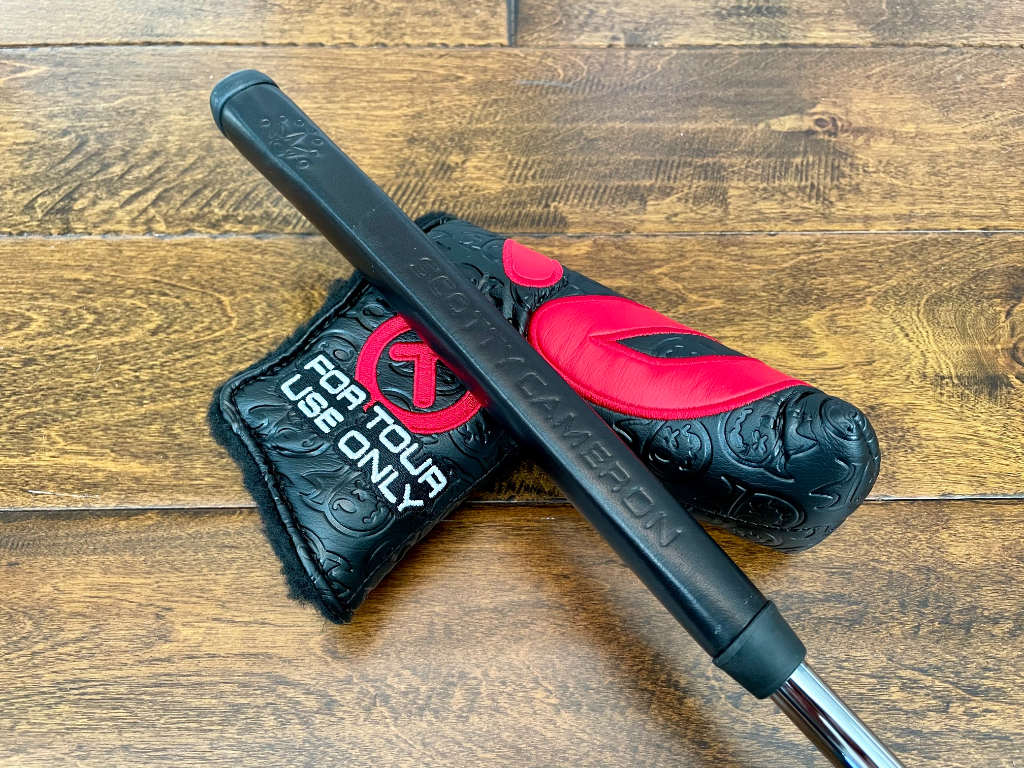 When it comes to Scotty Cameron gear, “if you know, you know,” and this Circle T Concept 2 is an exceptional putter with all kinds of cool details all the way down to the grip and headcover. You can check out the whole listing here: Tour Proven Circle T Concept 2 PRICED TO MOVE which also features the price. 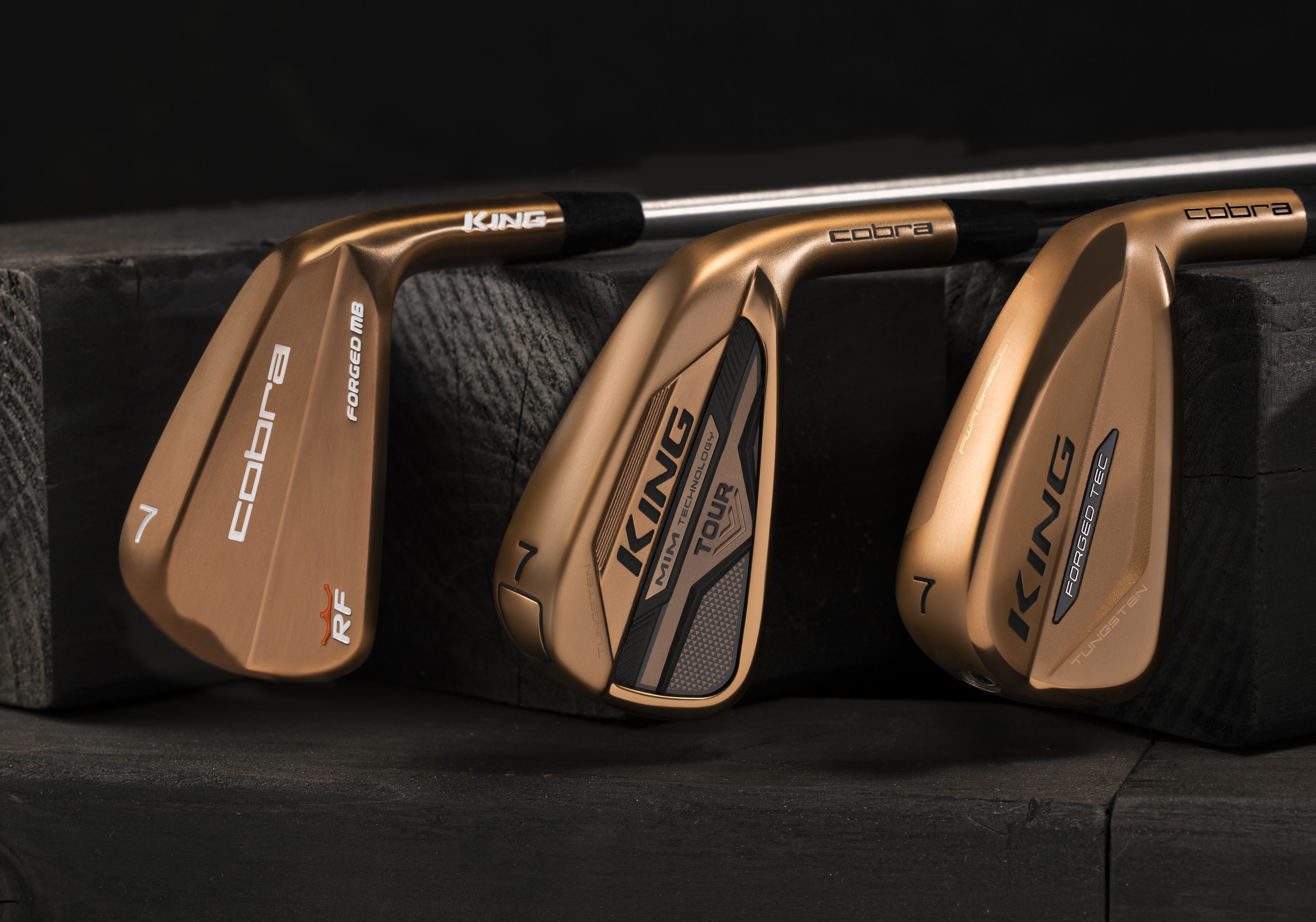 If you loved the look of the Cobra limited edition RF Proto Rev33 irons but were looking for an iron more forgiving to your golf game—or more friendly on your wallet—you’re in luck. The new Copper Series features some of the most popular irons in the company’s lineup, along with a new version of the King RF blades in a stunning copper finish. 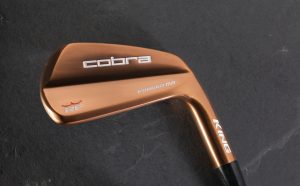 The new Cobra RF MB blades share all the same features as the limited edition Rev33, except for the one key difference being the new RF MB’s are forged to final shape through a precise five-time forging process with the face and grooves being CNC milled—versus the Rev33 irons being 100 percent CNC milled to spec. 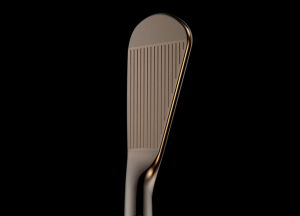 This change in the process produces an equally precise iron but at a friendlier price compared to the limited edition set.

Just like Rickie’s gamers, the RF MBs have a tungsten weight positioned in the toe to locate the CG directly behind the middle of the iron’s face to enhance stability and feel.

The King RF Forged MB irons will be available in right-handed only and come 4-iron through pitching wedge with KBS C-Taper 120 steel shafts, along with Lamkin Crossline Connect grips in the stock configuration. They are priced at $1,399. 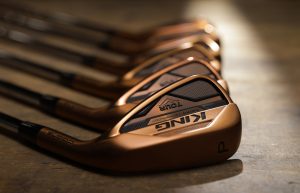 For the golfer looking for a compact cavity back, Cobra is also offering the recently released King Tour irons produced using MIM in copper.  Here’s a refresher on Metal Injection Molding:

It’s a process using a mixture of 304 stainless steel metal powder, which is heated and injected into a mold. Using a sintering process, the metal is heated to a higher temperature than forging (1340°C vs. 1200°C), which provides a smoother grain flow structure versus forged and cast to maximize soft feel.

Much like the RF MB, the multi-material King Tour irons have a tungsten weight inserted into the toe section to precisely locate the CG to the middle of the face.

The King Tour irons will be available in right and left-handed and come 4-iron through pitching wedge with KBS $-Taper 120 steel shafts, along with Lamkin Crossline Connect grips in the stock configuration. A 3-iron and gap wedge are also available through custom orders. They are priced at $1,399. 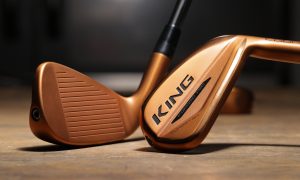 Now, for those golfers who put a premium on distance, Cobra is also offering the King Forged Tec in copper with all the same technology you know and love from this compact hollow design.

The hollow iron heads are filled with foam microspheres to produce a soft and solid feel at impact and the face features what Cobra calls a forged PWRSHELL insert to maximizes ball speed and launch across the entire face.

The King Forged Tec irons will be available in right and left-handed (variable length only) and come 4-iron through pitching wedge, with a 3-iron and gap wedge available through custom orders. The stock configurations include KBS $-Taper lite in steel and Project X Catalyst 80 (x and s flex) and 60 in R-flex along with Lamkin Crossline Connect grips. The irons are priced at $1,199.

All three of the copper iron sets will be available at retail and through cobragolf.com starting March 12.

They will also include Cobra Connect powered by Arccos and come with a free 90-day trial of Arccos Caddie. 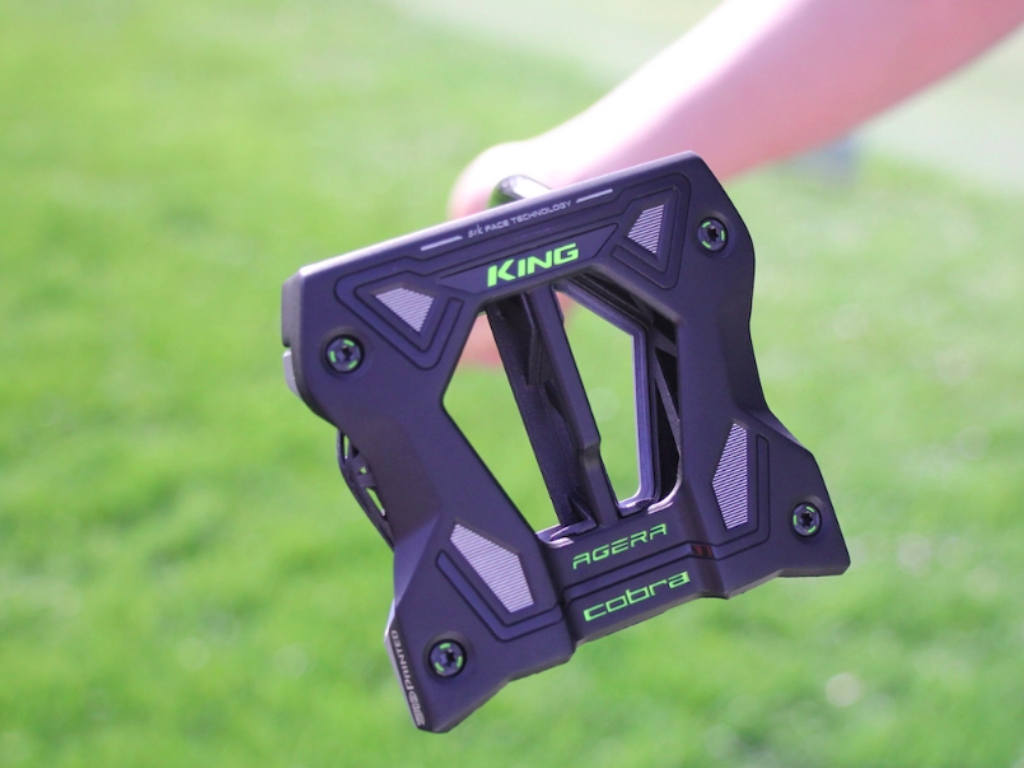 Ahead of this week’s 2021 Arnold Palmer Invitational, Jason Dufner has been spotted with a new Cobra 3D printed putter. The 43-year-old has been testing the flat-stick on Bay Hill’s grounds ahead of this week’s event, and our members have been discussing the putter in our forums. 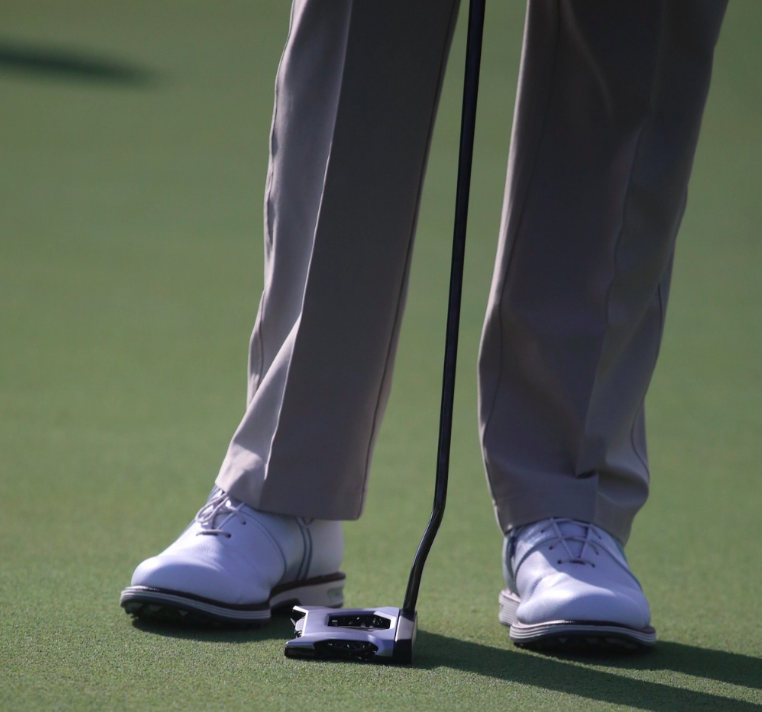 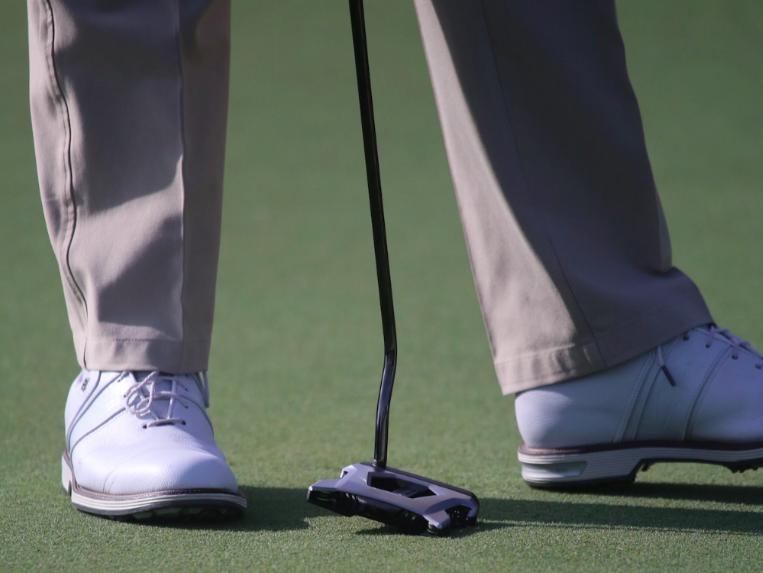 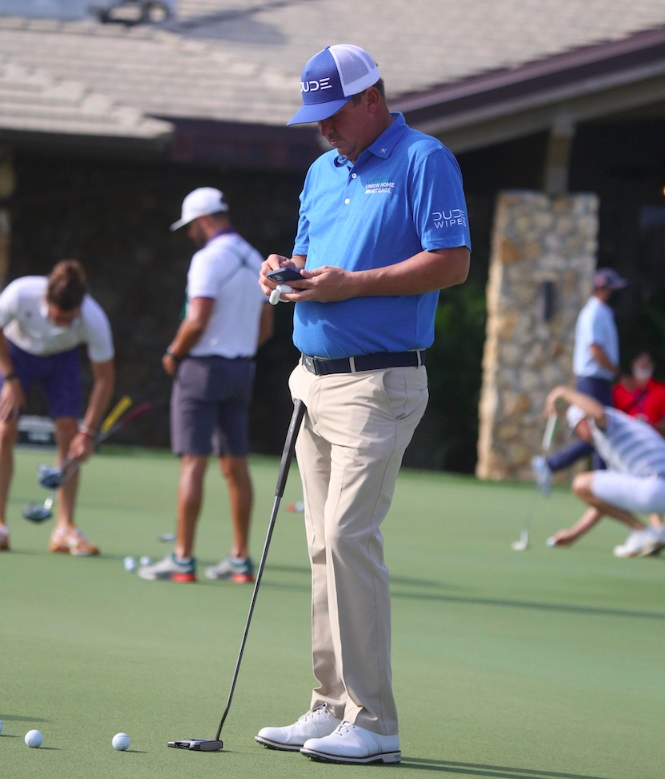 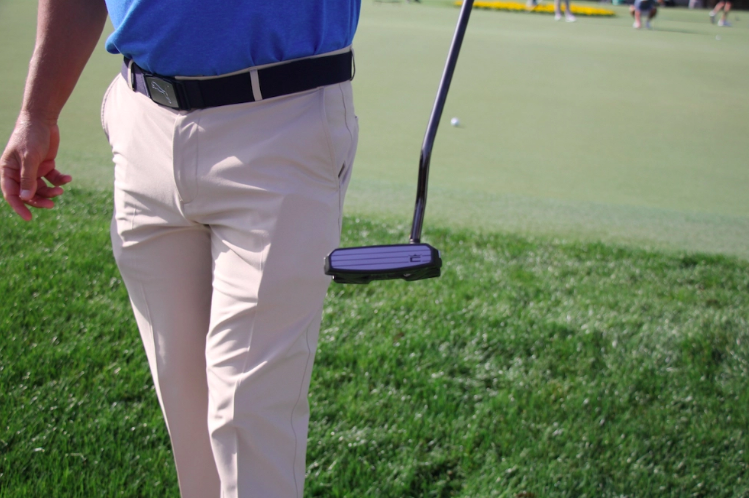 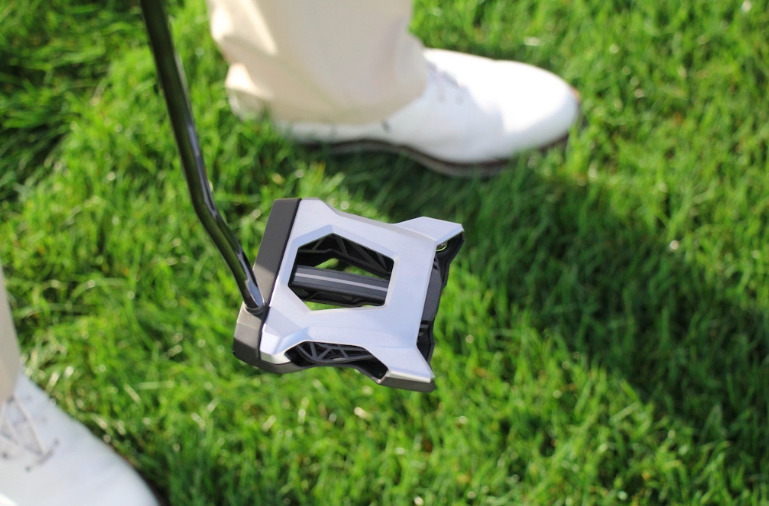