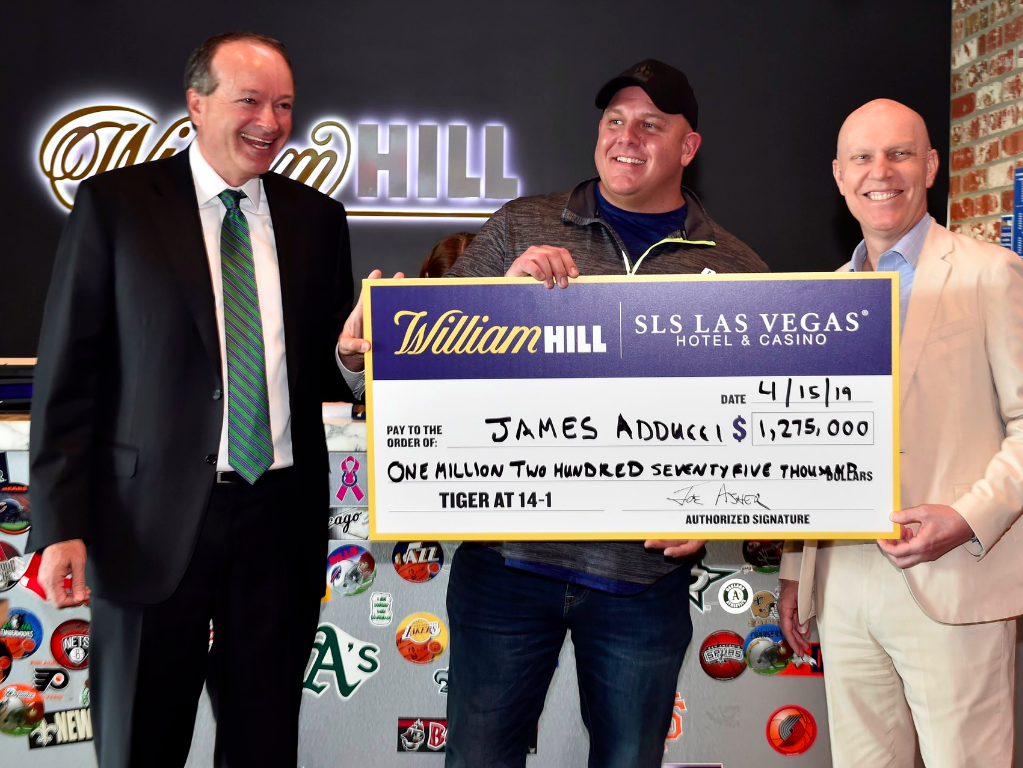 Tiger Woods’ victory on Sunday delivered one happy punter a $1.2 million payday, after an $85,000 gamble on the 15-time major champions paid off. What’s more, it was the individual’s first-ever sports bet, according to a New York Post report.

James Adducci, a Wisconsin native, flew to Las Vegas to place the wager the week before the event. The self-employed day trader was turned down by two separate sportsbooks in Nevada, but William Hill took the ill-fated decision to accept Adducci’s bet, which resulted in one of the biggest individual payouts on a futures bet in the companies history.

James Adducci is the man behind the $85K bet at 14-1 on Tiger Woods to win the Masters.

He's getting a check from @WilliamHillUS for $1.19 million and says it was his first ever sports bet.

Flew out to Vegas to make it and was turned down at two sportsbooks. Amazing

What was behind Adducci’s confidence to place the wager? The motivation Adducci believed Woods would feel from performing and wanting to win in front of his kids.

“A month before is when I knew I was going to do it. I had been thinking a lot about this. I watched Tiger’s performance at the Tour Championship, and things seemed to be going his way. I looked at how well he did there, and some other factors you can’t put stats behind.

It wasn’t about the stats for me. The fact that this was going to be his first major in front of his kids, I was convinced he would win.”

Behind every great man is a great woman they say, and in this particular story that idiom certainly rings true. When disclosing the proposed wager to his wife the week before the Masters, Adducci said

“She said to me, ‘I can’t stop you from doing this, because if he wins, I’ll never forgive myself.’ She’s a keeper.”

As for WilliamHill,  Nick Bogdanovich, director of trading at the U.S. office of William Hill said on the payout: ‘It’s a painful day for William Hill – our biggest golf loss ever – but a great day for golf.’

TaylorMade Original One: A new twist on the mini driver